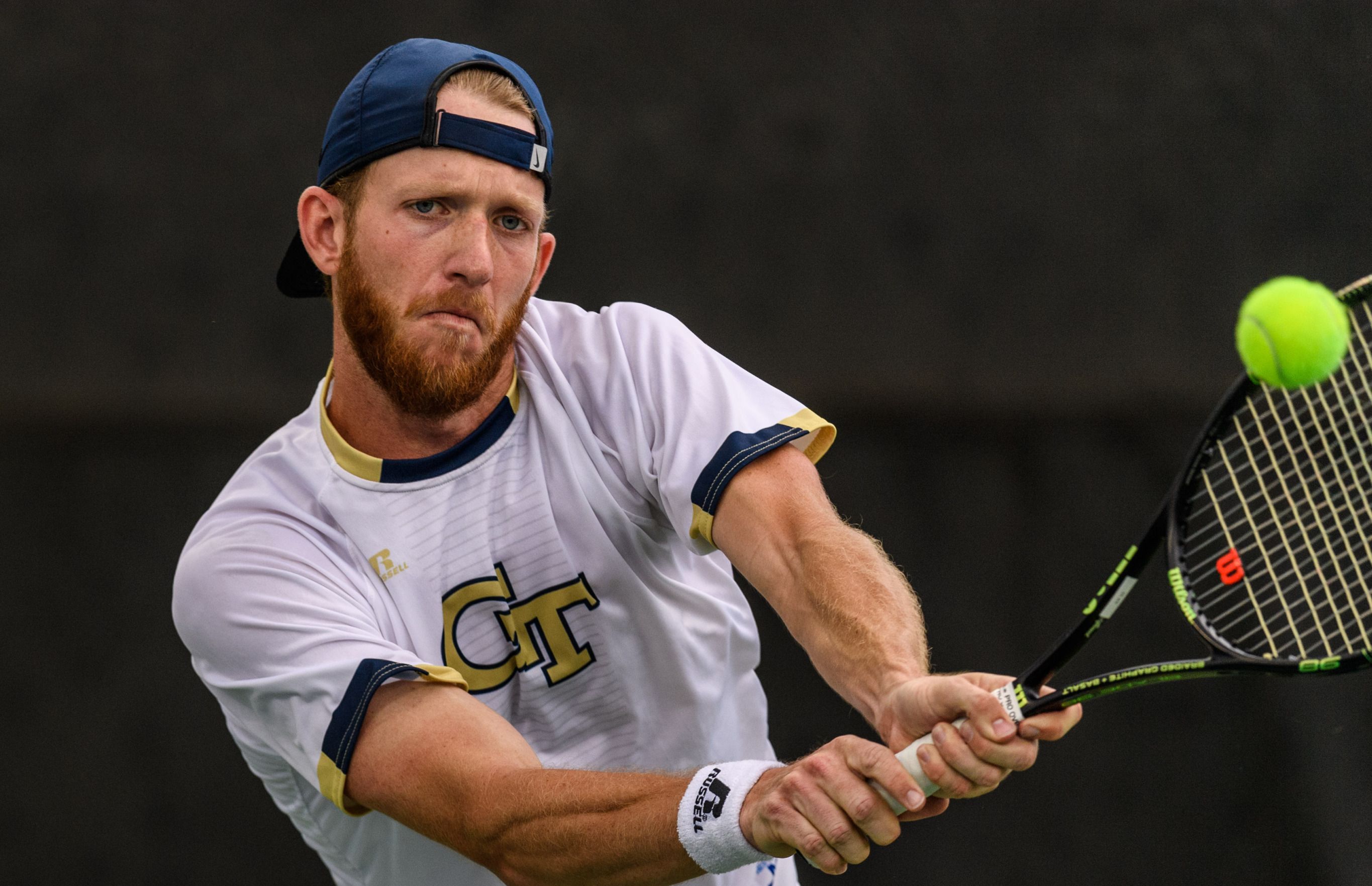 THE FLATS – Recent Georgia Tech graduate Michael Kay will get an opportunity to compete for a spot in the singles draw of the BB&T Atlanta Open as one of four entries in the BB&T Atlanta Open Wildcard Challenge, which will take place July 18 and 19 at Atlantic Station, site of the main event.

Play will start at 10 a.m. on July 18 and 11 a.m. on July 19. The winner on July 19, will have earned a wildcard into the BB&T Atlanta Open singles qualifying draw. The matches will take place on Court 3 at Atlantic Station, and admission is free.

The former Tech standout from Alpharetta, Ga., is back for another shot at a spot in the BB&T Atlanta Open Singles Qualifying Draw. Kay once again qualified for NCAA Tournament action this spring as part of the No. 20 doubles team in the country, partnering with sophomore Carlos Divar. The duo accounted for a 18-8 record this past season. Kay went 15-12 during his senior campaign in singles play for the Yellow Jackets.

Kay will face New Zealander Kiranpal Pannu, 21, in the semifinals. Pannu is trying his hand at ITF Futures Events, and has defeated 2017 BB&T Atlanta Open Wildcard Playoff winner, Catalin Gard, to reach the semis. In 2016, he played collegiate tennis at Columbus State. He was named ITA Southeast Region Rookie of the Year and was the Peach Belt Conference Freshman of the Year.

On the other side of the Wildcard Challenge draw is William Grattan-Smith of Atlanta, who defeated Christian Pumpelly, 6-2, 6-2, to advance to the semifinals. Grattan-Smith is a rising sophomore at the University of Nebraska. He finished his freshman season at Nebraska with a 10-14 overall singles record. He will take on Ralf Steinbach, a native of Germany who now lives in Roswell, Ga. He defeated Sean Presson, 4-6, 6-3, 6-0, to reach this point. He is a former Academic All-American at Ohio State and now a teaching professional in the metro area.

“It is always exciting to see a player emerge from our local tennis centers and get a chance to compete in the BB&T Atlanta Open qualifying draw,” stated Eddie Gonzalez, BB&T Atlanta Open Tournament Director. “Two years ago, Chris Eubanks came through seven matches in the Wildcard Challenge and then two matches in the singles qualifying draw to earn a spot in the main draw of an ATP World Tour 250 event.”

What: At stake is a wildcard into the BB&T Atlanta Open qualifying which begins on Saturday, July 21. Four local players competing for one spot.

“Every year, the Wildcard Challenge gives local talent an opportunity to earn their spot into the BB&T Atlanta Open,” Gonzalez adds, “I want our youth to come here and dream, and earn a shot to play in the qualifying.”