Sophomore Kristian Sjolund led four Georgia Tech players in double figures with 16 points Saturday as the Yellow Jackets captured the first game of their scheduled four on this tour of Spain, 99-78 over a Spanish All-Star team.

Sophomore Michael Devoe, on the strength of four three-point field goals, and junior Evan Cole each scored 14 for the Jackets, while senior Shembari Phillips added 10.

Tech hit 14 three-pointers in the game, including two each from Phillips, Jose Alvarado and Bubba Parham. Alvarado and Parham each scored eight points, as did senior center James Banks III.

After a tight first couple of minutes, Tech got hot, dropping six of its three-point field goals and scoring 15 buckets overall to grab a 38-19 lead after the first quarter. The Jackets were not able to sustain the torrid pace after that, leading 58-42 at the half and 74-57 after three periods.

The Spanish team put together an early flurry early in the third quarter to close within 11 at 61-50 with 6:15 to go, but Devoe hit a three and Cole followed with another bucket as the Jackets finished the period on a 13-7 spurt.

Tech will return to action at 6 p.m. local time (noon EDT) Sunday for its second game of the tour.

Sophomore guard Michael Devoe talks about the Yellow Jackets 99-78 win in game 1 of their tour of Spain. 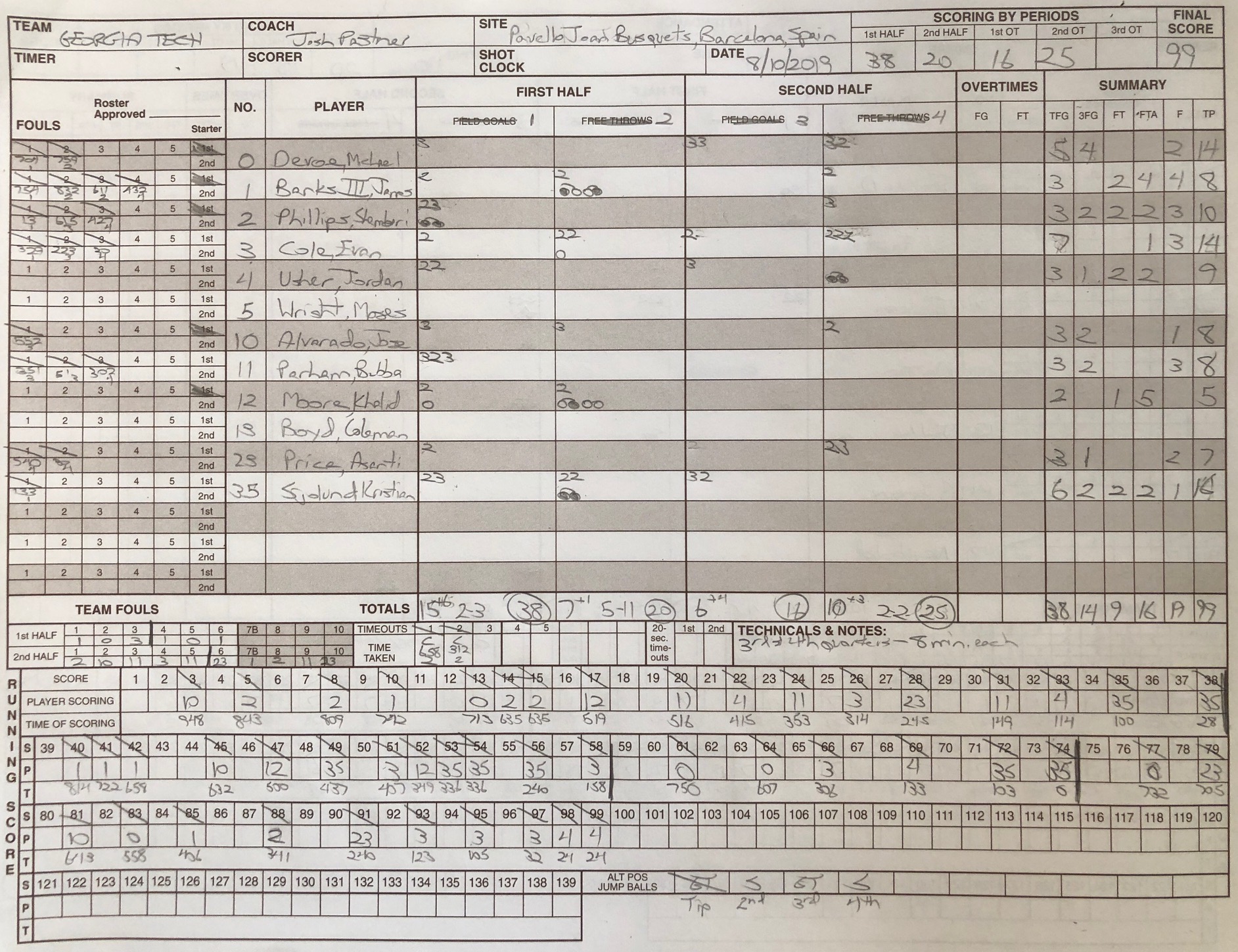 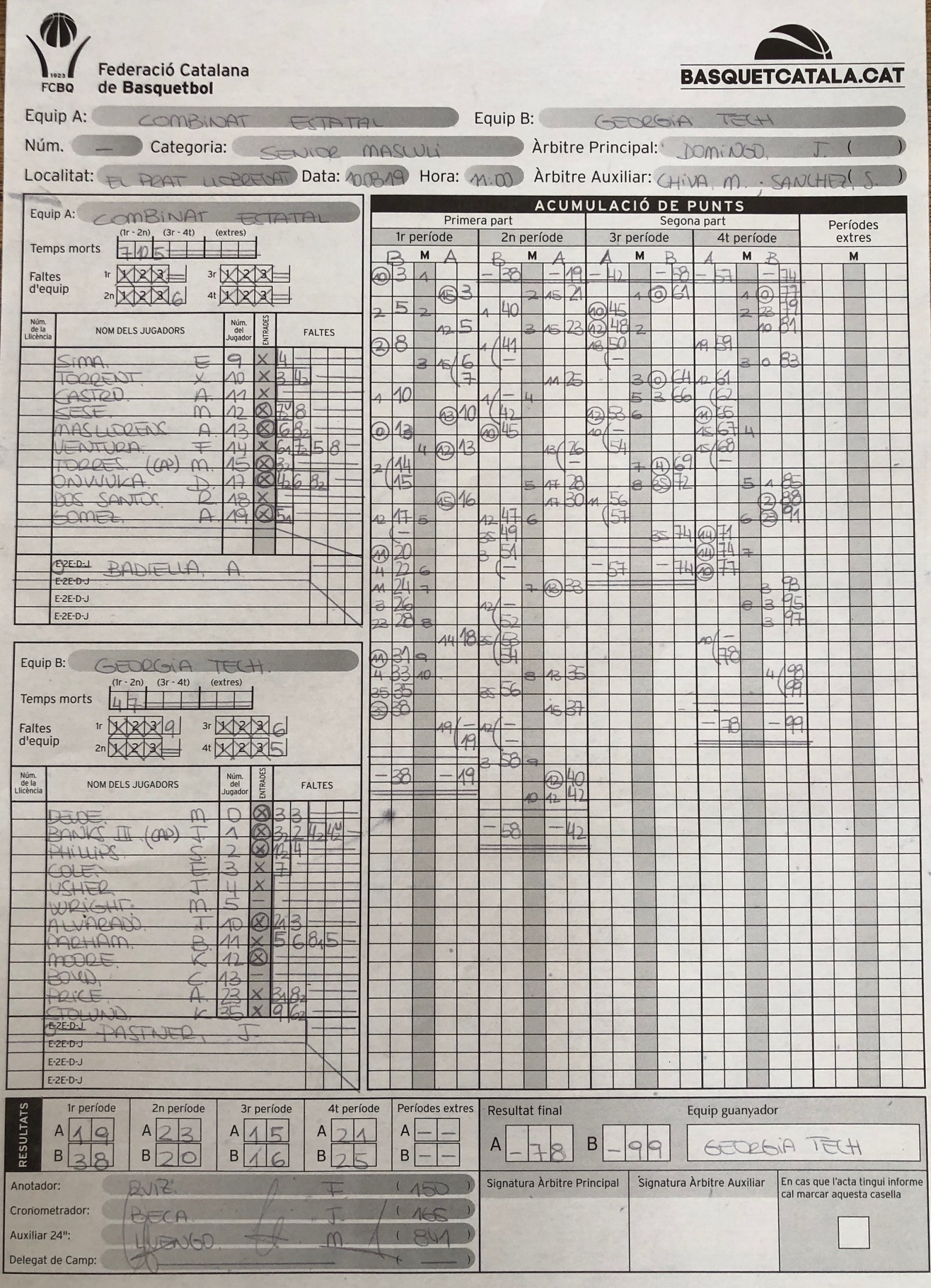