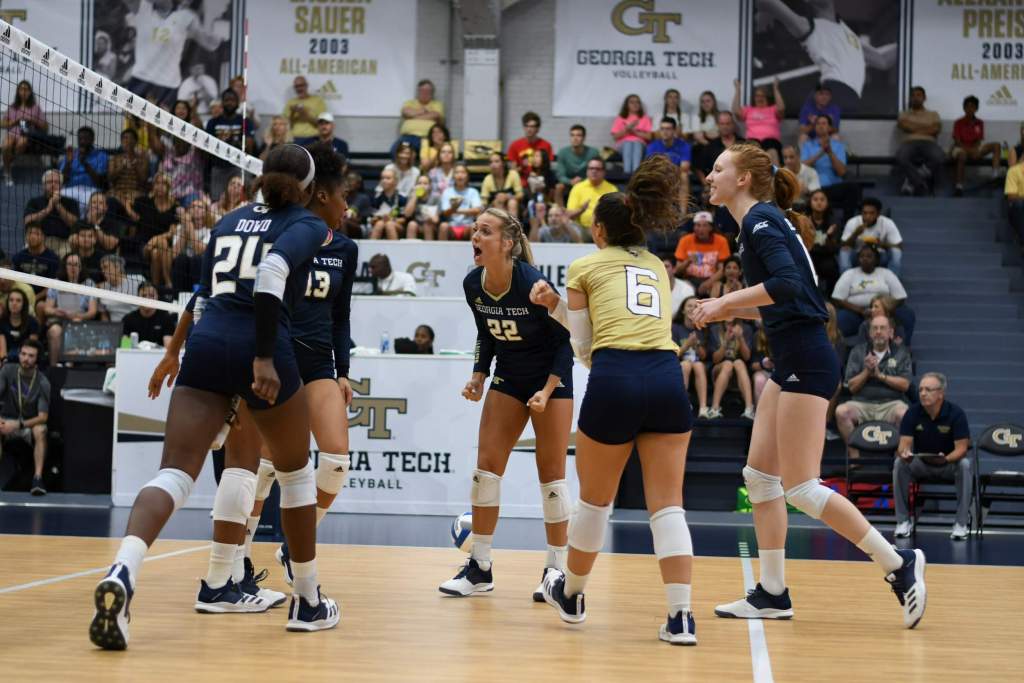 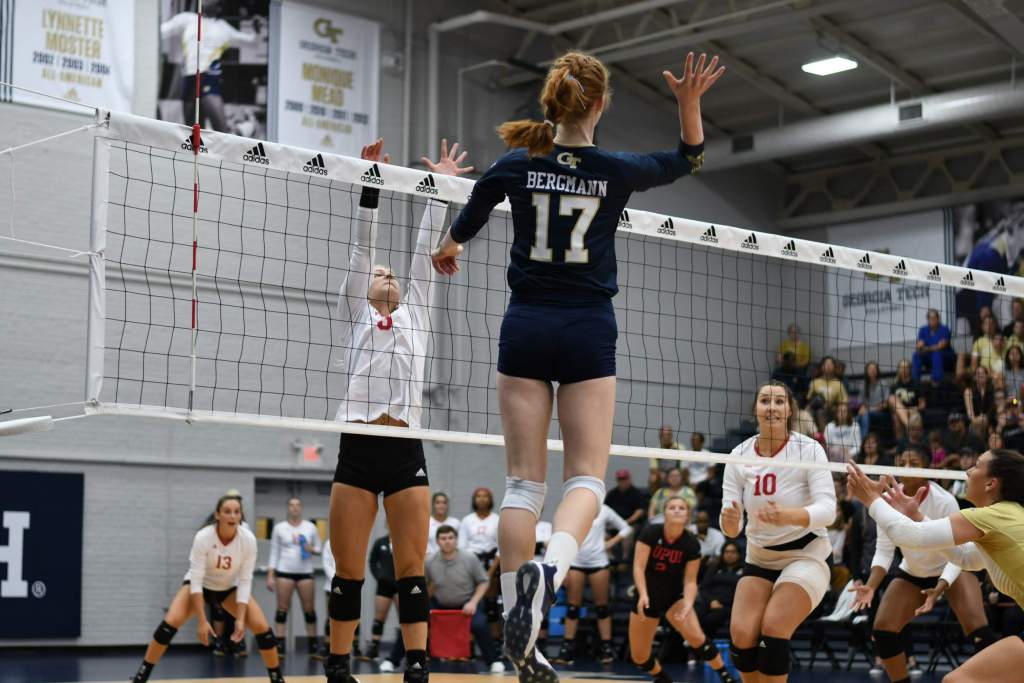 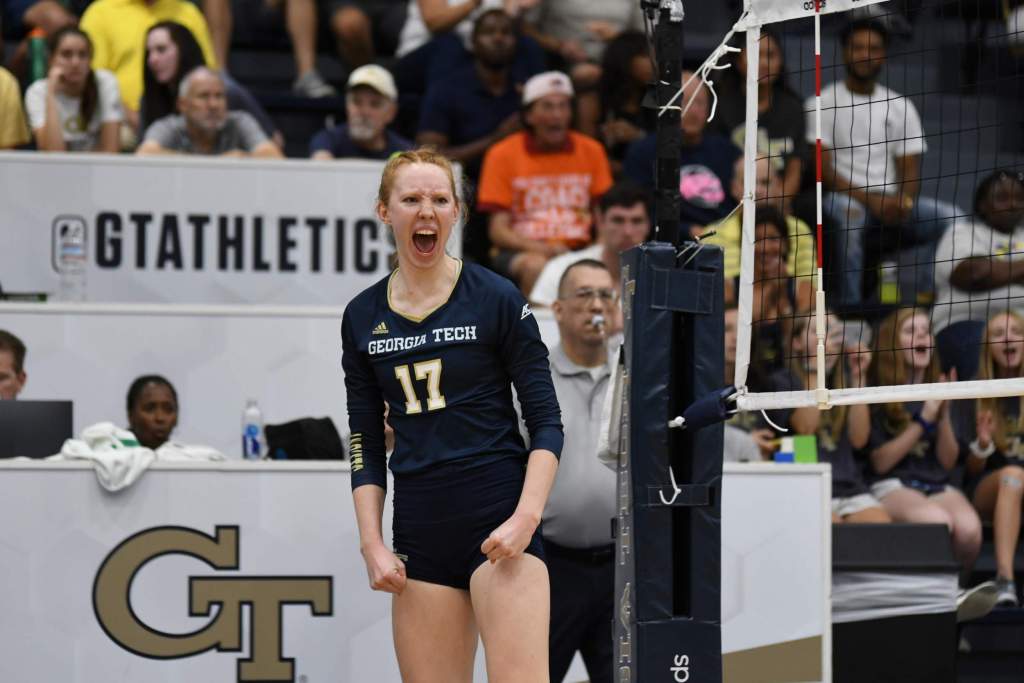 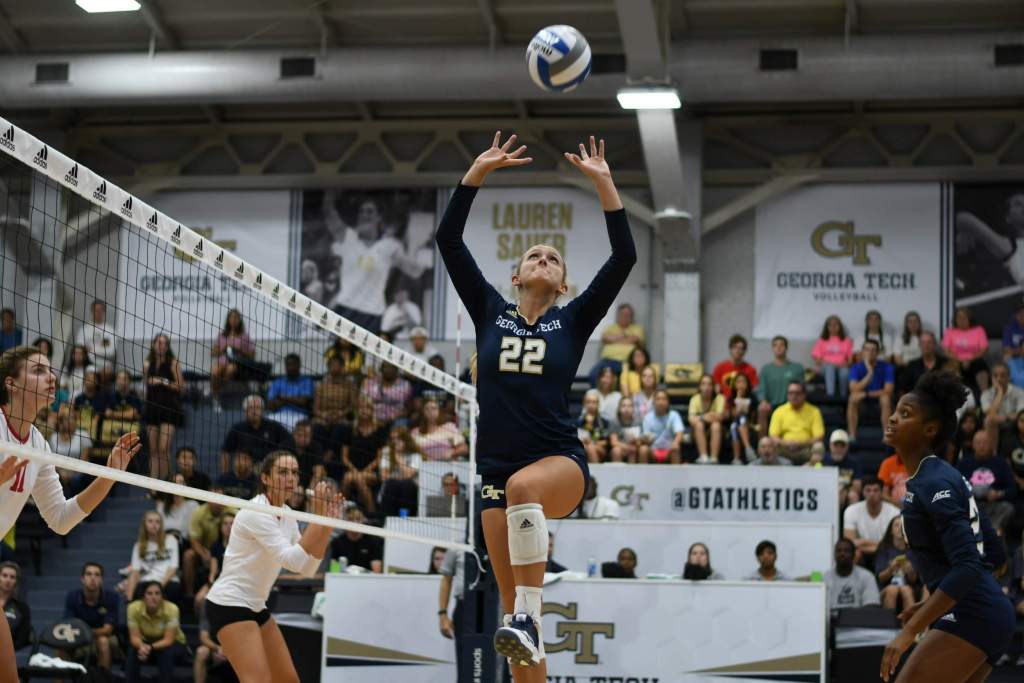 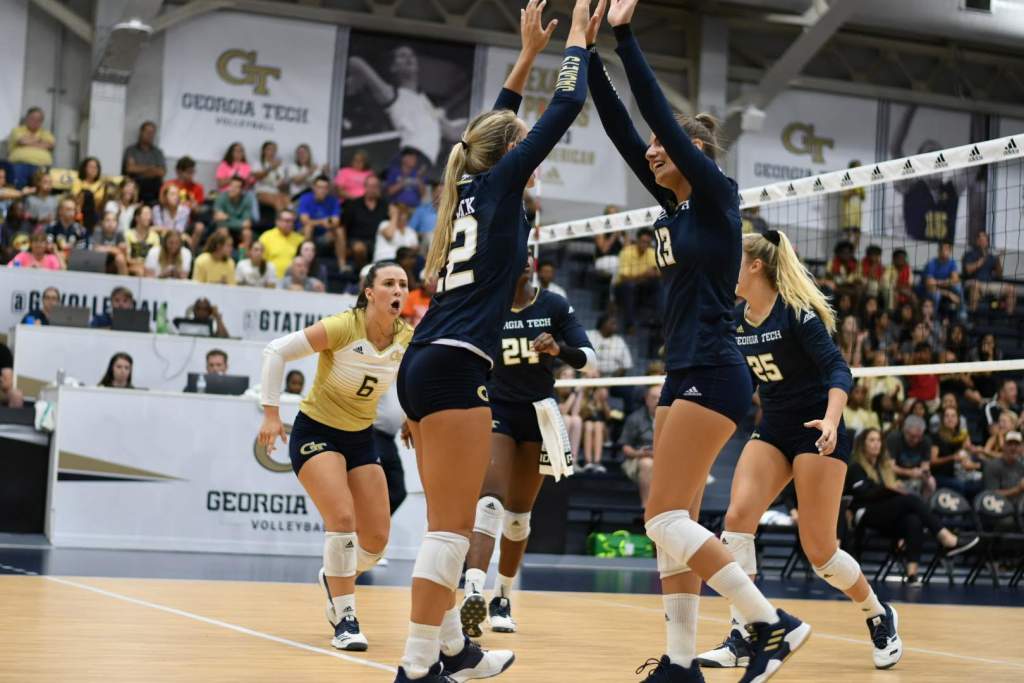 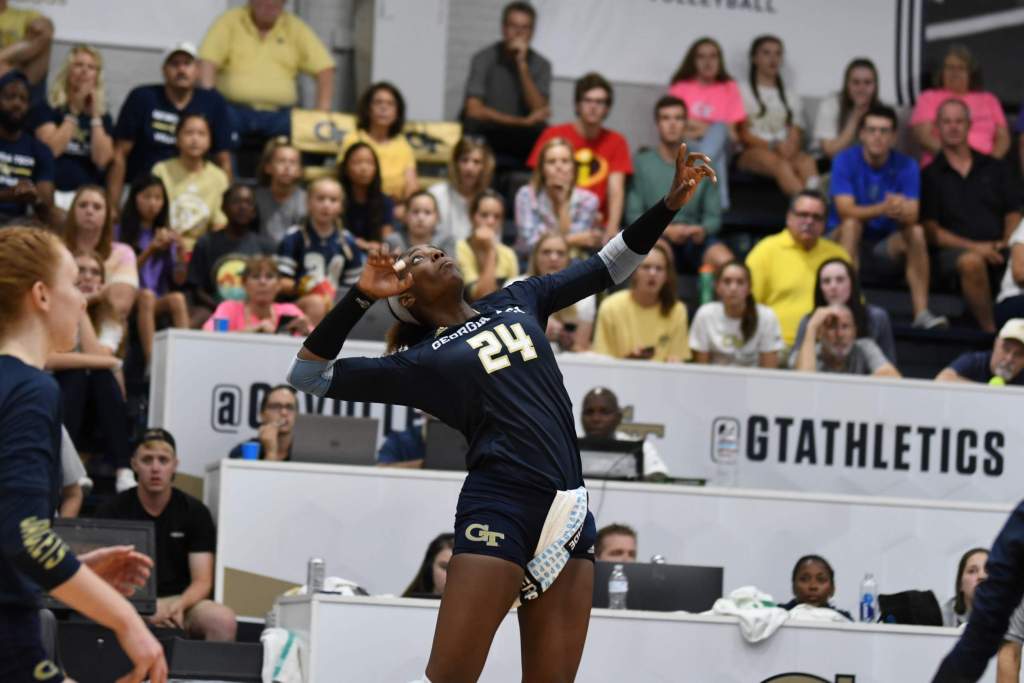 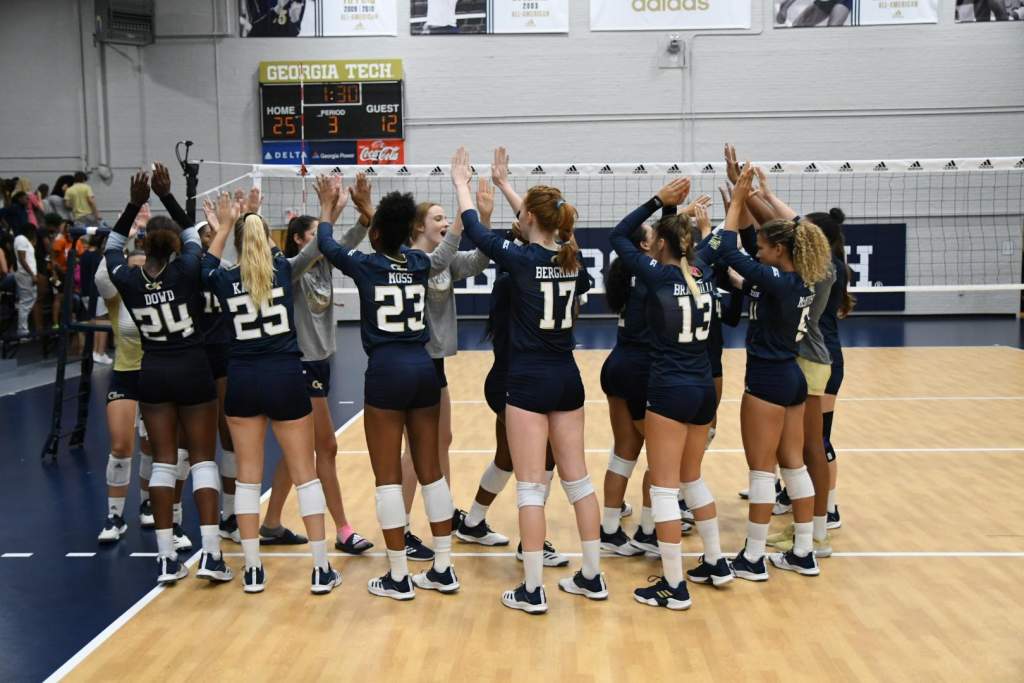 How it happened:
The Jackets set the tone early, speeding out to a 12-4 lead and IUPUI called its first timeout. A 4-0 run brought the Jaguars within four at 12-8 but Tech pushed right back out, moving their lead to 19-10. Tech only allowed four more points before a kill from junior Cori Clifton secured the set at 25-14.

The second set was a much closer battle. The squads traded points to a tie at 19-19 before IUPUI snuck ahead by two and Tech called timeout. The Jackets tied the set again at 23-23 and IUPUI called its first timeout of the set. The Jaguars reached set point but a kill from Bergmann kept the Jackets alive. Bergmann struck two more times, giving the Jackets set point and the win at 26-24 for the 2-0 advantage.

The Jackets used that momentum heading into the third set, using a 6-0 run to lead 13-7 on a kill from Bergmann. The White and Gold didn’t let up, cruising to set point at 24-12 on a kill from sophomore Kaila Kaiser. The Jackets forced an attack error by the Jaguars to get the sweep at 25-12.

Up next:
The Jackets hit the road, heading to Norman, Okla., for the OU Nike Invitational Sept. 13-14 where they will face Louisiana, Arizona State and host Oklahoma.