THE FLATS – Georgia Tech continues Atlantic Coast Conference play with the second of two road games this week, paying a visit to Syracuse for a 4 p.m. tip Saturday at the Carrier Dome. It is the second of two scheduled games between the two teams this season; the Orange defeated Tech, 97-63, on Dec. 7 in Atlanta.

Georgia Tech update (13-13, 7-8 ACC) – Tech sits in a four-way tie for sixth place in the ACC standings with Syracuse, Clemson and Notre Dame, one game behind fifth place NC State. The Yellow Jackets have won their last two games, defeating No 5 Louisville (64-58) at home on Feb. 12 and Wake Forest (86-79) on the road Wednesday night, and four of their last six in conference play.

Syracuse update (14-12, 7-8 ACC) – Like the first meeting between Tech and Syracuse, the Orange face the Yellow Jackets having lost three straight games. including a home loss to NC State (79-74) on Feb. 11 and road losses to Florida State (80-77) and Louisville (90-66) in the last week. Going back further, Syracuse has lost five of seven is 3-5 at home on conference play.

Junior forward talks to the media before Friday's practice.

Jose Alvarado and Michael Devoe have accounted for more than 40 percent of Tech’s points when both have been healthy. (photo by Danny Karnik) 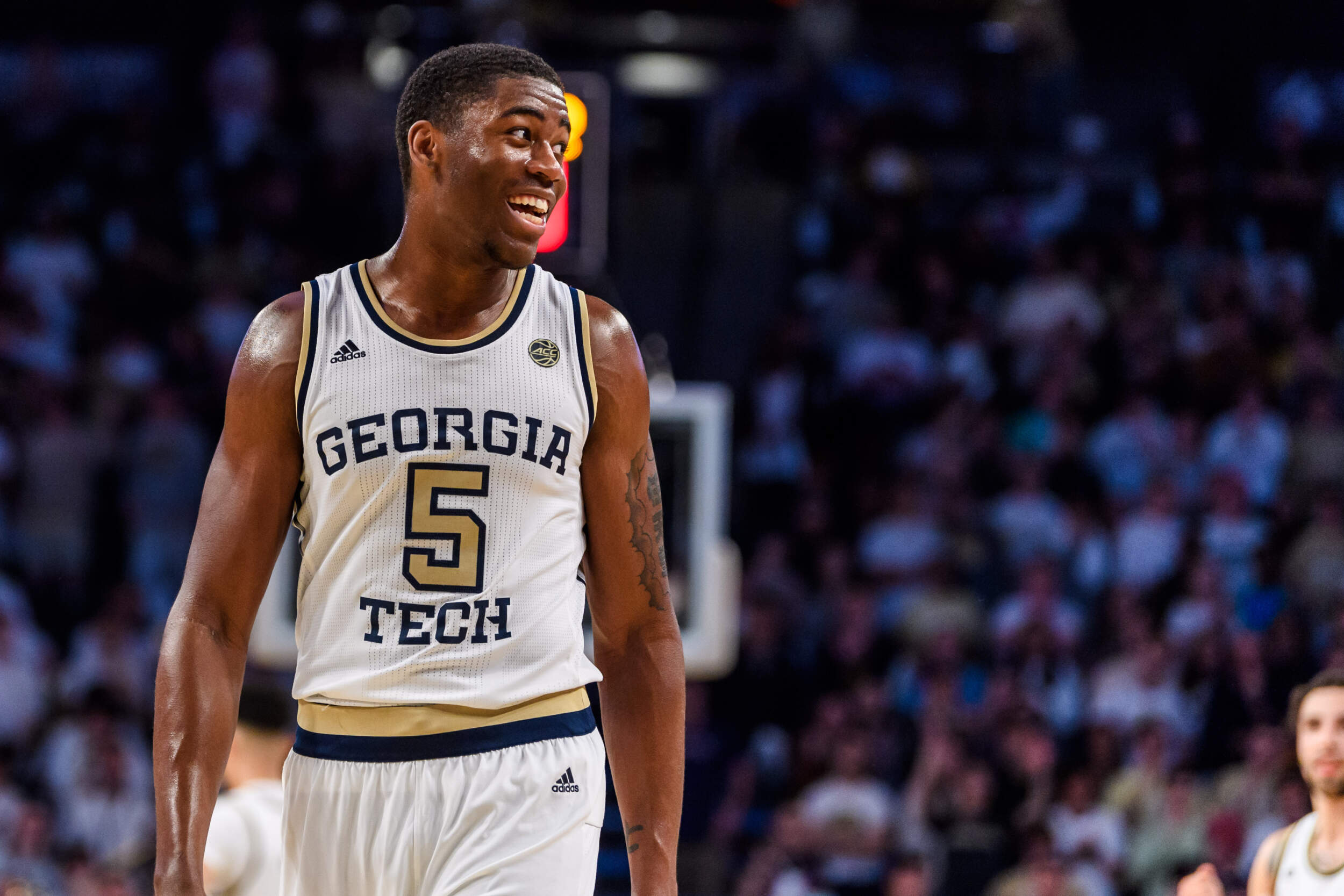