THE FLATS – Georgia Tech swimming and diving blared out of the gates and never looked back on a strong finale to its annual Invitational on Sunday, Nov. 24 at the McAuley Aquatic Center.

“I loved the way we competed all weekend,” head coach Courtney Shealy Hart said. “We fought hard in every race and I thought our energy was great in all of our sessions over the last three days. I’m proud of our swimmers and divers, and I’m really excited as we look ahead to the rest of the season.”

Emily Ilgenfritz then followed suit, setting a new school record in the first 1000 yards of her 1650 free (9:52.52) and went on to finish with a B qualifying time of 16:23.71, which is the second-fastest time in Tech history and a new personal best for the senior distance swimmer.

Senior Joonas Koski was the men’s top 1650 free finisher, touching the wall fifth to earn a B qualifying time of 15:23.79.

The Jackets also added two more to the Zones trip as senior Carly Doi placed third on the platform with a qualifying score of 240.15, a new personal best and good for fourth in school history. Junior Paige Gohr also earned a Zone qualifying score with 235.35, finishing fourth overall.

Overall, the men’s team finished fourth with 714 points, ahead of No. 6 Florida, while the women’s team battled to a fifth-place finish behind No. 1 Florida, No. 23 North Carolina and Alabama. 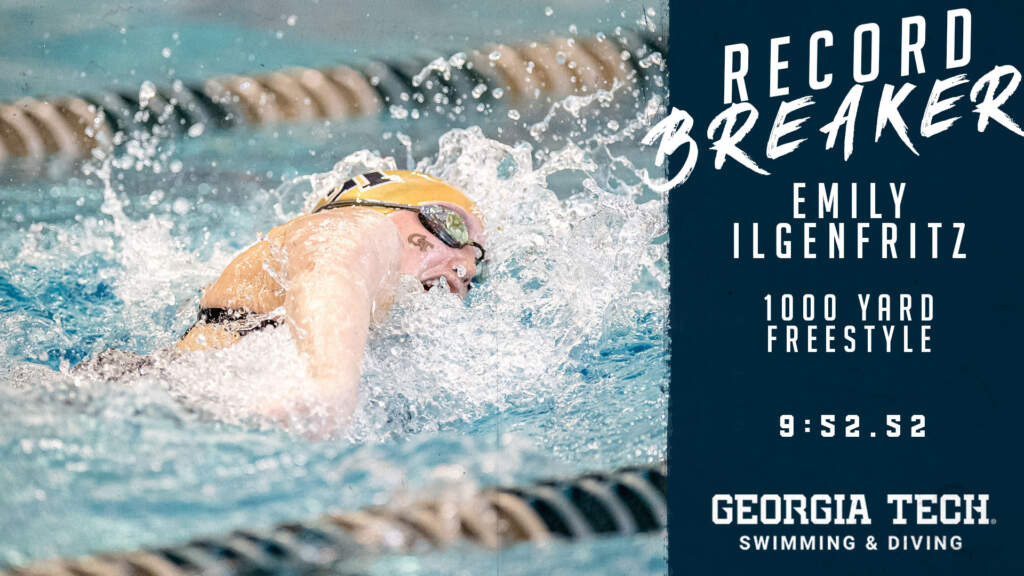 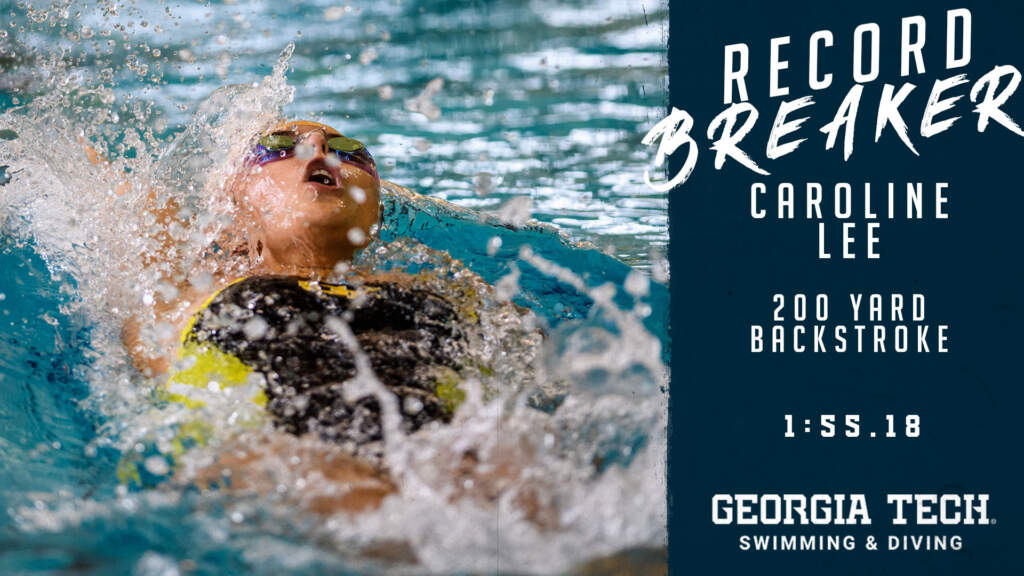 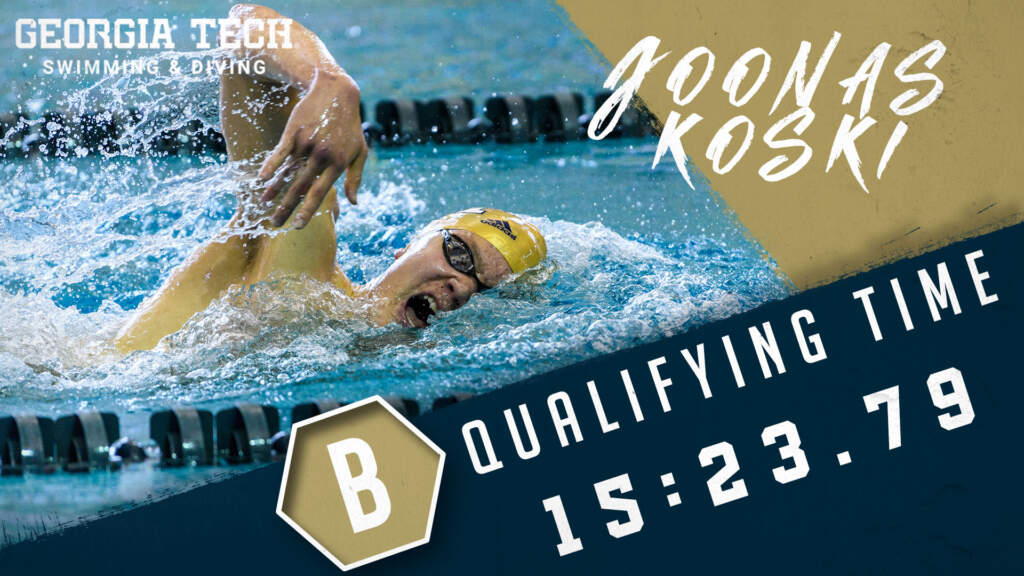 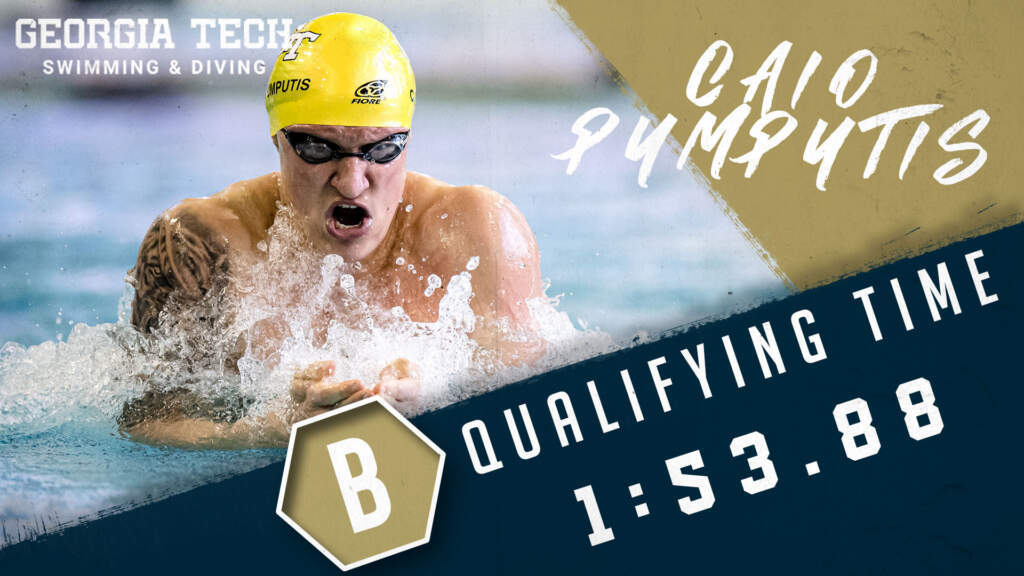 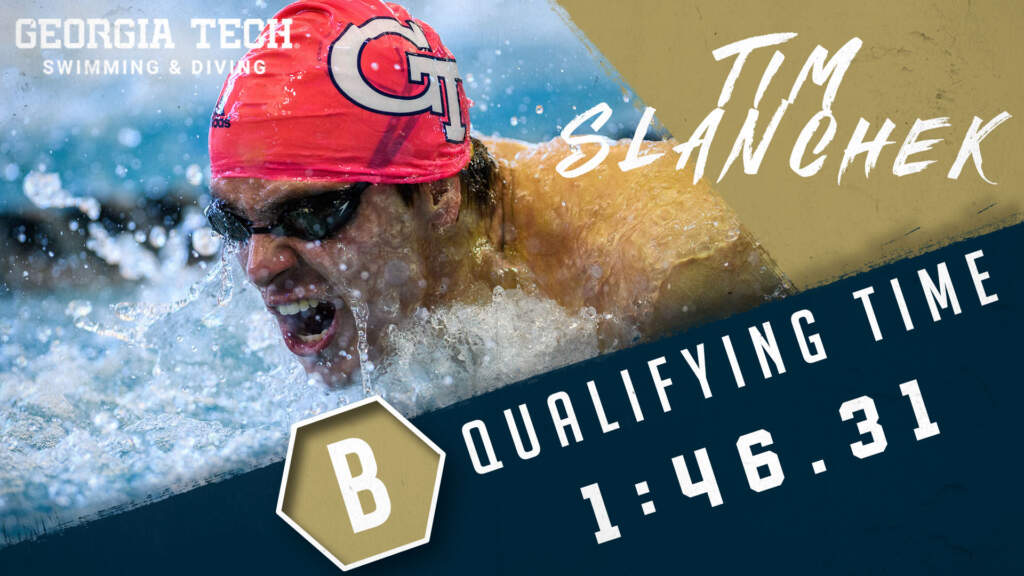 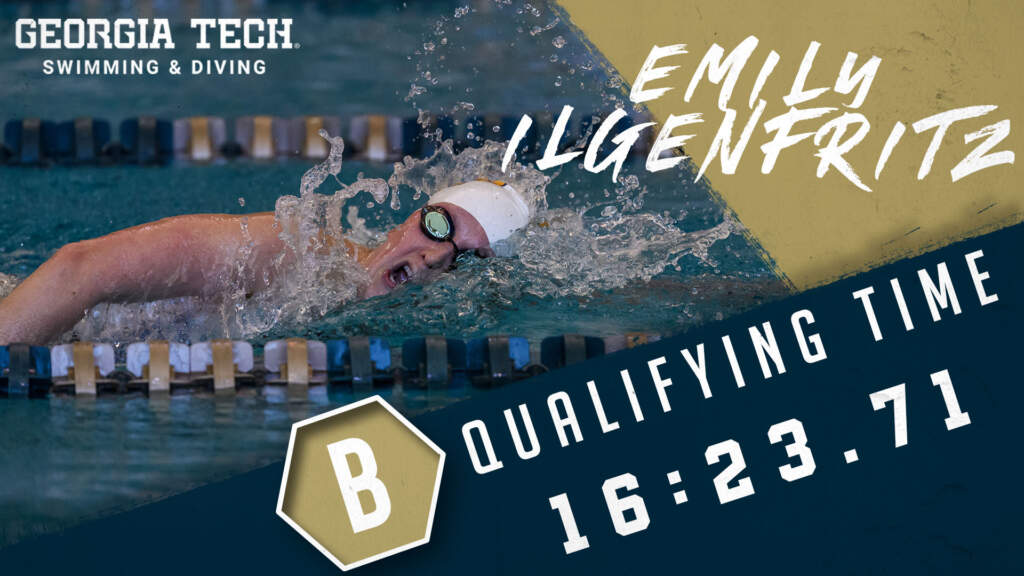 Sophomore Darren Lim was Tech’s top finisher in the 100 free, placing fourth in the B final (14th overall) with a time of 43.91, which also would’ve been top 10. Junior Corben Miles finished second in the C final (22nd overall) and set a new PR with a time of 44.28, followed immediately by fellow junior Austin Daniel, who touched at 44.49. Junior Albert Zhi then earned a new personal best, finishing in 44.72.

In the 200 Breast, sophomore Tanner Doan finished third in the B final (13th overall) with a personal-best time of 2:00.16. He was followed in the B final by junior Jonathan Yang with a time of 2:00.86 in fifth (15th overall), and senior Brennan Day who finished in 2:03.21 to place ninth (19th overall). Freshman Daniel Kertesz swam for the Jackets in the C final, touching the wall in 2:03.37 while finishing fourth (24th overall).

The 400 Free relay group of Ferraro, Lim, Daniel and Pumputis finished fourth with a time of 2:54.76, which is tied for sixth in program history.

Junior Jacob Kreider was the Jackets’ top finisher on the platform, scoring a personal-best 252.20 and placing eighth.

Starting off in the 200 fly B final, Ilgenfritz touched first with a time of 1:59.66, before freshman McKenzie Campbell swam a personal-best 2:00.02 – tying her for seventh on the Jackets’ all-time list – to finish fourth (14th overall). Then in the C final, senior Chloe Miller finished sixth (26th overall) in 2:03.52, followed by sophomore Maddie Hadd, who finished seventh (27th overall) with a time of 2:03.89.

Senior Kristen Hepler was the Jackets’ top finisher in the 200 breast, finishing eighth with a time of 2:14.44. Sophomore Nicole Williams (2:17.00) then earned sixth in the B final (16th overall) before junior Julia Shuford (2:17.98) touched ninth (17th overall).  Junior Catriona MacGregor swam a personal-best time of 2:18.21, finishing third in the C final (23rd overall).

And the 400 Free Relay group of freshman Brooke Switzer, freshman Kyrsten Davis, MacGregor and Ilgenfritz finished sixth with a time of 3:23.26.