THE FLATS – Freshman Loyal McQueen scored eight of her 17 points during a closing 11-0 run in the final three minutes as Georgia Tech came from behind to take a 71-69 Atlantic Coast Conference women’s basketball victory over Clemson Thursday night at McCamish Pavilion.

The win extended the Yellow Jackets’ winning streak to seven games, while Clemson has lost six of eight. Tech swept the season series from the Tigers and has won the last five meetings in the series.

In a game that Tech led by as many as 14 points, the Yellow Jackets (11-3, 9-2 ACC) found themselves behind 69-60 with 2:54 left in the game after Clemson (10-7, 5-7 ACC) had scored nine straight points. But the Jackets forced six turnovers in the Tigers’ final eight possessions to fuel the closing spurt. McQueen scored twice on fast break layups, including the game-tying bucket with 1:20 left, and hit a corner three during the run. Senior Kierra Fletcher scored the other two baskets, including the go-ahead layup with 33 seconds remaining.

Freshman Ayana Boyd made the key play after that. She missed a pair of free throws that would have extended the Tech lead with 18.2 seconds left, but stood in and took a charge on the Tigers’ Amari Robinson that nullified what would have been the tying basket with five seconds left. 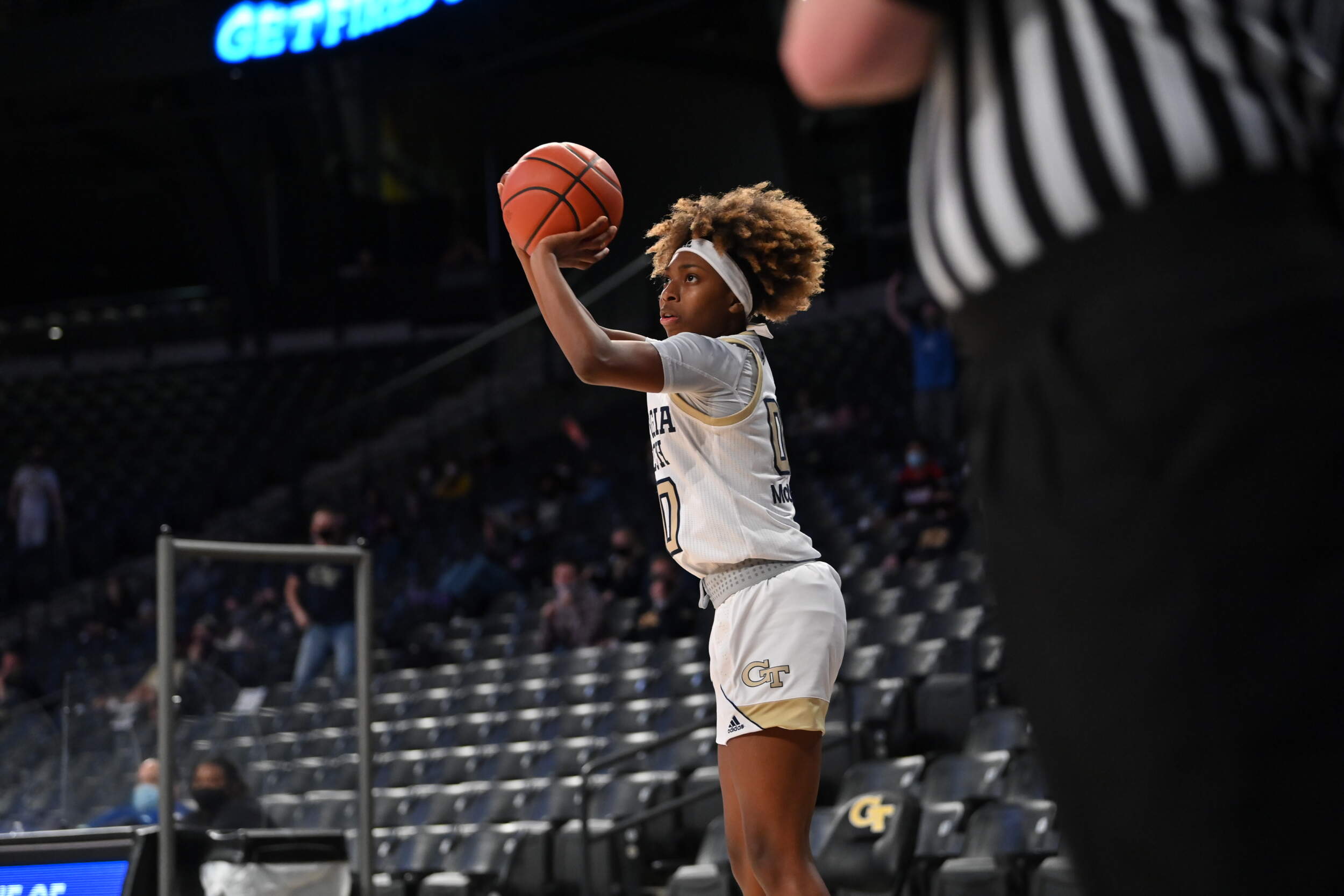 Lotta-Maj Lahtinen matched McQueen for Tech scoring honors with 17 points, including three three-point baskets. Lorela Cubaj posted her eighth double-double with 12 points and 12 rebounds, and added five assists for the Jackets. Fletcher finished with eight points, scoring six of them in the final period.

Freshman Gabby Elliott led three Tigers in double figures with a game-high 19 points, 12 of them in the first half, while Delicia Washington scored 17 and Kendall Spray added 16, including four three-pointers. Spray and Washington led a Tigers’ comeback in the third quarter that turned a 14-point deficit into a three-point lead, combining for 12 points in a 21-4 run to finish out the period.

Tech returns to action Sunday, hosting Wake Forest at noon at McCamish Pavilion. The game will be televised live on the ACC Network, with a live stream available on the ESPN app. 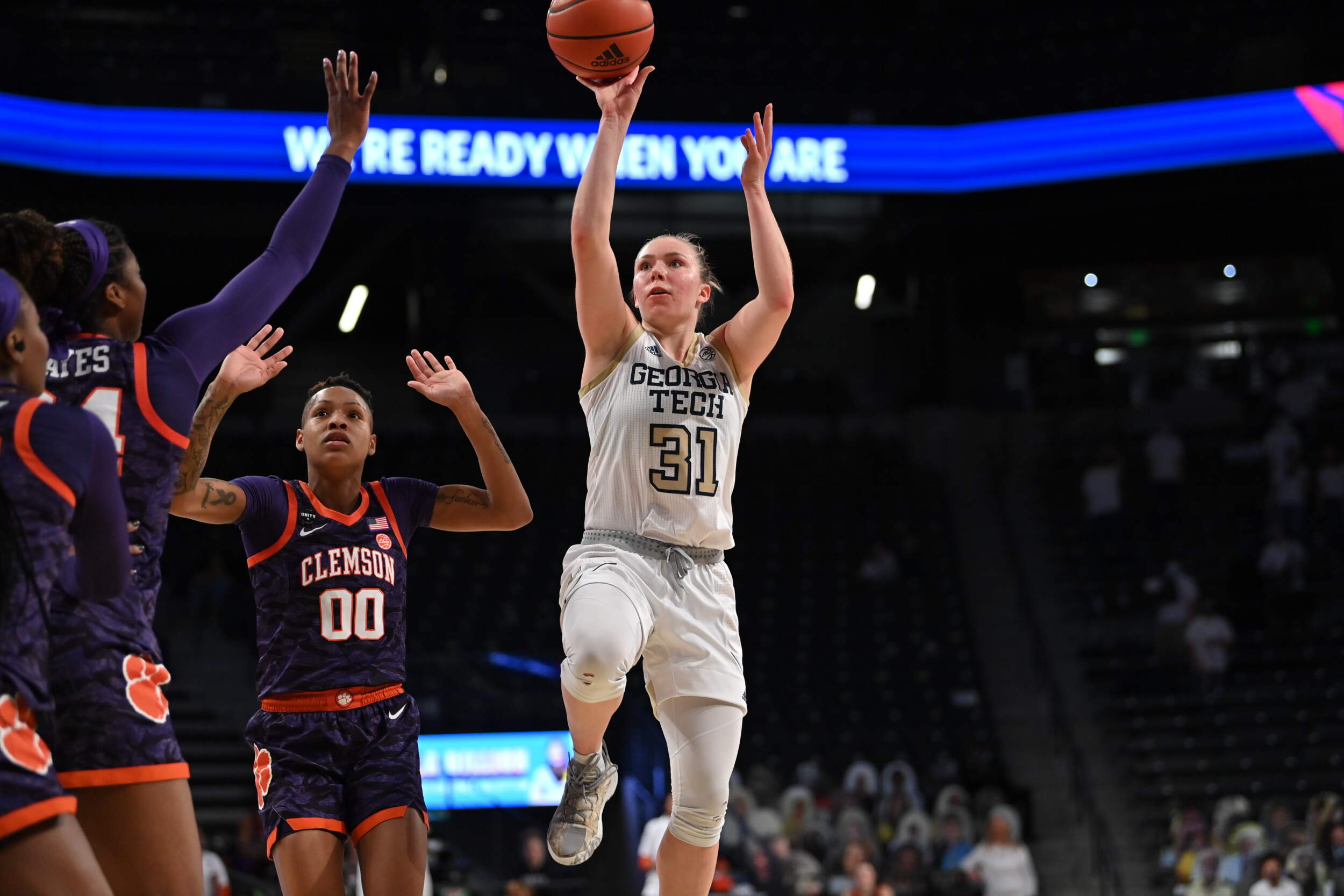