The Yellow Jackets shot 66.7 percent (10-15) in the first quarter, including an 80.0 percent (4-5) effort from three-point range to hold a 16-point lead after the first stanza. Tech built its lead back out to 17 points early in the second frame before the Orange put together an 8-1 run to close within 32-22 with 4:56 to play. Tech answered holding off the rally to lead 40-27 at halftime. Fletcher and Cubaj combined to score 23 points in the first half as Tech also went 8-for-11 at the free throw line, while Syracuse was held without a trip to the charity stripe.

The Orange came out of halftime and posted an 8-0 spurt to force a Tech timeout, narrowing the score to 40-35. The Jackets would build their lead back out to double-digits in the frame, but Syracuse used another 8-0 run bridging both quarters to slice the score to 54-51 with 8:27 to play in the fourth. Cubaj snapped the streak as the Jackets began to answer the Orange and shot 8-for-10 from the field in the frame to regain a comfortable double-digit advantage. 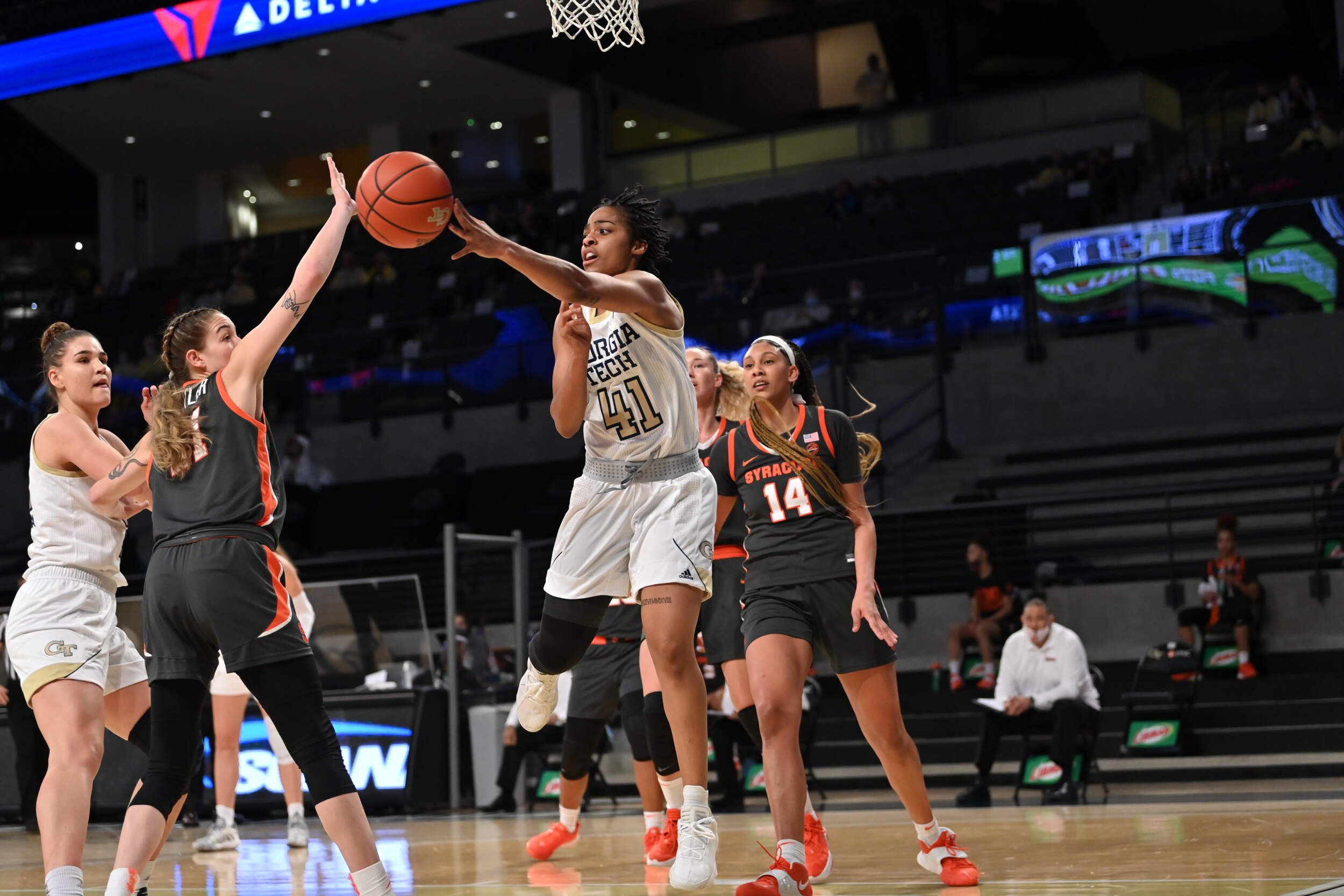 Tech saw offensive output from seven different Jackets led by Cubaj’s 21 points to match her career-high. Fletcher followed with 18 and Love added 14 off the bench to set a personal-best. The Jackets finished 16-for-21 at the free throw line, while Syracuse was held scoreless at the charity stripe with a 0-for-4 showing. For the 10th time this season, Tech won the rebounding battle, edging the Orange on the glass, 33-23. Cubaj led with nine rebounds on the night, narrowly missing a double-double. For the game, Tech shot 49.1 percent (28-57) from the field.

Syracuse was paced offensively by Kamilla Cardoso with 18 points. The Orange shot 53.7 percent (29-54) from the field and outscored the Jackets in the paint, 46-32. 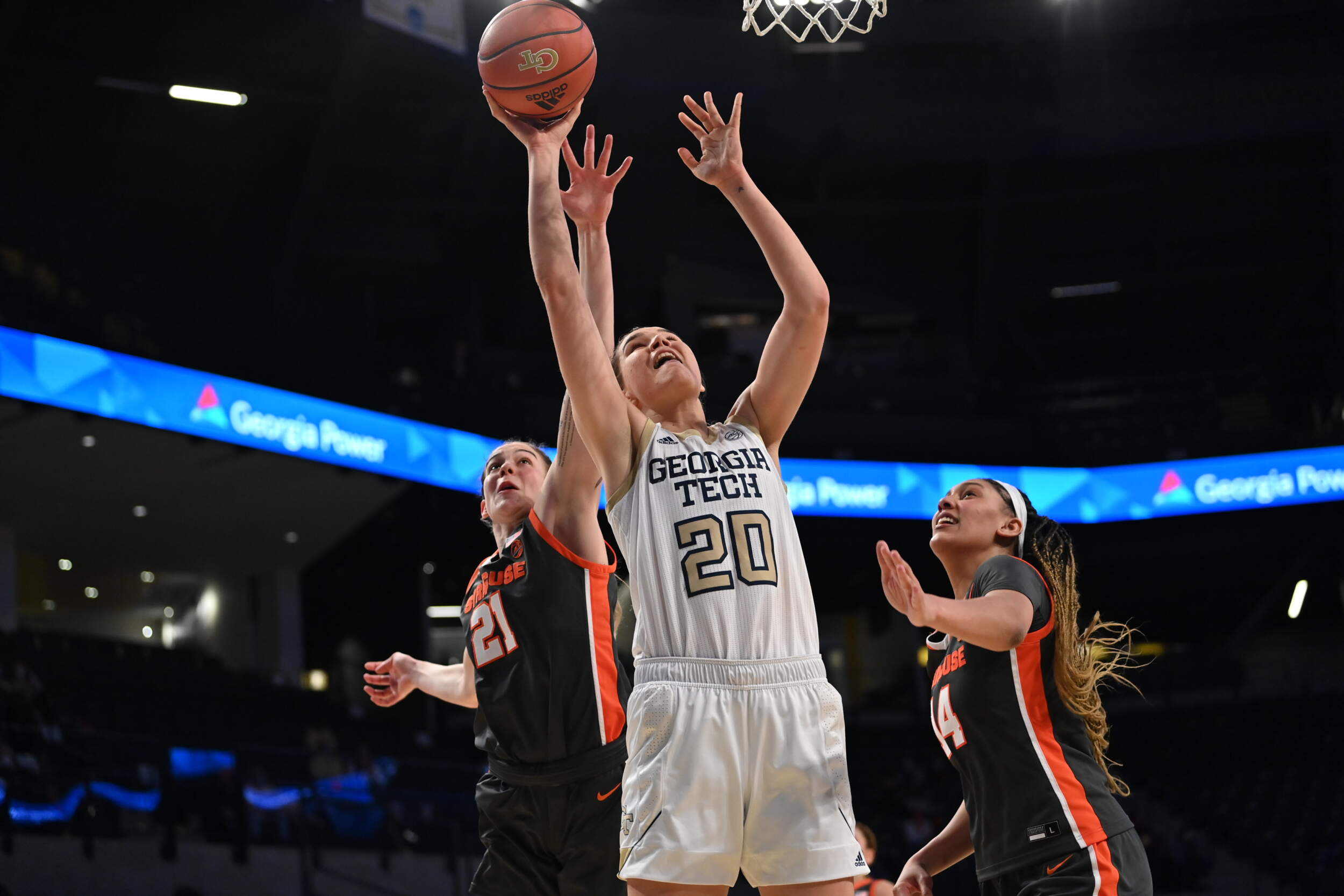