Cubaj scored six straight points in the second quarter as Tech shot 66.7 percent (6-9) in the frame to hold the lead at halftime, 30-22. Cubaj led all scorers at intermission, posting 10 points in the first half, while Florida State was limited to a 29.4 percent shooting effort in the first 20 minutes, including a 17.6 (3-17) showing the second quarter. FSU scored nine of its 22 first-half points on second chances, outrebounding the Jackets 24-14 in the first half, including a 12-3 offensive rebound edge.

The Jackets came out in the third quarter posting a 16-3 run to extend their lead to 46-25 with 1:47 to play in the frame. Tech would hold another 21-point lead in the final frame before Florida State began a late rally, cutting the score to single digits, 57-48, with 1:19 remaining. Tech would finish strong with a bucket from Hermosa and a pair of free throws from Loyal McQueen to seal the victory. 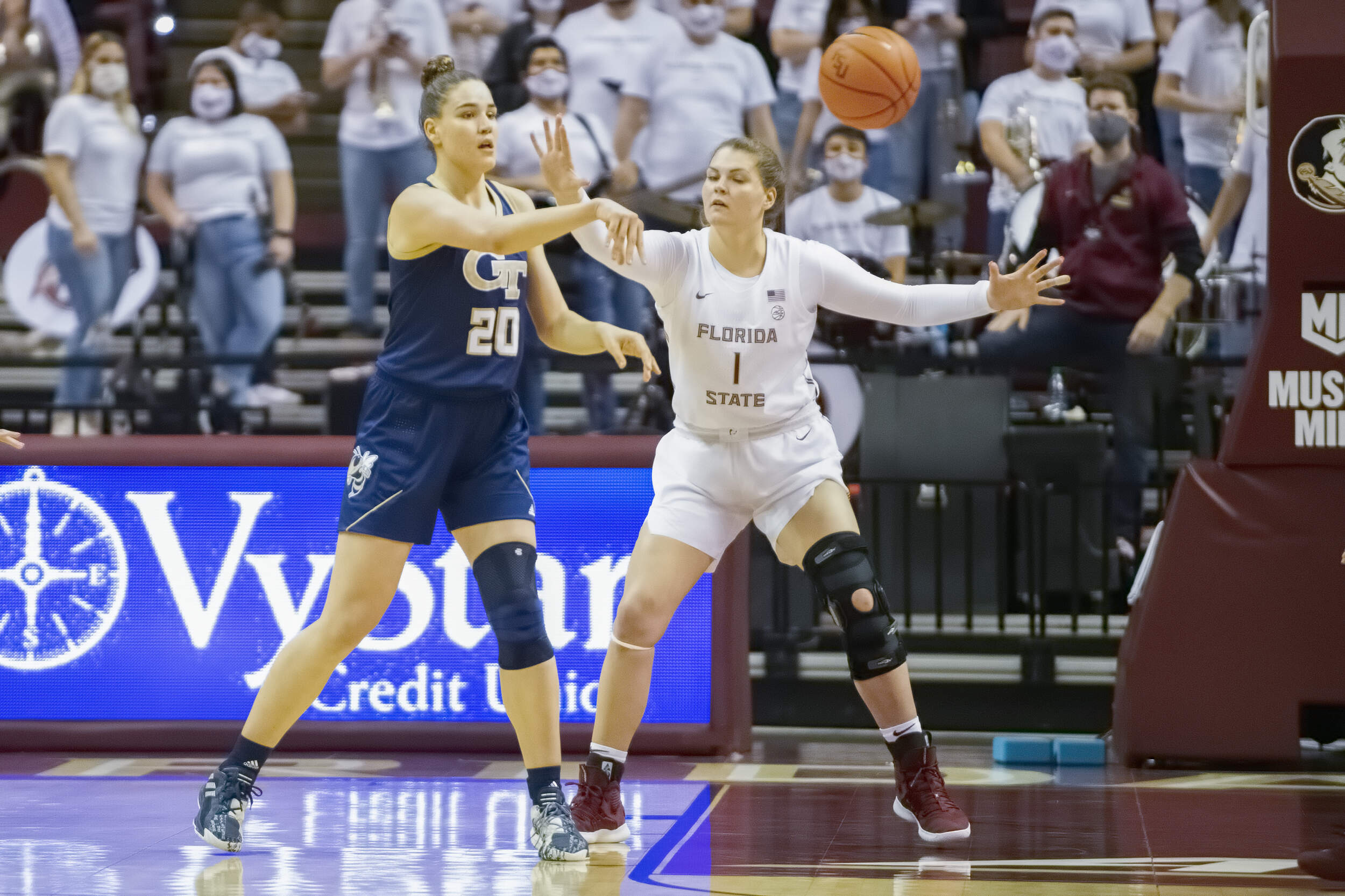 Cubaj and Hermosa combined to post 28 points in the win with each contributing 14, while Cubaj notched her 10th double-double of the season with a team-high 10 rebounds. For the game, Tech shot 57.1 percent (24-42) and dished out 18 assists fueled by five from Kierra Fletcher.

Florida State was paced offensively by Bianca Jackson with 13 points and shot 32.3 percent (20-62) from the field. The Seminoles won the battle on the glass, 37-29, and scored 19 second chance points on 19 offensive rebounds.

The Jackets return to action on Sunday, visiting Boston College. Tip is slated for 2 p.m. on RSN, locally on Fox Sports South.