THE FLATS – Back home following two straight road losses, Georgia Tech returns to the court Saturday for a 4 p.m. Atlantic Coast Conference contest against No. 16/16 Florida State at McCamish Pavilion.

The Yellow Jackets (7-5, 3-3 ACC) sit in eighth place in the ACC standings after a pair of close losses at No. 13 Virginia (64-62) and Duke (75-68) in which they led late. Prior to that, the Jackets had win five straight, including No. 20 Clemson, Wake Forest in North Carolina by an average of 13 points, around a 17-day COVID pause. Tech remains one of the ACC’s highest scoring teams – third at 77.83 points per game overall – but have been held under 70 in each of its last two games.

The Seminoles (10-2, 6-1 ACC) have won five straight games since returning from a COVID pause in early January, defeating NC State, North Carolina, Louisville, Clemson and Miami by an average of 18.6 points per game. The 82-75 win over North Carolina was the closest game in the streak, and all but the Seminoles’ 78-65 win over the Cardinals occurred at home. Saturday will be FSU’s third road game of the season (the Seminoles lost at Clemson on Dec. 29).

Saturday’s game will be televised nationally on the ACC Network and will be streamed live on the ESPN app. Radio coverage is provided by the Georgia Tech Sports Network by Learfield IMG College, with flagship station WCNN-Radio (680 AM, 93.7 FM) in Atlanta. The Tech broadcast can be heard on SiriusXM Ch. 381 (internet ch. 81) and the TuneIn app. 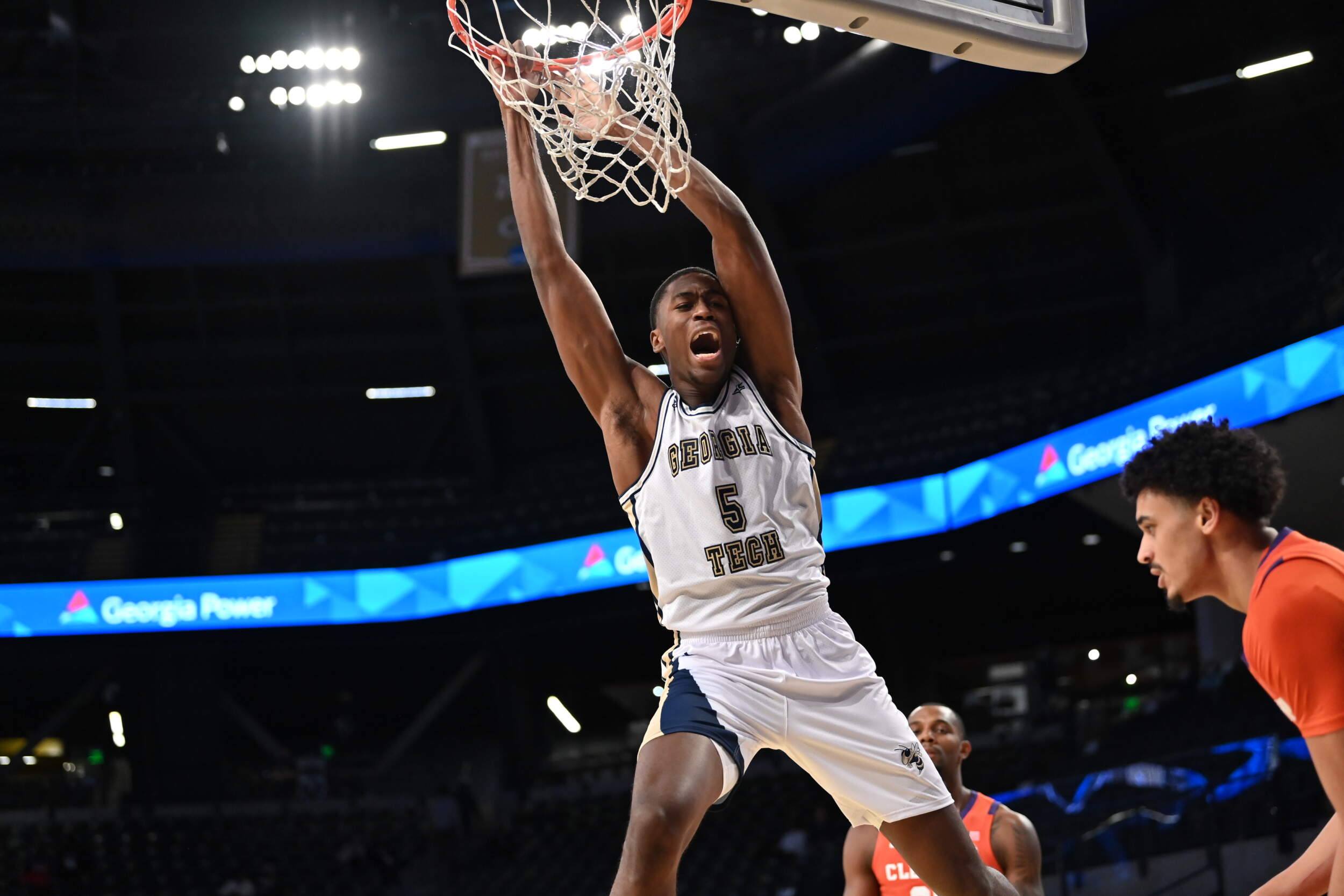 Moses Wright was one of three Tech players to score 20 or more points the last time the Yellow Jackets played at home, an 83-65 victory over Clemson. (photo by Danny Karnik)