PARKING INFORMATION
Parking for this weekend’s games is available in the Klaus Deck (E40) for $5. 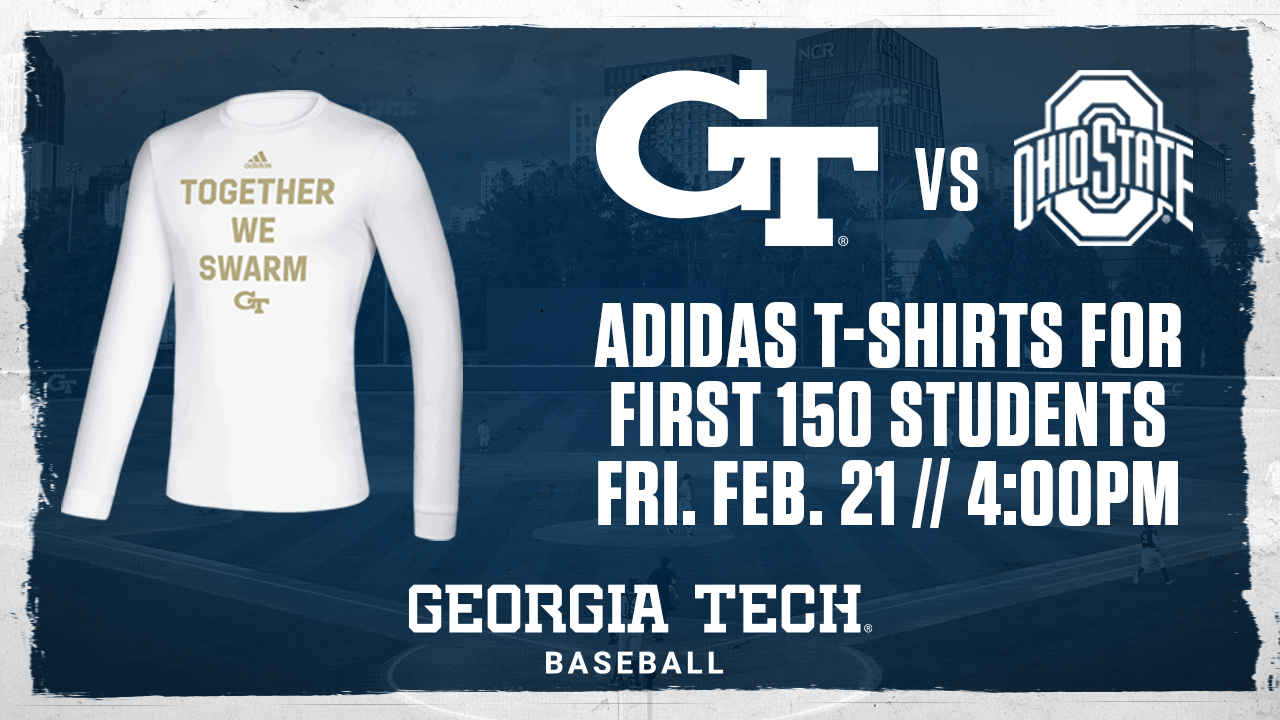 • No. 19 Georgia Tech comes off a thrilling come-from-behind victory in the midweek at in-state foe Georgia Southern to host Ohio State on Feb. 21-23 at Russ Chandler Stadium.

• The 19th-ranked Yellow Jackets trailed 3-2 going into the ninth on Tuesday and rallied to win 4-3 thanks to two runs in the top half.

• Youth has shined early for Tech as they’ve gotten substantial contributions out of its freshmen through four games.

• At the plate, Michael Guldberg continued his assault offensively from a year ago, leading the ACC with a .571 average off eight hits, three doubles and three RBI. He also has failed to strikeout and drawn one walk.

• Also hitting .300 early on is freshman Andrew Jenkins (.364) while junior Luke Waddell has hit .357 out of leadoff and redshirt senior Jackson Webb has hit .300.

• Maxwell will once again draw the start this weekend, pitching Sunday, while RHP Jonathan Hughes and RHP Cort Roedig move up to Friday and Saturday, respectively.

• Smith won the decision victory on Opening Day, before keeping his 0.00 ERA with 3.1 clutch innings without an earned run on Tuesday.

• Archer worked to a career-long four-inning save, punching out a career-high seven batters in his return to the mound from injury.

• In addition to the surplus of seasoned veterans, Georgia Tech also brings in a host of talent from the No. 4 recruiting class in the country, according to Perfect Game.

• This is the first meeting between Georgia Tech and Ohio State since 2013 as the teams have faced off 23 times all-time. Tech has won 7 of the 10 and is 12-3 at home against the Buckeyes.