This marks Georgia Tech’s first appearance in the top 20 of an AVCA Coaches Poll that includes all Division I conferences since 2004. Last fall, Georgia Tech was ranked as high as No. 8 nationally, but teams from conference such as the Big Ten and Pac-12 appear in the current poll for the first time since Covid-19 restrictions began last spring.

Tech is one of four Atlantic Coast Conference teams in the rankings, joining No. 12 Louisville, No. 14 Notre Dame and No. 19 Pittsburgh rounded out the ACC’s representation. 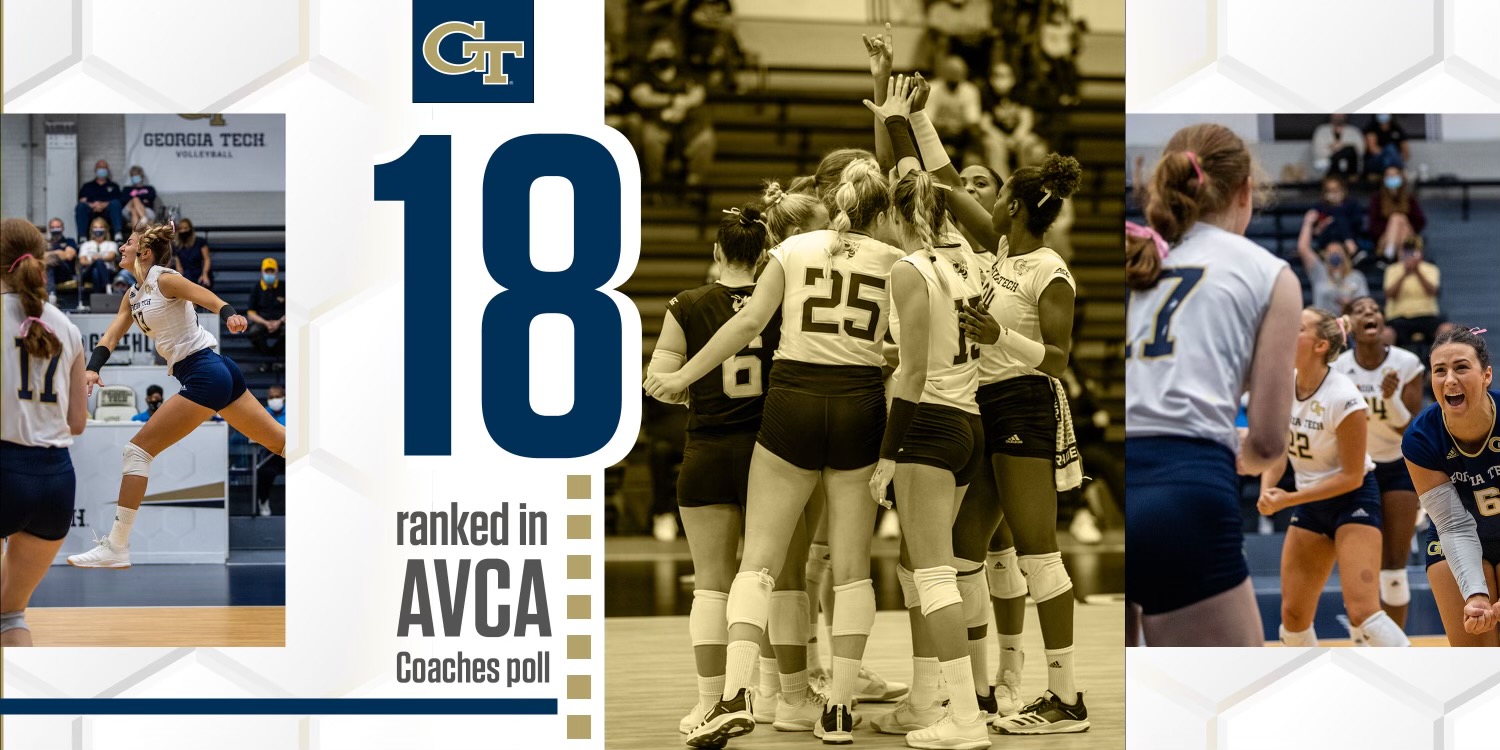 The Yellow Jackets finished the 2020 fall season red hot, winning their final seven matches to finish the 7-1 in the conference-only fall slate. During the fall, Tech led the ACC in hit percentage (.326), while outside hitters Mariana Brambilla (145.5 points) and Julia Berman (138 points) ranked third and fourth in the conference in total points scored, respectively.

The next top-25 poll will be released by the AVCA on January 26.