Jackets Host Rematch With No. 5 Louisville

THE FLATS – Georgia Tech continues Atlantic Coast Conference play Wednesday night, hosting No. 5 Louisville at McCamish Pavilion. Tip time is 8 p.m. for the rematch of the Jan. 22 meeting between the two teams, won 68-64 by the Cardinals at Louisville’s KFC Yum! Center.

Georgia Tech update (11-13, 5-8 ACC) – Tech sits in a three-way tie for 10th place in the ACC standings, a game and a half out of sixth place, with Clemson and Virginia Tech. The Yellow Jackets, which came up short, 73-64, Saturday at Pittsburgh, are 2-2 in their last four conference games, including home victories over the Hokies and NC State. Tech is 6-6 at home this season, 2-4 in ACC games.

Louisville update (21-3, 12-1 ACC) – The first-place Cardinals are undefeated on the road in the ACC this season, and are 6-1 at home, dropping a 78-65 decision to Florida State on Jan. 4. Since then, Louisville has won 10 straight games, including the victory over Georgia Tech on Jan. 22. The Cardinals have beaten Notre Dame, Pitt, Duke, Boston College and NC State on the road during that streak.

Junior Moses Wright meets the media prior to Monday's practice 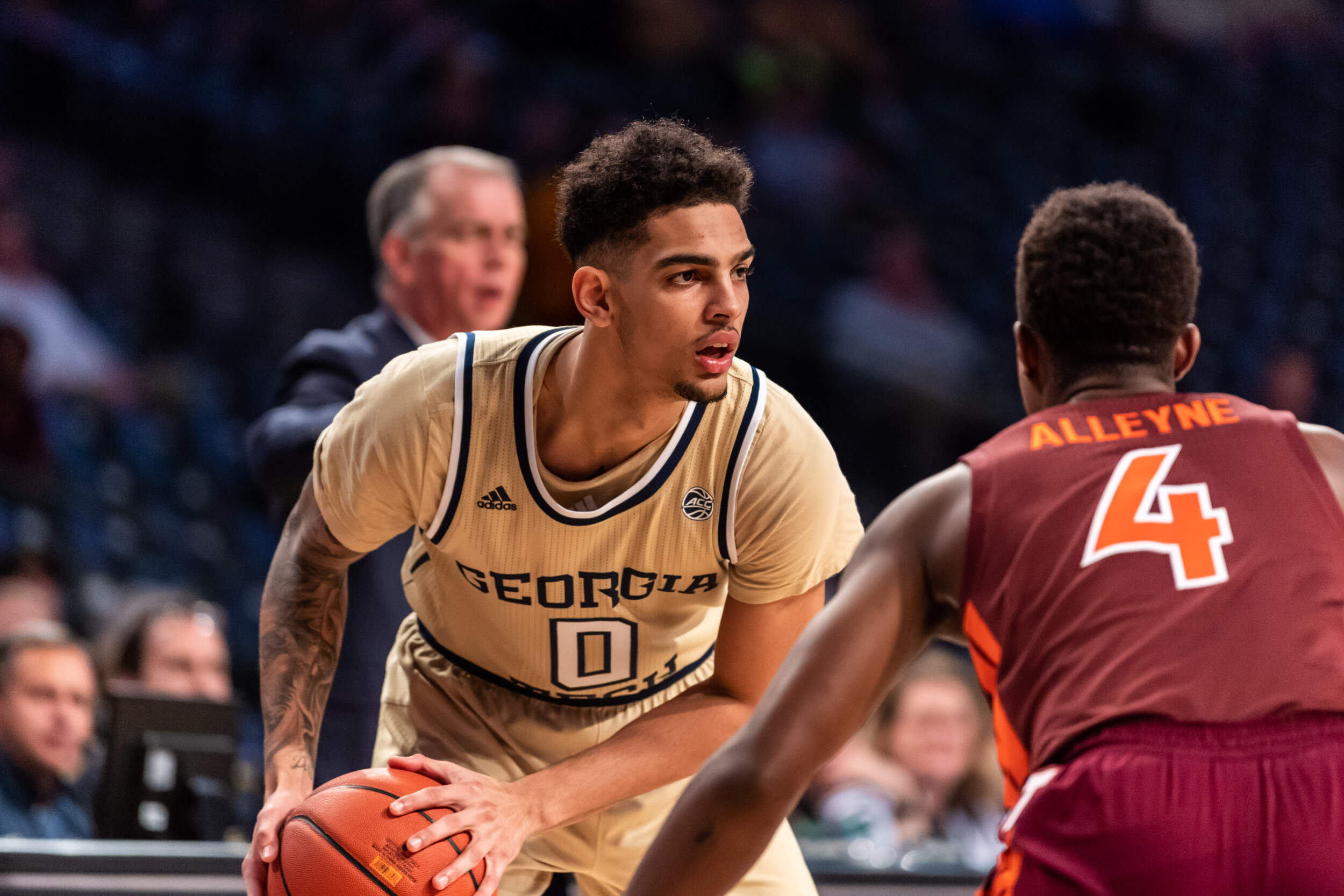 Michael Devoe has eight games of 20 or more points this season for the Yellow Jackets. (photo by Danny Karnik) 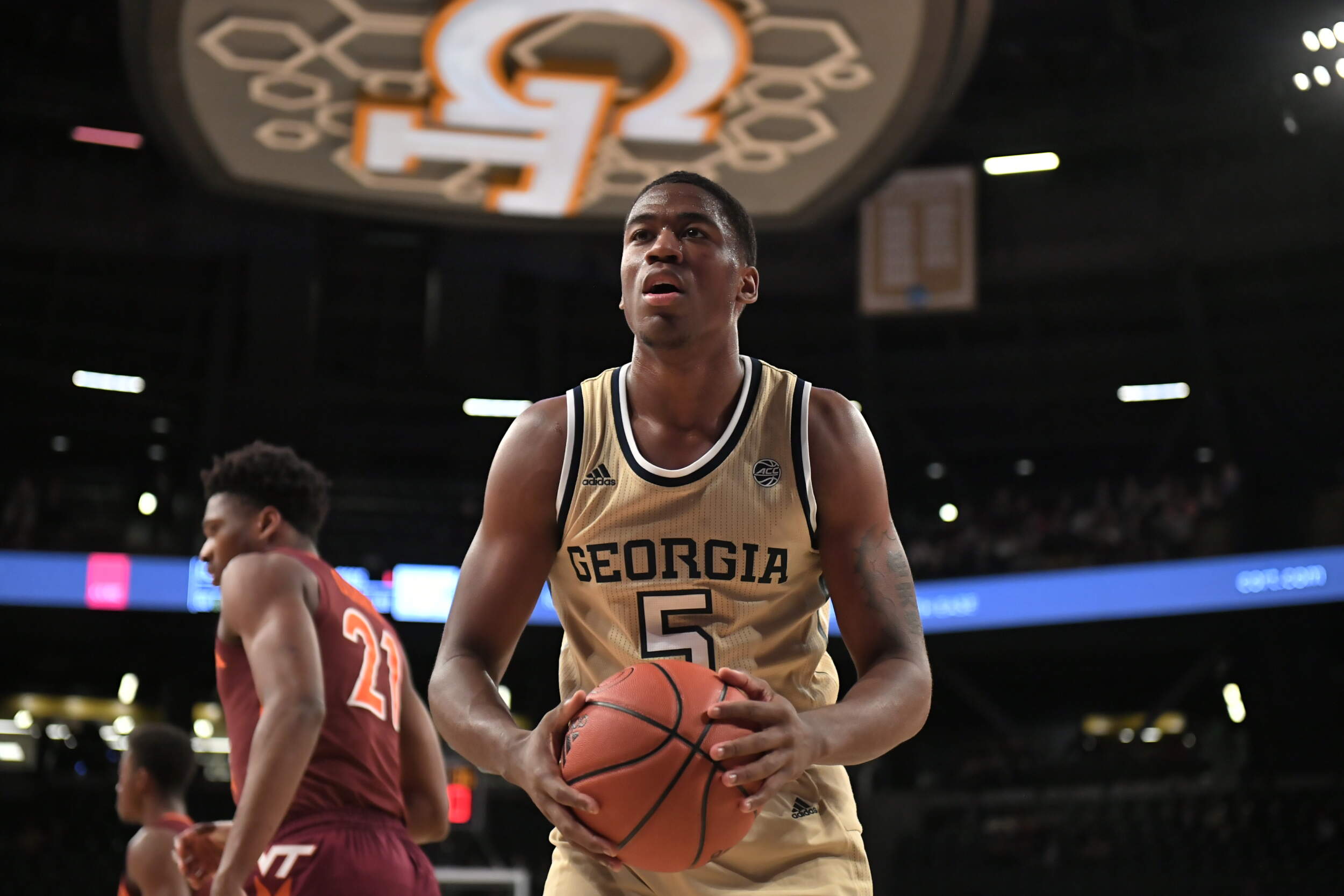 Moses Wright ranks No. 2 in the ACC in field goal percentage. (photo by Danny Karnik)