THE FLATS – Now in the last week of the Atlantic Coast Conference regular season, Georgia Tech concludes a three-game homestand Wednesday night, hosting Pittsburgh for Senior Night and a 9 p.m. tip at McCamish Pavilion. The second of two scheduled meetings between the teams this season, the Panthers took a 73-64 victory over the Yellow Jackets on Feb. 8 in Pittsburgh.

Georgia Tech update (15-14, 9-9 ACC) – Looking to win their seventh consecutive game at home, Tech sits in a five-way tie for fifth place in the ACC. The Yellow Jackets are 6-3 over their last eight conference games, a stretch that includes home victories over NC State, Virginia Tech, Louisville, Clemson and Miami, as well as a road win at Wake Forest.

Pittsburgh update (15-15, 6-13 ACC) – The Panthers conclude their regular season with Wednesday night’s game and have a bye on the season’s final weekend. Pitt has lost six straight games since defeating the Yellow Jackets on Feb. 8, including road games at Virginia Tech, Florida State and last Saturday at NC State.

Banks and Phillips are both from the Atlanta area and returned home to play for the Yellow Jackets following two years each at Texas and Tennessee, respectively. Banks has been a mainstay in the middle for the Jackets, ranking among the nation’s leaders in blocked shots while posting 13 double-doubles. Phillips had been a part-time starter and an important contributor of the bench in his two seasons.

James Banks III meets the media prior to Tuesday's practice. 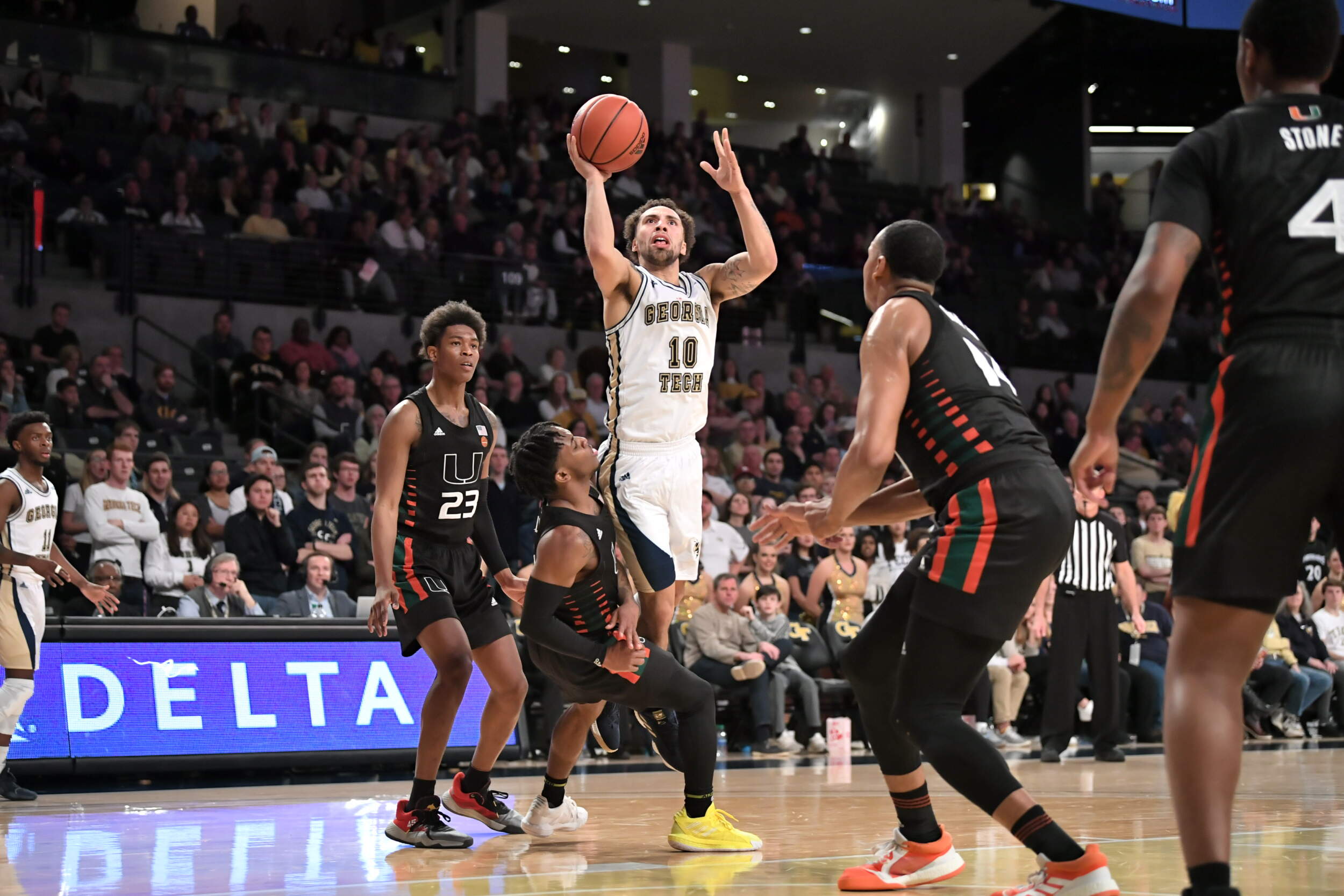 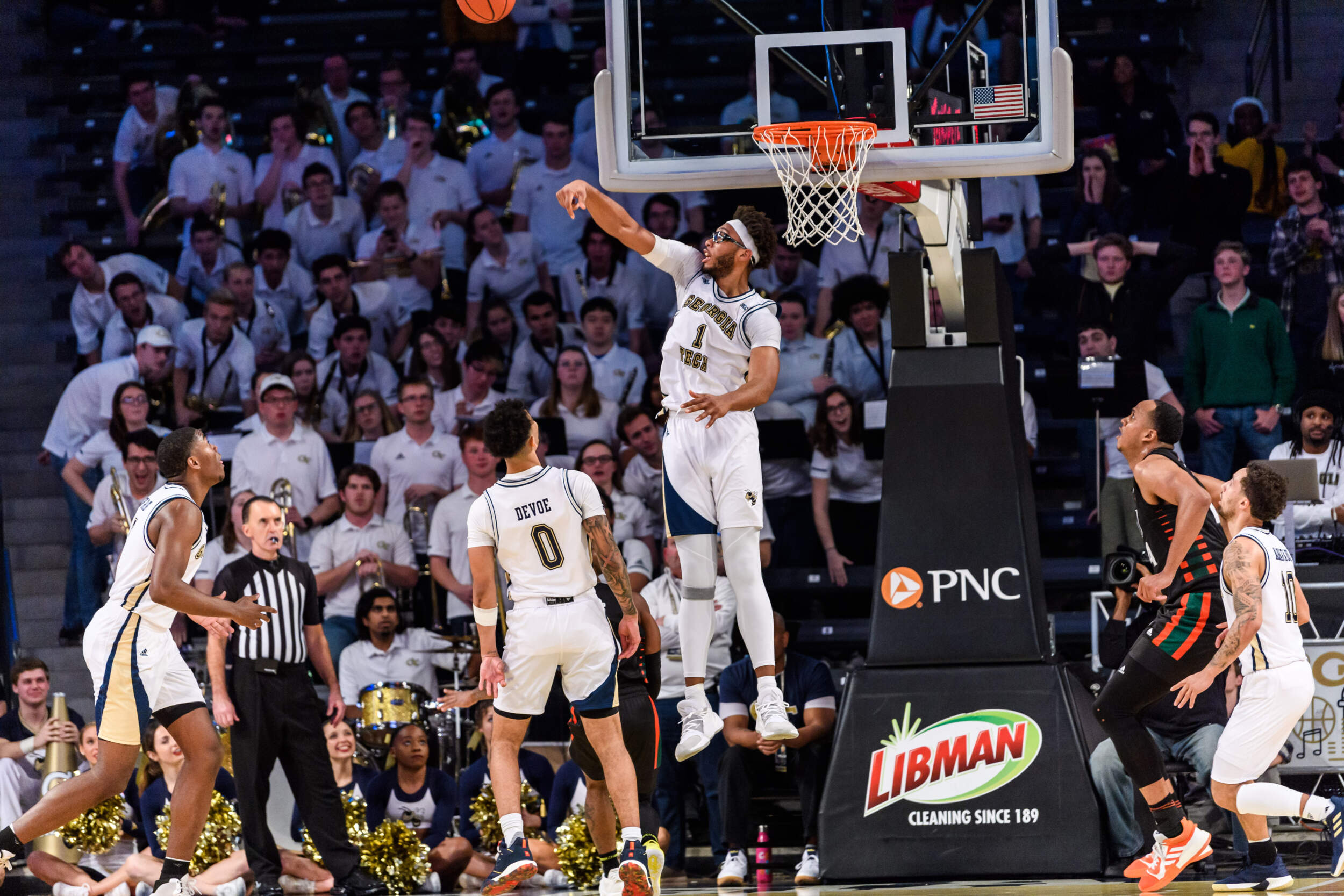