James Banks III scored 15 points, including a three-point field goal, and led three players in double figures Sunday evening, and Georgia Tech improved to 2-0 on its tour of Spain with an 83-47 win over the Spain All-Stars.

Banks, a 6-9 center, scored seven of his points in the first period as the Yellow Jackets stormed to a 26-8 lead, a similar opening burst to its first quarter on Saturday. His last basket of the period was a three-pointer, which he stepped into when the Spain defense left him completely open as he turned to look for a cutter. He scored at least one bucket in every period of the game.

Sophomore guard Michael Devoe scored 13 for the Jackets, his second double-figure effort in as many games, and Jordan Usher, a 6-7 forward who transferred from USC last winter, added 10. Usher scored his five field goals mainly by attacking the basket, getting a pair of dunks, and when he didn’t attempt to score himself, he found teammates open for baskets at the rim with five assists. He has 12 in two games on this trip.

For 3!!@GTMBB is controlling this game. 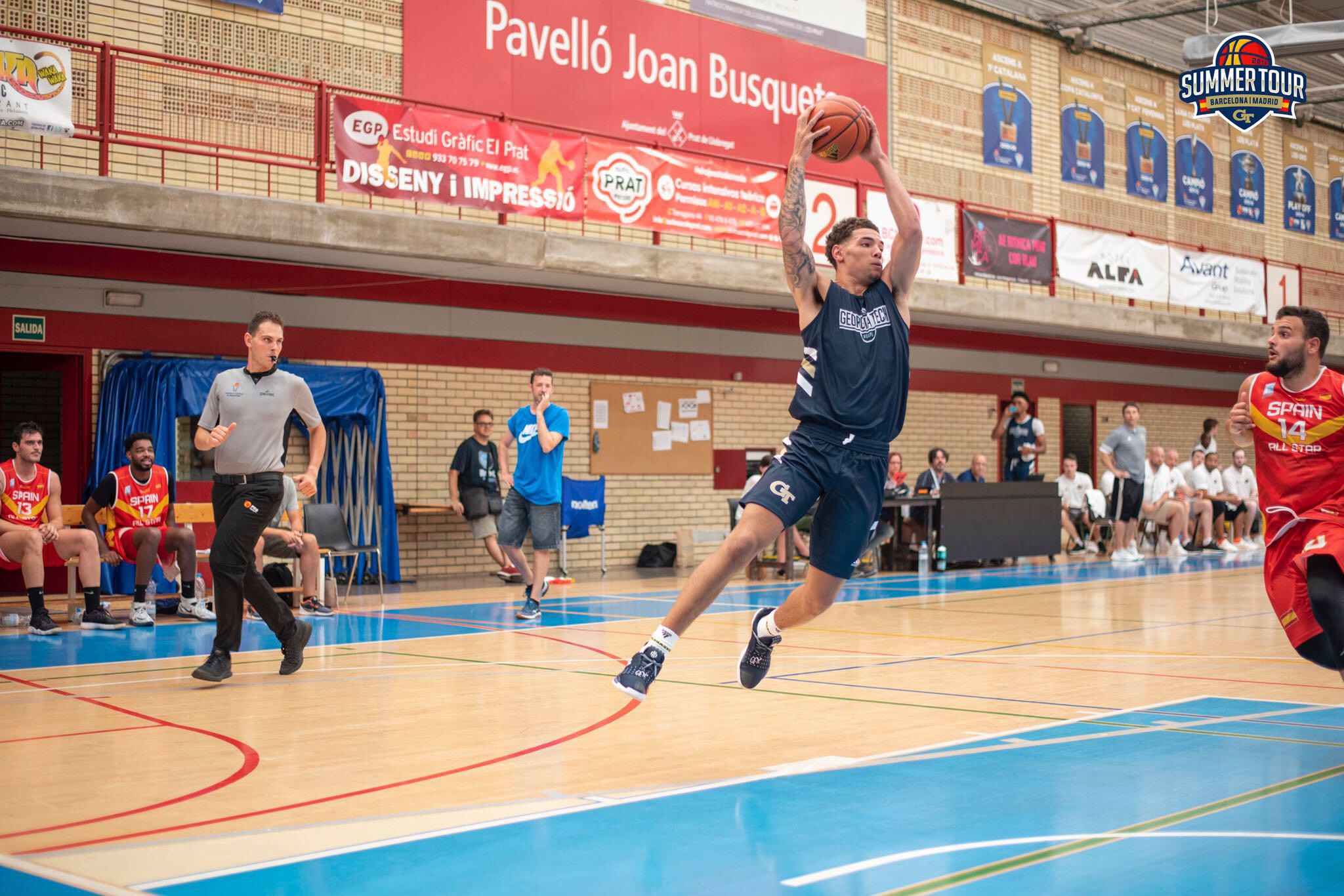 The Jackets outscored Spain in every period and hit seven three-point field goals in the game, two each by Devoe and Shembari Phillips, and one each from Banks, Evan Cole and Khalid Moore. Phillips, Cole, Moore and freshman Asanti Price chipped in with eight points each.

Guim Exposito scored 14 points and was the only double-figure scorer for Spain, whose roster for Sunday’s game included many of, but not all, of the same players who faced the Jackets Saturday.

Tech will depart Barcelona for Madrid via high-speed train Monday morning, and play its final two games there Tuesday and Thursday. 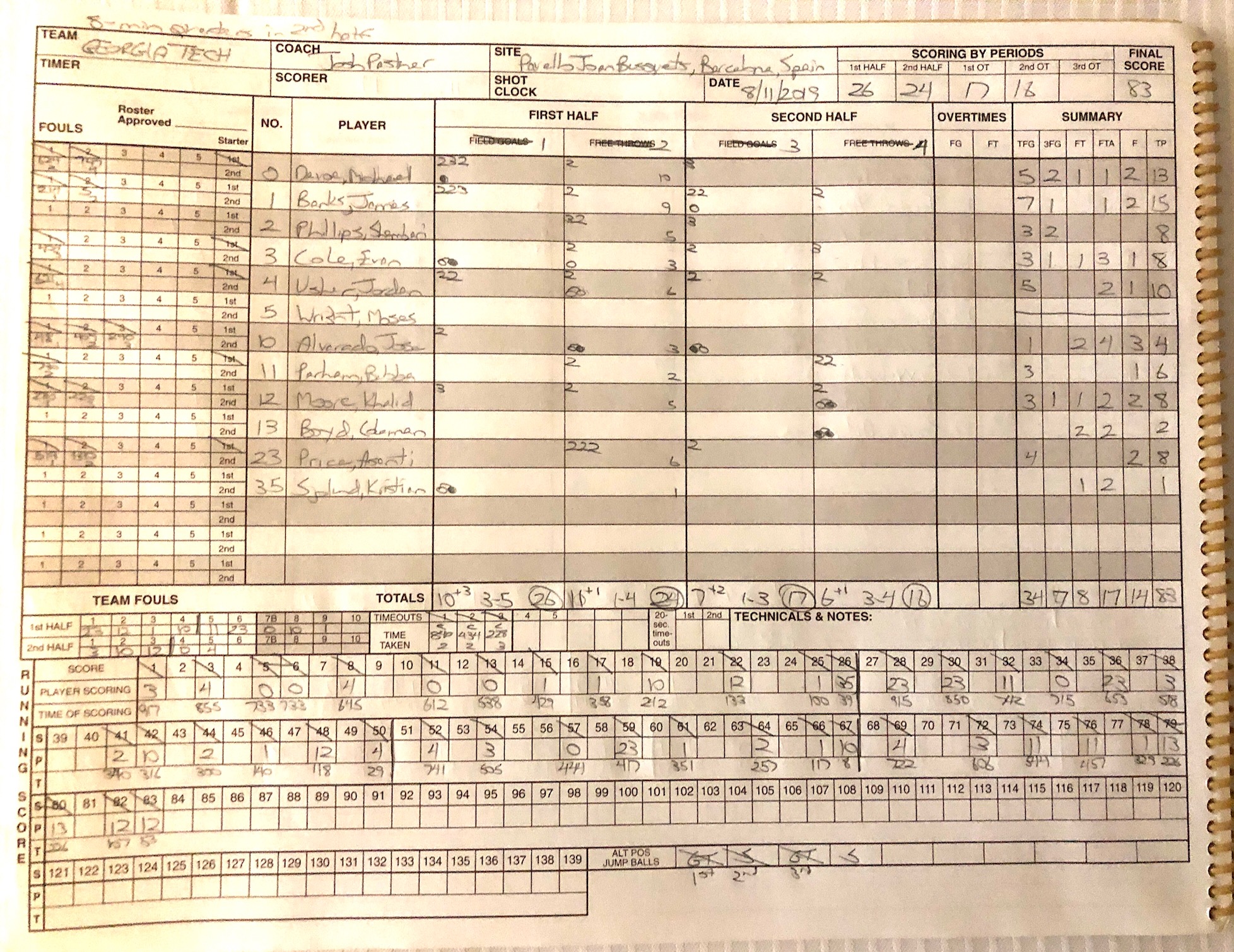 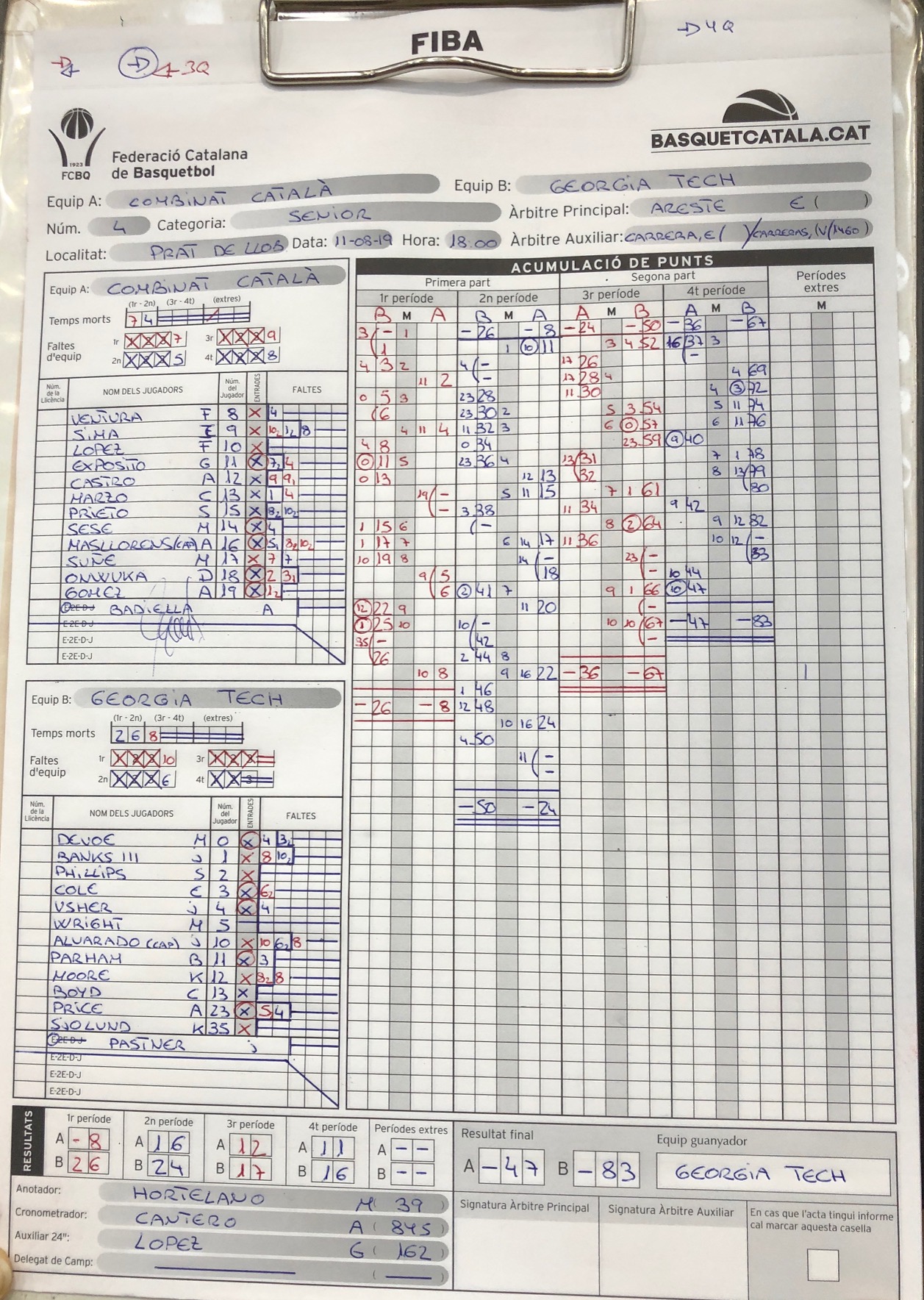