Hard-Fought Defeat for Jackets at Virginia

Thanks to two touchdown passes and a scoring run by quarterback James Graham, Georgia Tech led 7-0, 14-7 and 21-17 in a back-and-forth first half. Virginia pulled ahead 33-21 early in the fourth quarter but the Yellow Jackets pulled within 33-28 on an 8-yard touchdown run by Jordan Mason with 5:30 to go in the ballgame. However, UVA was able to run out the clock to hold on for the five-point win, its smallest margin of victory in five games this season at home, where the Cavaliers are 5-0.

Graham had a career day for the Yellow Jackets, completing 15-of-22 passes for 229 yards and two touchdowns (a 59-yarder to true freshman Ahmarean Brown and a 25-yarder to sophomore Malachi Carter). The 229 passing yards were a career high for the redshirt freshman, while his 15 completions and two touchdown passes matched career bests.

Mason added 94 yards and a touchdown on the ground.

Georgia Tech returns home for its final three games of the season, beginning with next Saturday’s ACC Coastal showdown versus Virginia Tech. Kickoff is set for 3:30 p.m. at Bobby Dodd Stadium (tickets). 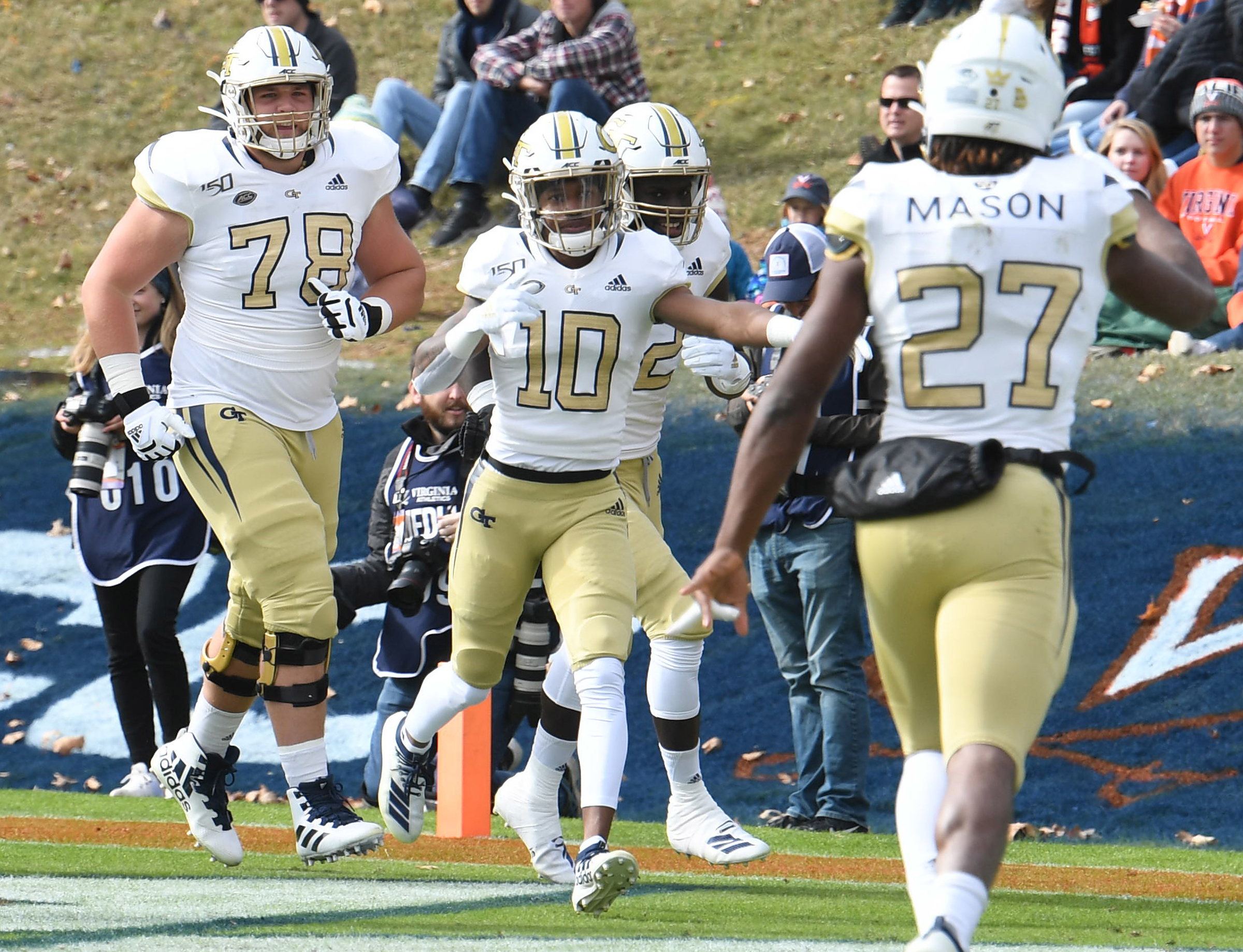 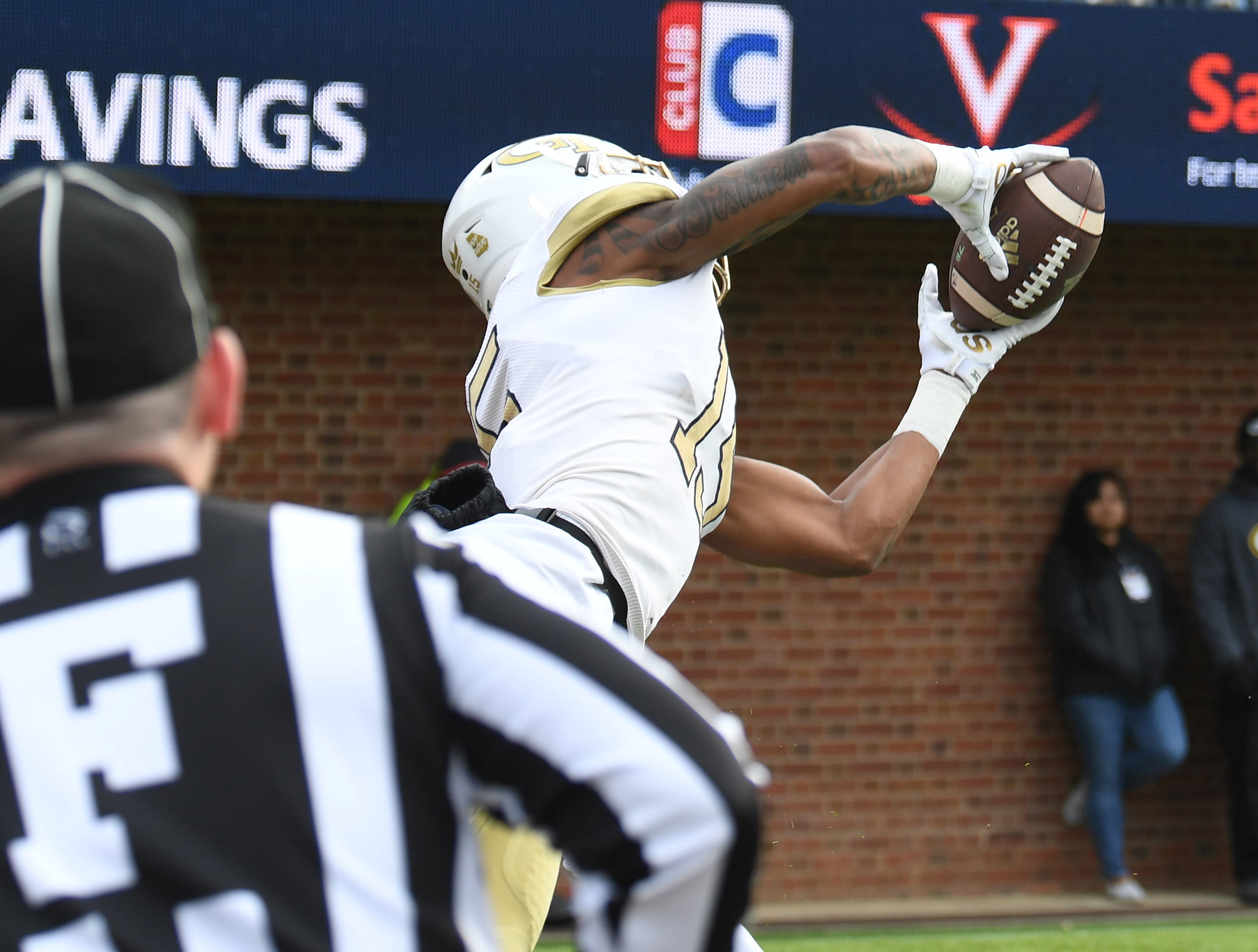 Malachi Carter hauls in an acrobatic 25-yard touchdown catch that gave Georgia Tech a 21-17 lead late in the second quarter on Saturday at Virginia.