THE FLATS — Georgia Tech exploded for 227 yards of offense and 22 points in the second half but it wasn’t enough to overcome a slow offensive start and an inefficient third-down defense, as the Yellow Jackets dropped a 38-22 decision to North Carolina on Saturday afternoon at Bobby Dodd Stadium.

After being limited to 94 yards of offense in a scoreless first half, Georgia Tech put together one of its best offensive halves of the season after the break. In addition to racking up 227 of their 321 total yards, the Yellow Jackets scored touchdowns on three of their first six possessions after the break.

However, Georgia Tech’s offensive outburst was offset by an inability to get off the field defensively, as North Carolina converted 12-of-20 third- and fourth-down attempts. Five of UNC’s 12 conversions came with nine yards or more to go for a first down. Conversely, Tech converted just 4-of-11 third downs.

Both the Yellow Jackets and the Tar Heels averaged 6.1 yards per play for the game, but UNC’s ability to convert third downs led to the Heels running 44 more plays than the Jackets (97 to 53).

Making his first-career start, redshirt freshman quarterback James Graham accounted for 219 yards of total offense for Georgia Tech — 171 yards and two touchdowns through the air and 48 yards on the ground. Running back Jordan Mason led the Yellow Jackets with 62 rushing yards on just eight carries (7.8 avg.) and, also making the first start of his career, sophomore wideout Adonicas Sanders led Tech with three receptions for 67 yards.

Defensively, junior linebacker David Curry led Tech with a career-high 16 tackles. As a team, the Jackets accounted for seven tackles for loss.

Georgia Tech returns to action next Saturday at ACC Coastal Division rival Duke. Kickoff is set for 12:30 p.m. The game will be televised on ACC RSN (Fox Sports South in Atlanta). 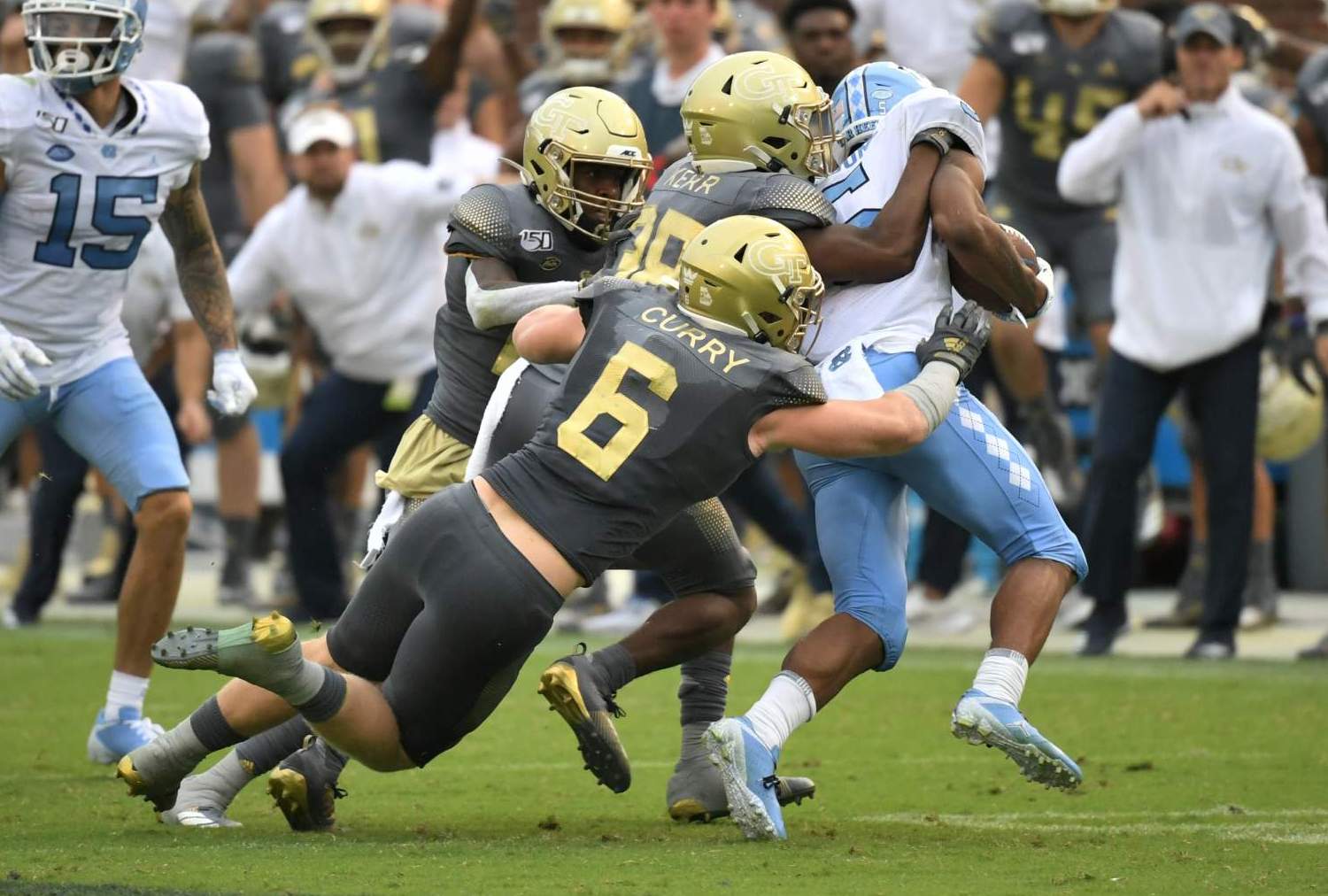 David Curry (6) had a career-high 16 tackles against North Carolina on Saturday. 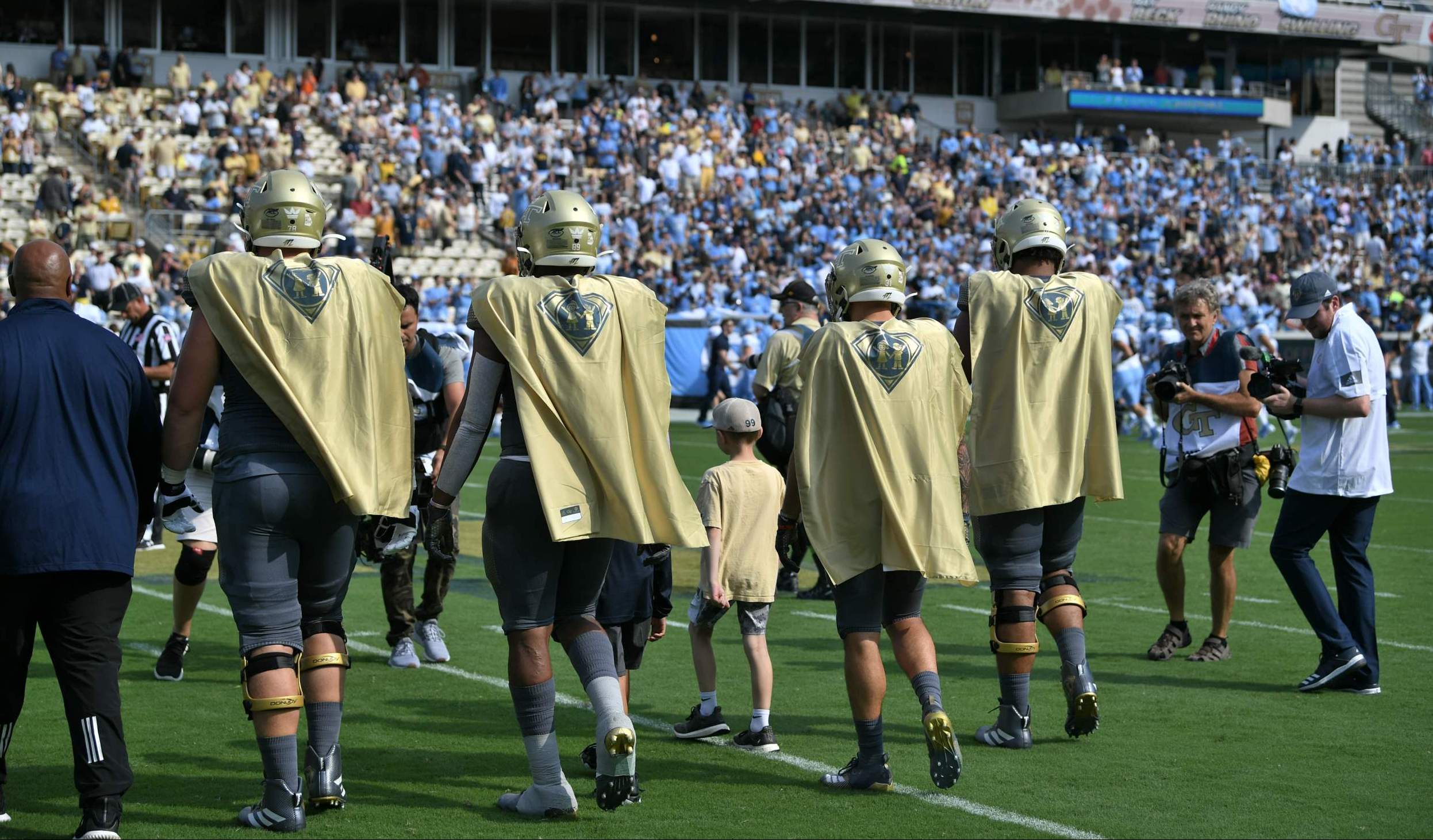 In addition to wearing its special Onyx Gray Cape Day uniforms, Georgia Tech honored the superheroes at Children’s Healthcare of Atlanta by sending its captains to midfield for the coin toss wearing capes and bringing along two special patients who are battling illness at Children’s.