THE FLATS — Georgia Tech rallied from a pair of fourth-quarter deficits to force overtime but a 37-yard field goal by The Citadel’s Jacob Godek lifted the visiting Bulldogs to a 27-24 win over the Yellow Jackets on Saturday afternoon at Bobby Dodd Stadium.

Georgia Tech (1-2) trailed 14-6 at halftime and 21-14 after three quarters but rallied for 10 points in the final period, including a 34-yard field goal by Brenton King as time expired, to send the game to overtime knotted at 24-24.

Unfortunately for the Yellow Jackets, their 46-yard field goal attempt at the end of the first overtime was no good, allowing The Citadel (1-2) to win the game on Godek’s 37-yarder.

The biggest stories of the game for Georgia Tech were penalties (eight for 80 yards after committing a total of just four penalties through two games) and third downs (The Citadel converted 8-of-16 third downs after Tech limited USF to just 4-of-15 last Saturday; conversely, the Jackets converted just 3-of-9 first down attempts.

Georgia Tech was led offensively by sophomore running back Jordan Mason, who ran 11 times for 78 yards (7.1 avg.) and two touchdowns, and senior wide receiver Jamal Camp, who caught two passes for 62 yards, including the first touchdown of his career from 33 yards out.

Defensively, junior linebacker David Curry led all tackler with 14. He also had an interception for the only takeaway of the day for either team.

Georgia Tech returns to action on Saturday, Sept. 28 when it visits Temple (2-0). 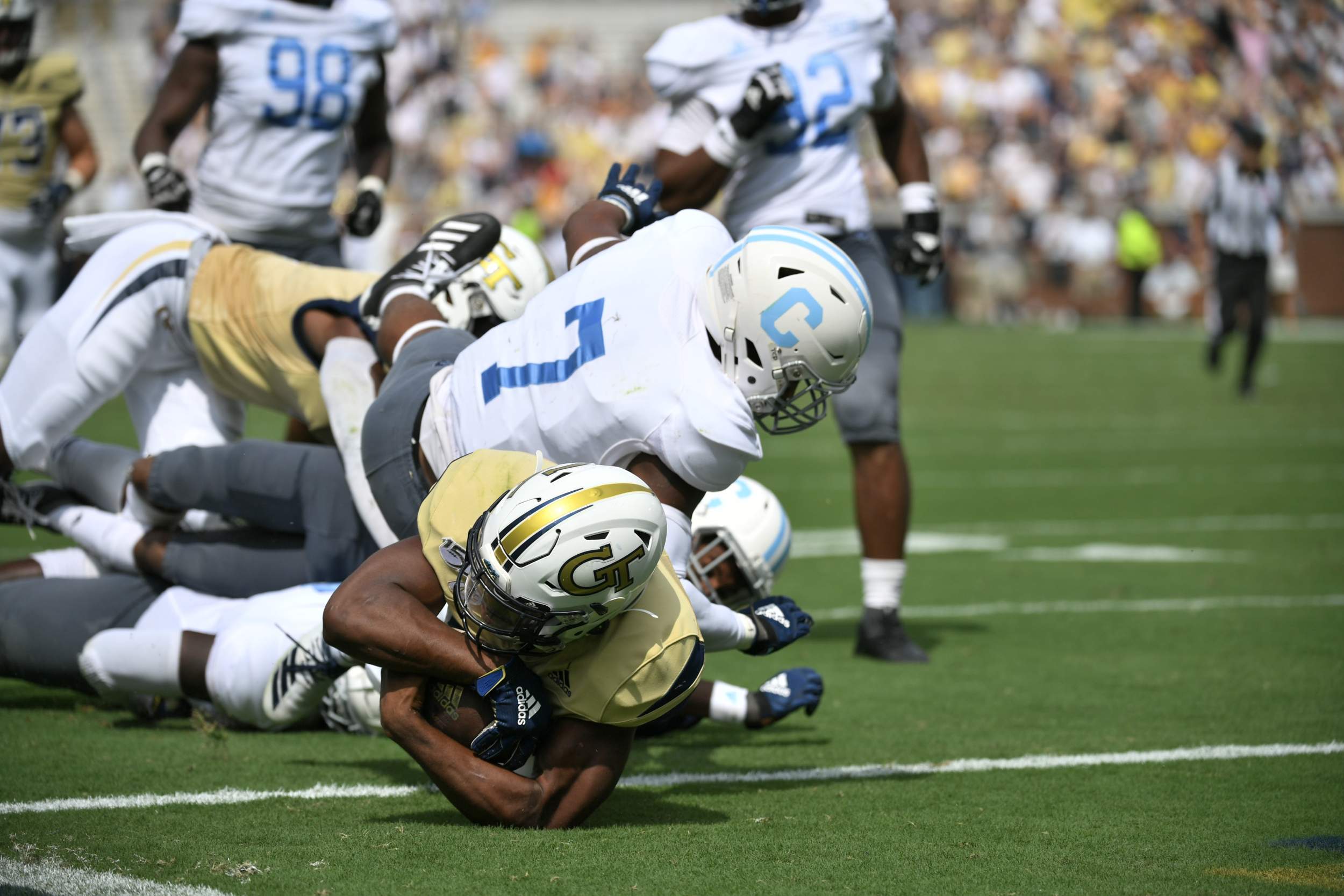 Jordan Mason extends across the goal line for one of his two touchdowns. 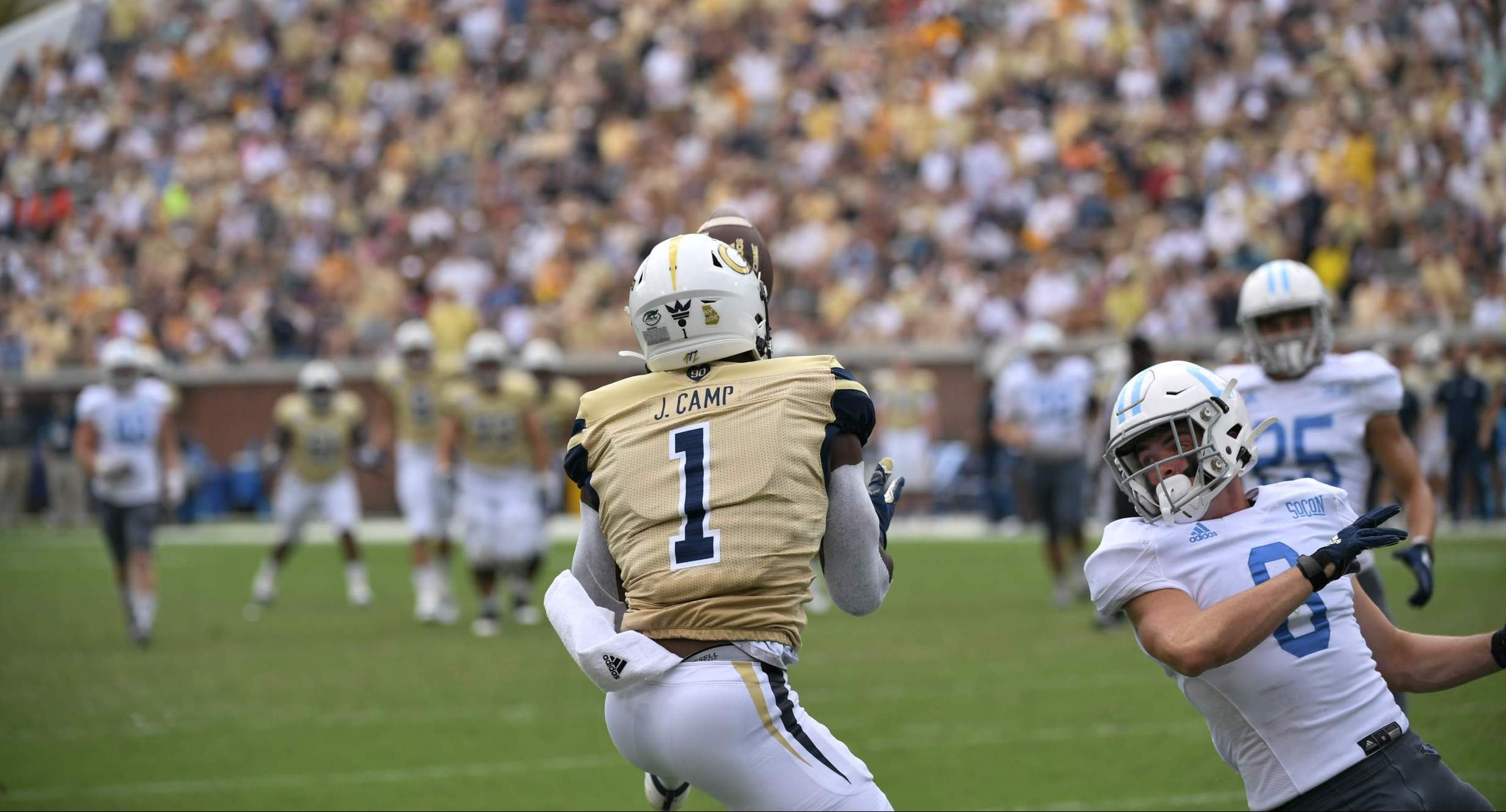 Jalen Camp hauls in his first-career touchdown catch, a 33-yarder from Lucas Johnson in the third quarter.