AUBURN, Ala. – Georgia Tech volleyball dropped a hard-fought exhibition match 3-1 to Auburn on Saturday afternoon in its final test before the season opener. 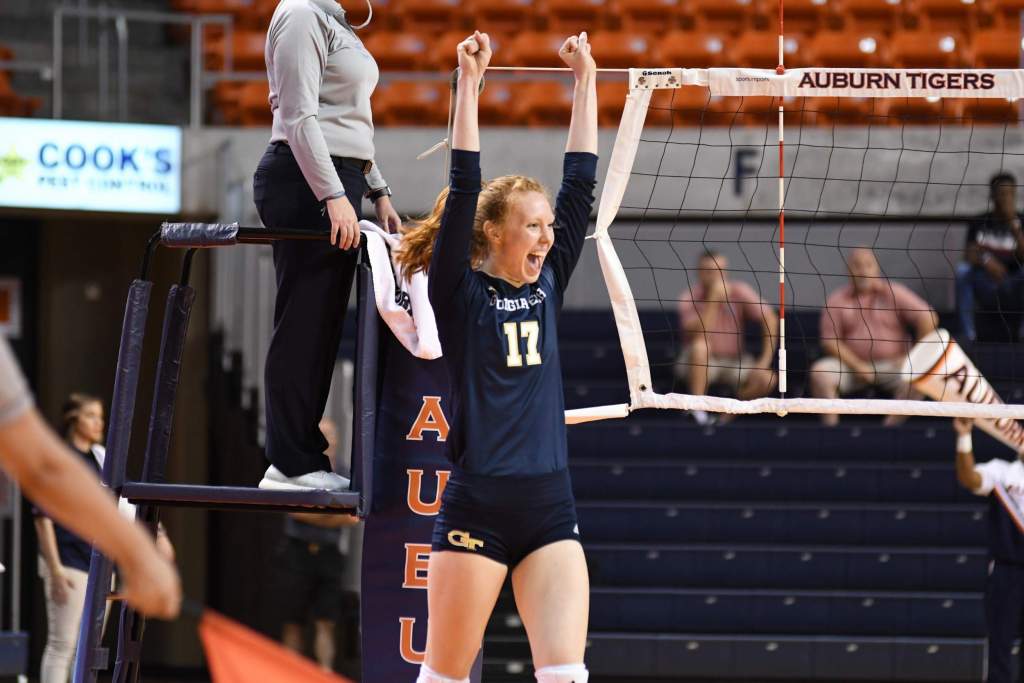 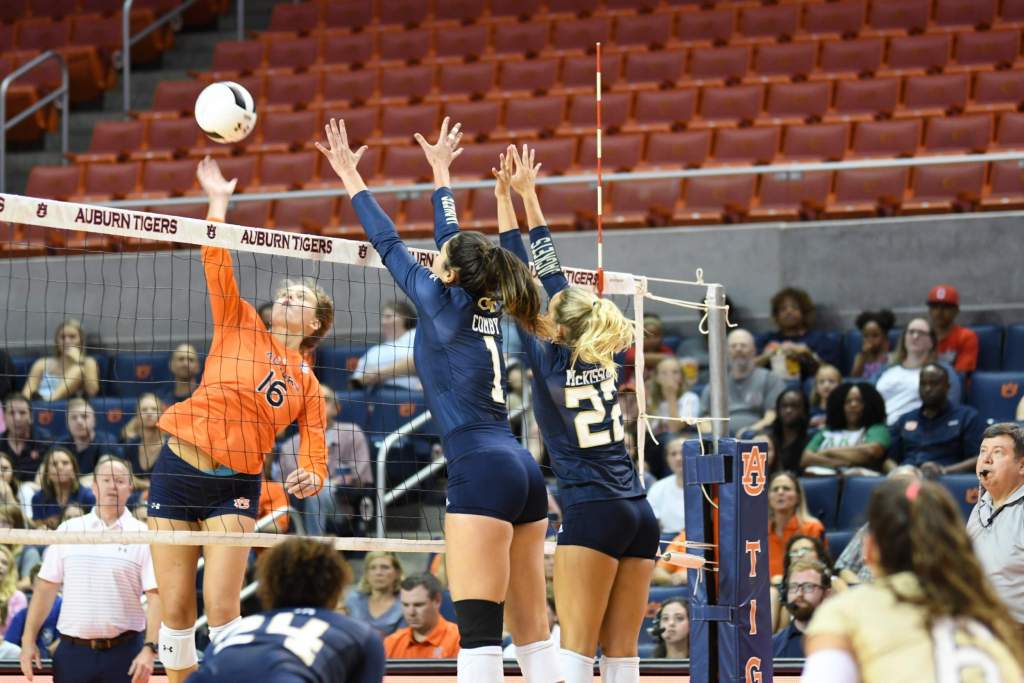 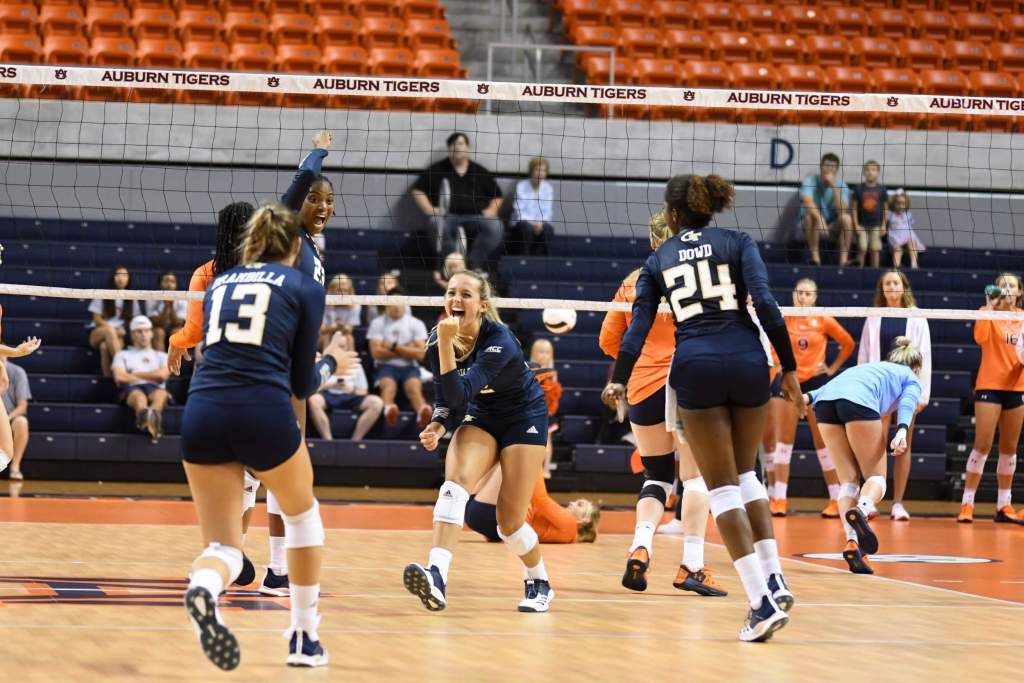 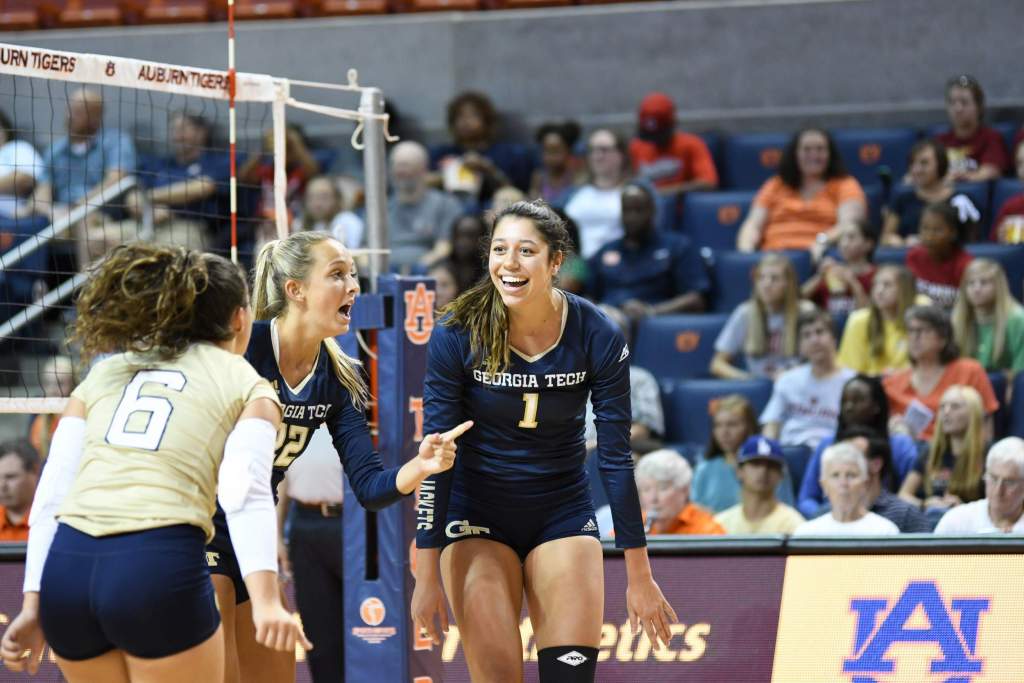 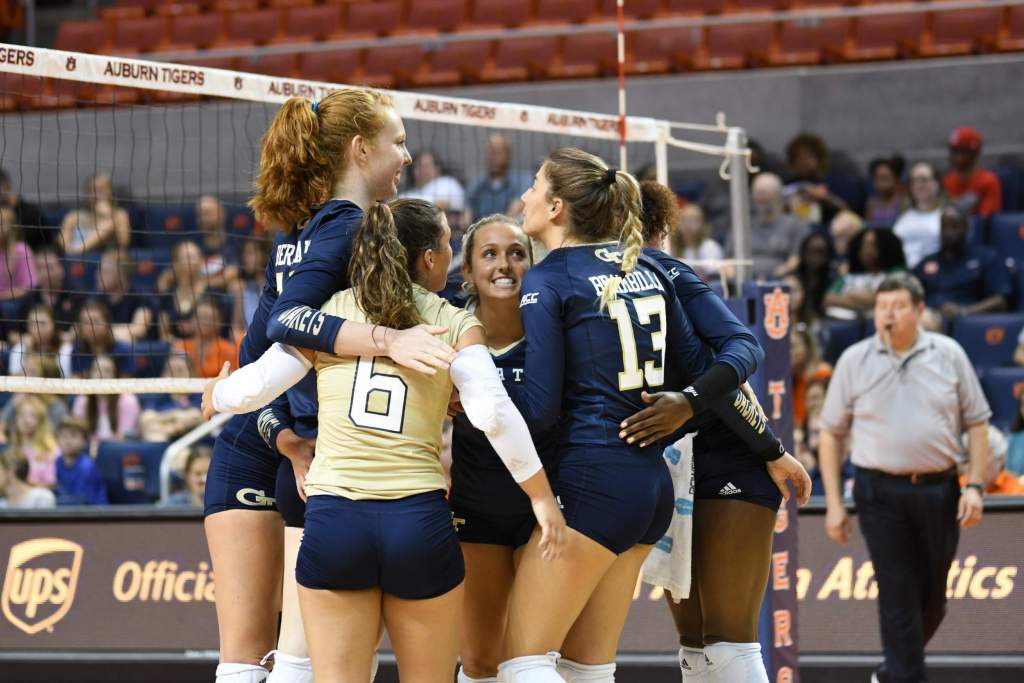 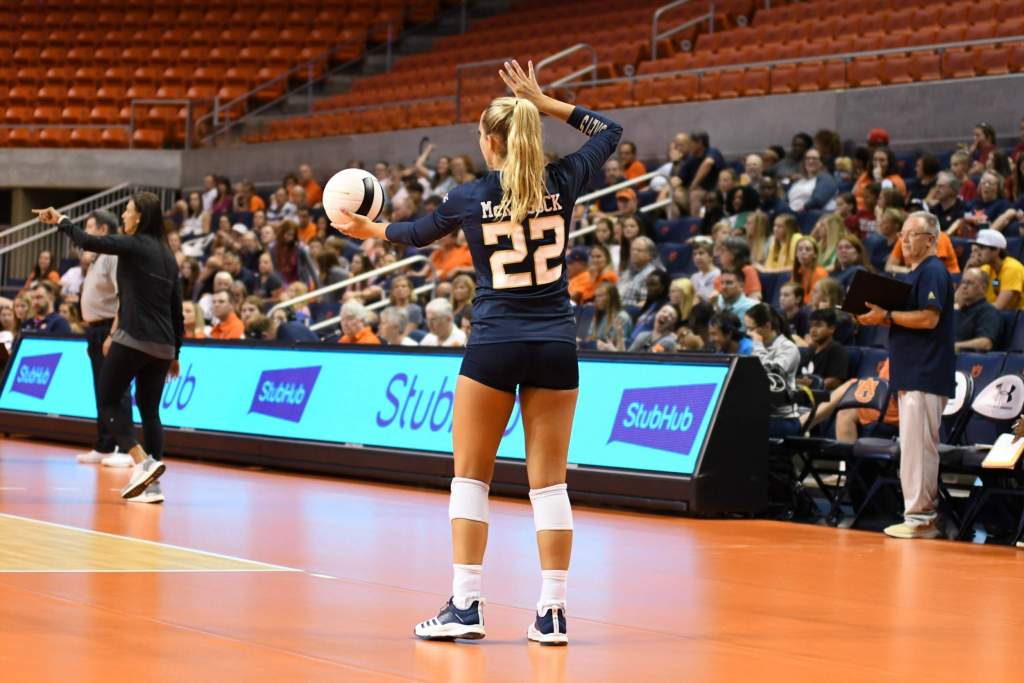 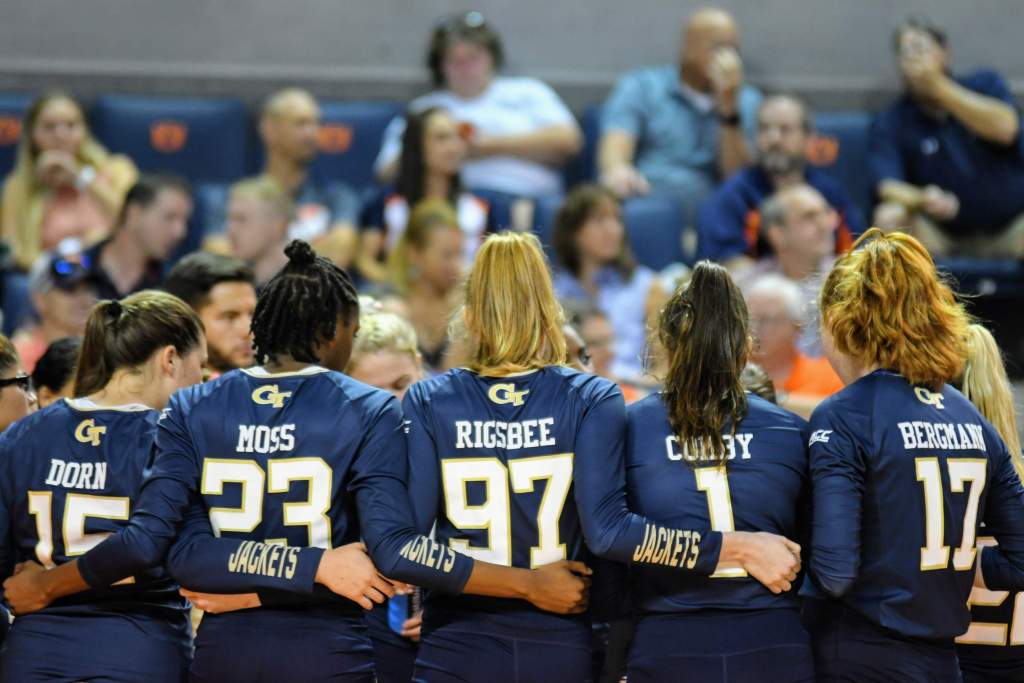 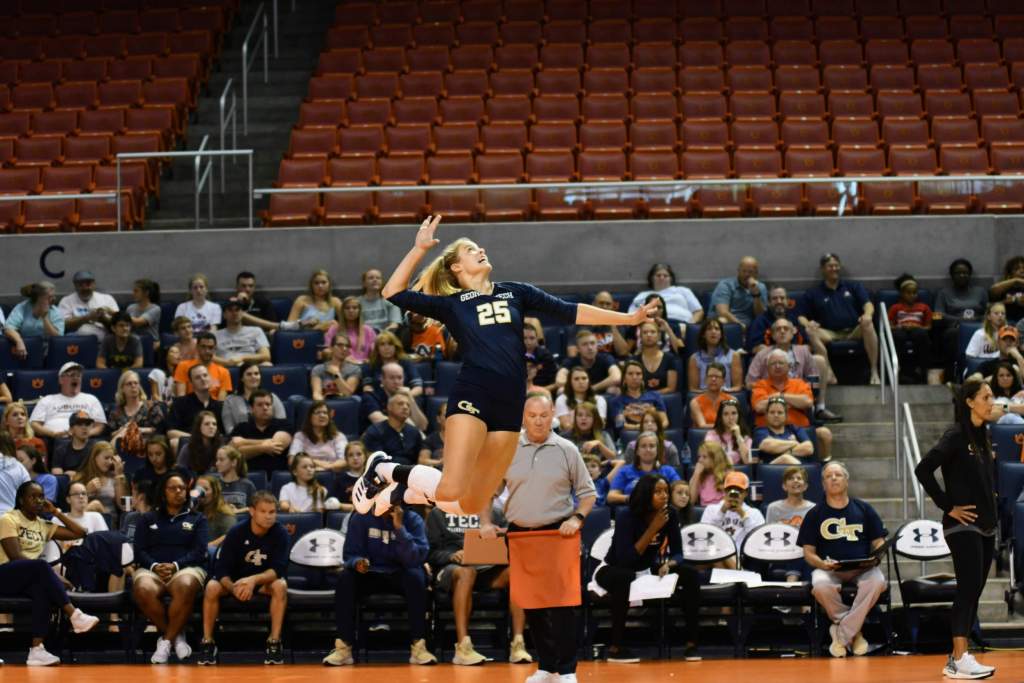 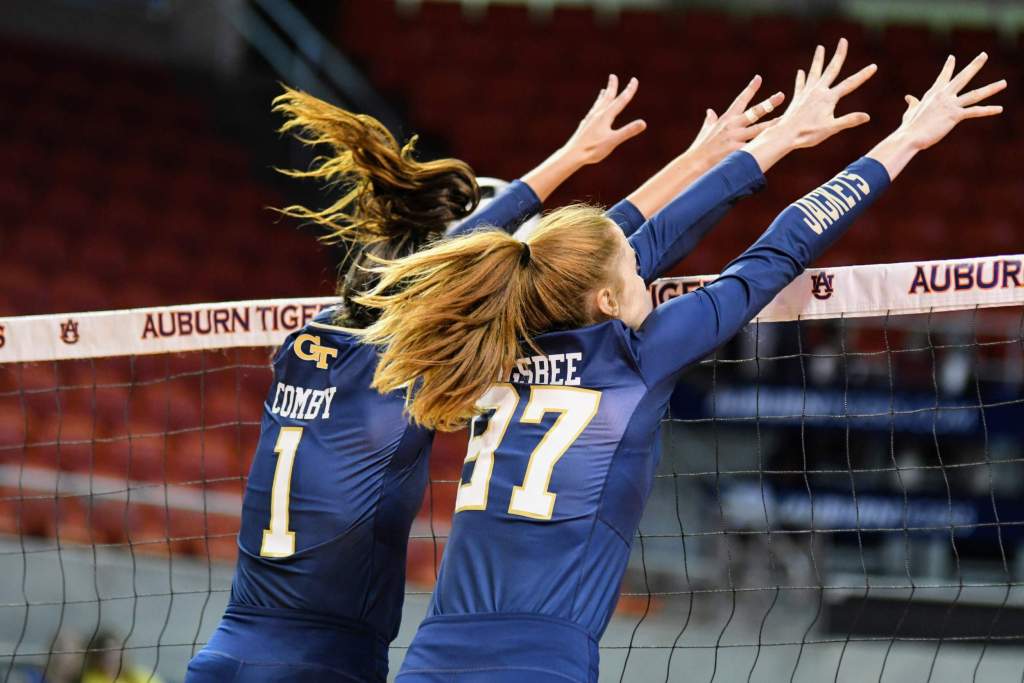 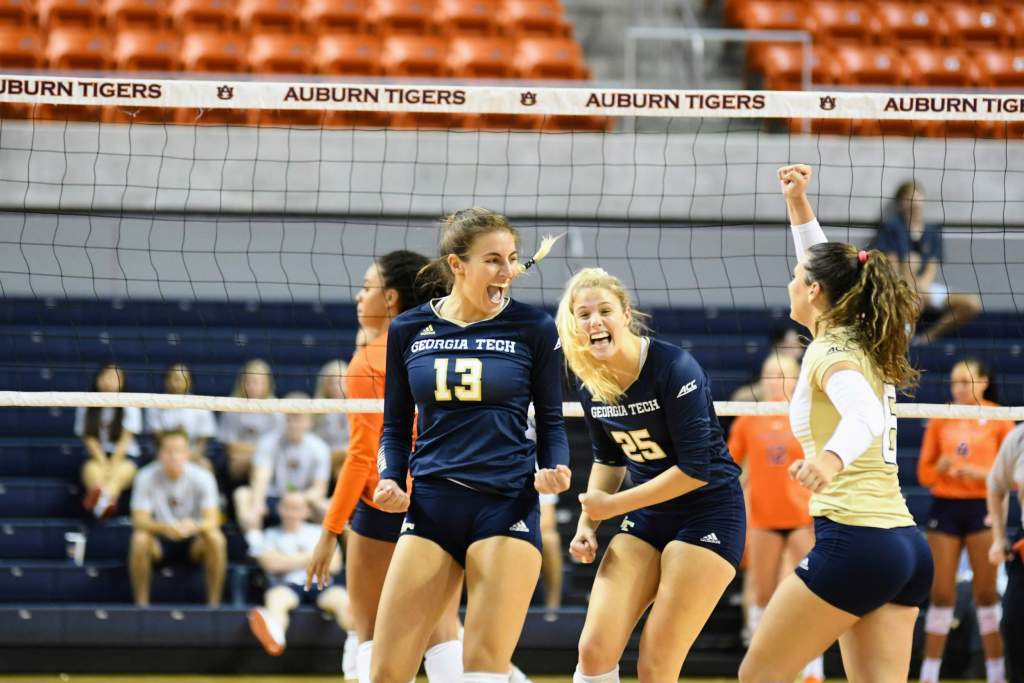 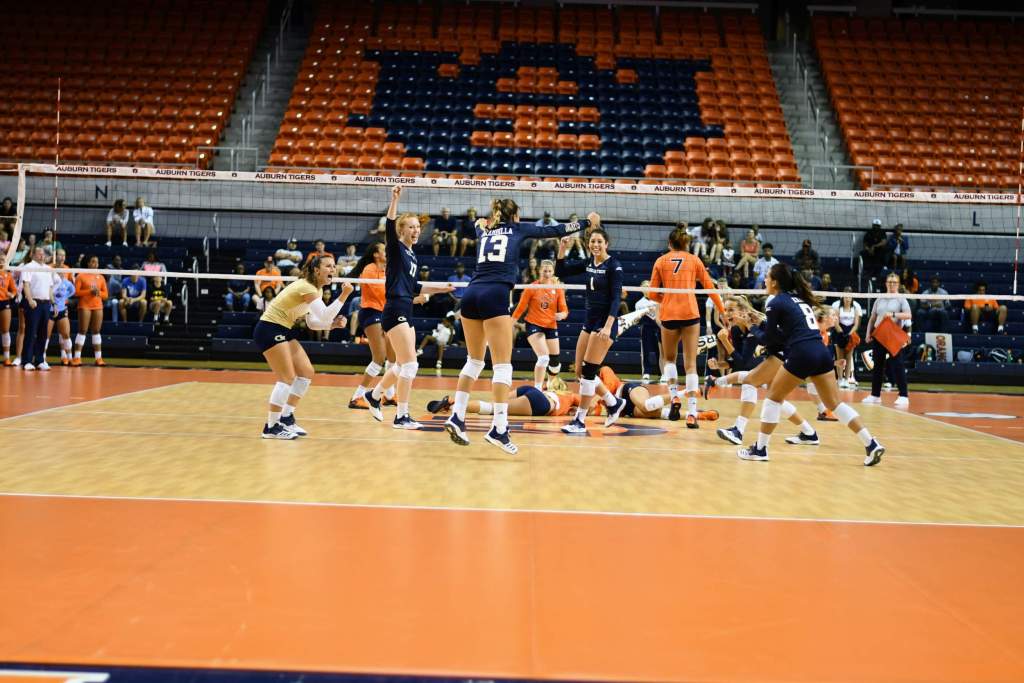 How it happened:
Auburn took an early lead in the first set, but the Jackets kept it close, never trailing by more than three before a kill from freshman Julia Bergmann tied the score at 9-9. The Tigers pushed back out to lead 17-11 and the Jackets called the first timeout of the match to try to halt Auburn’s momentum. An attack error coupled with back-to-back kills from senior Kodie Comby put the Jackets right back into it at 17-14. Comby and Bergmann pieced together a pair of kills and Auburn called timeout with Tech within one at 18-17. Auburn snuck back ahead and was poised to take the set at 24-19 but Tech tallied three in a row to force Auburn to call timeout as a kill from sophomore Mariana Brambilla made it 24-22. Auburn took the next point coming out of the timeout to take the first set 25-22.

The teams traded points to the midway point of the second set when the Tigers snuck ahead to lead by two, 15-13, at the media timeout. Auburn stayed ahead and the Jackets called timeout, trailing 21-16. Tech took four in a row coming out of the timeout, sparked by a kill from sophomore Kayla Kaiser and Auburn called timeout with the lead at 21-20. The Tigers reached set point at 24-21 but Tech kept fighting, forcing the Tigers to use their second timeout by scoring two, coming within one at 24-23. Auburn took the next point to pocket the second set, 25-23 for the two game lead.

The third set was another close start, Auburn led by one at the media timeout, 15-14. The teams kept trading points coming out of the timeout to a tie at 18-18. Auburn snuck ahead by one and Tech called timeout with the score at 19-18. Tech tied it again on an attack error coming out of the timeout and the teams kept battling back and forth. A service error and a kill by junior Grace Rigsbee put Tech up 23-21 and the Tigers called their second timeout of the set. A kill from Kaiser gave the Jackets set point at 24-22 and a kill from Dowd sealed it for the Jackets at 25-23.

The fourth set was another grind.  Auburn grabbed the lead early but Tech kept the score close, only trailing 15-12 at the media timeout. Auburn took five in a row coming out of the media and Tech called timeout with an 18-12 deficit. The Tigers kept at it and Tech took its second timeout with the score at 21-12. Comby tallied a kill to end the Jackets’ dry spell but the set remained out of reach and the Tigers took the fourth 25-16 for the 3-1 victory.

The Yellow Jackets open their season on Friday, Aug. 30 when they host Long Beach State at 7 p.m. in O’Keefe Gymnasium as part of the Georgia Tech Invitational. Tech also hosts Southern and UNC Asheville on Saturday, Aug. 31 as part of the tournament. Fans can purchase single game and season tickets for the upcoming 2019 season here.