THE FLATS – In their final preseason tune-up, the Georgia Tech Yellow Jackets broke open in the second half to defeat Clayton State, 73-35, in exhibition play Wednesday night in McCamish Pavilion. Three Yellow Jackets scored in double-figures led by Francesca Pan with 24 points.

How It Happened
The Jackets outscored the Lakers in the second half, 48-21, shooting 60 percent from the field and 61.5 percent from three-point range to seal the victory. After neither team hit a three-pointer in the first half, the teams combined for seven in the final 20 minutes. Pan hit 4-of-6 from three-point range to post 17 points, while Jasmine Carson connected on a trio of treys to add 15 points in the final two periods. The Jackets dished out 12 assists on 18 made field goals in the second half, led by five from Lorela Cubaj.

For the game, Tech shot 44.4 percent, pulled down 45 rebounds, and recorded 20 assists and eight steals. Pan led the offense with 24 points, followed by Carson with 15 points and Lorela Cubaj with 11 points. Freshman Nerea Hermosa collected 11 rebounds on the night as Tech won the battle on the glass, 45-36. Clayton State was held to a 21 percent shooting clip for the contest. 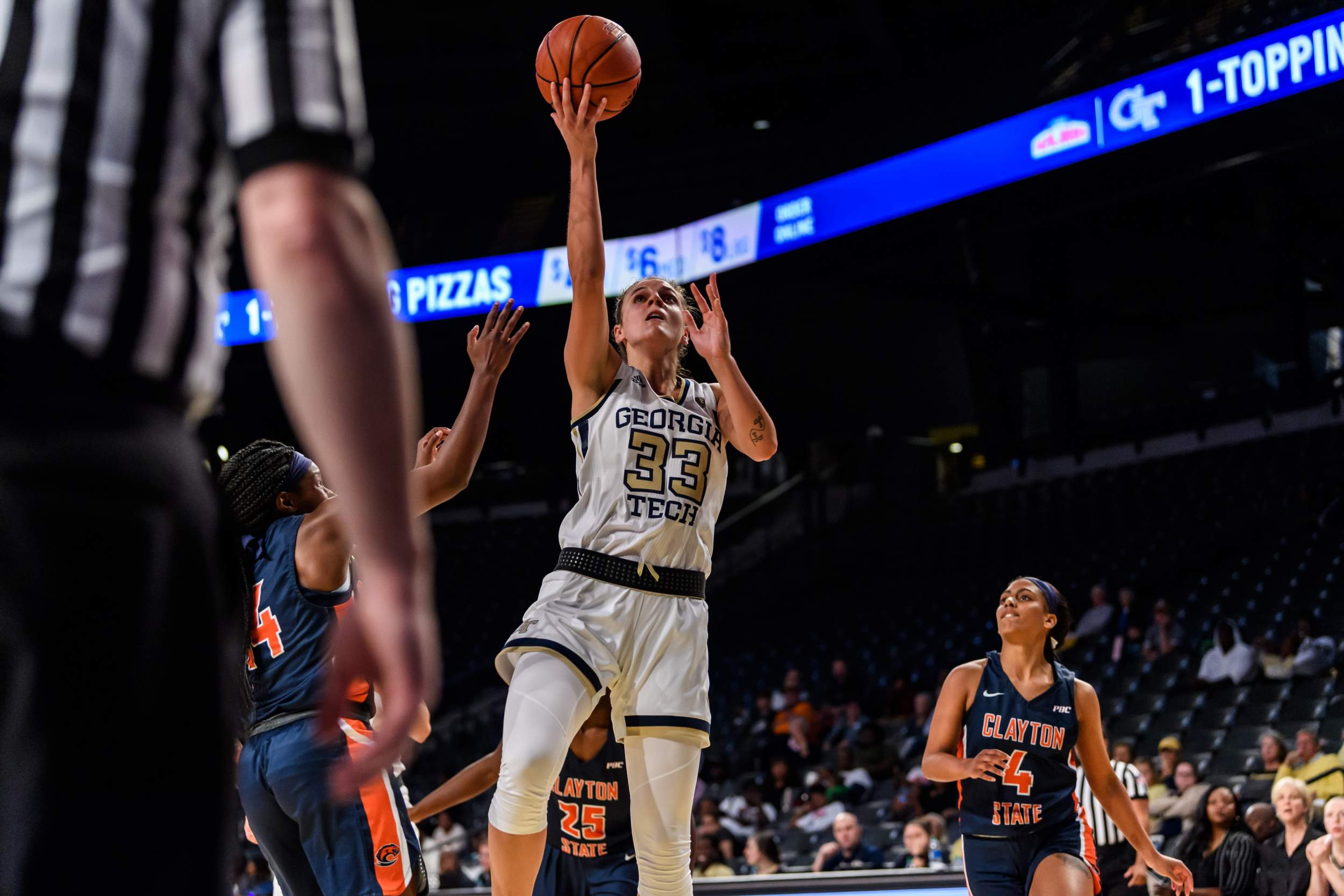 “It’s really good to play the opening game in your arena in front of your fans,” commented head coach Nell Fortner. “One of the stats that stands out to me and is very important for this team moving forward, we had more assists than turnovers tonight. And that is really important for us. So 20 assists on 28 made field goals is really encouraging. I’m really proud of them for that. For a first game out, even though it’s an exhibition game, I thought we really turned things around after the half and became a better team in the second half and that’s something that was nice to see.”

Next Up
Georgia Tech officially opens the 2019-20 season welcoming Houston on Nov. 5 at 7 p.m. The game will be broadcast on ACC Network Extra.