Greensboro, N.C. – Riding a six-game winning streak to close out the regular season, Georgia Tech has earned the No. 4 seed for the 68th annual New York Life ACC Men’s Basketball Tournament at the Greensboro Coliseum, receiving a double-bye to the quarterfinal round. The Yellow Jackets, 15-8 overall with an 11-6 ACC mark, will play their first game at 2:30 p.m. Thursday against either Clemson, Miami or Pittsburgh.

The Tigers (16-6, 10-6) open tournament play Wednesday at 2:30 p.m. against the winner of the opening-round game against the winner of the opening-round game between No. 12-seed Pitt (10-11, 6-10) and No. 13 seed Miami (8-16, 4-15), which occurs at 2 p.m. Tuesday. The survivor will advance to face the Yellow Jackets Thursday. It is the first time since the ACC expanded to 15 teams that Georgia Tech has received a bye to the quarterfinals, and the Jackets’ fourth-place finish is the team’s best since it tied for third in 2004.

Clemson grabbed the fifth seed Saturday after defeating Pittsburgh, while North Carolina (16-9, 10-6) wound up in sixth place with its win over Duke, and Louisville (13-6, 8-5) fell to seventh place after its loss to Virginia.

Opening-round and second-round games in the ACC Tournament will be televised live on the ACC Network. Quarterfinal games on Thursday and semifinals games Friday will air live on ESPN or ESPN2. Saturday’s championship game will air on ESPN. 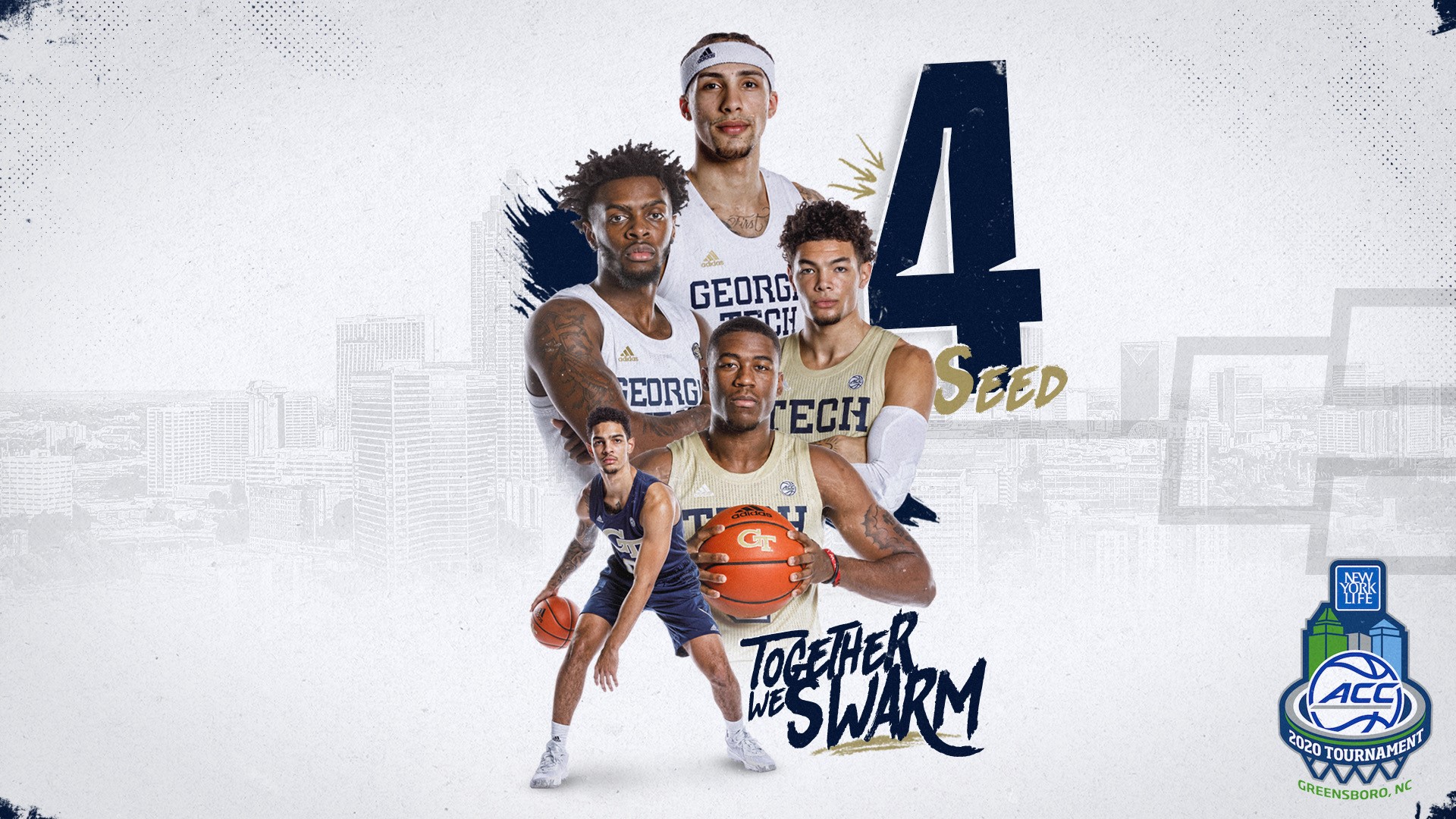 “I’m so proud of our young men the way they’ve competed over the last few weeks to get us to this point,” said head coach Josh Pastner. “The way they have fought, kicked, scratched and clawed and punched their way off the ropes has been incredible. It’s a real credit to the character of our guys. Now we need to get our guys rested and healthy, because it’s been a grind over these past three weeks.”

Tech, which was projected to finish ninth in the official pre-season media poll, enters its 41st ACC Tournament with a number of achievements in the 2020-21 season that haven’t been accomplished for a long time, or have been done for the first time. For the first time since 2005, the Jackets are not playing on the opening day, and their No. 4 seed is their highest since 2004.

The Yellow Jackets’ 11 ACC wins this season matches their 2019-20 total, and their 11-6 mark by percentage (61.1 pct.) is the fourth-highest in team history. The 22 conference wins over the last two seasons are the most for the program over a two-year span. Tech’s current six-game winning streak is the longest for the team since the 1995-96 season, and included in that streak are three straight road wins, the most for the Jackets’ since the 2007-08 season.

Georgia Tech has played in 40 ACC Tournaments, and has a 26-37 all-time record in the event. The Yellow Jackets have won three championships – 1985 (Atlanta), 1990 (Charlotte) and 1993 (Charlotte), and have a 9-17 all-time record when the tournament has been held in Greensboro.

Tech did not play in the 2020 tournament while serving an NCAA postseason ban.