The Yellow Jackets (13-7, 11-6 ACC) took the lead in the opening frame following a Nerea Hermosa bucket, but the Tar Heels (12-9, 7-9 ACC) answered with a 33-10 run spanning the end of the quarter and the second stanza, opening a 20-point lead to hold a 46-24 advantage at halftime. Tech was limited to three field goals in the second quarter, while UNC shot 60 percent (12-20) from the field to gain momentum in the contest. UNC maintained a comfortable lead in the second half to secure the win. 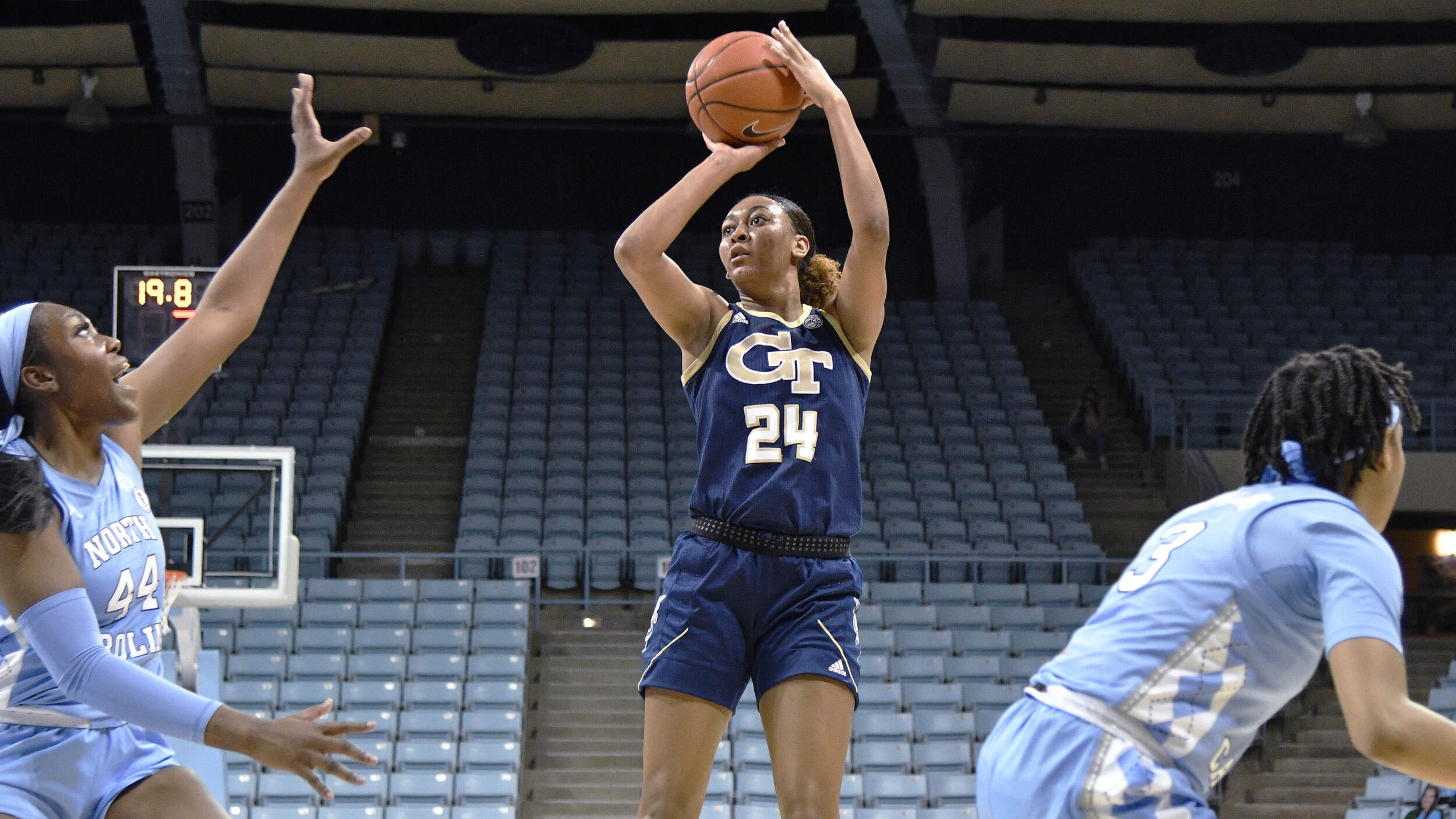 For the game, Lahtinen led Tech with 17 points, followed by McQueen with 13 points. Lahtinen and McQueen both hit three three-pointers in the game as Tech finished with six. Lorela Cubaj nearly missed a double-double with a team-best nine rebounds and eight points. Tech shot 38.7 percent (24-62) from the field.

North Carolina was led in scoring by its starting five, all finishing in double-figures. Deja Kelly led the way with 22 points, while Janelle Bailey added 12 points and 10 rebounds. UNC won the rebounding battle, 41-28.