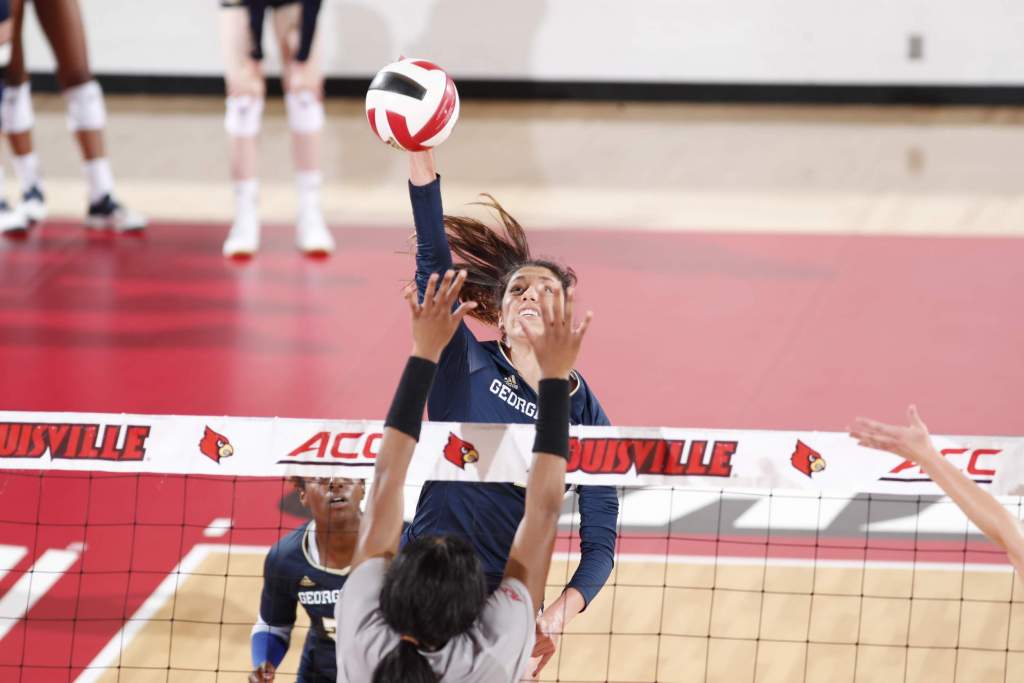 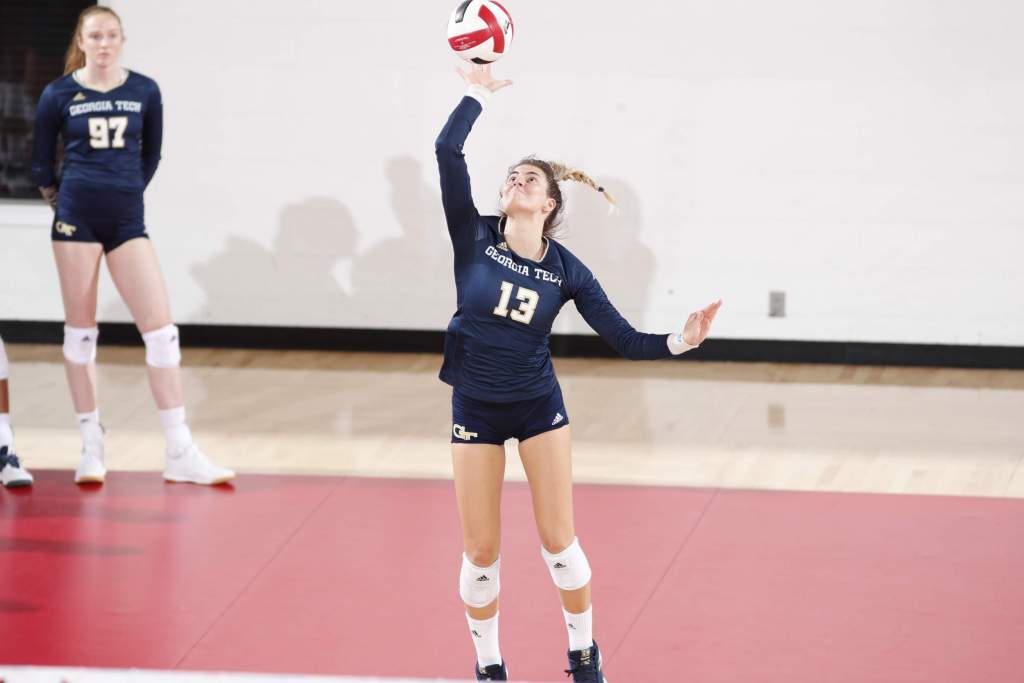 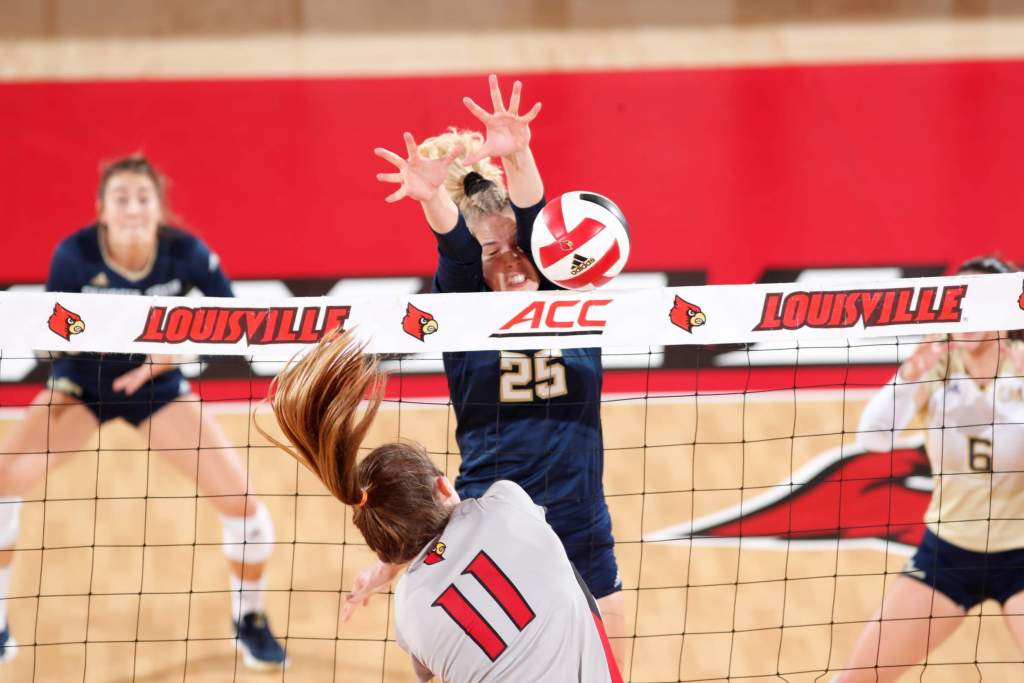 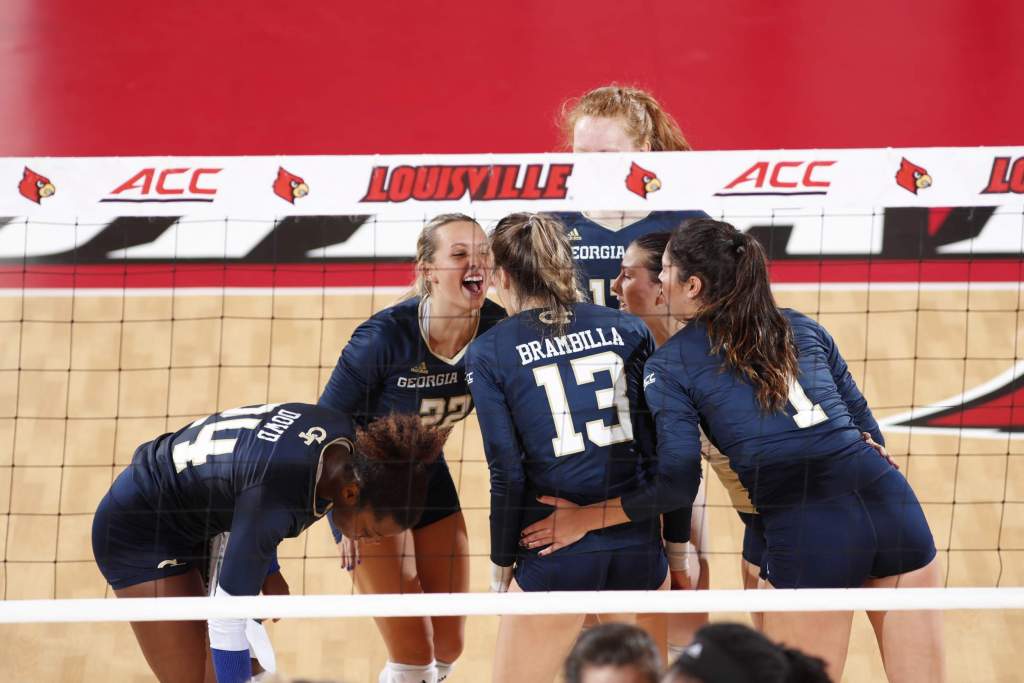 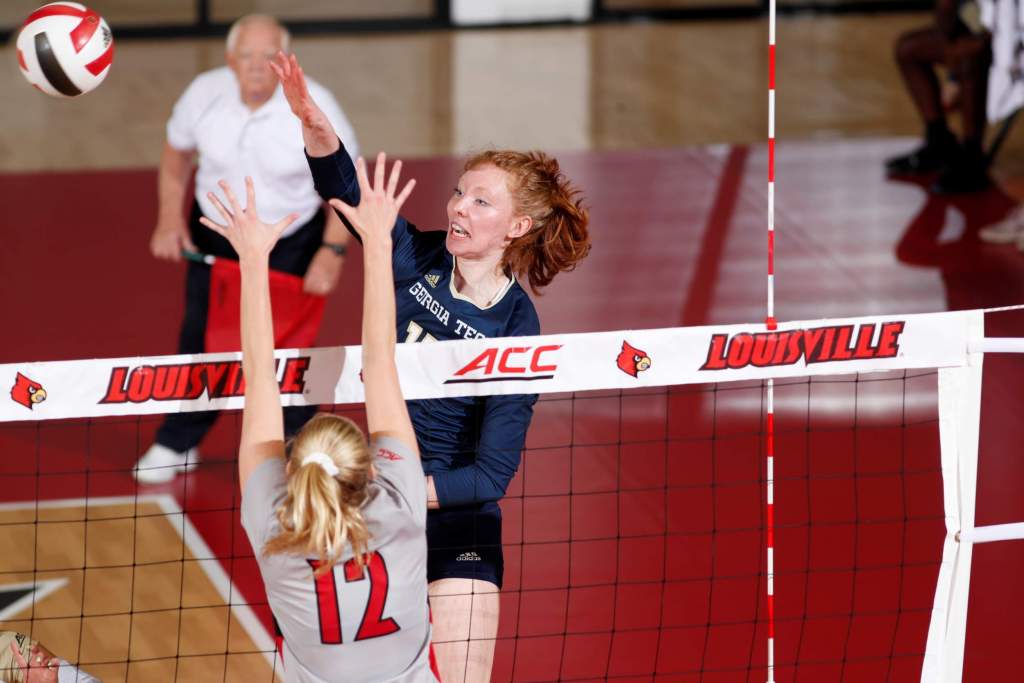 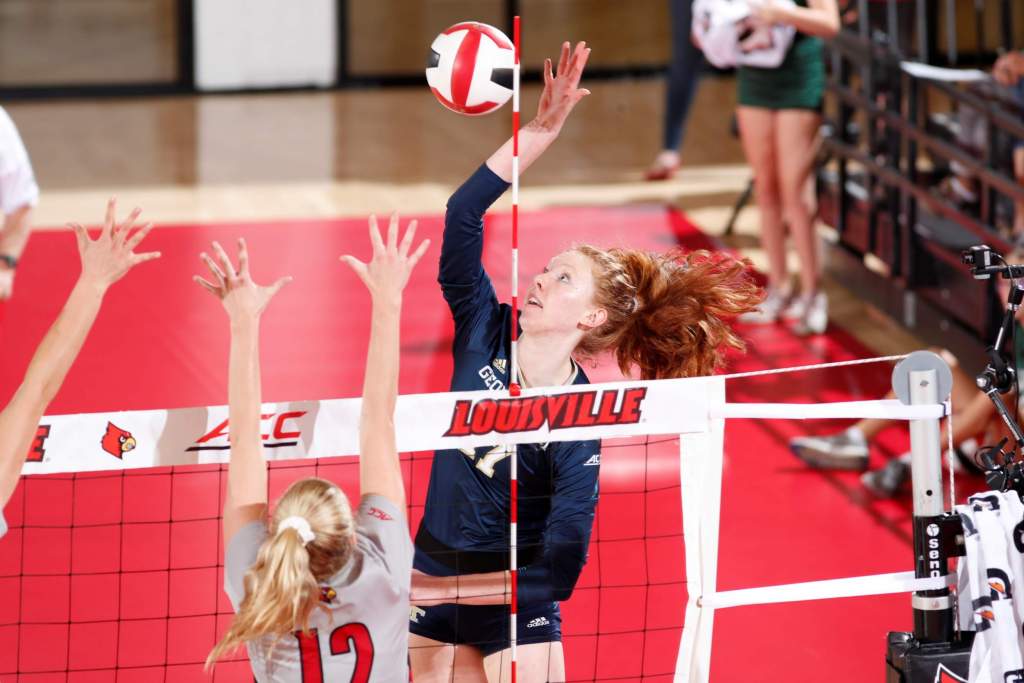 How it happened:
The match started as a back and forth battle in the first until a 4-0 run put the Cardinals ahead 11-7 and the Jackets signaled for a timeout. A kill from freshman Julia Bergmann got the Jackets’ offense going again but Louisville stayed ahead and Tech called its second timeout trailing 17-10. The White and Gold put up three coming out of the timeout and Louisville called one of their own following a service ace from Louisville native, Kayla Kaiser, with the score at 17-13. The Jackets kept fighting, bringing the score within one at 20-19 on an attack error but a 4-0 run bought Louisville to set point at 24-19. Bergmann tallied one more kill for the Jackets but the Cardinals took the first set at 25-20. Senior Kodie Comby and Bergmann led the Jackets offensively in the first set with five kills each.

Louisville took the first lead of the second set but three-straight kills from Bergmann brought Tech back within one at 9-8. Louisville snuck out ahead again and Tech trailed 15-11 at the media timeout. The Jackets gave up two more points coming out of the timeout and called another at 17-11. Tech just wasn’t able to get back into it and the Cardinals took the 2-0 lead at 25-15.

Tech bounced back in the third, taking three-straight points with sophomore Maddie Tippett at the service line to lead 10-6 and the Cardinals signaled for a timeout. Louisville fought its way back, tying the set at 11-11 and the teams traded points to a tie at 13-13. The Jackets made a 4-0 run that included two solo blocks off the hands of sophomore Mariana Brambilla and Tech grabbed the 17-13 lead as Louisville called its second timeout. The Cardinals brought the score within two at 19-17 and the Jackets called a timeout to slow Louisville’s momentum. Louisville kept battling, knotting the set at 23-23. Trading points to a tie at 24-24 an attack error gave the Jackets set point. The Cardinals tied the set at 25-25 and tallied the final points for the sweep at 27-15.

Up next:
The Jackets hop on a flight to South Bend, Ind., to take on the Fighting Irish at 1 p.m. on Sunday, Oct. 6 on ACCNX.