THE FLATS – Freshman quarterback Jeff Sims threw for three touchdowns and ran for 108 yards Saturday night for Georgia Tech, which scored its most points in a game under head coach Geoff Collins and amassed 377 yards on the ground in a 56-33 Atlantic Coast Conference football victory over Duke under the lights at Bobby Dodd Stadium.

In the 88th renewal of the longest continuous rivalry on Tech’s schedule, the Yellow Jackets took command in the third quarter and improved to 3-5 overall this season, 3-4 in the ACC. With three games still to play, the Jackets surpassed their ACC win total (2) and matched their overall victories (3) from a season ago.

Sims completed 13 of 23 passes for 146 yards for the Yellow Jackets, hitting Malachi Carter for 12 yards in the first quarter and connecting with Jalen Camp and Adonicas Sanders, each for 24 yards in the third period. Meanwhile, running back Jordan Mason posted the fourth 100-yard game of his career, getting 105 yards on 21 carries, and freshman Jahmyr Gibbs ran for 91 yards and two TDs in less than two quarters of play.

Leading 28-26 at intermission, Tech began to pull away in the third quarter of what had been a back-and-forth affair, capitalizing on Tariq Carpenter’s interception on Duke’s opening possession. Carpenter’s 43-yard return set up the Yellow Jackets at the Duke 24, where Sims hit Camp for a touchdown on the first play for a 35-26 lead.

The Blue Devils fumbled the ball away on each of their next two possessions, but eventually answered with a 28-yard pass from Chase Brice to Jalon Calhoun with 2:15 left on the third quarter clock, closing within 35-33.

That was as close as Duke would get, however, as Tech scored on its next three possessions and blanked the Blue Devils the rest of the way. The Jackets first moved 65 yards on four plays, covering the final 24 on Sims’ pass to Sanders for a 42-33 lead with 33 seconds left in the period. Dontae Smith’s 36-yard burst up the middle capped a six-play, 64-yard drive on Tech’s next possession to give the Jackets a 49-33 lead with 10:13 left on the fourth-quarter clock. The Jackets tacked on a third score when Smith went 22 yards down the right sideline, capping a 50-yard drive for a 56-33 lead at the 4:42 mark.

Tech ran for almost as many yards as Duke totaled (382), and rolled up 523 yards in total offense for the game, averaging 7.4 yards per play. The Jackets forced five turnovers.

The Jackets return to action next Saturday with a road game at NC State, who defeated Syracuse, 36-29, Saturday on the road. Kickoff time and television will be announced Sunday. 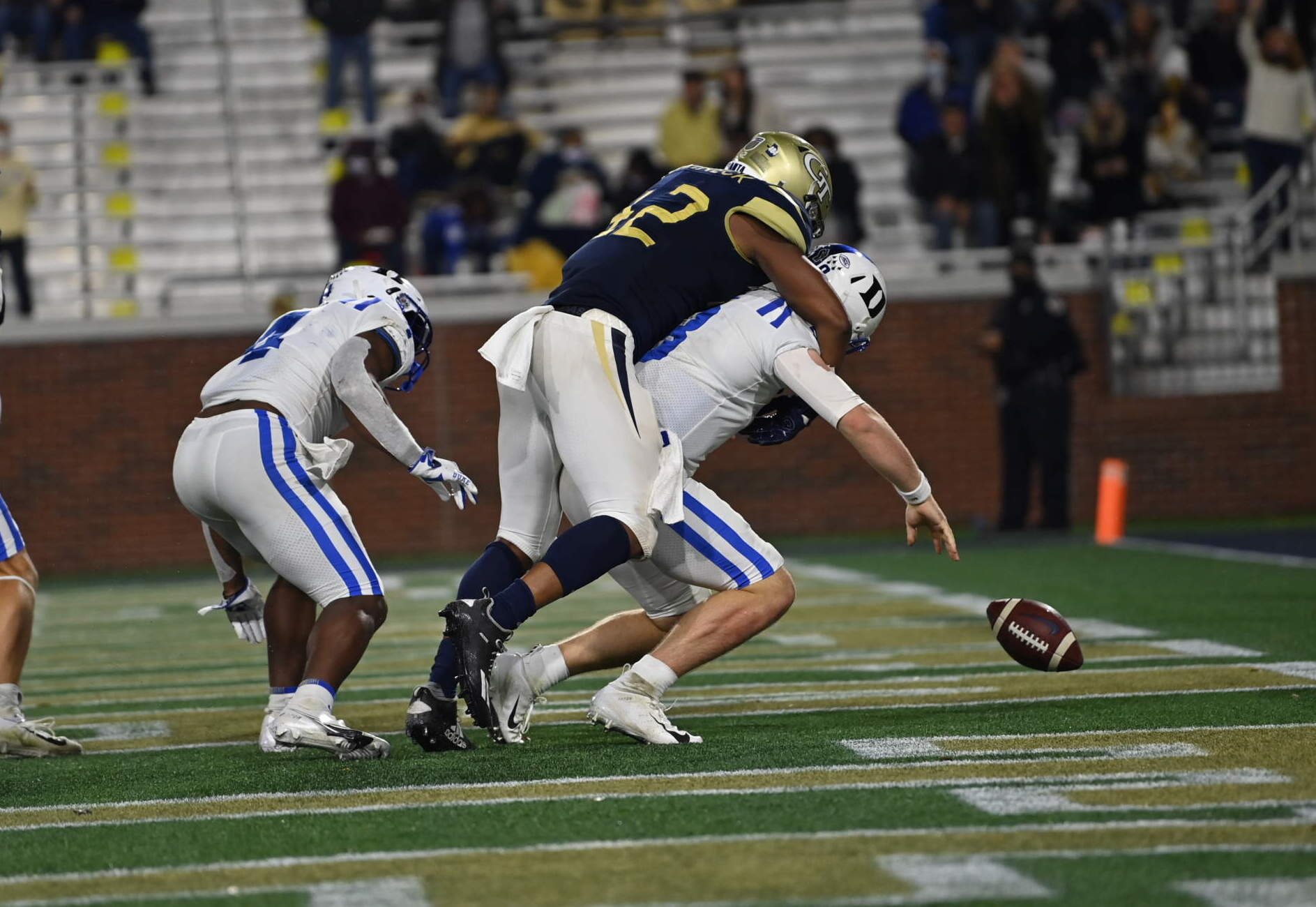 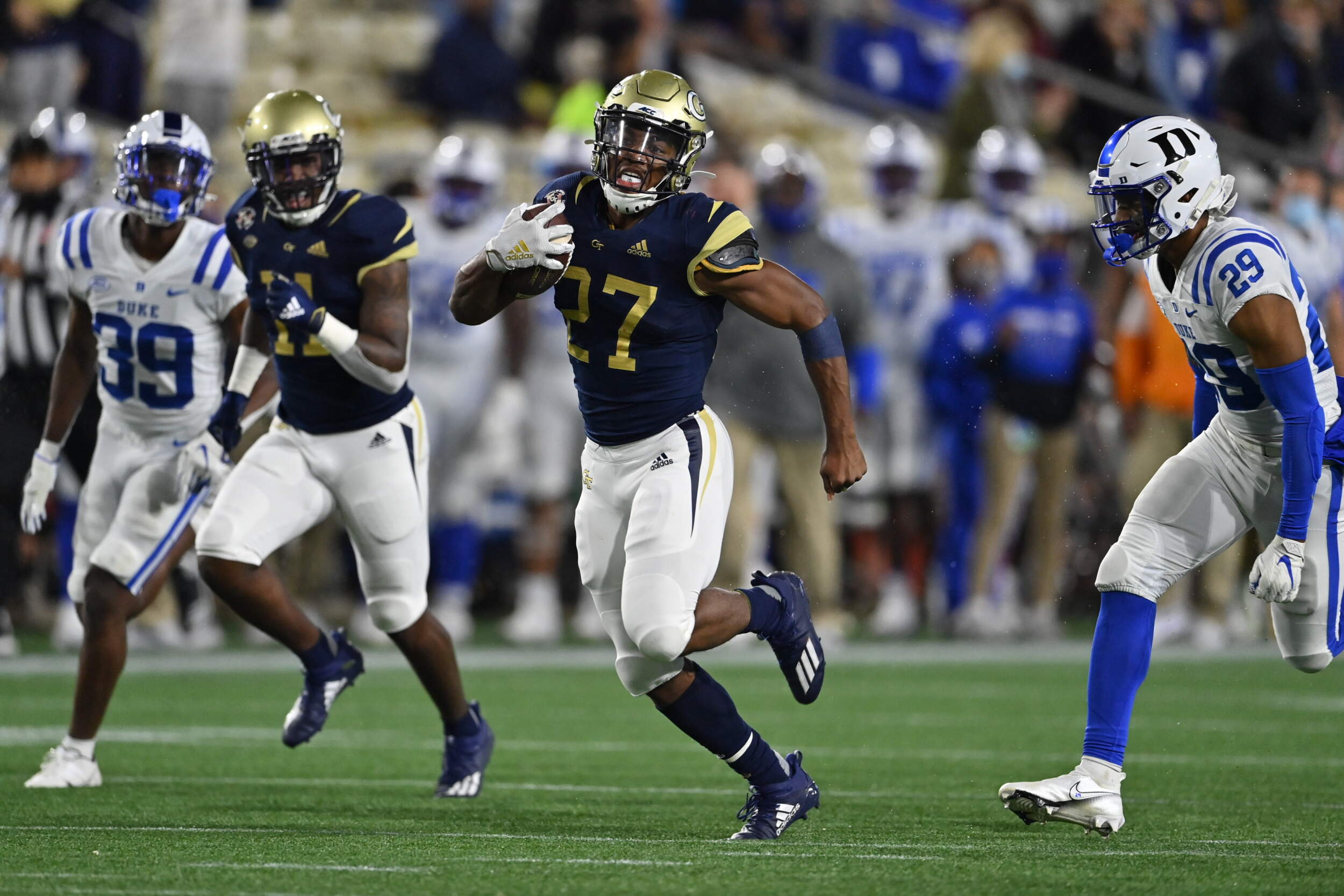