Madrid, Spain – Facing its first real adversity of the week on the basketball court, Georgia Tech fell behind early and trailed by 17 points at the half before storming back for an 87-83 victory over the Spain All-Stars Thursday afternoon in Madrid, completing a 4-0 tour for the Yellow Jackets in Spain.

Sluggish following a full day off Wednesday, the Yellow Jackets fell in arrears 20-14 at the end of the first period and 44-27 by halftime, while the Spaniards looked sharp and fresh, moving the ball expertly and getting open shots at the rim.

Tech found its energy in the third quarter, however, behind its guard tandem of Jose Alvarado and Michael Devoe, outscoring the Spanish team 31-18 and shaving away most of its deficit. The Jackets didn’t take their first lead until 7:53 remained in the game, pulling ahead 67-64 on an Evan Cole layup off a feed from Jordan Usher and an Asanti Price lay-in from Devoe.

Jose Alvarado, who scored 17 of his 20 points in the fourth period, talks about the game and the trip to Spain.

Alvarado, who scored 17 of his 20 points in the fourth quarter, helped secure the game for the Yellow Jackets with six free throws over the final 1:49. The junior hit two three-point field goals and went 9-for-9 from the foul line in the period.

Devoe, a sophomore, was the spark plug in the third period, scoring eight points on baskets from close range, then added two more (including a three) in the fourth to finish with a team-high 21 points.

Tech went 10-of-17 from the floor after intermission, including 8-of-17 from three-point range, in scoring 60 points, its highest-scoring half of the week, and forced 12 opponent turnovers. The Jackets went 10-of-11 from the free throw line in the final period.

Khalid Moore was the only other Jacket in double figures, scoring 12 points on 5-of-6 shooting, while freshman Asanti Price added nine, including a pair of threes.

Tech made 41 three-point shots in the four games, connecting at a 34.5-percent rate. 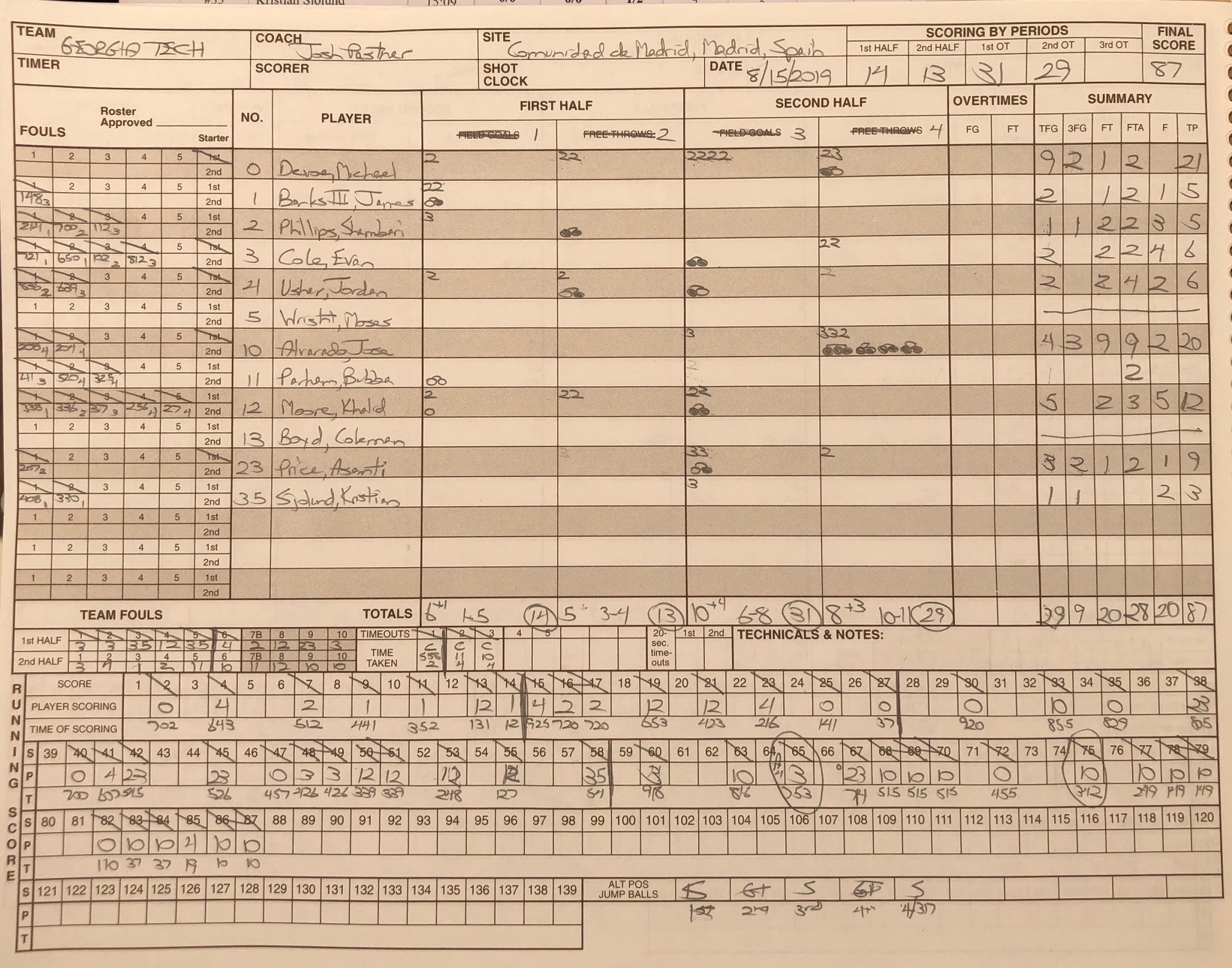 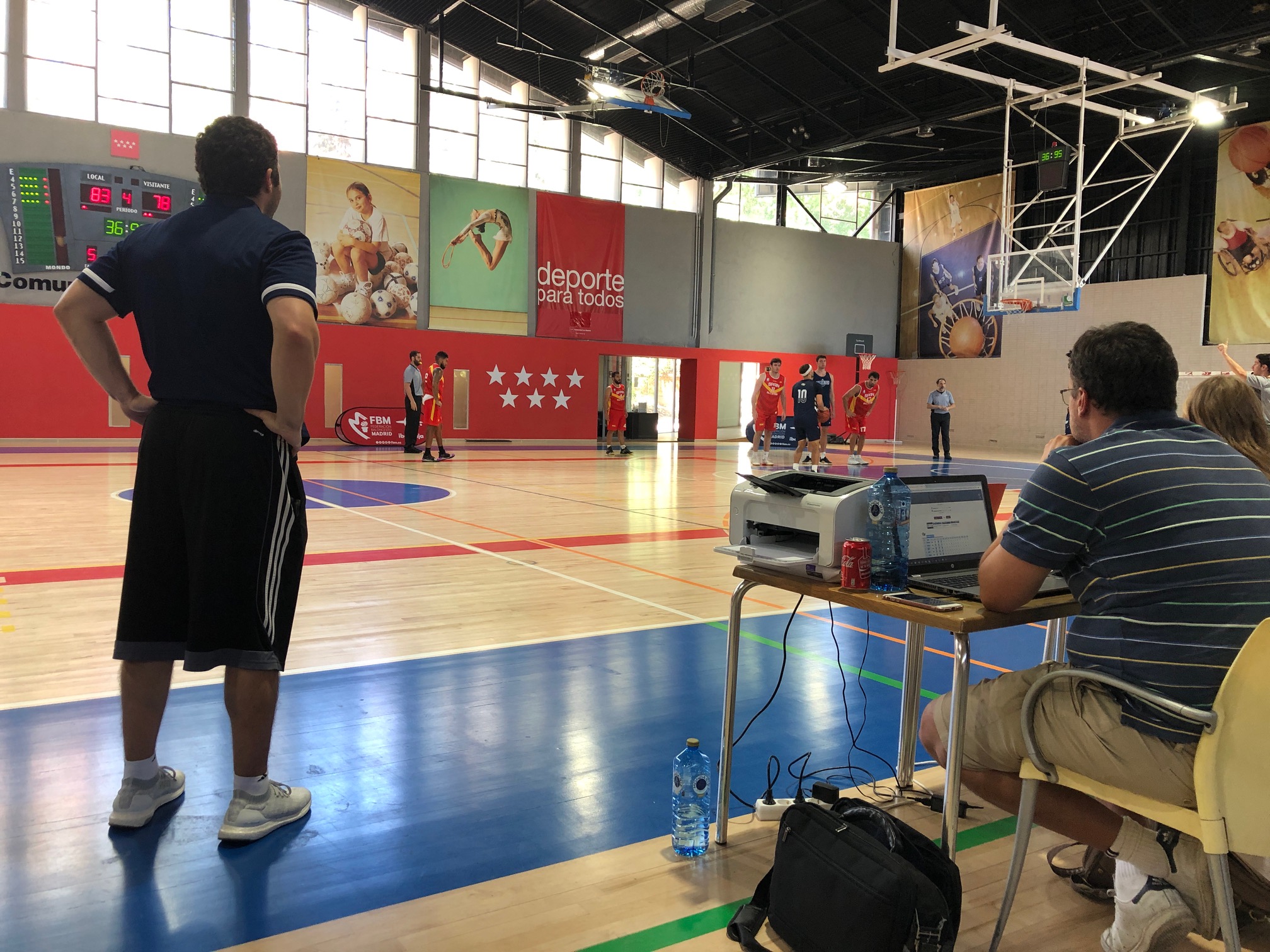 Head coach Josh Pastner looks on as Jose Alvarado drains one of his six free throws in the final 1:49 Thursday.