Georgia Tech update (10-12, 4-7 ACC) – Tech sits alone in 12th place in the ACC, one game out of a sixth-place tie that includes the Yellow Jackets’ two opponents this week – Virginia Tech and Pittsburgh – as well as Boston College, Clemson and NC State. Tech is 1-3 at home in conference play since January began, falling to Duke, Notre Dame and Virginia by a total of 13 points before downing NC State on Jan. 25. The Jackets come into Tuesday’s game on the heels of an 80-72 loss at Notre Dame.

Virginia Tech update (14-8, 5-6 ACC) – In its first season under head coach Mike Young, the Hokies have lost four of their last five games, the lone win coming in double-overtime at home against North Carolina on Jan. 22. Since then Virginia Tech, 3-3 on the road, has lost three tough games by an average of 8.7 points to Boston College, Miami and Florida State (a 74-63 home loss Saturday). 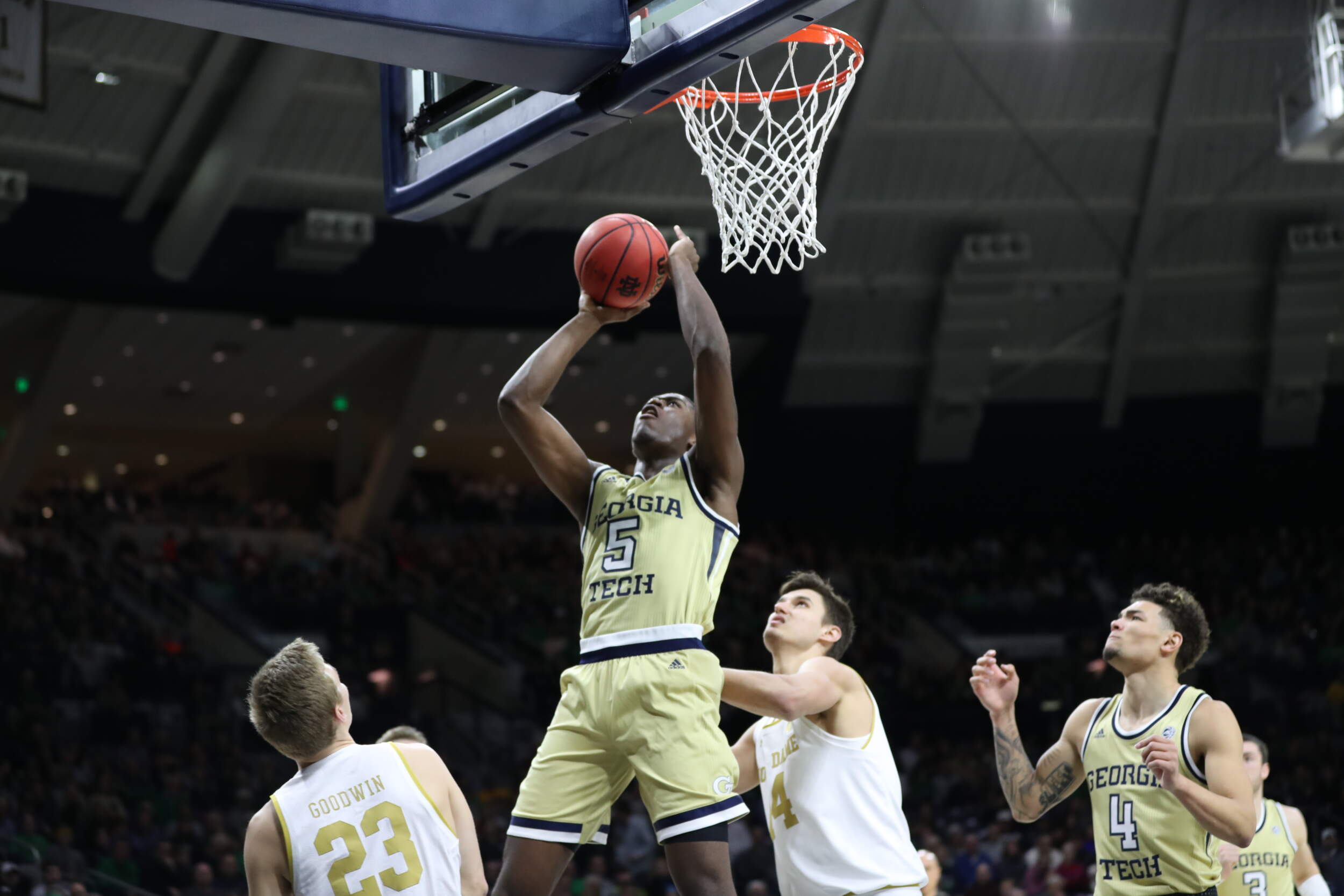 Moses Wright has reached double digits in points in 11 of his last 13 games, including 17 points at Notre Dame. (photo courtesy of Notre Dame) 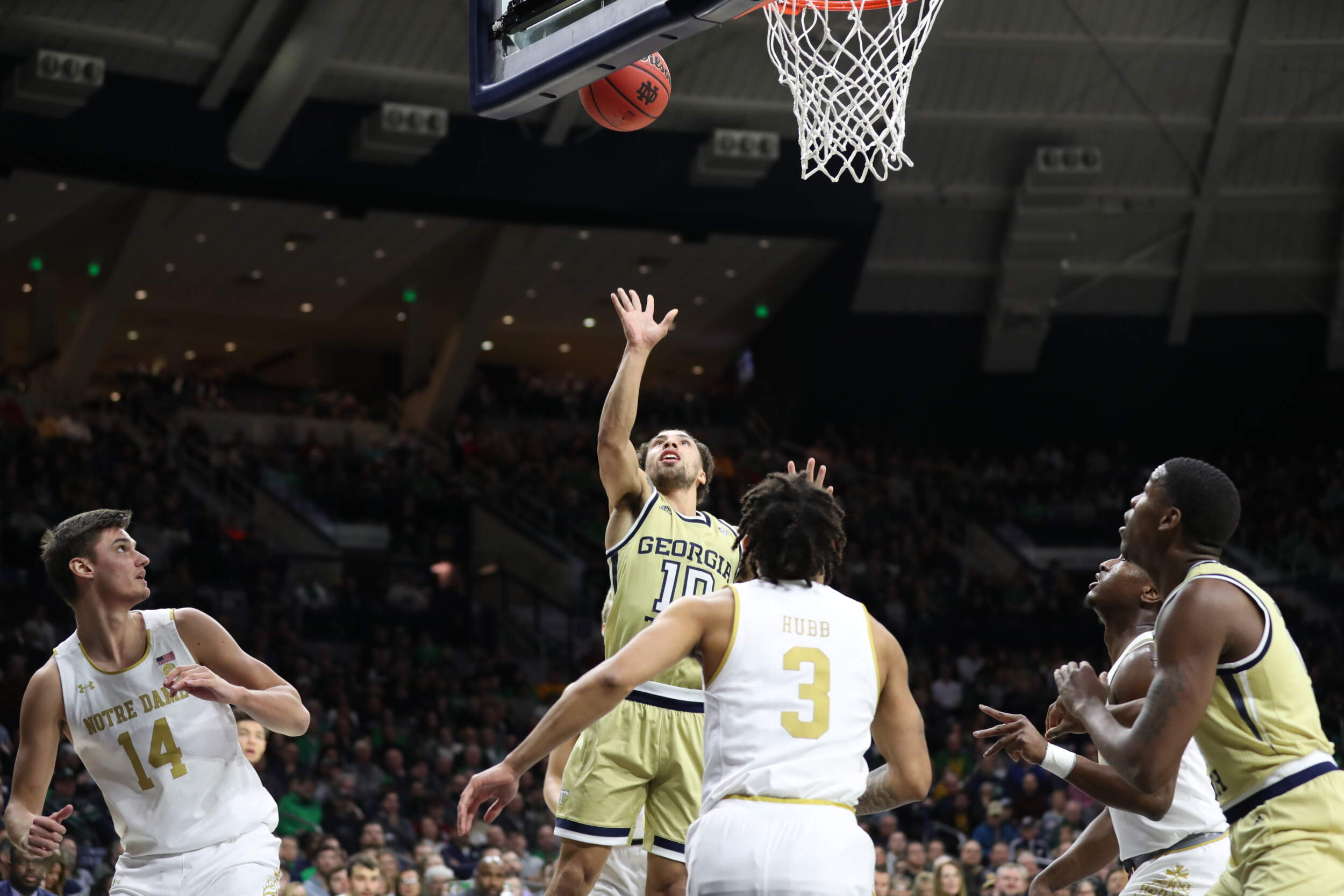 Jose Alvarado has scored 20 or more points four times since the first of January, including 25 Saturday at Notre Dame. (photo courtesy of Notre Dame) 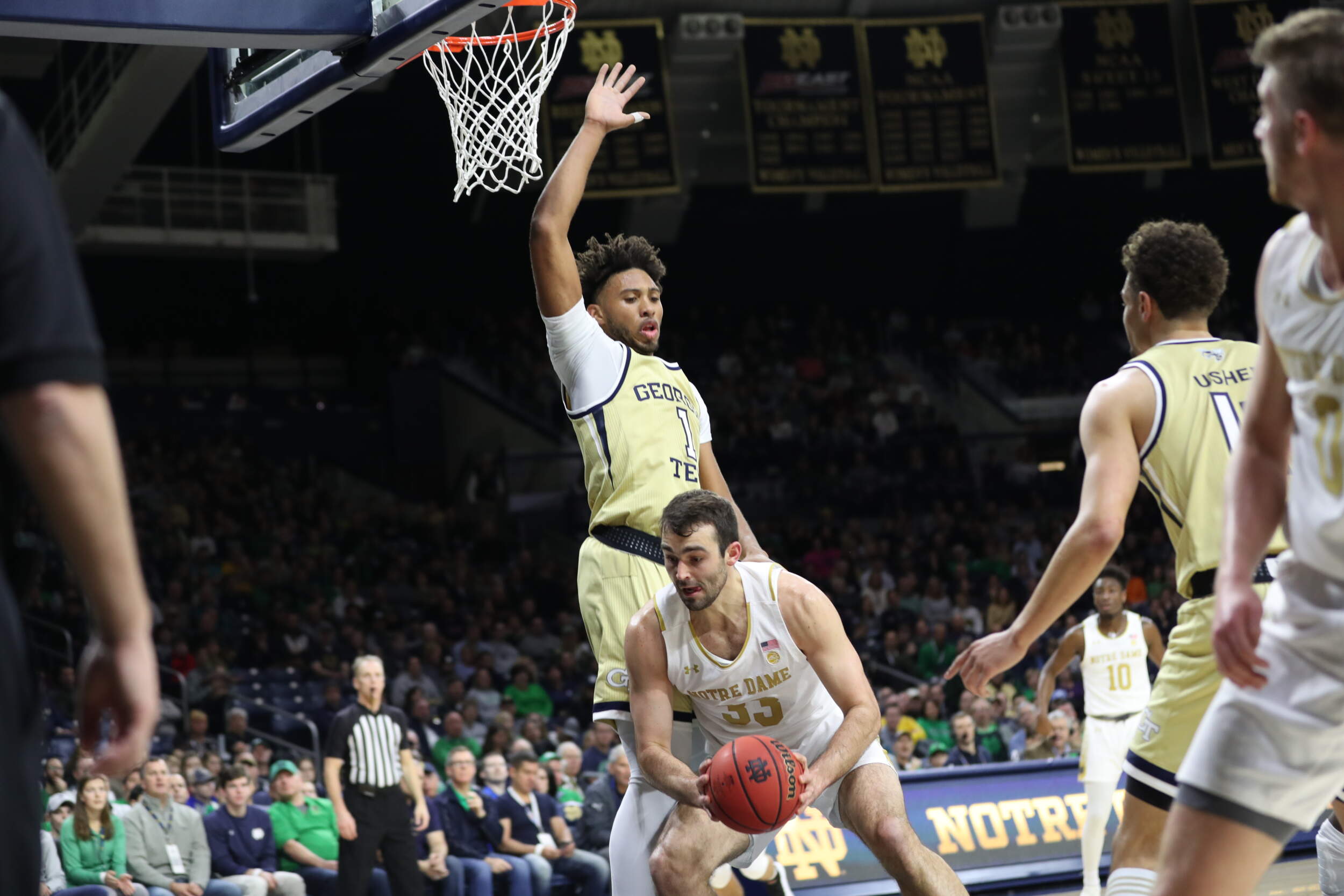