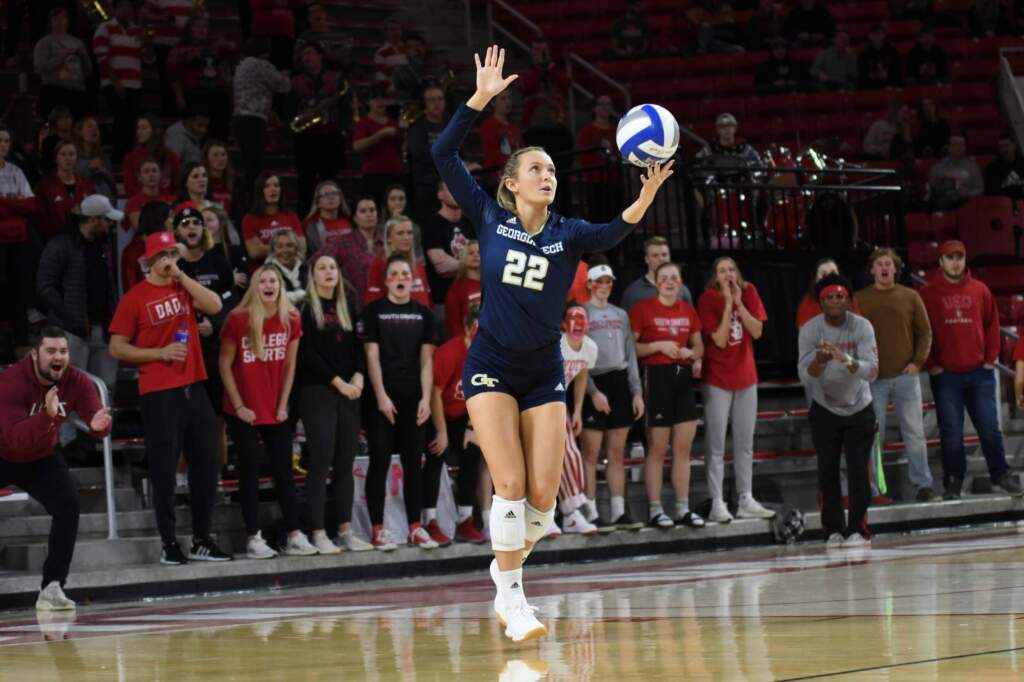 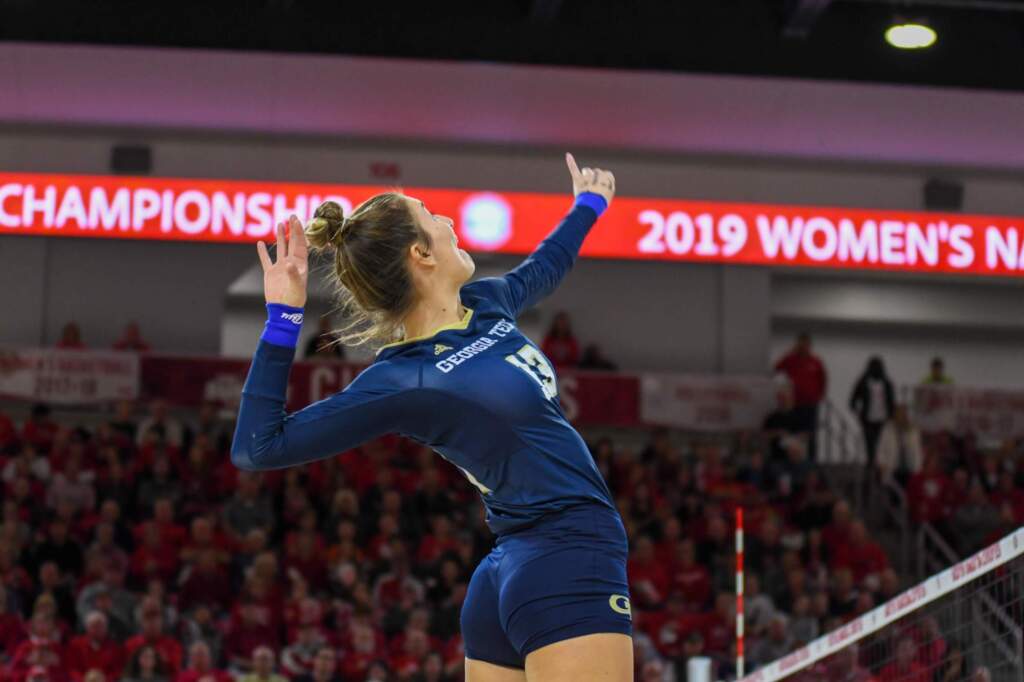 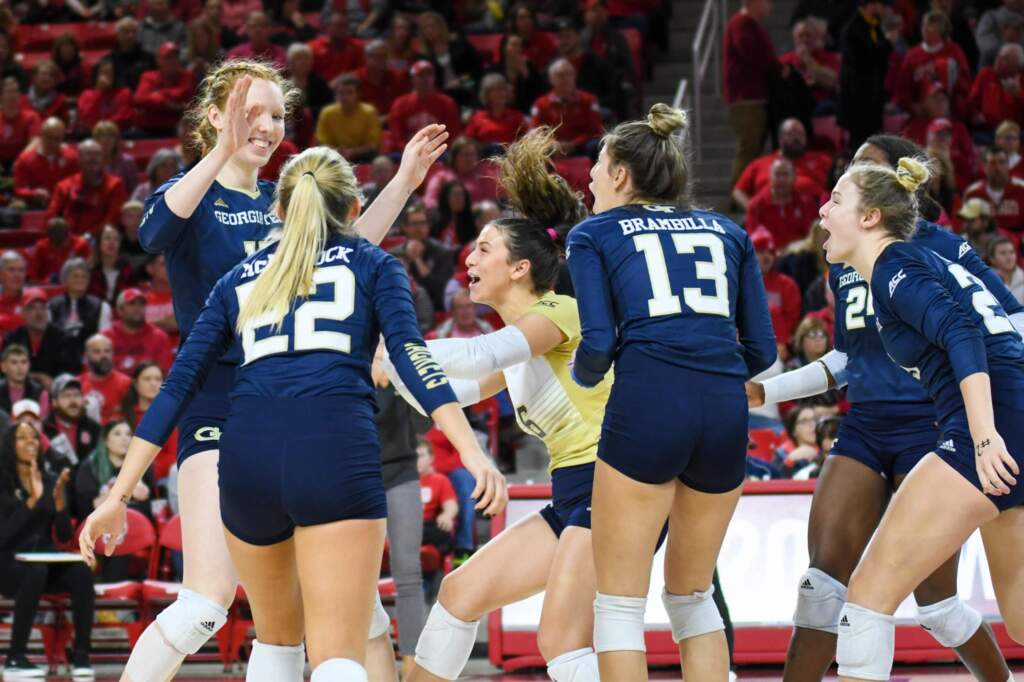 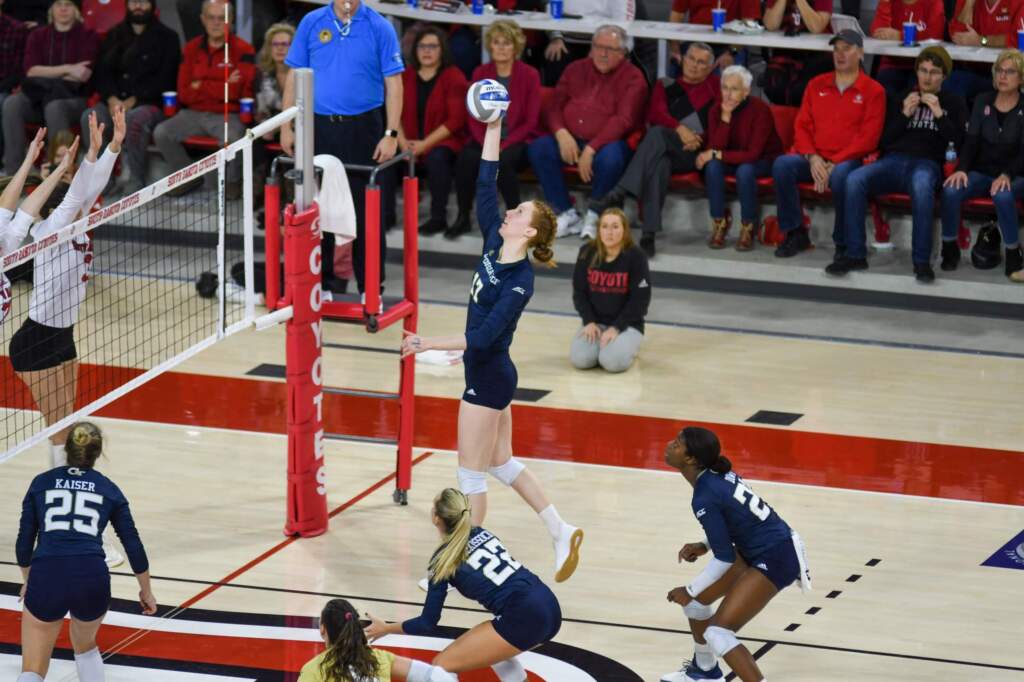 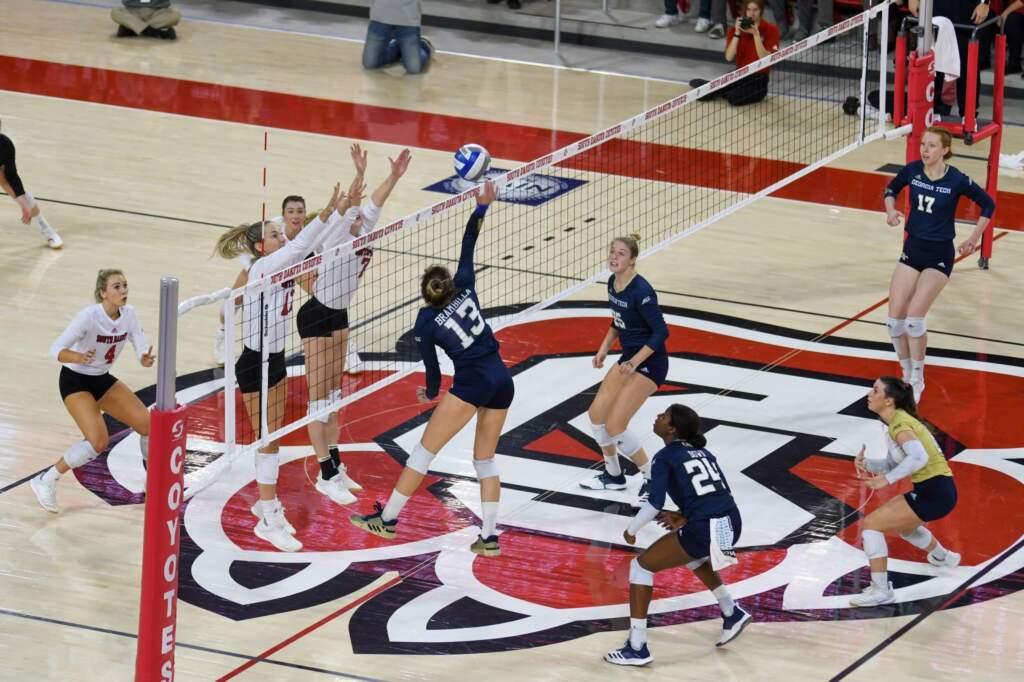 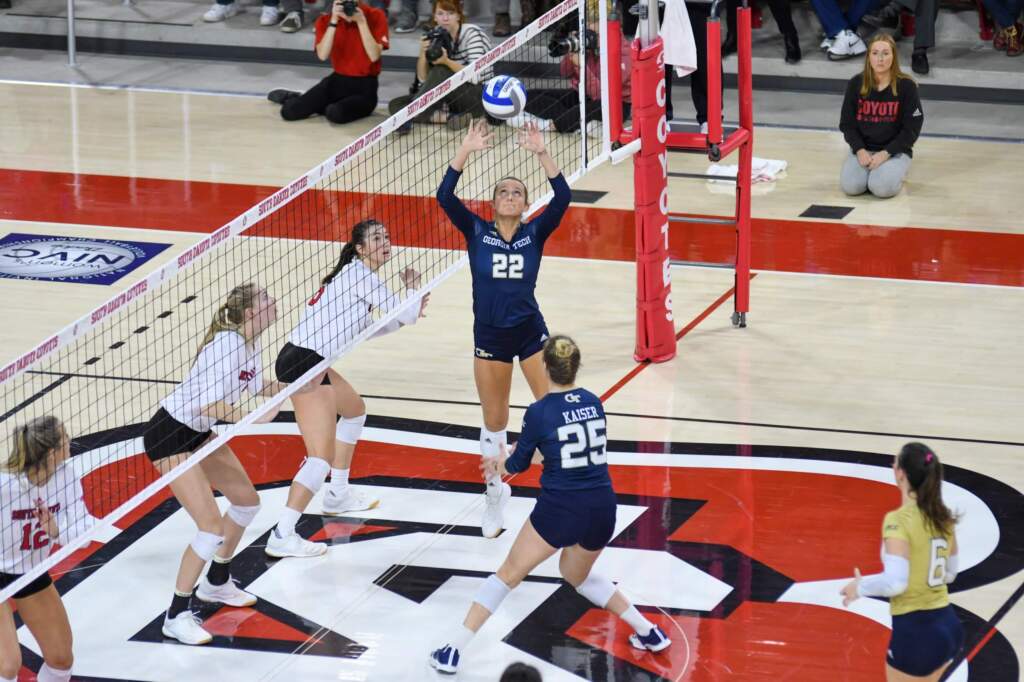 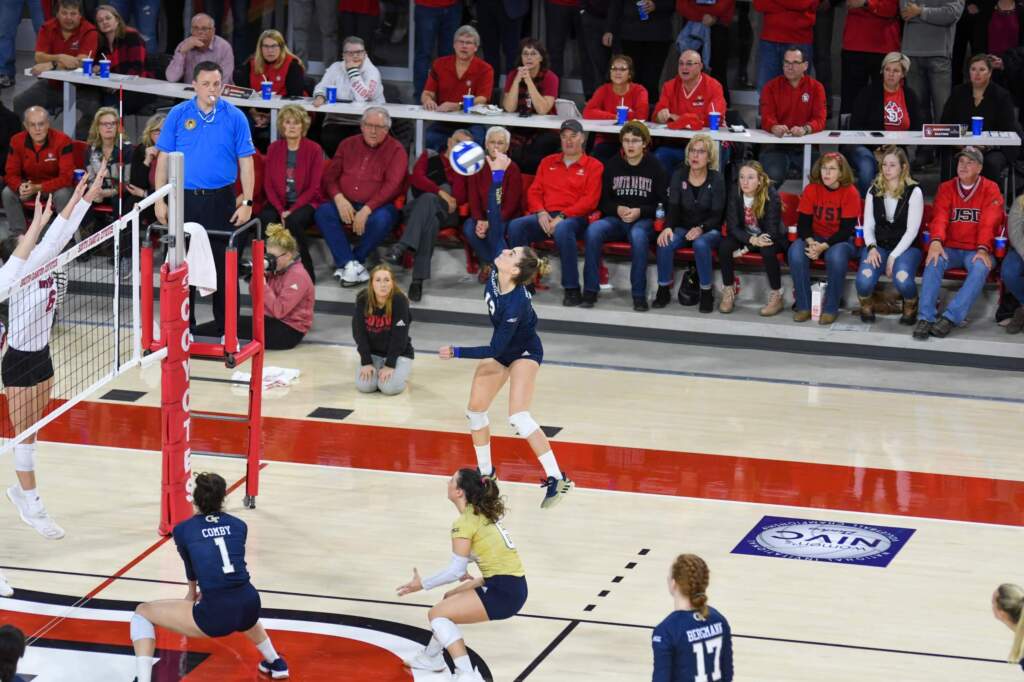 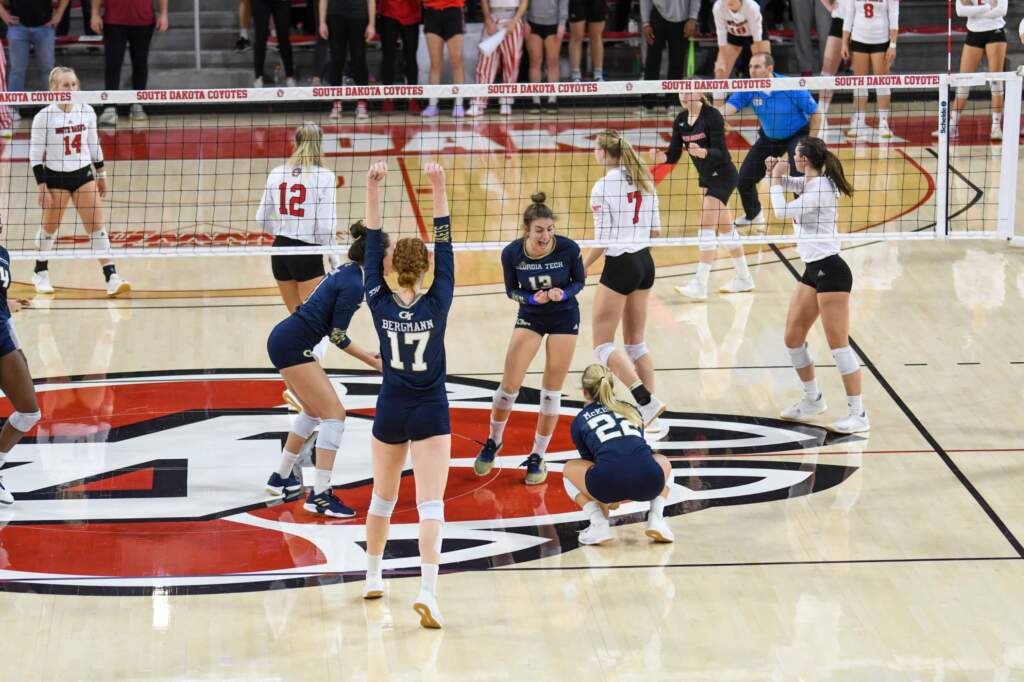 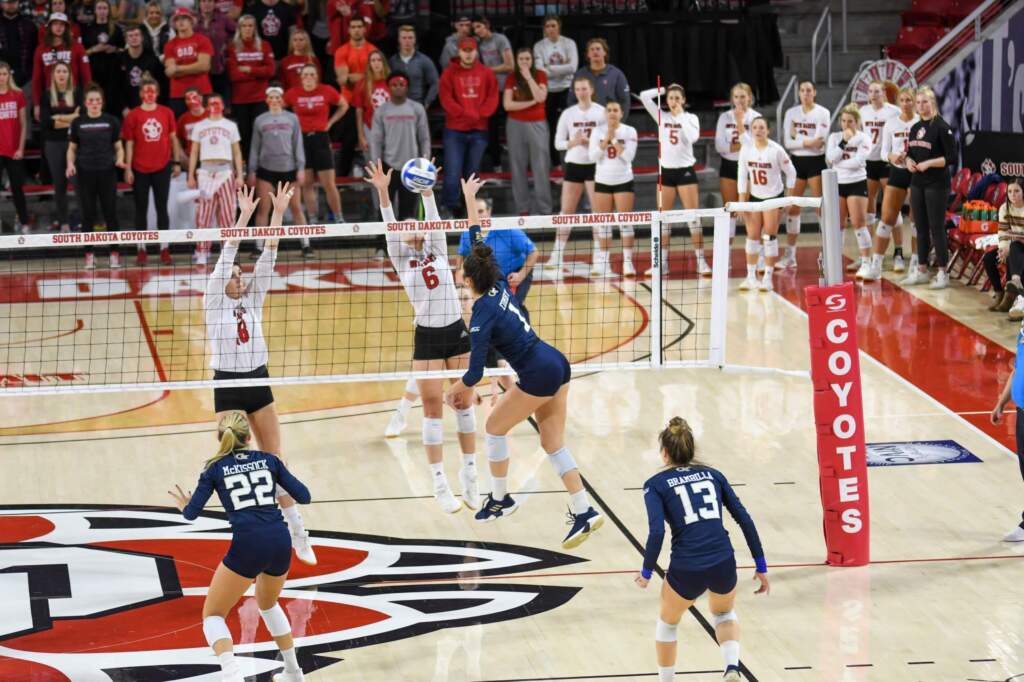 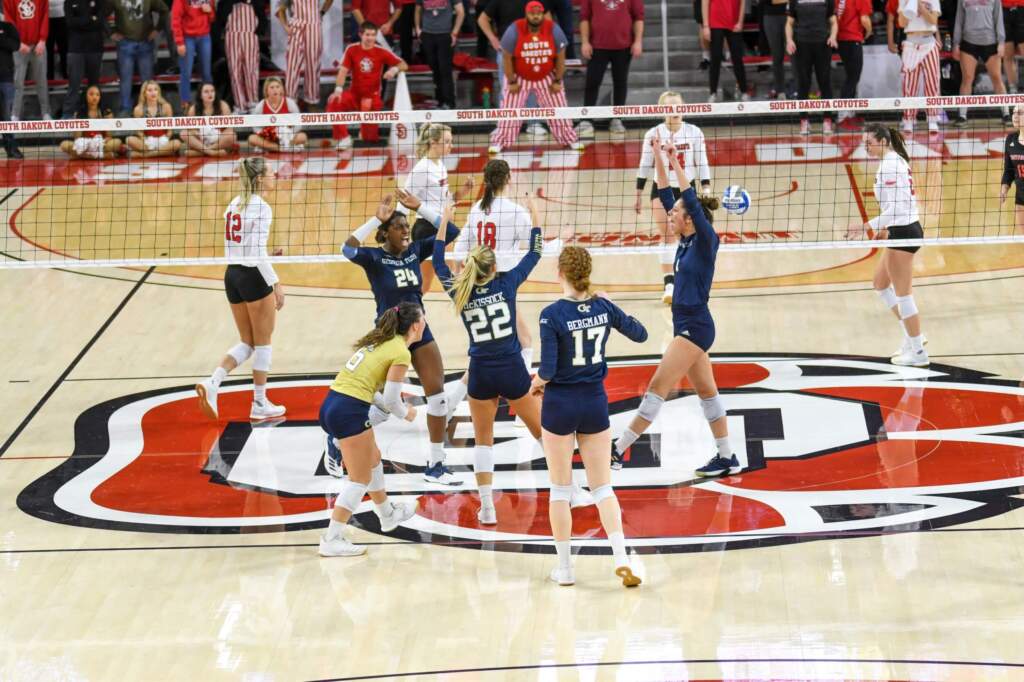 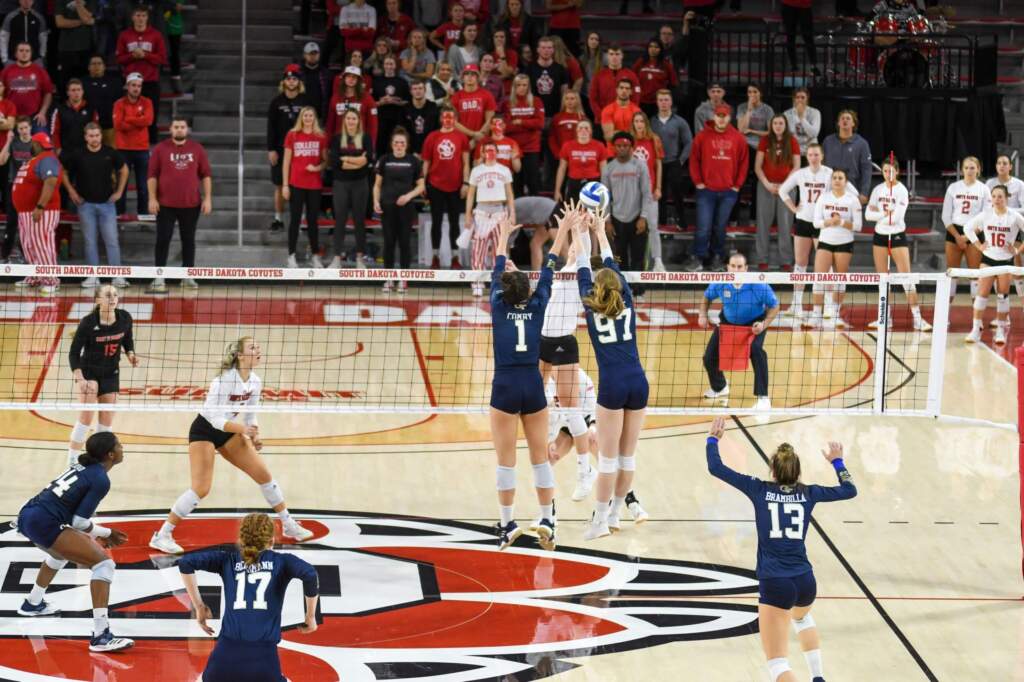 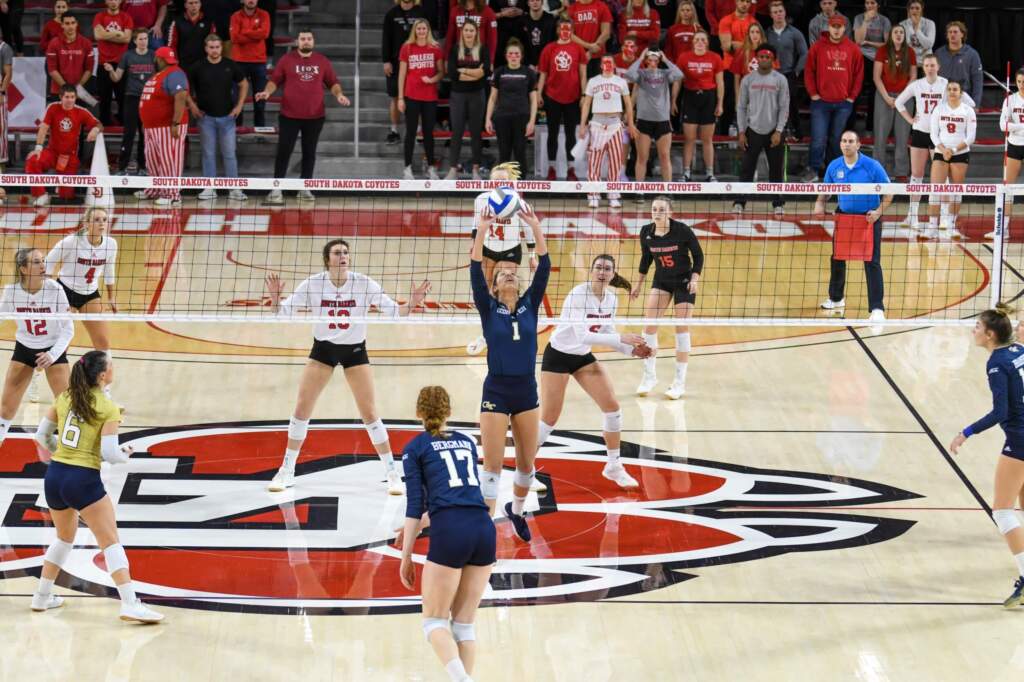 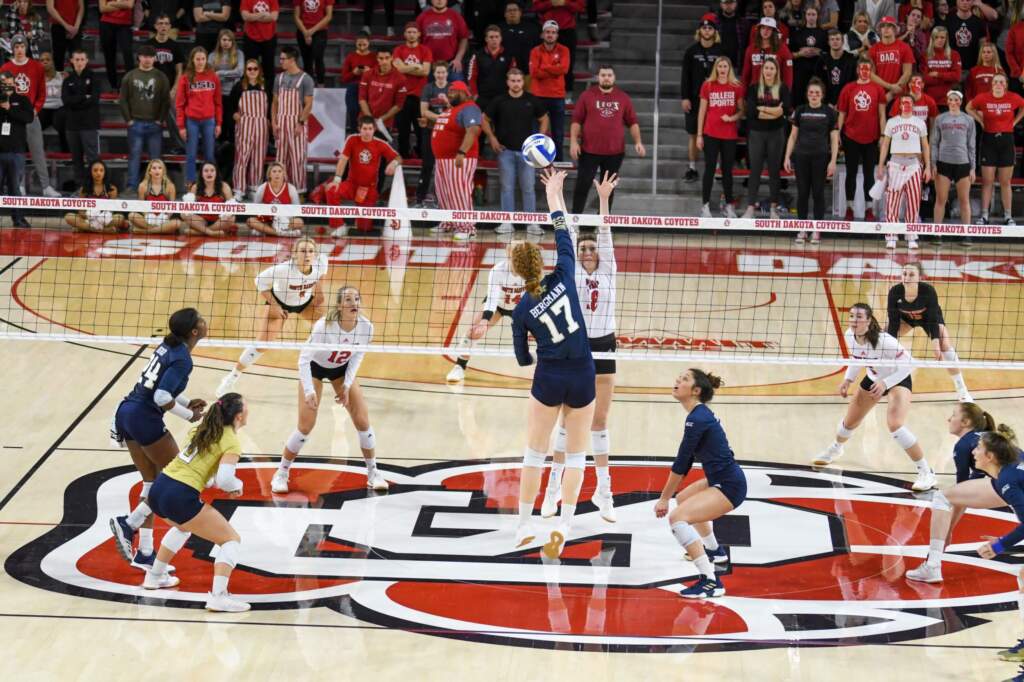 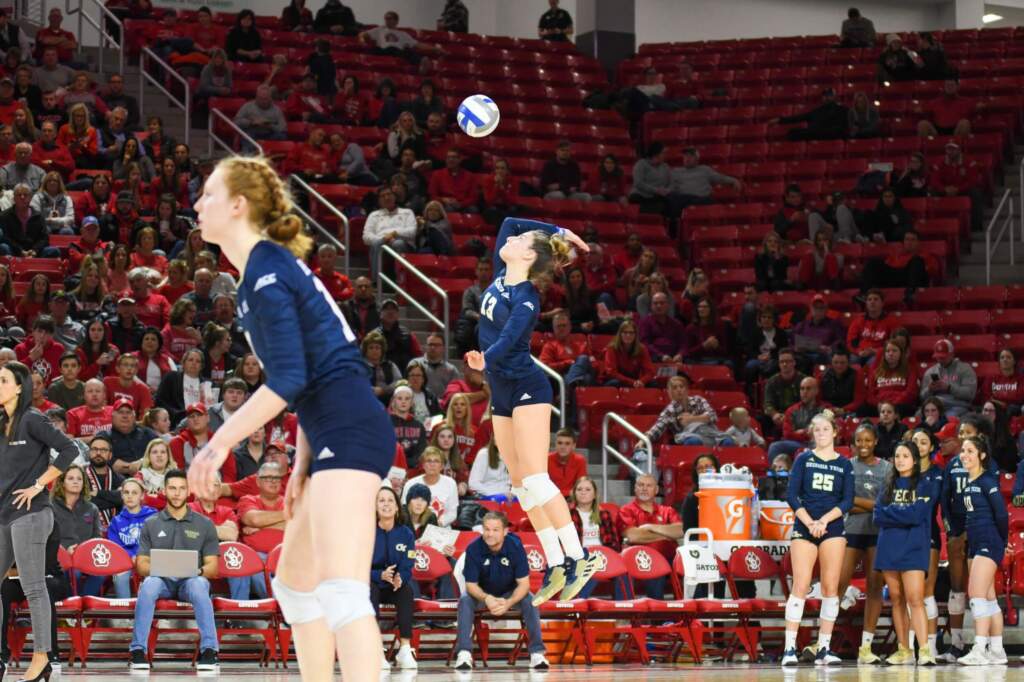 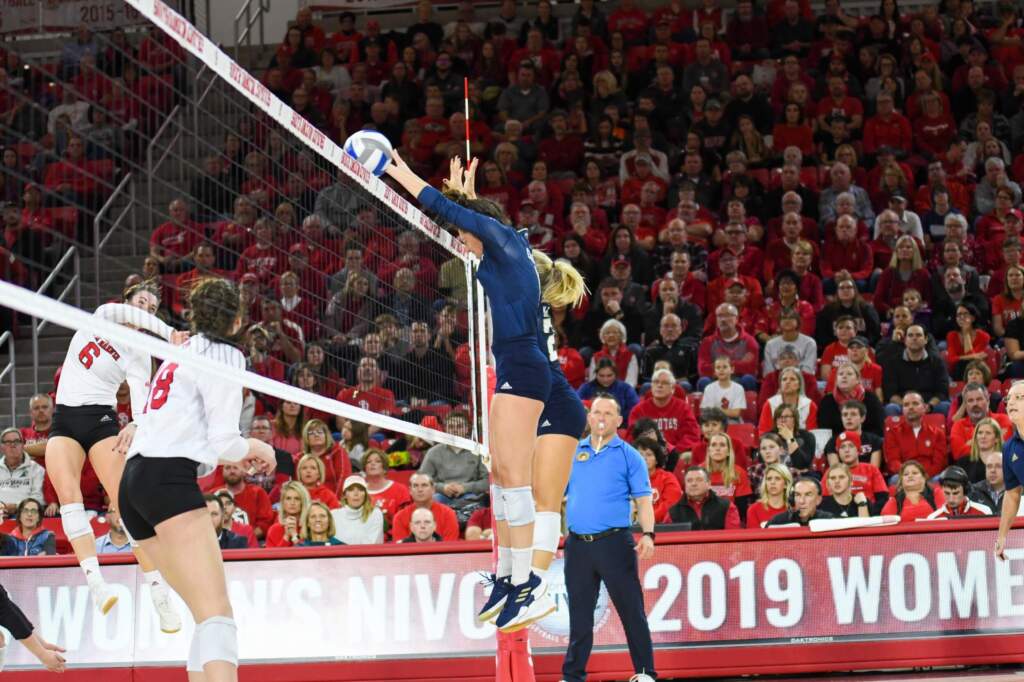 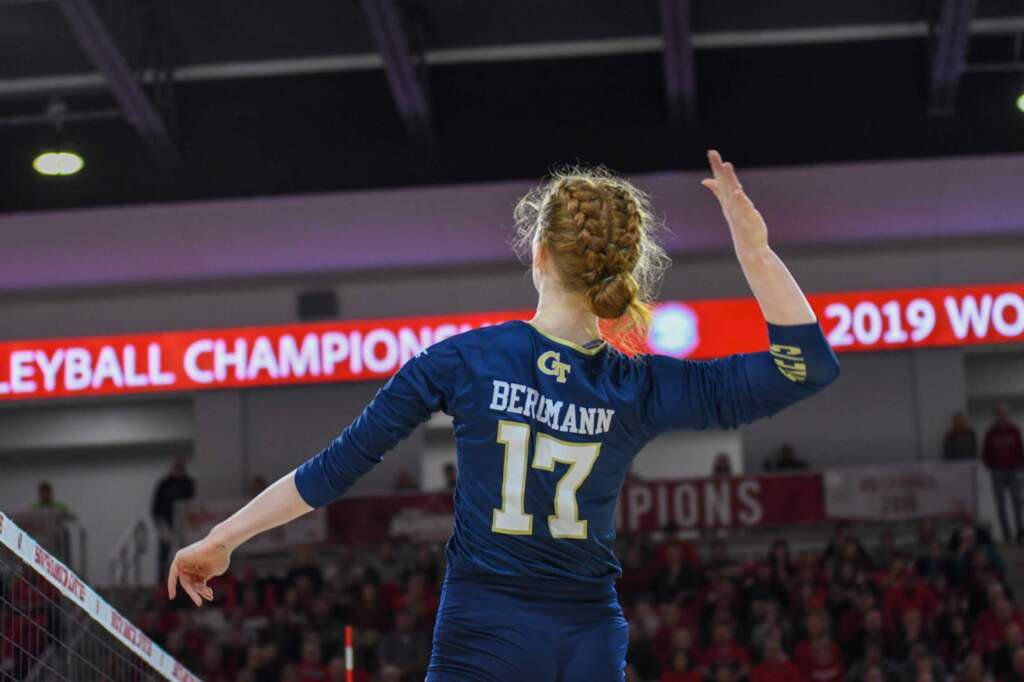 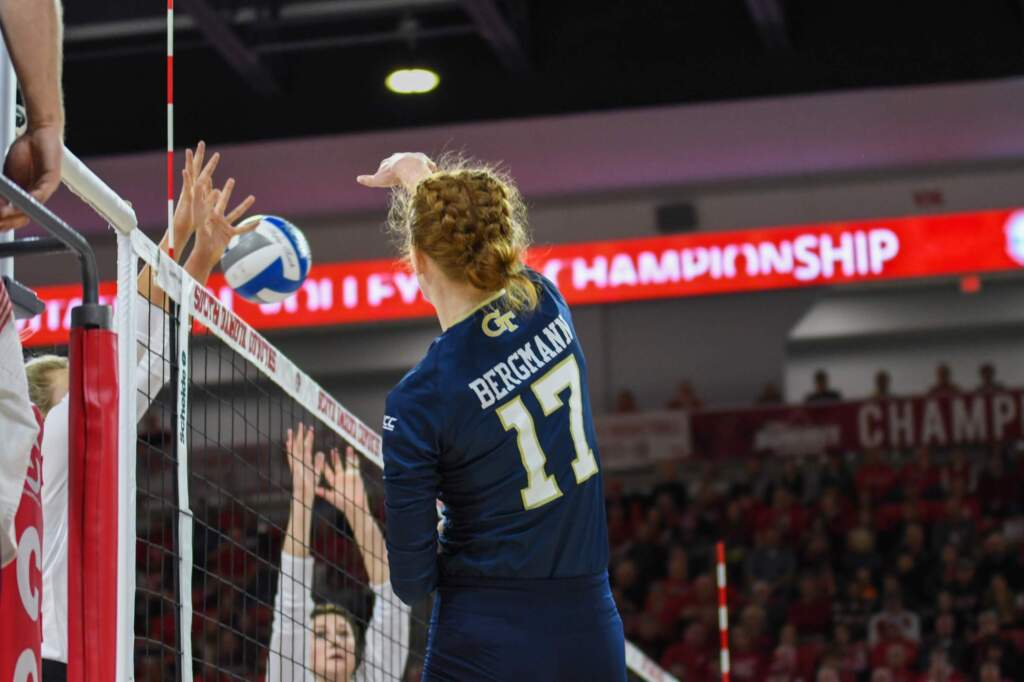 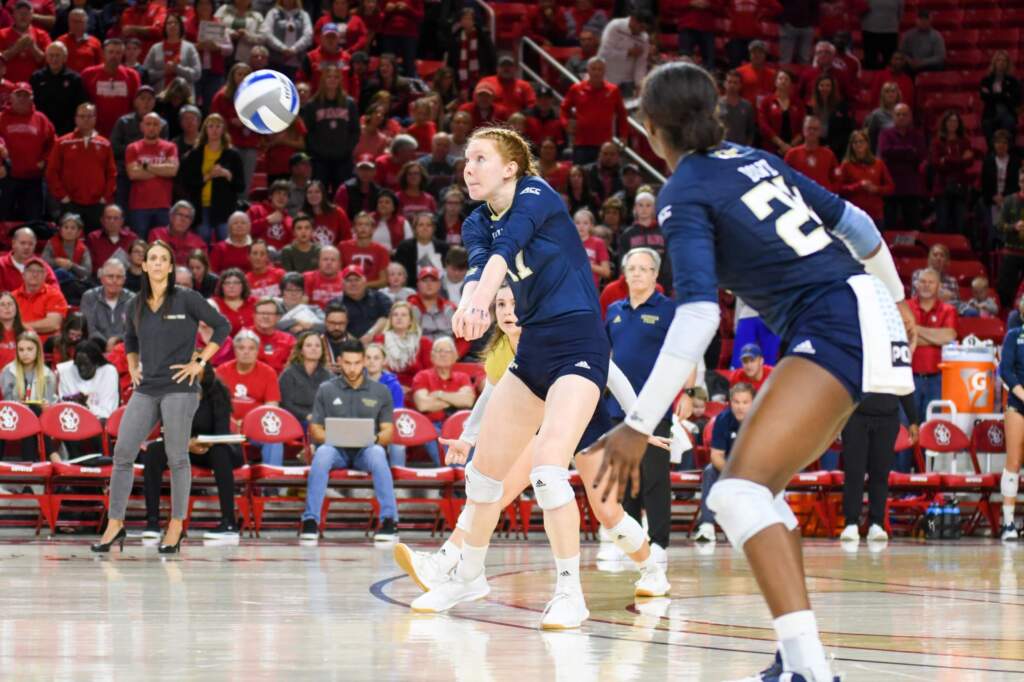 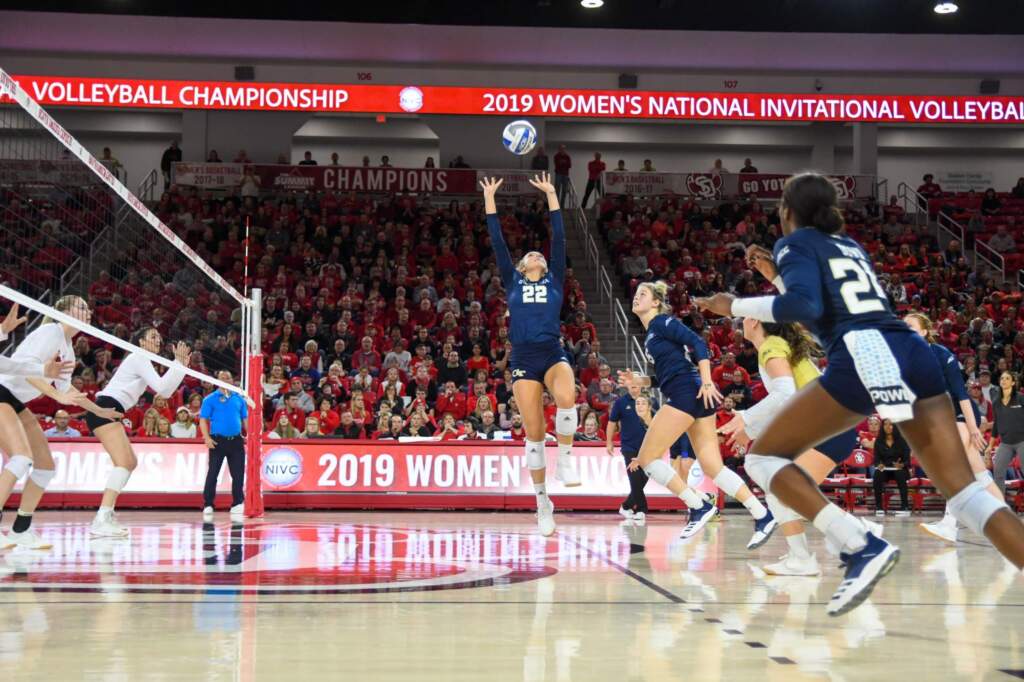 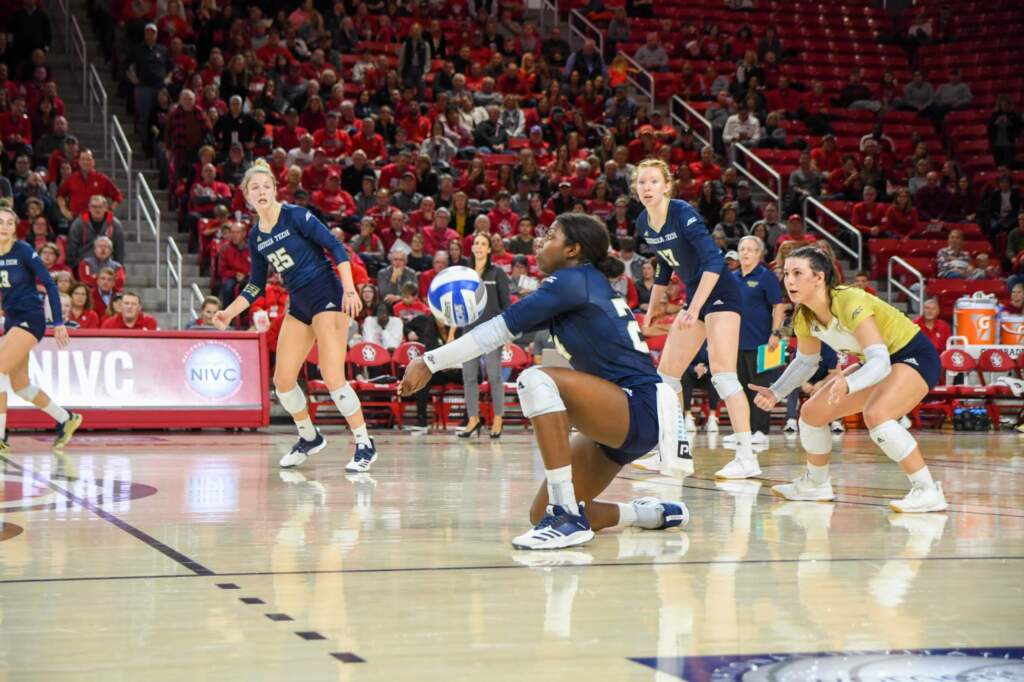 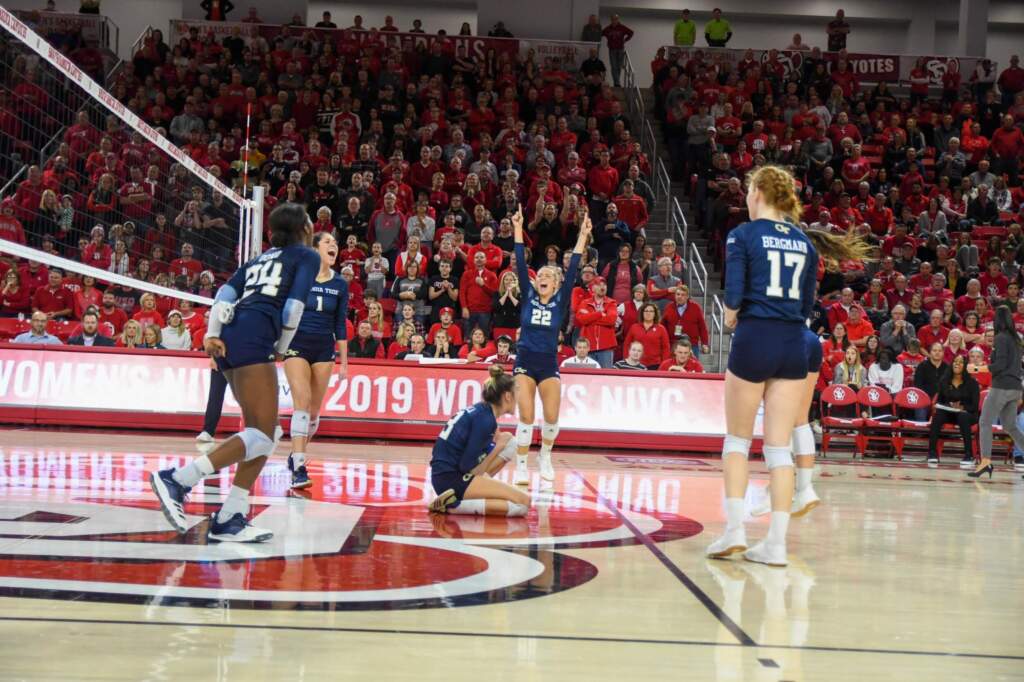 How it happened:
Tech jumped out to a 6-1 lead on an attack error and South Dakota used its first timeout early. The Coyotes fought back to knot the set at 6-6 and it was a back-and-forth battle until South Dakota took a three-point edge at 17-14 and Tech called for a timeout. The Jackets kept fighting, taking back the lead at 21-20 in a kill from Brambilla and South Dakota used its second timeout. This time the Jackets held onto their lead, taking the set at 25-23 on a kill from Brambilla for the 1-0 lead.

The second set was another close start but the Coyotes snuck ahead by two at 13-11 and Tech signaled for a timeout. Brambilla came out of the timeout with back-to-back kills to knot the score at 13-13 and Tech used a 3-0 run to snag the lead at 16-14 on an attack error and South Dakota called a timeout. The Jackets grew their lead to four on a kill from sophomore Mikaila Dowd and the Coyotes used their second timeout. South Dakota brought the score within one at 23-22 and Tech called its second timeout. Brambilla once again turned it on for the Jackets, giving them match point at 24-22 before sealing the set at 25-23 for the 2-0 lead.

Tech carried the momentum into the third, cruising to a 9-4 lead on a kill from Brambilla and South Dakota called for a timeout. The Jackets kept rolling, moving the lead to 16-9 on an attack error and the Coyotes burned their second timeout. At that point the set already belonged to the Yellow Jackets. A block from sophomore Kayla Kaiser and Bergmann gave the Jackets set point at 24-15. The Coyotes tacked on two more points and Tech called timeout to regroup. That seemed to do the trick and Kaiser put down the match-winning kill to seal the set and the championship title for Tech at 25-17.