Madrid, Spain – Evan Cole scored 19 points to lead seven Yellow Jackets in double-figure scoring Tuesday, carrying Georgia Tech past the Spain All-Stars, 102-86, in Madrid in the Jackets’ third game on their eight-day tour of Spain. Tech improved to 3-0 on its trip, with the final game set for Thursday at noon (local time).

It was the Yellow Jackets’ highest-scoring game yet against a Spanish collection reputed to be stronger than the contingent they faced in Barcelona. Tech connected on 12 of 31 three-point field goal attempts (39 percent) and shot 46.8 percent overall in the game as they continued to work on playing at a faster pace.

Cole, a junior forward who has worked a lot this summer on playing the “5” position as a backup to returning starter James Banks III, scored at least one basket in each quarter, connecting on 6 of 13 shots from the floor, including a three-pointer, and 4-of-4 from the foul line, in the game. He jammed on a fast break for the basket that put Tech at 100 points. 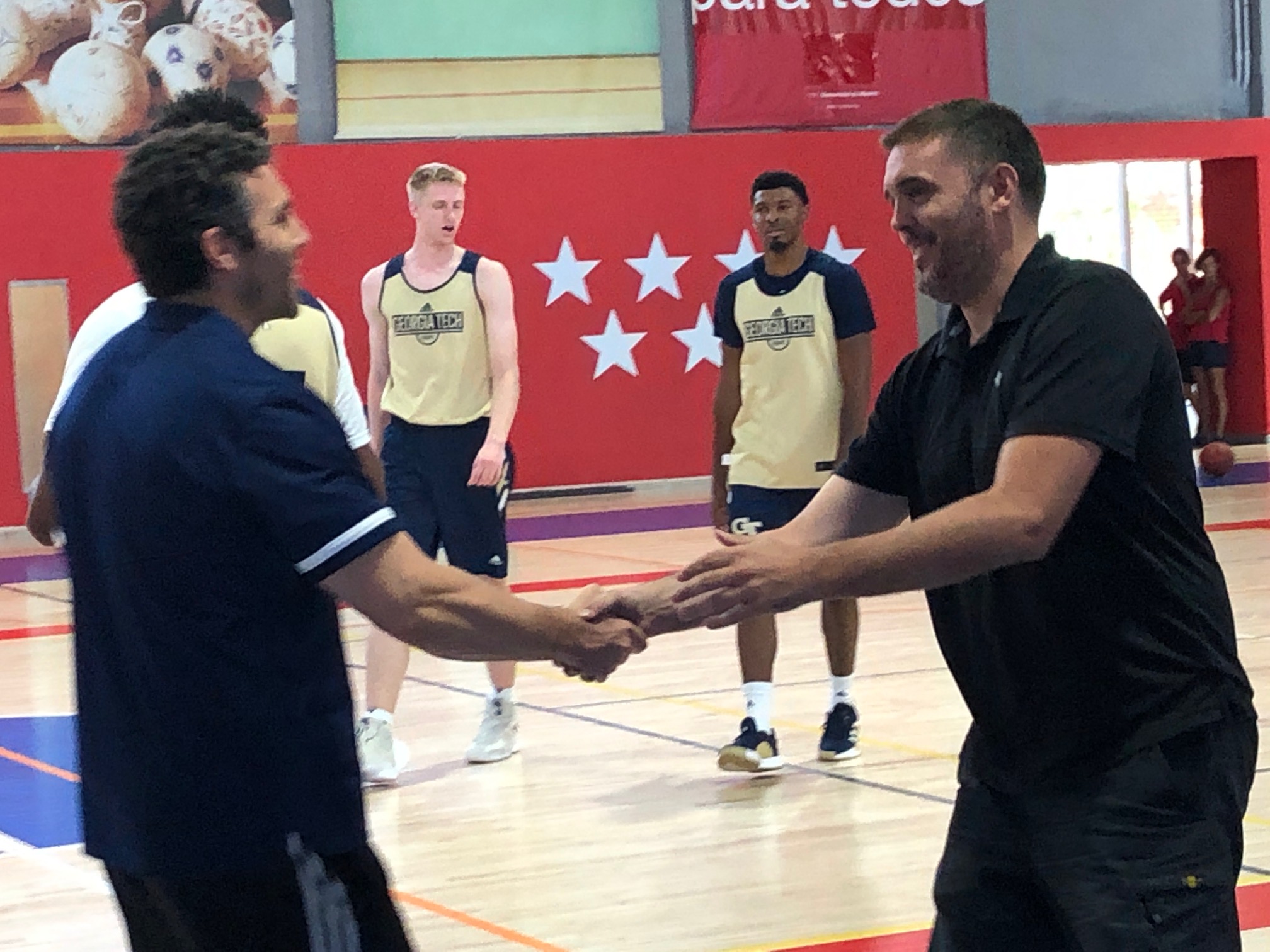 Shembari Phillips logged his second double-figure game of the trip, scoring 15 points, 14 of them in the opening period as the Jackets raced to a 34-22 lead. Freshman Asanti Price hit a trio of three-point shots and scored 13, while Banks and Jordan Usher each scored 12. Jose Alvarado and Kristian Sjolund chipped in with 10 apiece.

In three games thus far, Tech has shot 33.3 percent from three-point range, which includes a 39-percent clip in game 1 and 39 percent again Tuesday. Inside the arc, the Jackets are hitting at a 56.2-percent rate.

Note on international rules: Spain was awarded the first points of the game when Michael Devoe retrieved Banks’ tip in the corner and threw to a streaking Usher for a jam. The only problem was he scored at Spain’s basket. In international rules, teams shoot at the basket in front of their bench in the first half, the opposite of NCAA rules. Selah… 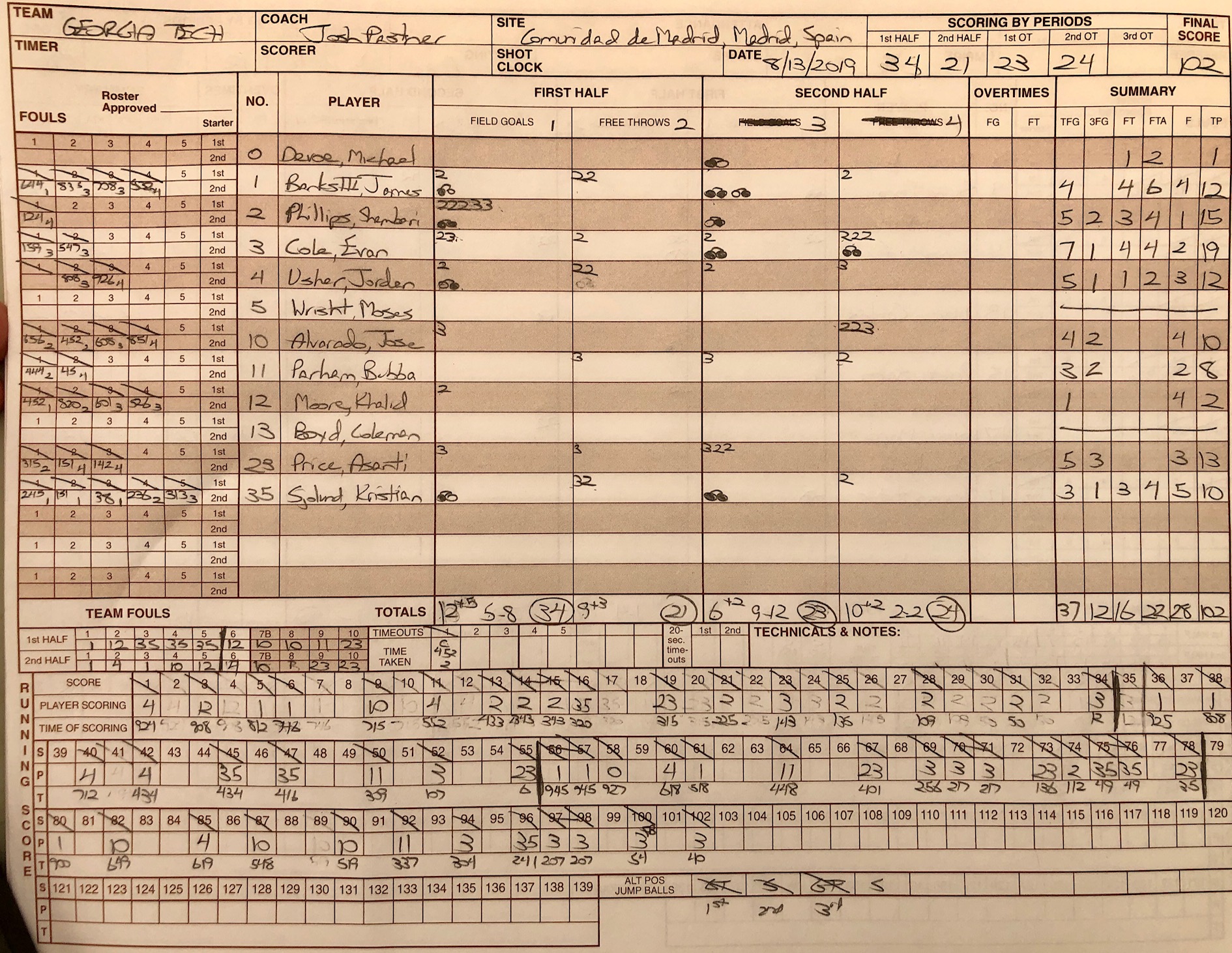