THE FLATS – Now into the last two weeks of the Atlantic Coast Conference regular season, Georgia Tech opens a three-game homestand Tuesday night, hosting Clemson for a 9 p.m. tip at McCamish Pavilion. It is the first of two games between the two rivals.

Georgia Tech update (13-14, 7-9 ACC) – With four games left in the regular season, Tech sits alone in ninth place in the ACC standings, one game behind a four-team tie for fifth. The Yellow Jackets are 4-3 over their last seven conference games, a stretch that includes three straight home victories over NC State (64-58), Virginia Tech (76-57) and Louisville (64-58) and a road win at Wake Forest (86-79). In this three-game homestand, Tech faces the Tigers, Miami and Pittsburgh.

Clemson update (14-12, 8-8 ACC) – Clemson is in the four-way tie for fifth place, having won their last three games, including road wins at Pittsburgh and Boston College sandwiched around a home win against Louisville. The Tigers, 3-5 in ACC road games this season, have averaged 77 points in those three wins while maintaining their place as the conference’s No. 2 defensive team. 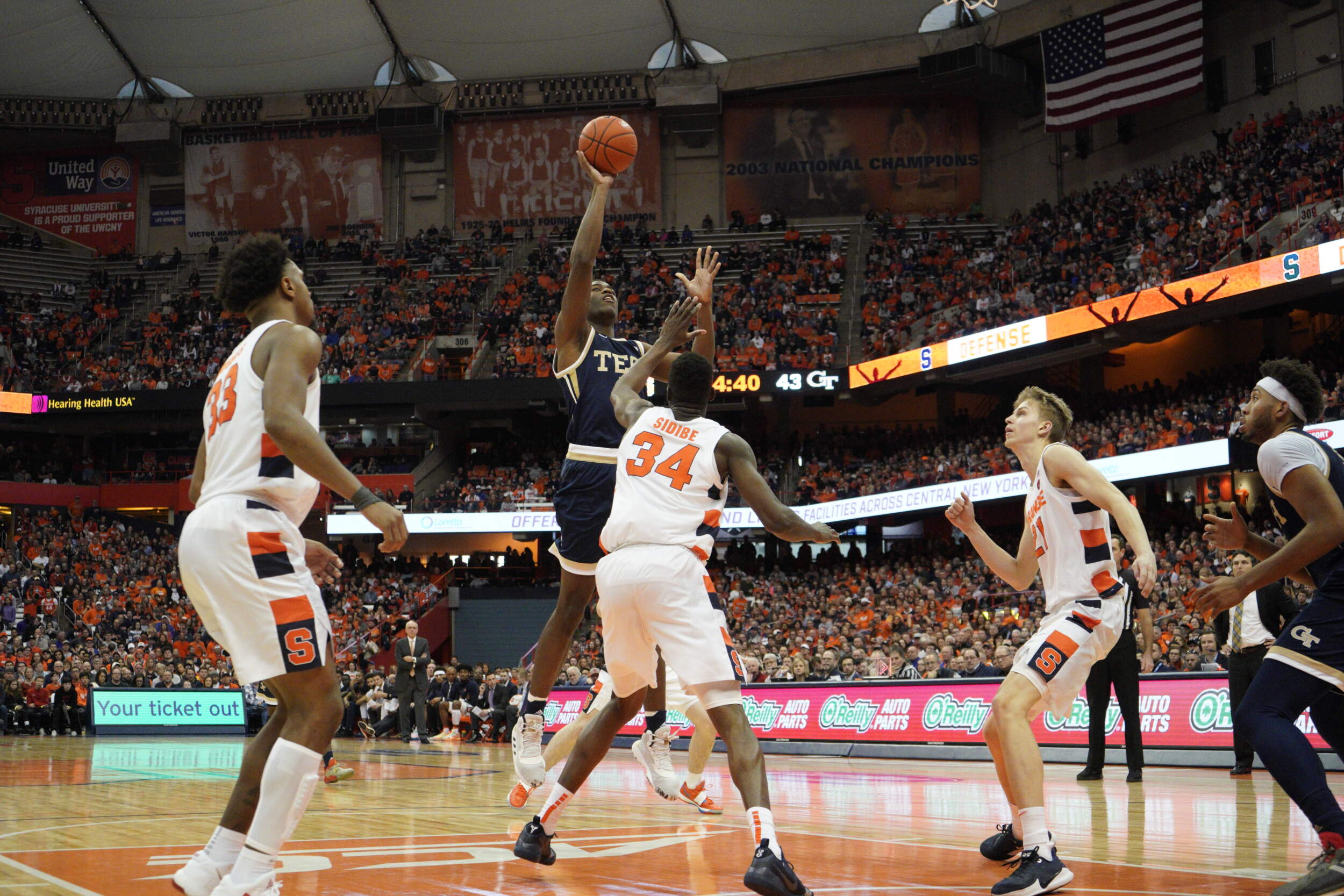 Moses Wright’s 33 points at Syracuse were the third-most ever scored by a Tech player in an ACC road game. (photo by Chuck Wainwright) 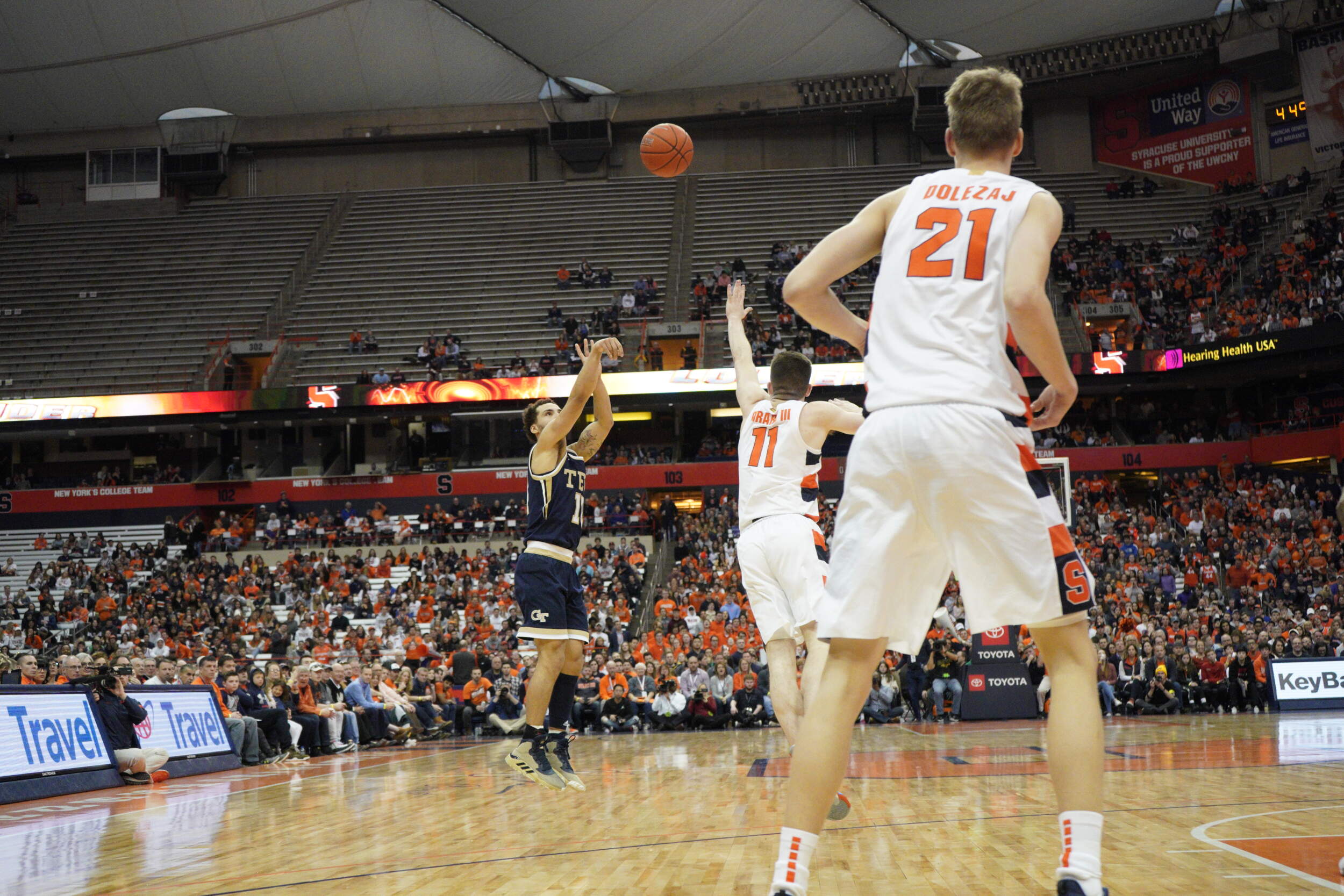