Jackets Battle Back but Drop Opener to Canes 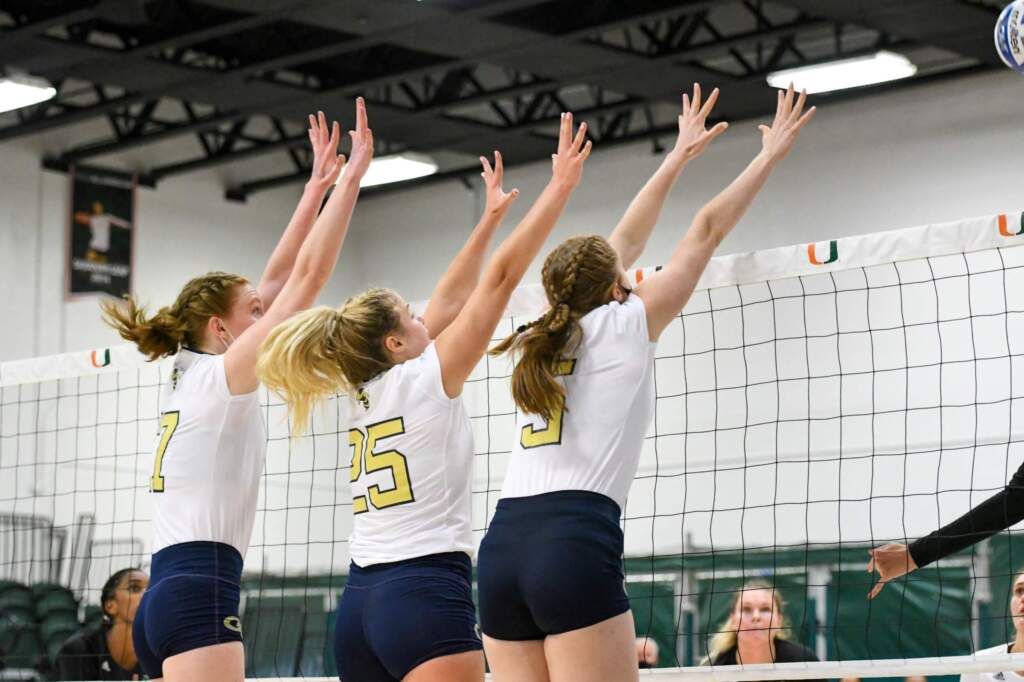 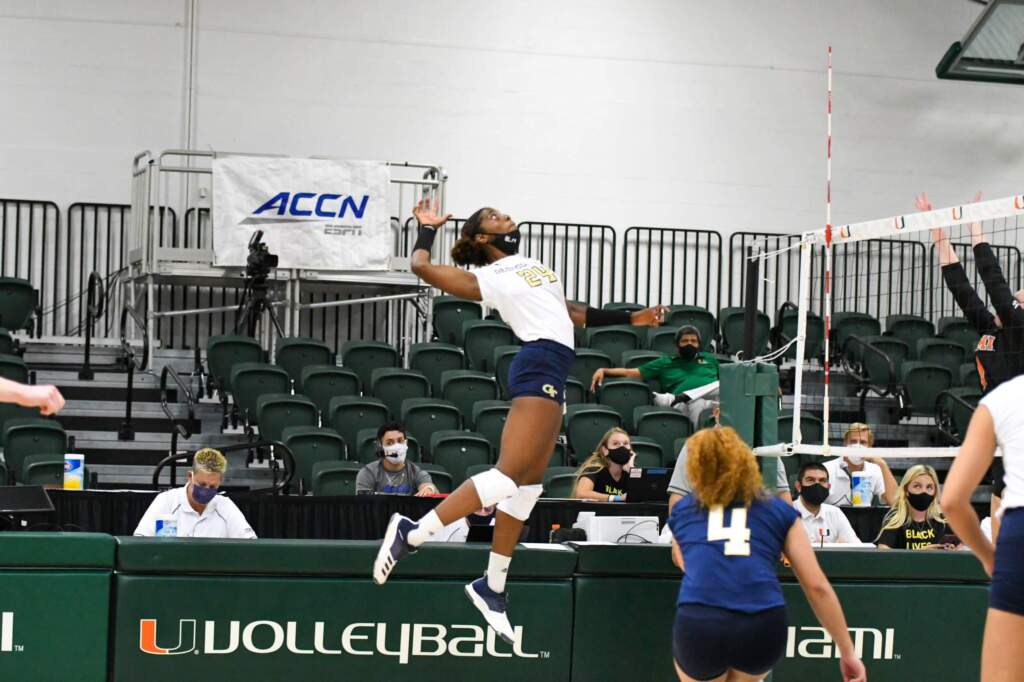 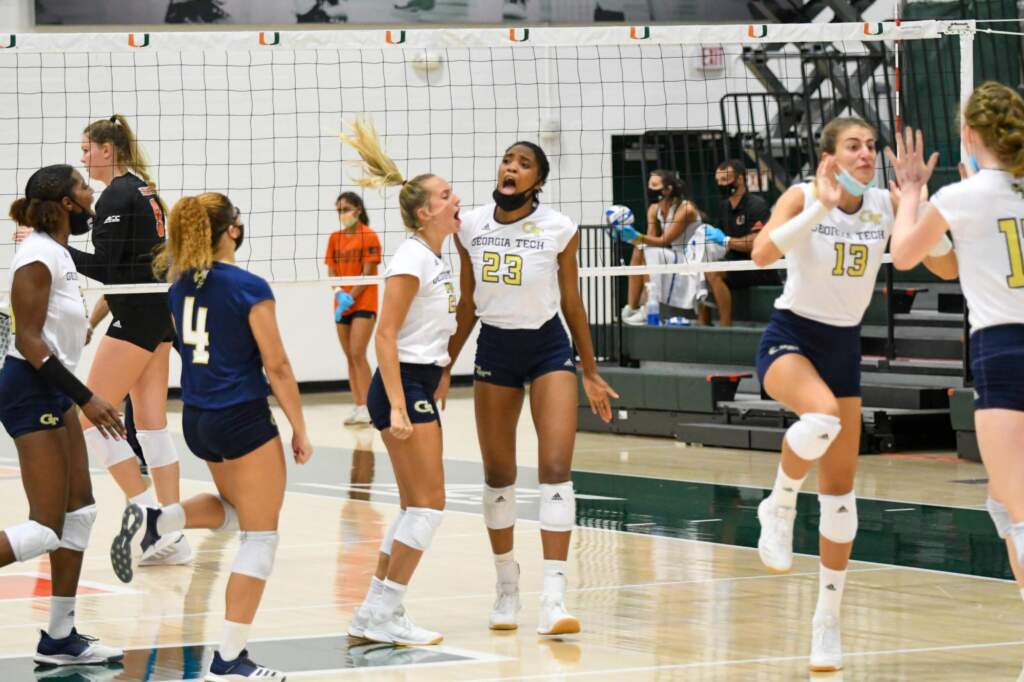 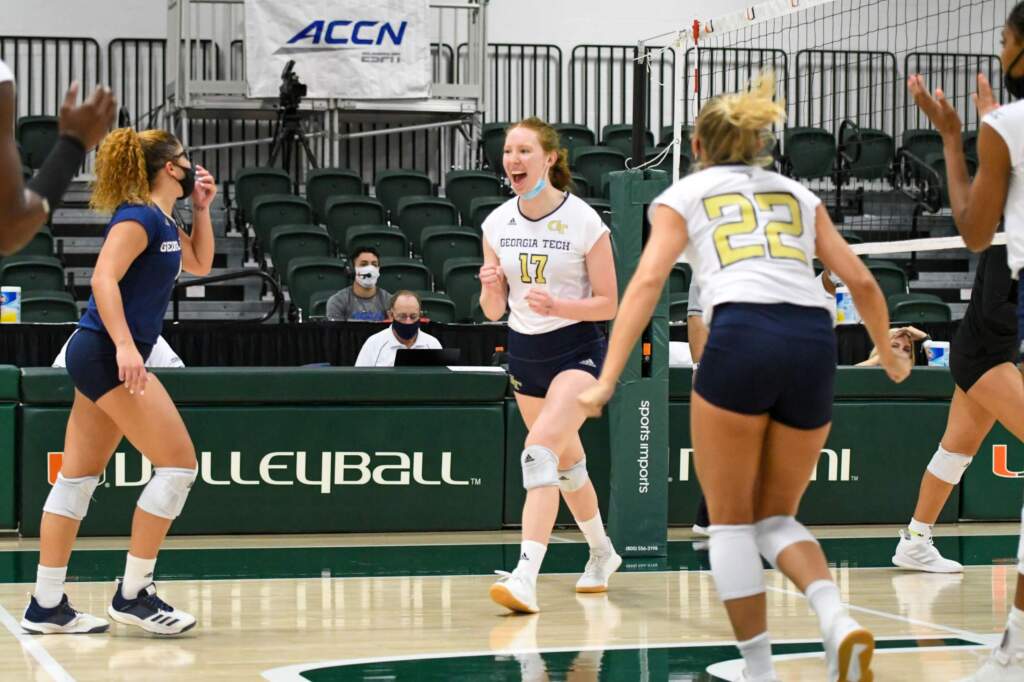 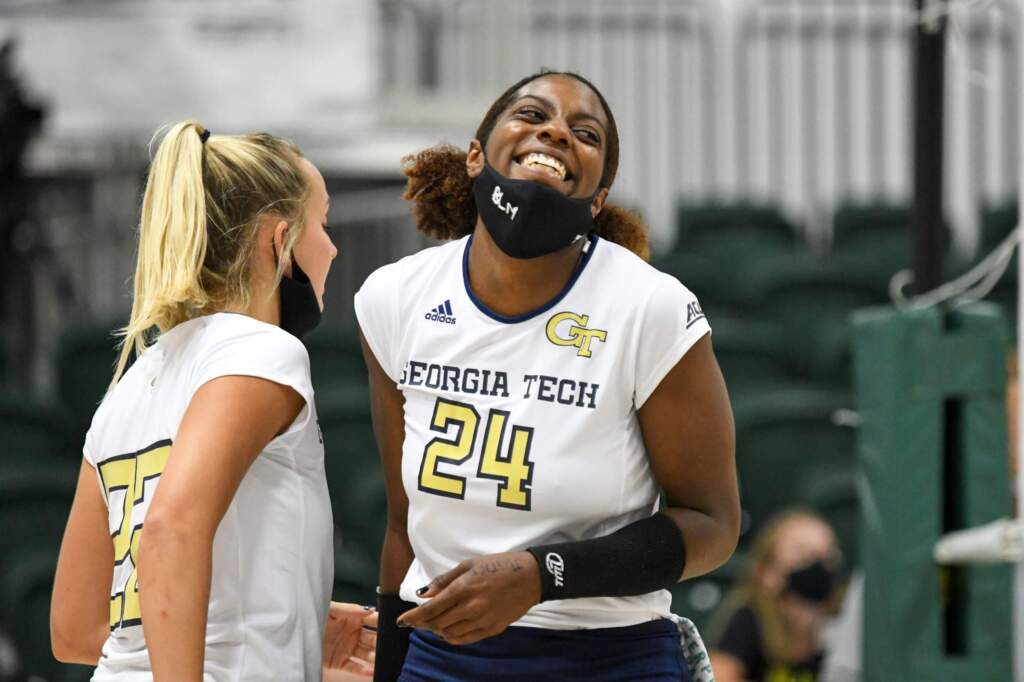 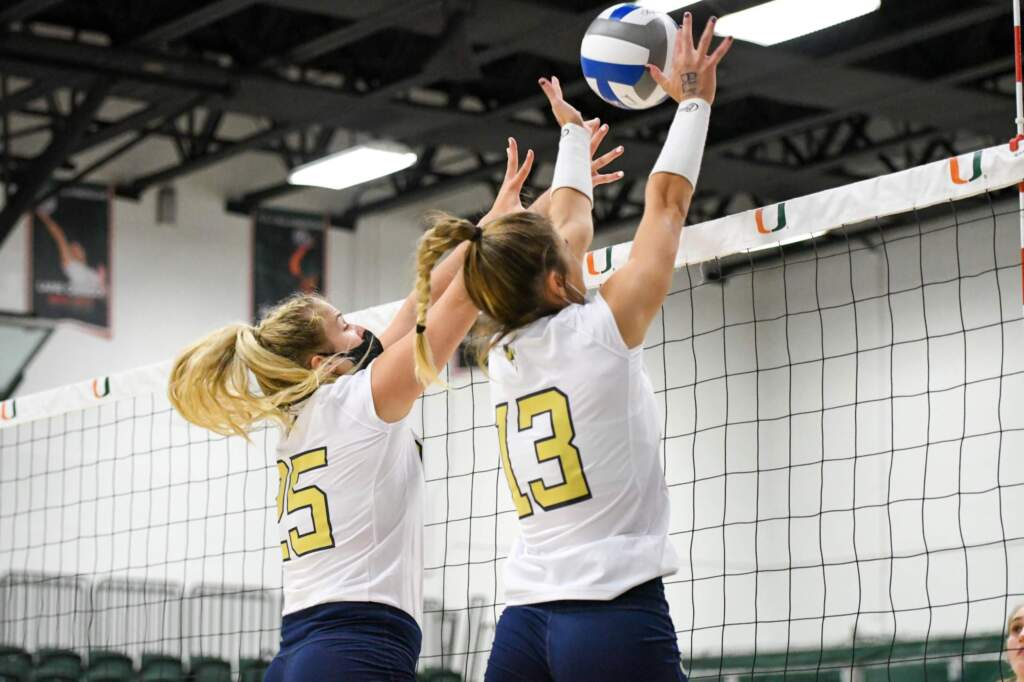 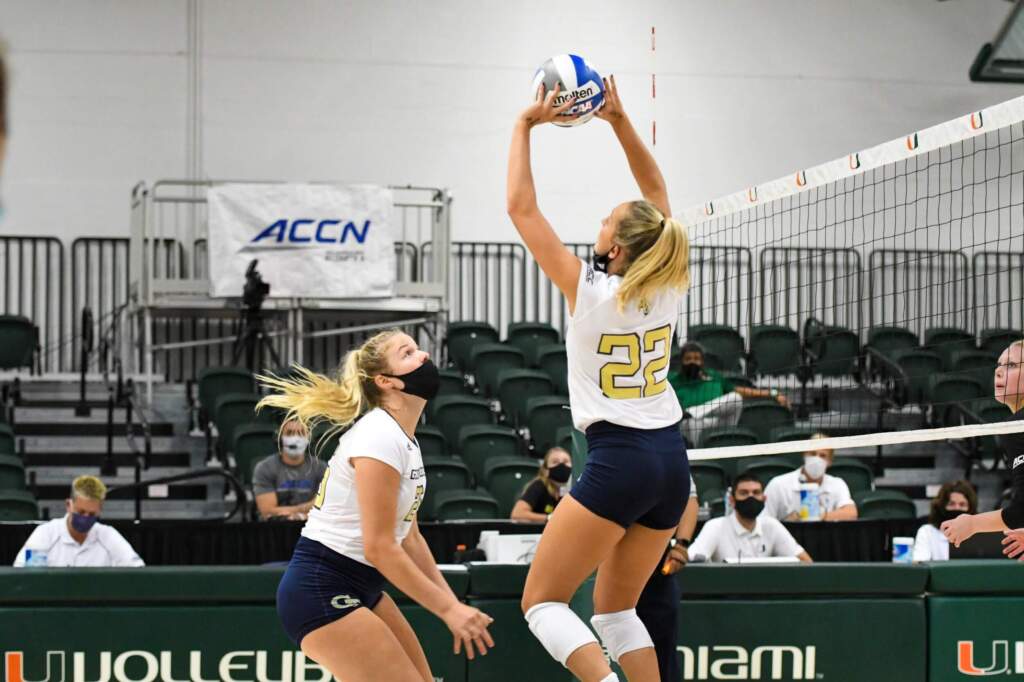 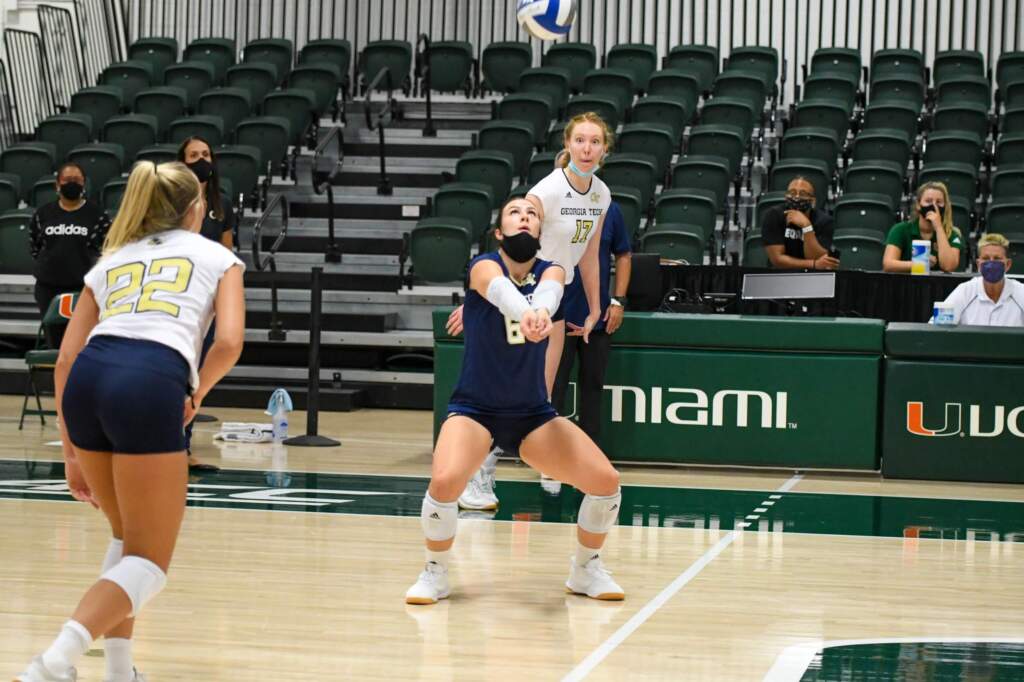 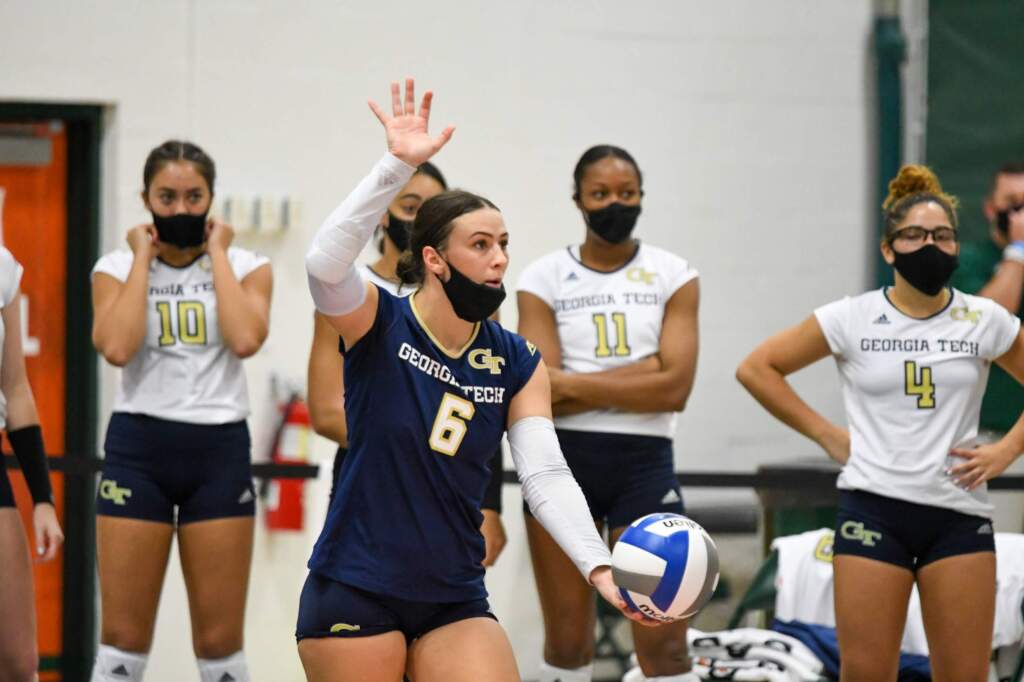 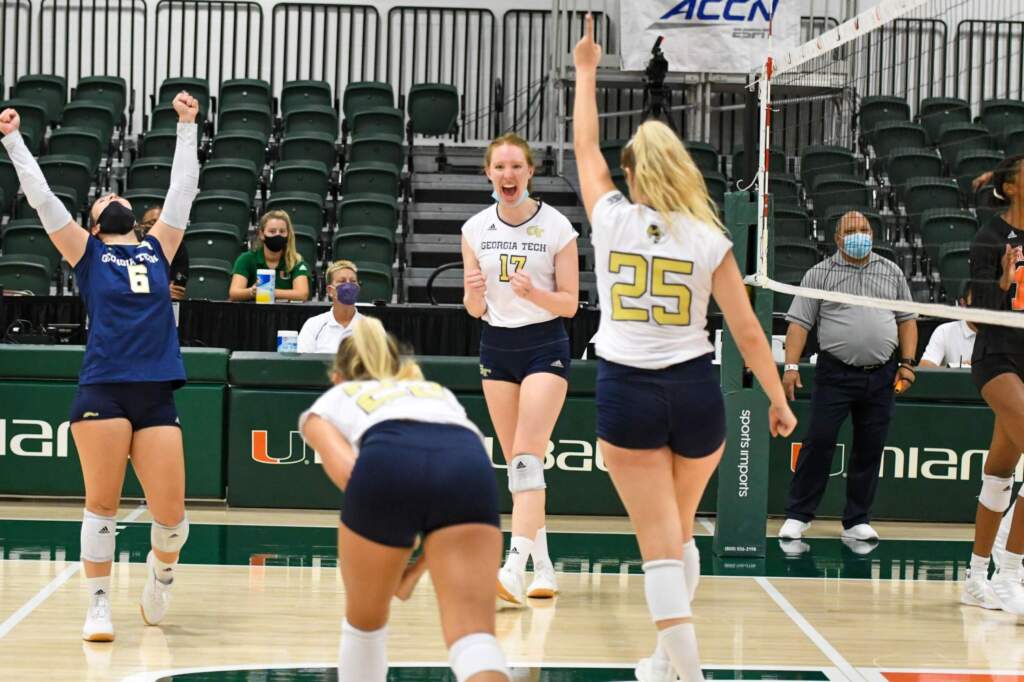 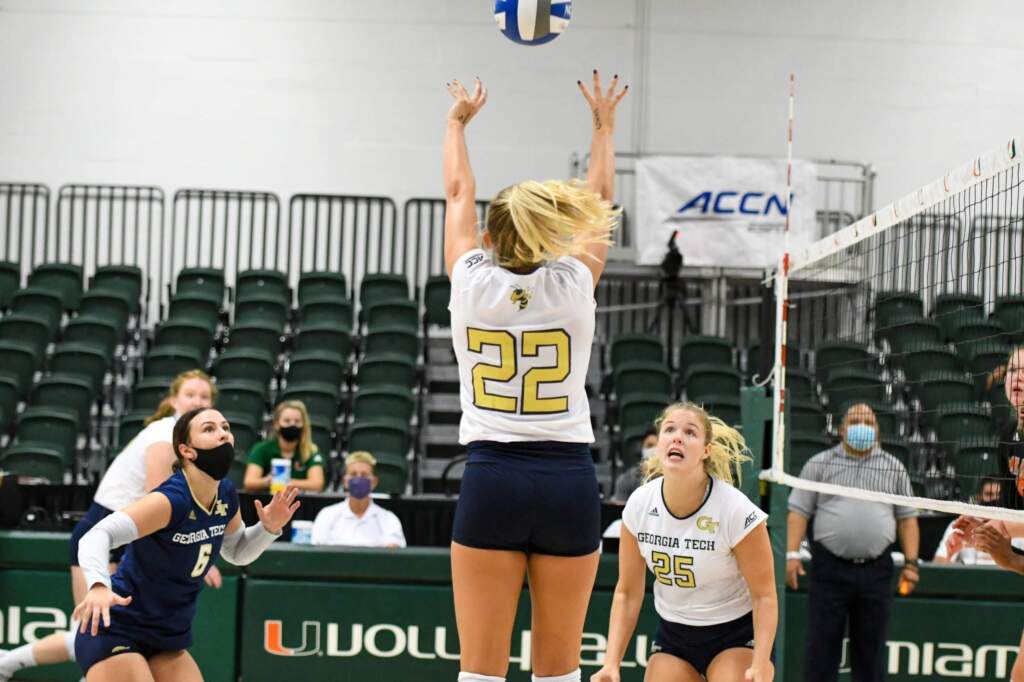 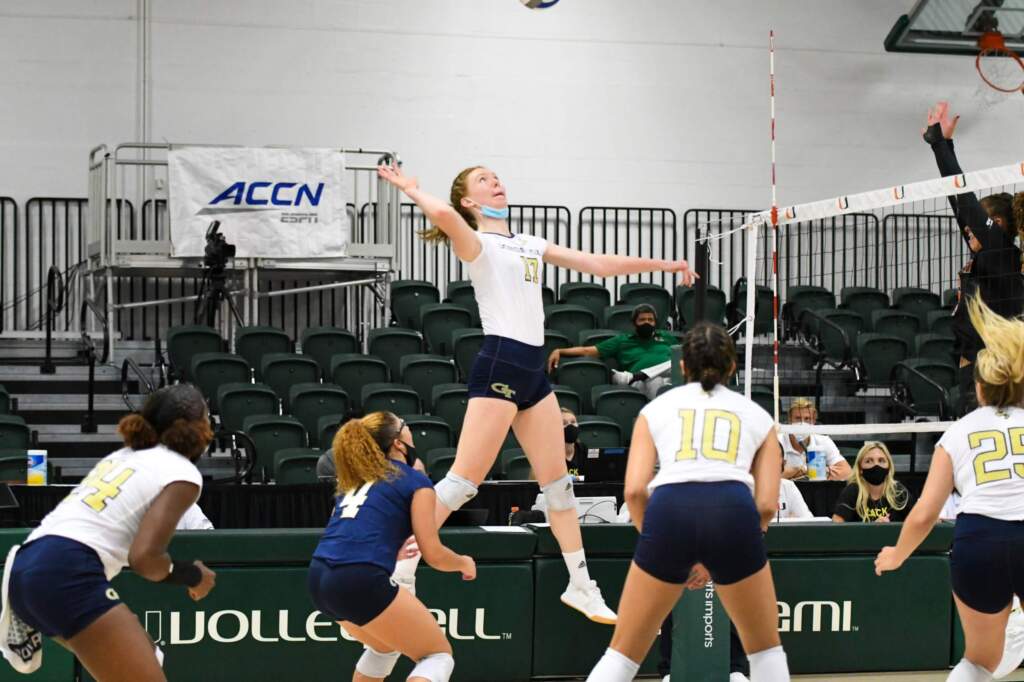 Miami got off to a fast start, jumping out to an 8-3 lead early. The Hurricanes continued to keep the Jackets off balance, leading 13-6 heading into the first time out. But the Yellow Jackets battled back behind two straight kills from Mikaila Dowd, cutting the Miami lead to three, forcing a timeout after a 6-1 run. It was a back-and-forth the rest of the way through, but Miami managed to hold onto the lead, winning the first set 25-17.

The Hurricanes kept that momentum going into the second set, leading 4-1 early on and led 8-3 at the first timeout. The Canes hung onto that five-point lead through the midway point of the second set until a double touch by Miami gave the ball back to the Jackets down 12-8. But Tech had no answer for the Canes’ attack behind Elizavet Lukianova, falling behind 20-12 late in the second set. The Jackets would eat into that deficit with a couple of Mariana Brambilla kills that made it 23-18. But Miami pulled away to take the second set 25-20.

The Yellow Jackets got off to a better start in the third set, taking a 5-4 lead on an Erin Moss kill. Julia Bergmann and Dowd helped Tech maintain that slim lead as the teams progressed through the set. Brambilla’s 10th kill of the night gave the Jackets an 11-8 lead, but the Hurricanes would come back to tie things up at eleven. Tech would take its biggest lead of the match, 18-13, on a Bergmann kill.  Miami stayed in the game, cutting the tech lead to 21-19, but Dowd scored the last three points of the set to give Tech a 25-19 set win.

Tech rode that wave into the fourth set, jumping out to a 5-3 lead. The Canes took the next three points to take a brief lead before Moss tied things up again at six. The teams stayed tied until a couple of Miami attack errors helped Tech to an 11-8 lead. The Jackets were in control midway through the set, as Dowd’s 17th kill gave the Jackets an 18-12 lead.  Back-to-back kills from Kayla Kaiser and Brambilla helped Tech hold a 23-16 advantage, before finishing off the Canes in the fourth set, 25-18.

The fifth set was neck-and-neck with the Jackets taking an 8-7 lead at the break on a Bergmann kill. But Miami would re-take the lead, 9-8, leading to a Georgia Tech timeout. Tech came out of the timeout with three-straight points to build an 11-9 lead as they took advantage of a couple of Miami errors. But the Hurricanes would not let up, pulling away with a 16-14 set win to take the match.

Another MONSTER kill from Moss!! The sophomore stepping up early!!

Second straight kill from Mikaila Dowd as the Jackets battle back! pic.twitter.com/oRSFPj1131

S3 | Another Bergamann kill gives the Jackets their largest lead of the night!