THE FLATS – Home for the fourth time in the last six games, Georgia Tech continues Atlantic Coast Conference play Saturday afternoon against NC State at McCamish Pavilion. Tip time is 4 p.m. for the rematch of the teams’ season opener, won by Tech, 82-81 in overtime in Raleigh.

Georgia Tech update (8-11, 3-6 ACC) – In its fourth season under head coach Josh Pastner, Tech has lost four of its last five games, none of the losses by more than nine points, and has fallen to 11th place in the ACC. The Yellow Jackets have yet to win an ACC game at home this season, however, they are 3-2 on the road with victories over NC State (82-81/ot), North Carolina (96-83) and Boston College (71-52). Tech’s last four conference losses have come by a total of 23 points.

NC State update (14-5, 5-3 ACC) – In its third season under head coach Kevin Keatts, NC State has won its last three games, including a 53-51 victory at Virginia Tuesday night, and is in fourth place in the league standings. The Wolfpack have lost their other two road games at Clemson and Virginia Tech and are 3-3 on the road overall.

James Banks III talks with the media prior to Friday's practice. 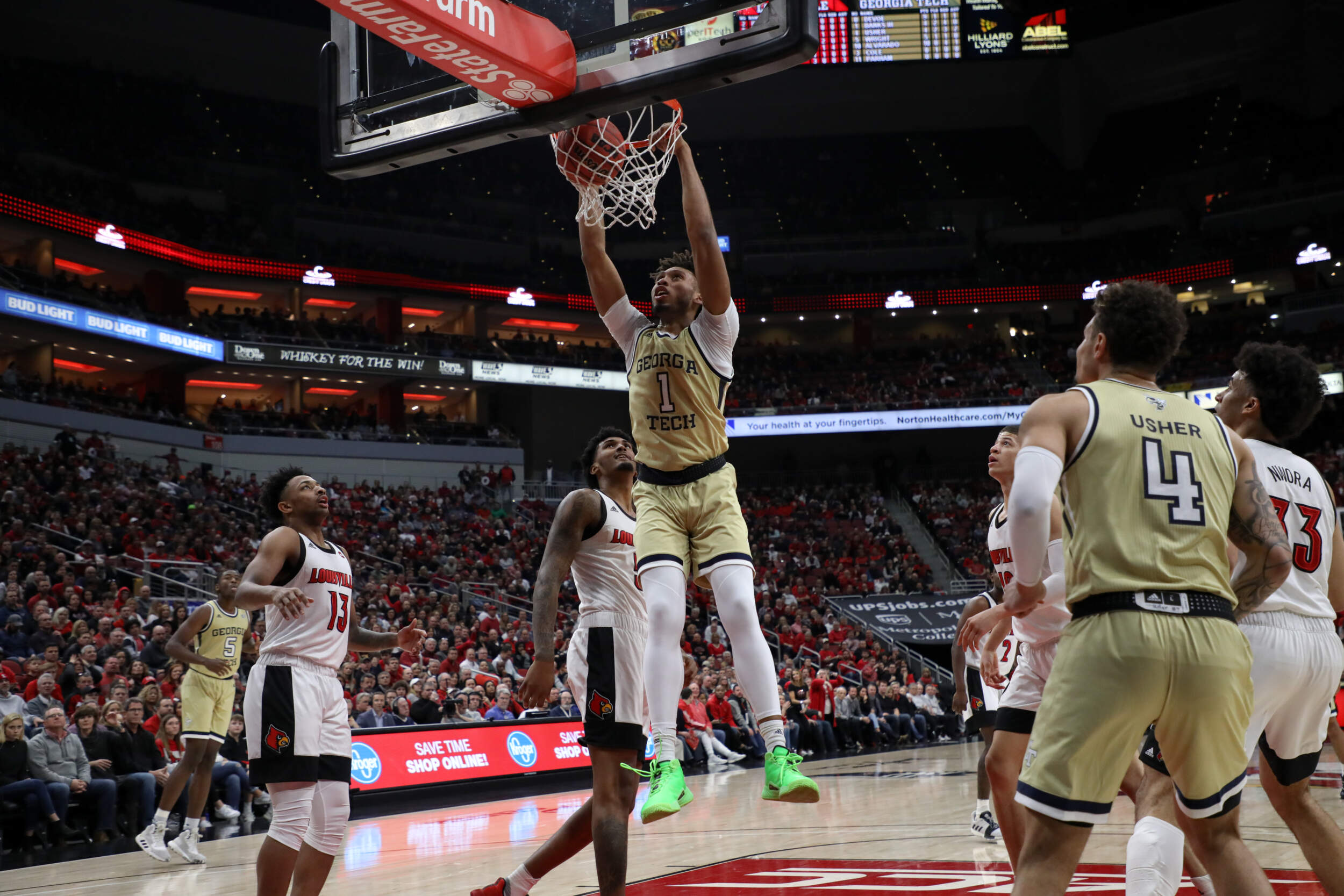 James Banks is hitting 56.9 percent of his shots from the floor in ACC games. (photo by Evan Brown) 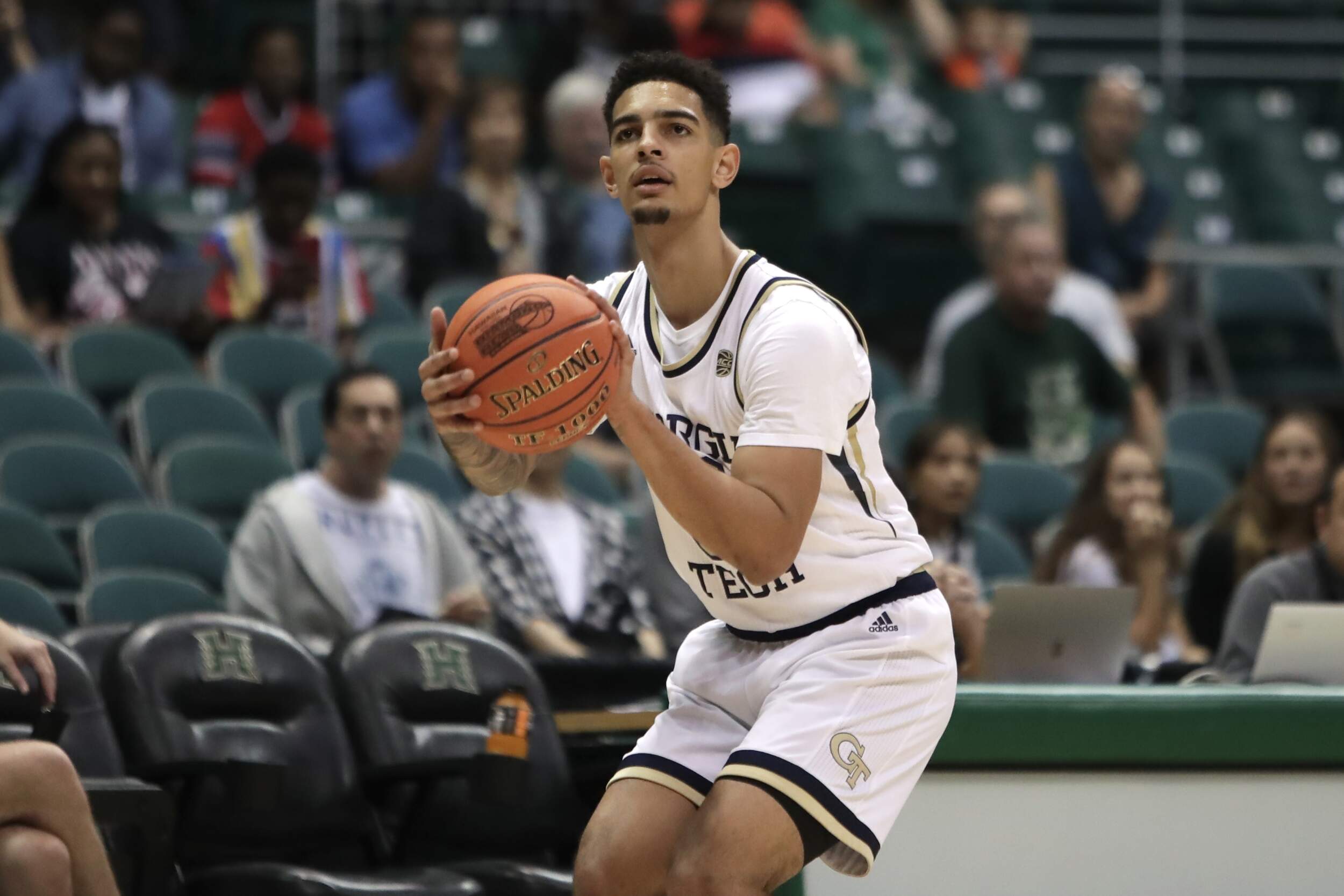