Jackets Advance with Victory over Troy 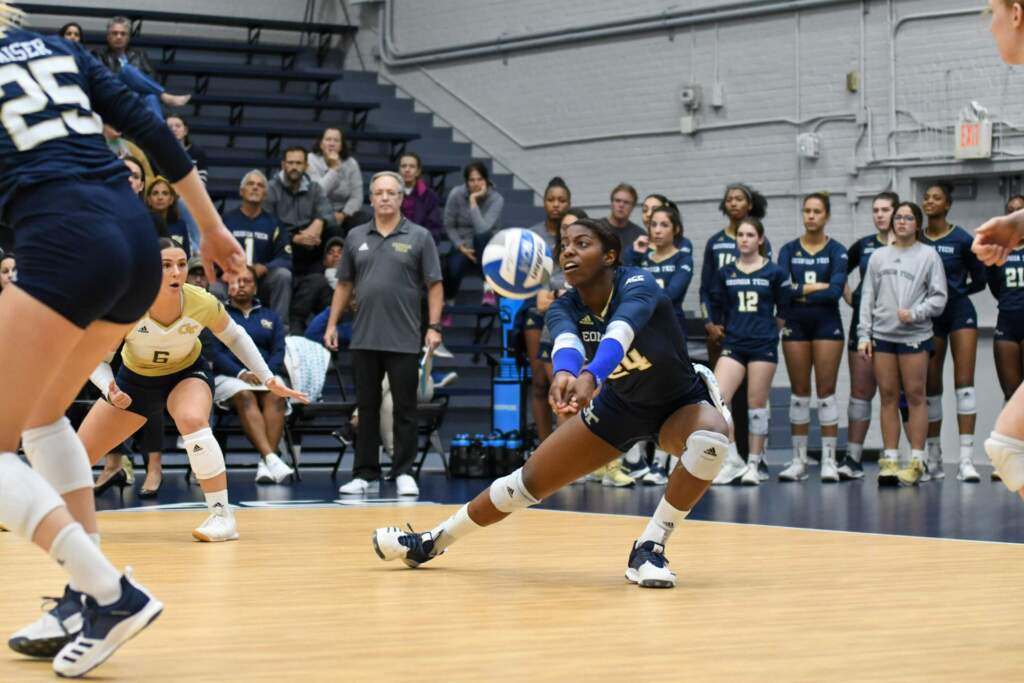 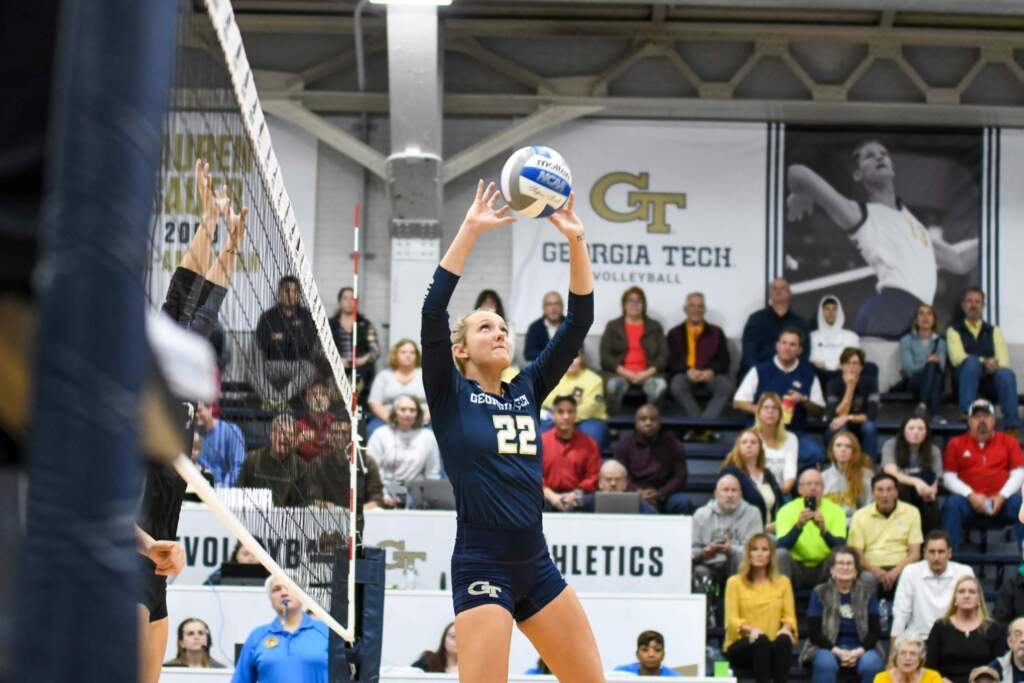 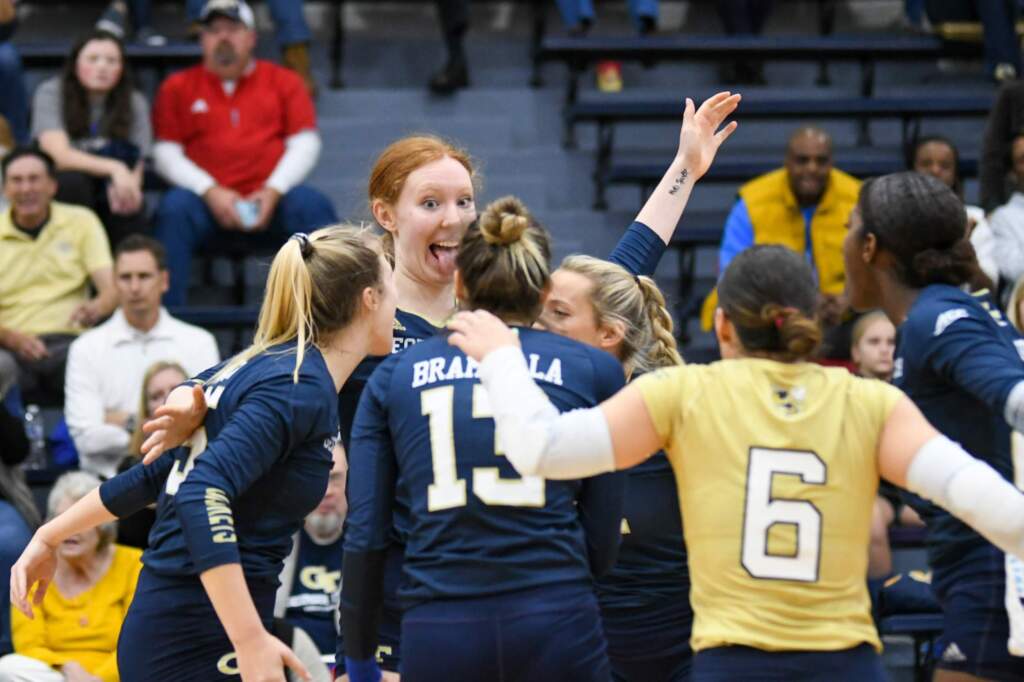 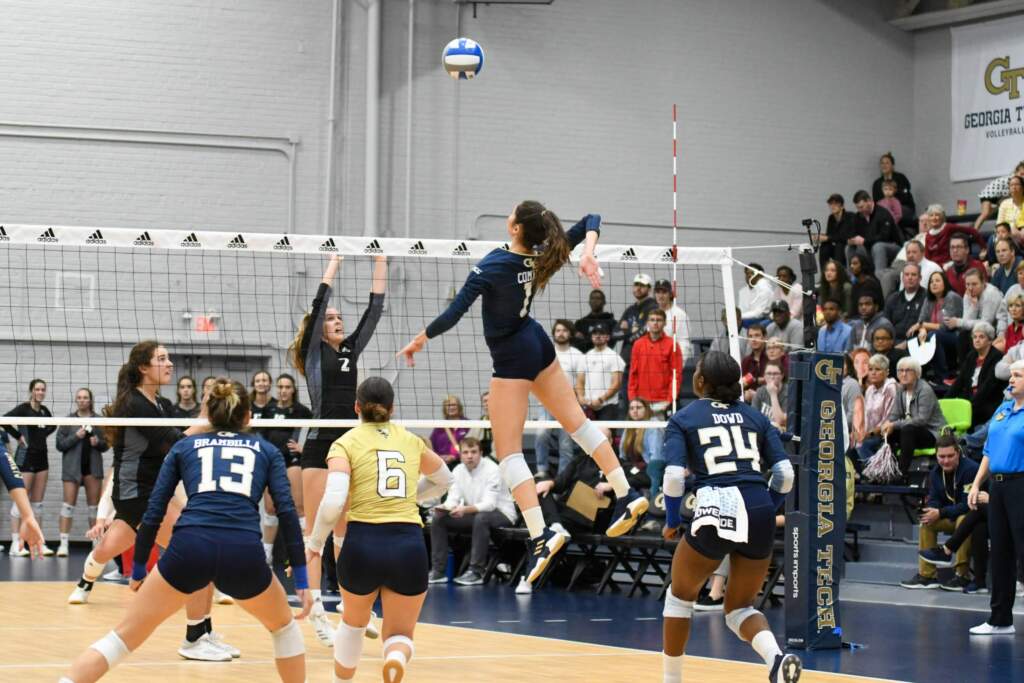 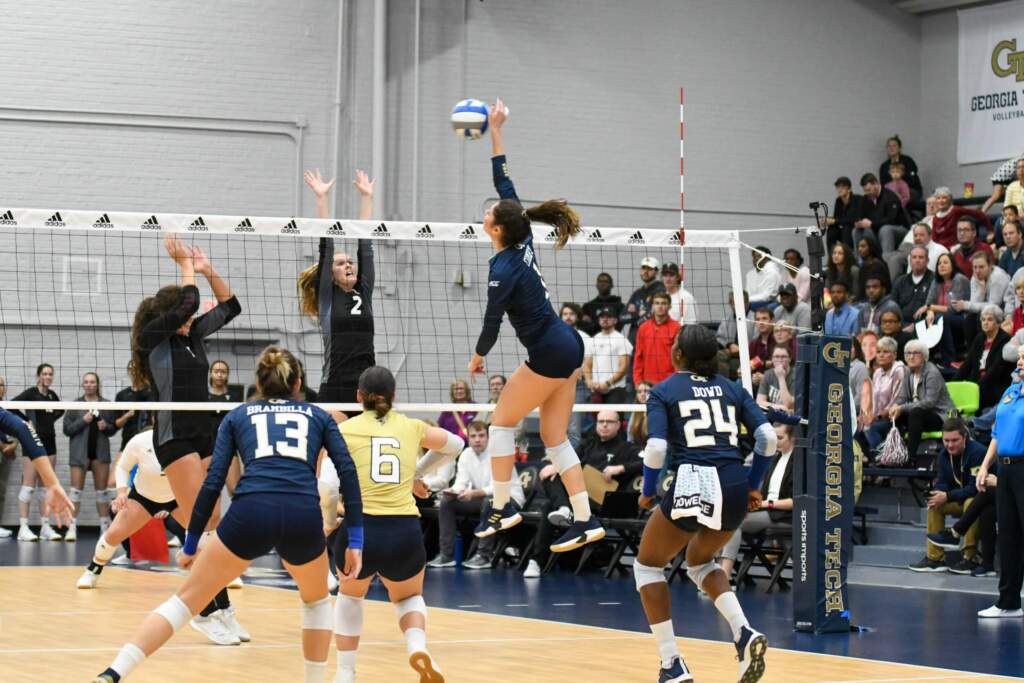 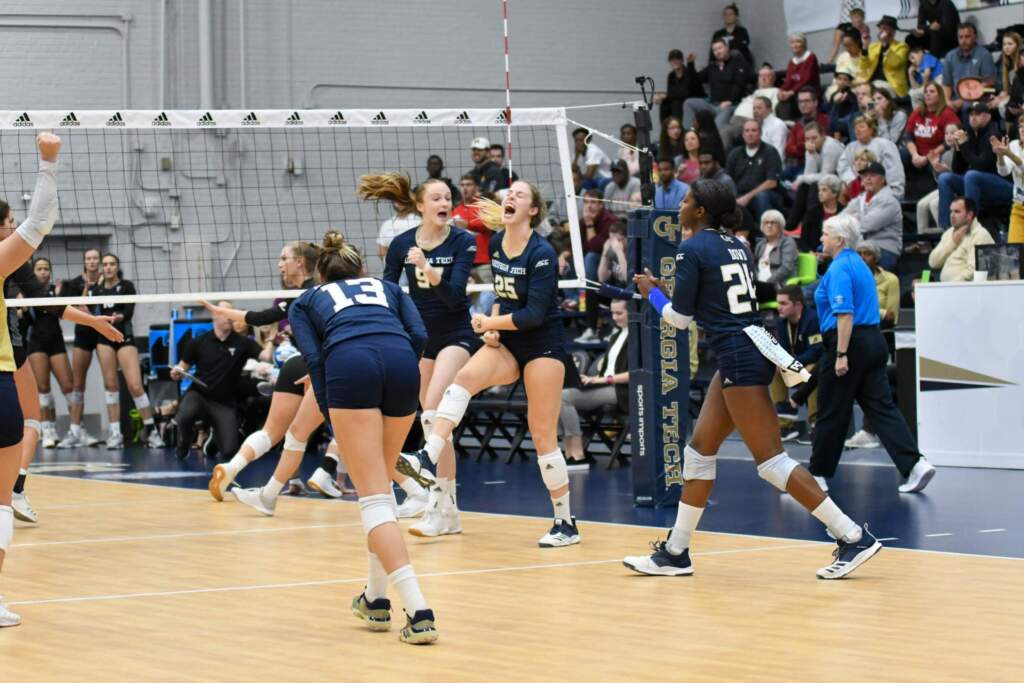 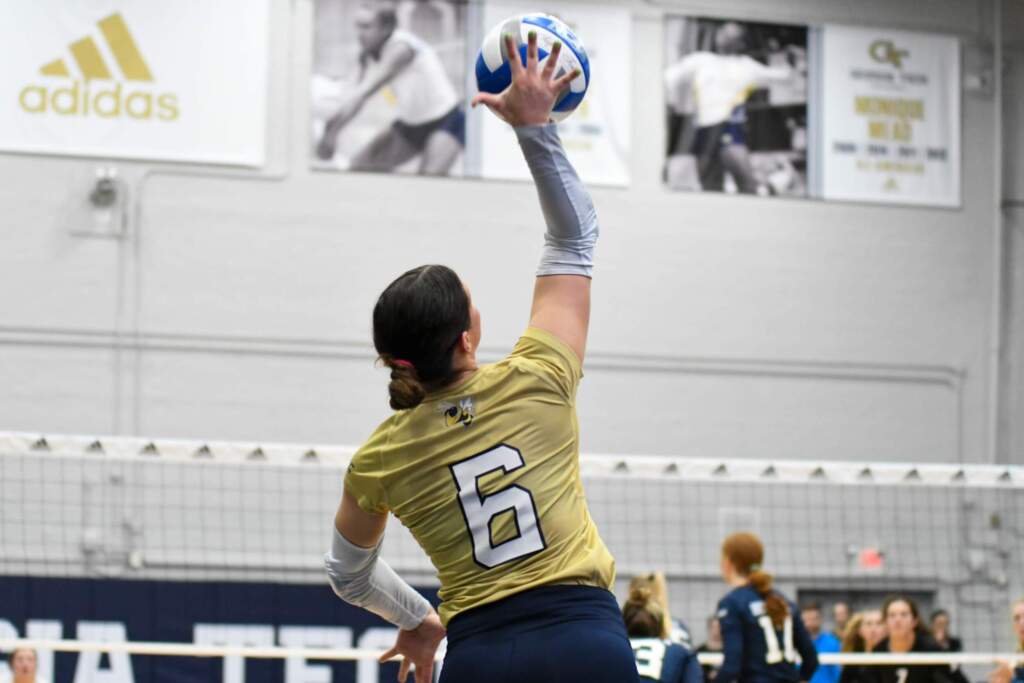 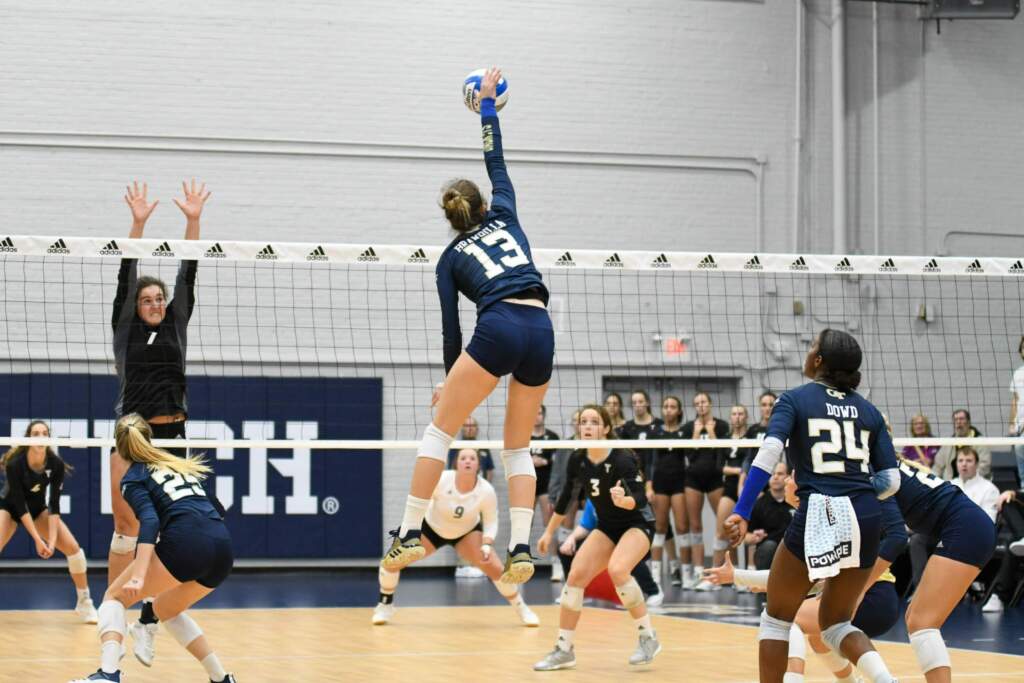 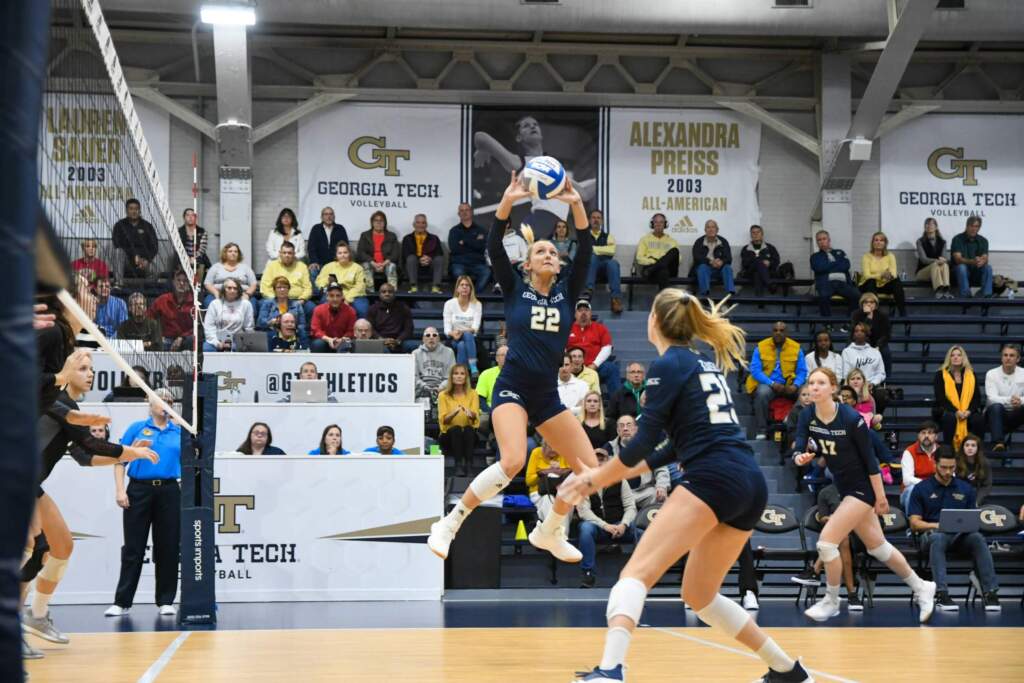 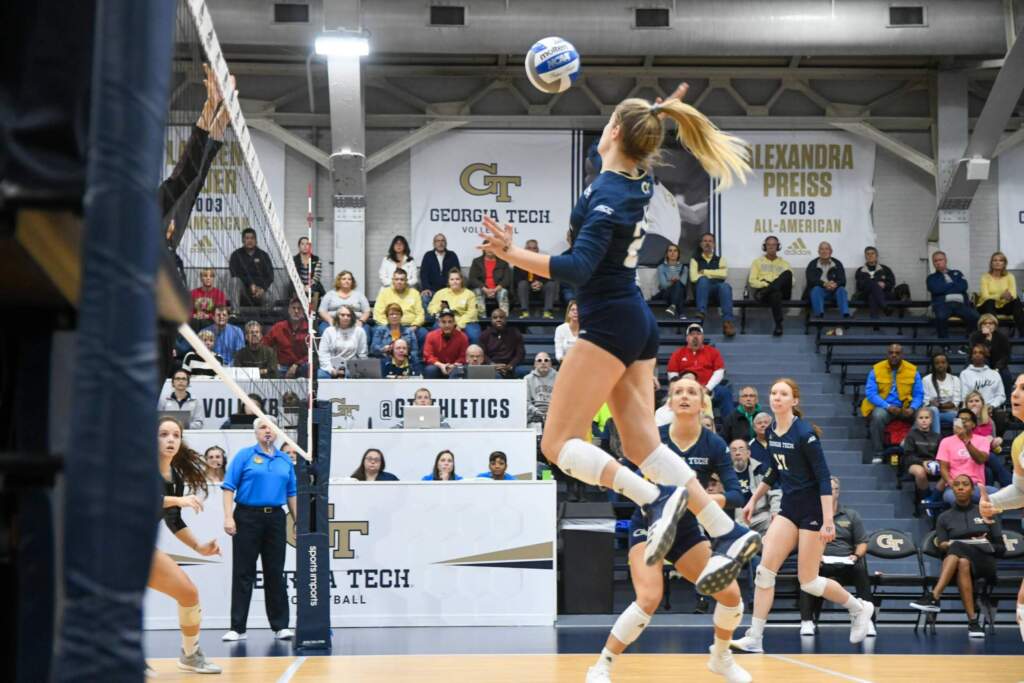 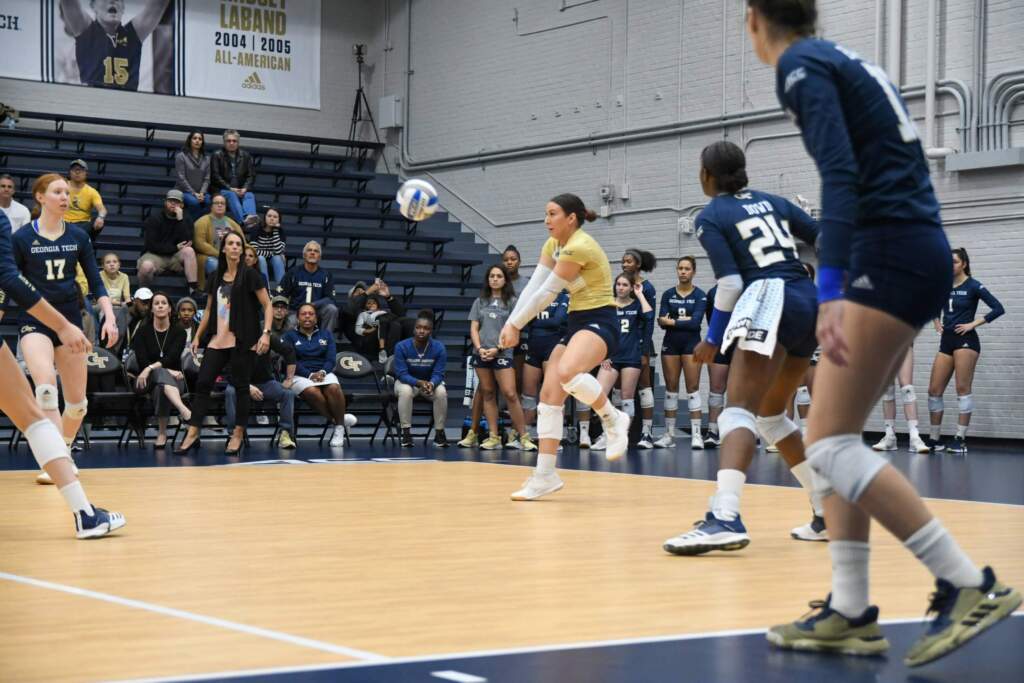 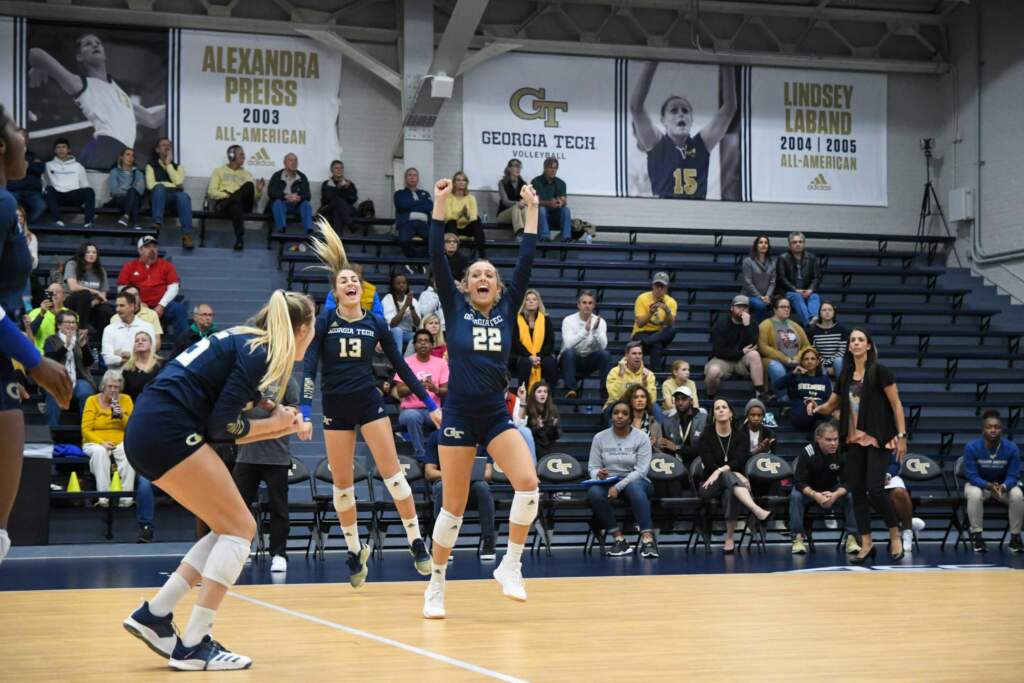 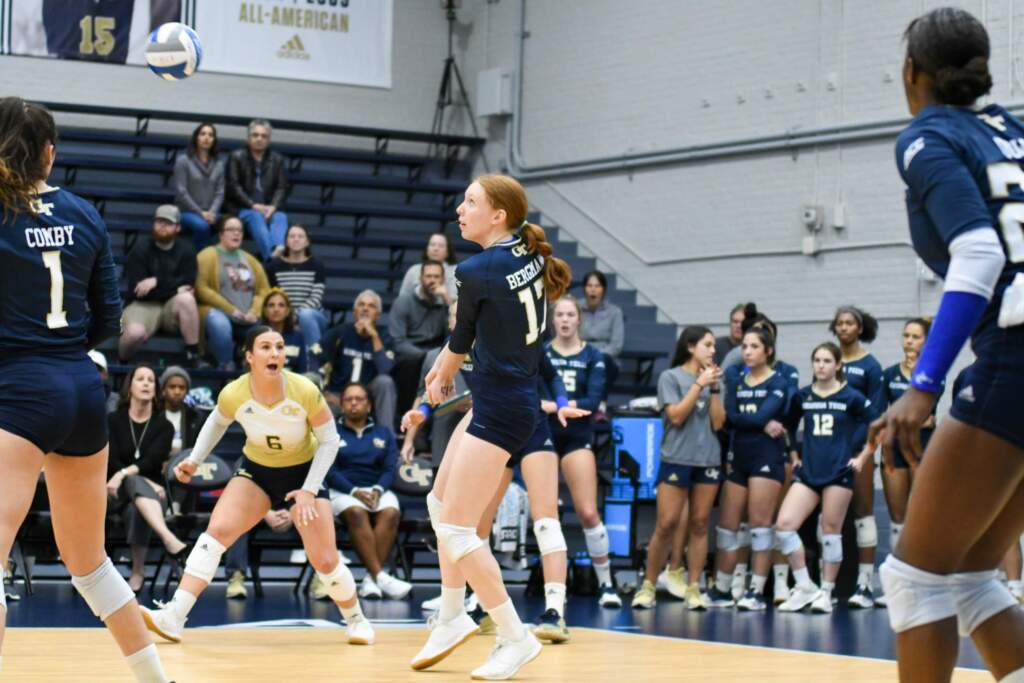 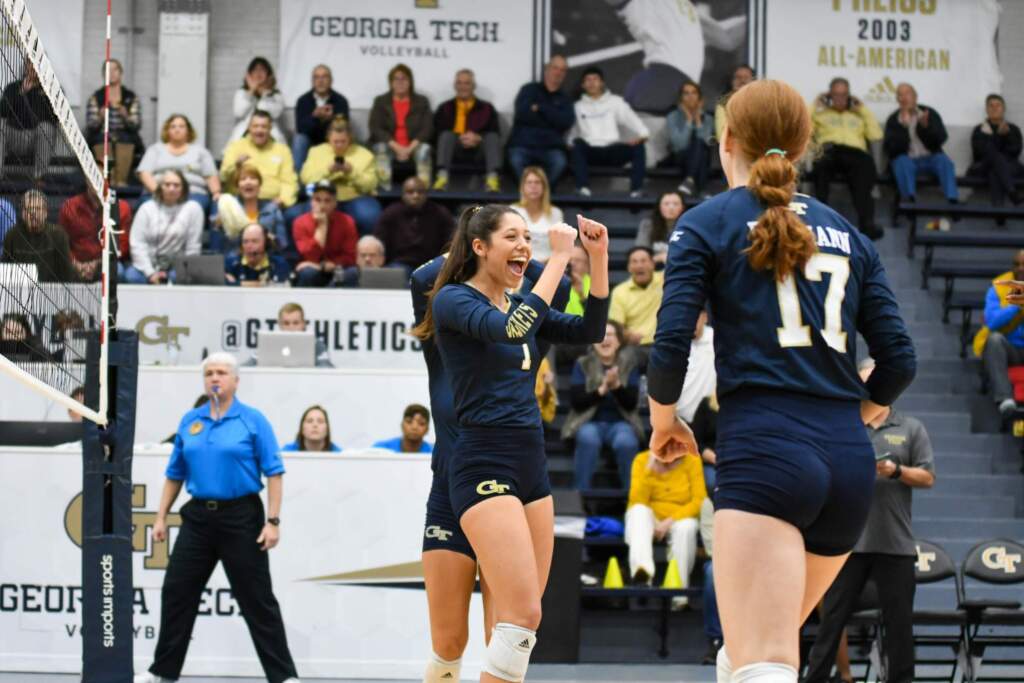 How it happened:
The first set started out close but a 5-1 run gave the Jackets a little breathing room with back-to-back kills from sophomore Mariana Brambilla and Troy called timeout with the score at 11-7. The Trojans battled back to tie the set at 14-14 and Tech used a timeout of their own. Troy went ahead, and trailing 21-17, the Jackets called their second timeout. Tech came back within two at 22-20 on an attack error and Troy signaled its second timeout. The Jackets took the next two coming out of the timeout to knot the score at 22-22 on a block from sophomore Kayla Kaiser and junior Grace Rigsbee. Troy snuck ahead once again and this time held the lead, taking the set at 25-23.

Troy carried the momentum into the second set, jumping to a 5-1 lead and Tech used its first timeout early. The Jackets clawed their way back, knotting the score at 10-10 on back-to-back kills from freshman Julia Bergmann and Troy called a timeout. The teams battled back and forth but Tech took a two-point edge at 20-18 on an attack error and Troy burned its second timeout. The Jackets were able to hold their lead and on back-to-back kills from Brambilla, securing the set at 25-22 to knot the match at 1-1.

Tech cruised to an 8-3 lead in the third and as an over from sophomore Mikaila Dowd became a kill, Troy called for a timeout. The Jackets kept piling on, moving their lead to 12-4 on a solo block from Bergmann and the Trojans used their second timeout. The Trojans found their offense but it was too late and with a service ace from Brambilla, the Jackets took the 2-0 lead at 25-14.

Tech came out with the 4-1 lead in the fourth but a 7-2 run by the Trojans left the Jackets trailing 9-6 and Tech signaled for timeout. The White and Gold fought back, coming within one several times but the Trojans stayed ahead and Tech called timeout with the score at 22-19. Brambilla responded with a kill coming out of the timeout and Kaiser added another to bring Tech back within one at 22-21 and Troy called timeout. A block assist from senior Kodie Comby and Brambilla tied the set at 23-23. Trading points to a tie at 25-25, the Jackets took match point on an attack error before another block, this time from Comby and Rigsbee, secured the four-set victory for the Jackets at 27-25.

Up next:
The Jackets advance to the NIVC quarterfinals, facing the winner of the second round match between Liberty and High Point. Date and location will be announced later.