Inside The Chart – Virginia

The home team:  Postponed versus N.C. State.  An avalanche of threes versus Clemson.  Better than 50 percent shooting in ACC play.  A five-game win streak.

The visitors:  Postponed versus N.C. State.  An avalanche of threes versus Clemson.  Better than 50 percent shooting in ACC play.  A five-game win streak.

Georgia Tech (7-3, 3-1 ACC) and No. 13 Virginia (9-2, 5-0 ACC) meet in Charlottesville Saturday as near mirror images of one another, right down to the blowouts of Clemson in their most recent game.  Tech’s ascendant offense will get a test Saturday – the Yellow Jackets have dropped six straight to the still-technically-defending-national-champion Cavaliers.  But it’s that same offense, last seen raining down 16 threes against Clemson, that should give the Jackets confidence they can measure up against the ACC leaders.

If there’s a time to face Virginia, this may as well be it.  Enjoy the top five notes from my chart in preparation for Saturday’s matchup at John Paul Jones Arena (8 p.m. ET, Georgia Tech Sports Network from Learfield IMG College):

Michael Devoe nearly surpassed former Tech star Tony Akins in the Tech record book Wednesday night for most three-point field goals without a miss, but the junior missed his last attempt after making six in a row. (photo by Danny Karnik)

It may have been their most impressive stat of the season had it not occurred in, you know, a loss.

Last January at McCamish Pavilion, Georgia Tech shot 50 percent against Virginia, at the time the nation’s leader in field goal percentage defense.  The Yellow Jackets could take little solace in the achievement, though: 18 turnovers proved their undoing in a 63-58 loss.

It’s worth noting, though, that Clemson ranked eighth nationally in defensive efficiency when it faced Tech on Wednesday.  So what can the Jackets learn from that performance that may help them against the Cavaliers?  The Jackets didn’t over-commit on dribble-drives, which could have led to turnovers or jammed-up kickout passes.  They handled Clemson’s hedges, which didn’t allow the Tigers to stall out their ball movement.  And they forced Clemson to over-extend on its help, which created spacing and opportunities on the weak side.

All of those principles may need to apply Saturday if Tech wants to avoid the kind of turnovers that plagued them last season.  Unlike Clemson, Virginia has an elite rim protector in 7-foot-1 Jay Huff (2nd ACC, 2.27 blocks/g), which adds an extra layer of difficulty.  The Jackets will also need to be good in late shot-clock situations, an area where they’ve struggled according to Synergy.  And can they get their transition game going against a Virginia team that rarely concedes fast breaks?  The Jackets rank in the 95th percentile in points per possession in transition according to Synergy; Virginia commits the second fewest turnovers in the country (8.2/game).

It was a roller coaster of emotion Wednesday for former Yellow Jacket Tony Akins.

First, Michael Devoe appeared to break Akins’ school record for most threes in a game without a miss (Akins went 5-for-5 vs. Davidson on Dec. 19, 2001).  Devoe originally was credited as going 6-for-6, but a video review retroactively changed his last field goal attempt to a three.

Akins, though, didn’t come away completely unscathed.  Early in the second half, Jose Alvarado surpassed him for eighth in school history in career steals against the Tigers.

Even Tech’s 16 three-pointers may have conjured some unflattering flashbacks for the Lilburn, Ga., native.  The Yellow Jackets came close to tying the school record for threes in a game, set during Akins’ senior year when Tech made 17 of 31 in a 111-108 win over Clemson Jan. 24, 2001.  Akins, who finished his career with the second most three-pointers in school history behind Dennis Scott, finished that game with 0 points on 0-of-4 three-point shooting. 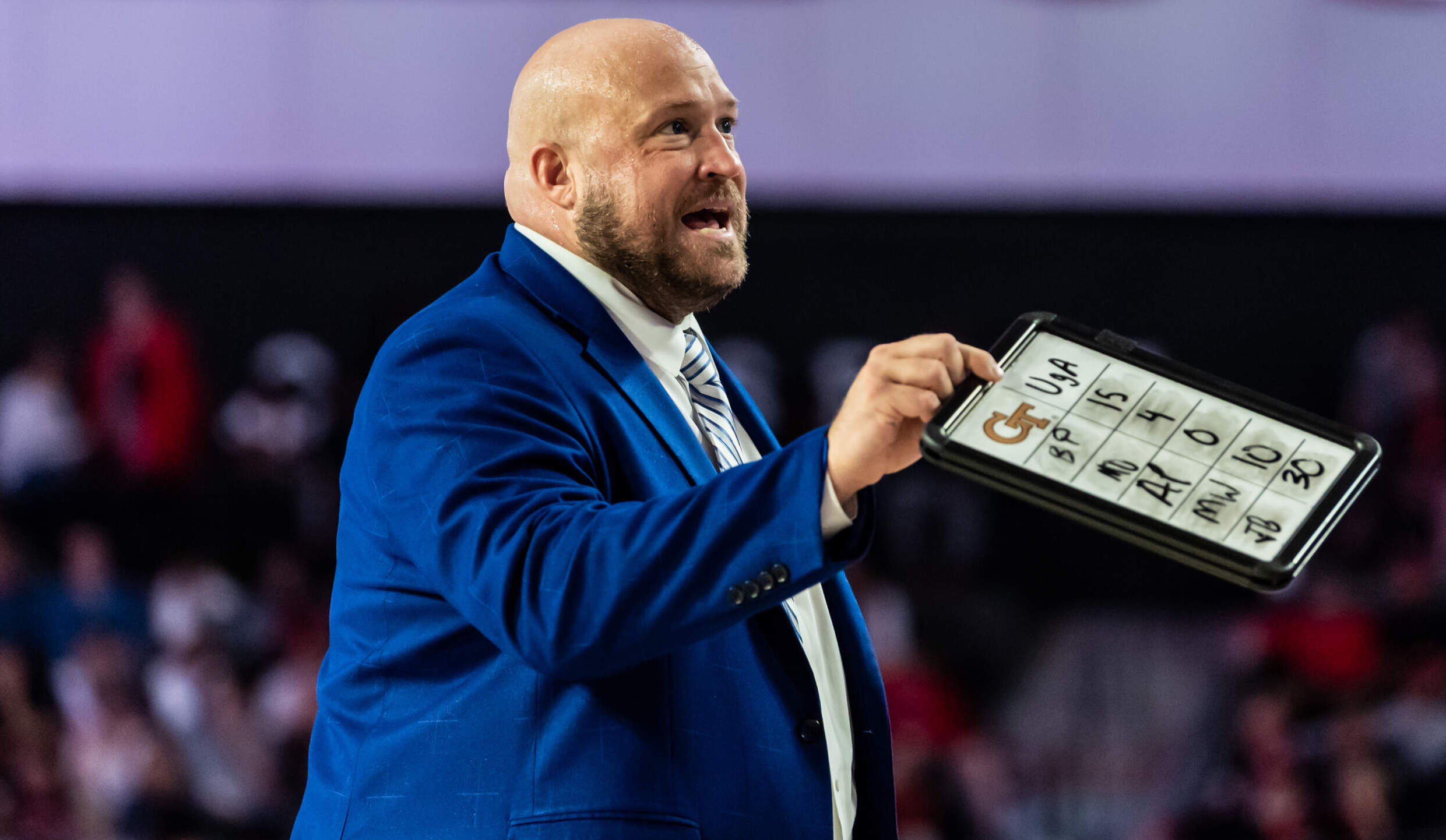 While its defense draws most of the attention, Virginia’s offense has been equally clinical – the Cavaliers rank 10th nationally in offensive efficiency.  Georgia Tech sank 16 of 27 three-pointers against Clemson Wednesday; Virginia made 15 of 27 in an 85-50 rout of the Tigers last weekend.  The Cavaliers rank second in the ACC in three-point percentage (38.5 pct.), a sharp departure from last year when they finished 312th in the nation.

Virginia likes to play a three-man game in the middle third of the floor with Hauser, Huff and Kihei Clark, a shrewd, shifty 5-9 point guard.  Look for them to work in an almost mini-motion offense, using a variety of back screens, slips, curls and staggers.  At 6-8 Hauser can both post up and pop out, while Pastner calls Huff “one of the best NBA prospects in the ACC” because of his length and shooting.  Virginia plays off that “three game” by planting a pair of three-point shooters on the wings, usually 6-9 Trey Murphy III (52 pct. 3pt) and Tomas Woldetensae (41.4 pct. 3pt).

If Georgia Tech trails at halftime, don’t fret.  In their last three ACC games, the Jackets have shot 66.7 percent (12-of-18) before the first media timeout of the second half.

Hauser isn’t the only transfer who has fortified Virginia this year.  Trey Murphy III, a 6-9 guard who transferred from Rice, has given the Cavaliers another rangy, floor-stretching presence on the outside.  His father, Kenneth Murphy Jr., played basketball at East Carolina in the late 1980’s.

It begs the question, though:  if he goes by Trey, doesn’t that make the “III” redundant?  Wouldn’t that be like saying “ATM machine” or “ACC conference”?  Inquiring minds want to know.

Now that we’re prepared, we hope you are as well.  We’ll talk to you starting with pregame at 7:30 p.m. ET on the Georgia Tech Sports Network from Learfield IMG College.  See you in Charlottesville.