Inside The Chart: Route Already Taken

He has moved outside, not outside-looking-in. His switch is “in addition to,” not “instead of.”  If you want to use the lingua franca of international soccer, you could say he’s “on loan.”

For a second-straight week, sophomore Tobias Oliver figures to factor into the receiving game as Georgia Tech continues ACC Coastal play against Duke. With senior Jalen Camp felled by a season-ending injury, and redshirt freshman James Graham starting to find his footing at quarterback, Tech coaches decided to give the Warner Robins, Ga., native some snaps at wide receiver to provide them with another playmaker on the outside. Oliver recorded his first-career catch against North Carolina last Saturday, on a nine-yard comeback route in the fourth quarter.

“He is such a weapon,” head coach Geoff Collins said on his weekly radio show. “Having to expand his role to play some as receiver, we’re lucky to have him in the program.”

He hasn’t been completely decommissioned from his old position – Oliver still took several snaps against the Tar Heels. Call it a position addition more than a position change. But as he navigates the new role, Oliver has an assistant coach who knows exactly what he’s going through.

“I understand some of the emotions of it as far as moving positions and having to learn different techniques when you’ve been doing something for so long,” wide receivers coach Kerry Dixon said.

Dixon knows because he made the same move during his own playing days. After a stellar career at Booker T. Washington High in Houston, Texas, he enrolled at Baylor as a quarterback, where he appeared in seven games as a true freshman in 2000. Injuries and his own growth led to Dixon receiving a pair of starts against Texas A&M and No. 1 Nebraska. 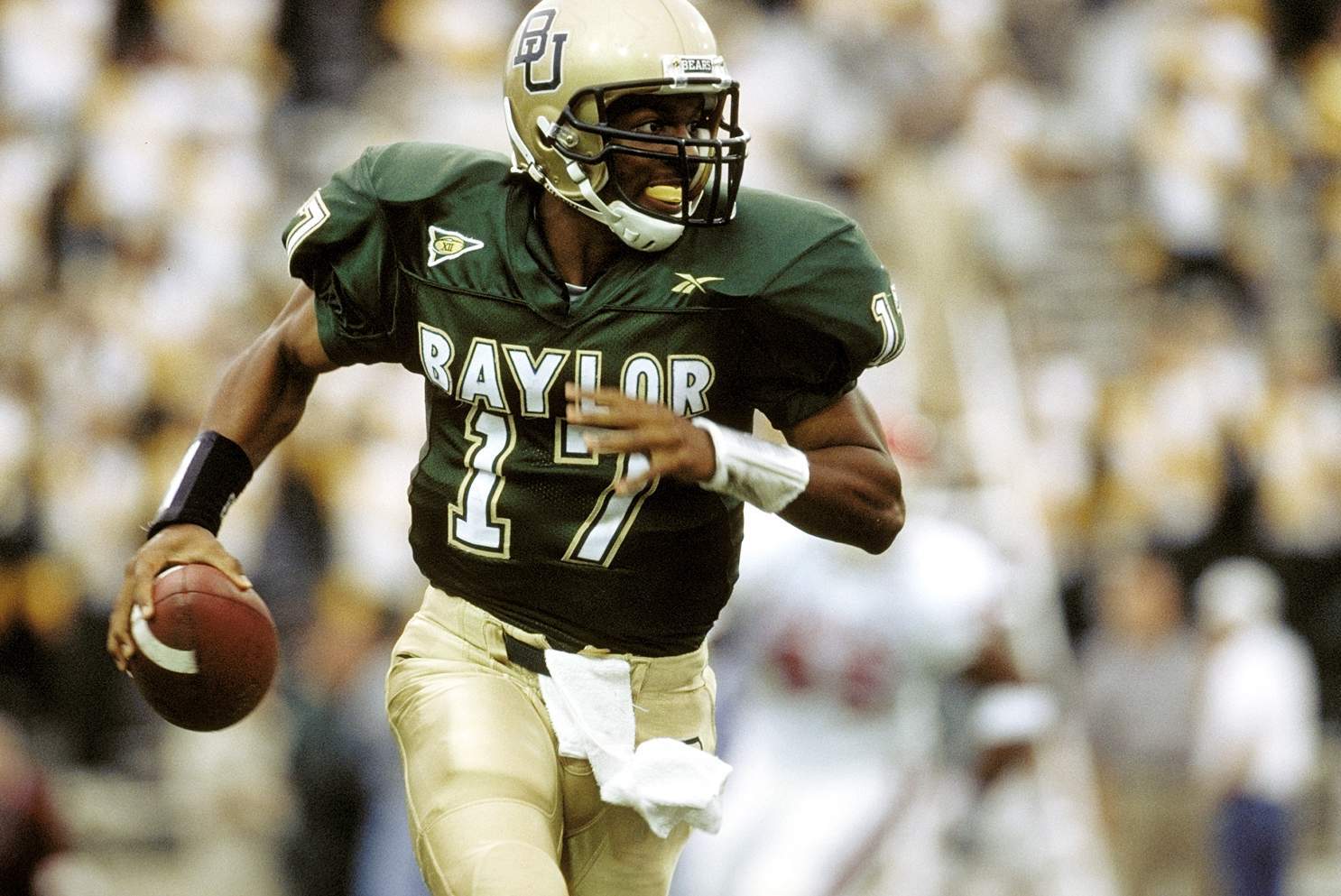 (Yes, Dixon and Oliver both have starts against No. 1-ranked teams on their résumés.)

Unfortunately, Dixon’s starts ended ignominiously. He threw four interceptions against Texas A&M. He missed all three of his pass attempts against Nebraska. Baylor was shut out by a combined 83-0. Tossed into the crucible of Big 12 play, Dixon’s freshman year numbers look grim: 20-of-65 passing for 203 yards, with zero touchdowns and nine interceptions.

“I just remember those being fun games, but at the same time it was a little painful afterwards,” he recalled.

Dixon still trained at quarterback in the spring, but moved to wide receiver in the fall. He was on track to start when he separated the AC joint in his shoulder following a catch in a preseason scrimmage. Dixon redshirted as a sophomore in 2001, then transferred to FCS Hampton University. He split time between wideout and quarterback with the Pirates, catching 12 passes for 177 yards and serving as team captain his senior year.

Aside from experience, there’s perhaps no greater coaching tool than empathy. Dixon has walked the same path – or more precisely, run the same route – as his new receiver. That background has been a source of comfort for the 6-2, 190-pound Oliver.

Dixon has already given Oliver one piece of reassurance.

“Some things might not feel as natural at first, but you look really good doing it, so just continue to grow and buy into it and the sky’s the limit for you,” Dixon said.

Dixon also notes another thing about Oliver, something born of his own experience at Baylor and Hampton. His knowledge of quarterback, he says, will actually add to his savvy at wideout.

“He knows that the quarterback is looking for. He knows what spot he’s supposed to be in. So that really helps. And it’ll help the quarterbacks as well, especially having somebody who’s been back there and he understands the pass game,” Dixon explained.

His teaching is also shaped by what he wished he had known. At Baylor, Dixon says he should have learned more release techniques against press coverage. Not surprisingly, he has made that a focus with Oliver.

“It’s just understanding leverage and how they’re playing [you] on the outside. ‘What move can I use at this point in time?’  Right now he’s just taking advantage of his speed on the outside. He can get a DB’s hips open really fast,” Dixon explained.

Oliver admits he’s still learning the nuances of the position. After all, he last remembers playing wide receiver in his first year of organized football, as a seven year-old for the Chargers in a Warner Robins recreational league. But Dixon says he has the skills – and more importantly, the work ethic – to thrive at receiver.

“He’s one of the best natural athletes I’ve ever been around. He’s extremely competitive. He wants to be good. He’ll stay after practice and get extra releases in. The guy really cares,” Dixon said.

There’s one last aspect to this transition, one that doesn’t involve technique or film study or extra reps at practice. Dixon knows the effect a move like this can have on a quarterback’s psyche. He experienced it first-hand at Baylor. The temporary stripping of one’s identity. The fight between doubt and trust.  Nineteen years later, Dixon still recalls his struggles with it. By sharing his story with Oliver, he hopes the redshirt sophomore can avoid the same mental minefields.

“The biggest thing is keep the team first. I really battled with that on a day-in, day-out basis, but I always wanted to do what was best for the team. I felt like if I was giving myself up for the benefit of others, then ultimately we would all do great things,” Dixon said.

“Just him telling me his story of going through it is making it a lot easier for me,” said Oliver.

And if all goes well, a lot harder on opposing defenses. He may have a new position for now, but Oliver has an assistant coach who’s well-positioned to guide him.