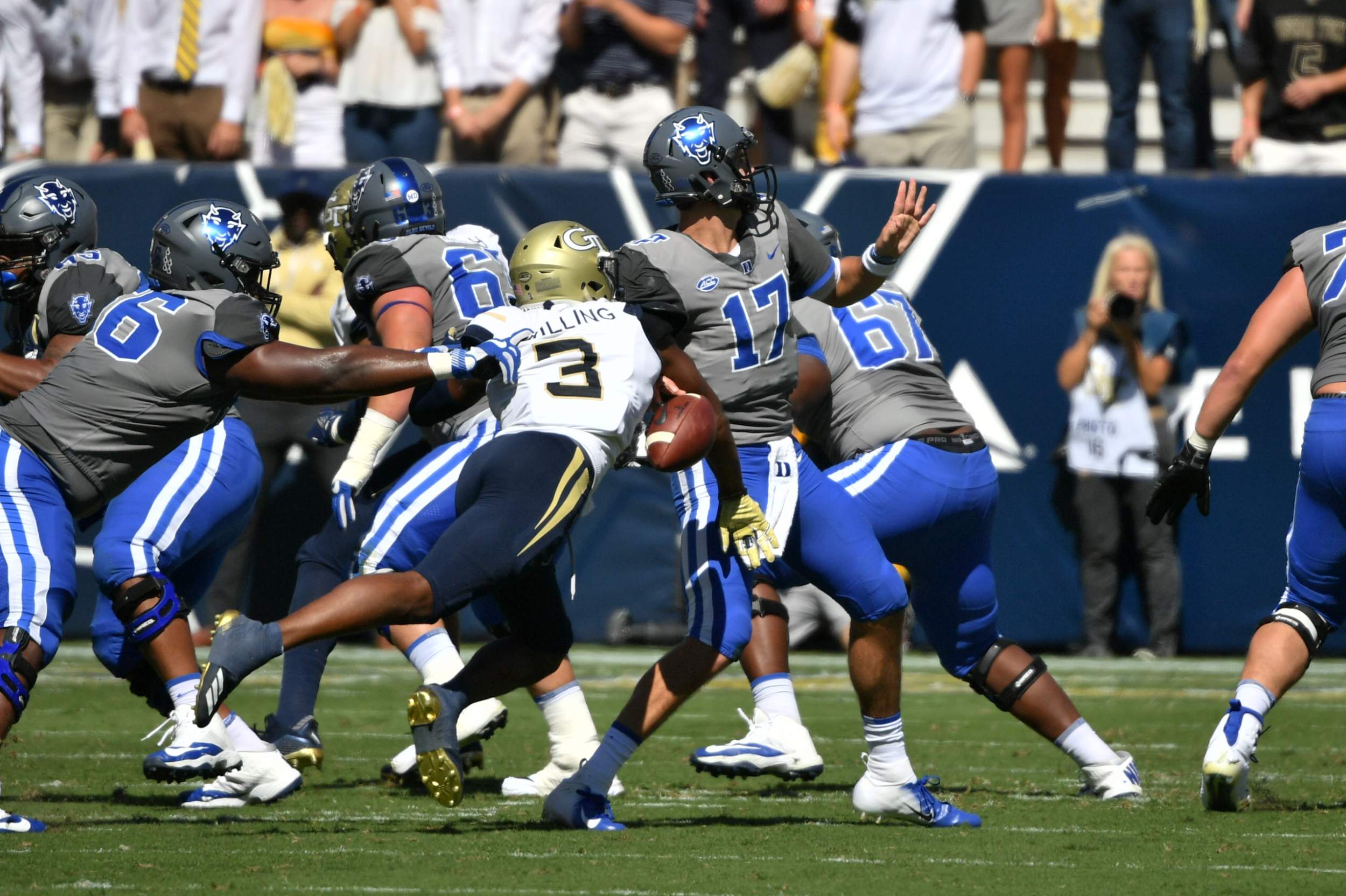 Georgia Tech and Duke are squaring off for the 87th time. The teams have met on the gridiron every season since 1933.

• Georgia Tech begins a two-game stint away from home with an Atlantic Coast Conference Coastal Division tilt at Duke.

• As Georgia Tech continues to make the monumental transformation from an option-based offense to head coach Geoff Collins’ spread, pro-style attack, the Yellow Jackets can build off of perhaps their best offensive performance of the year last Saturday versus North Carolina. The Jackets’ 321 yards of total offense against UNC were a season high, while their 6.1 yards per play were their most against an NCAA Division I FBS opponent this year.

• With three offensive players making their first-career starts last Saturday against UNC (r-Fr. QB James Graham, r-So. WR Adonicas Sanders and walk-on r-So. C William Lay III), the Yellow Jackets managed just 92 yards of offense in a scoreless first half. However, Graham and the Jackets exploded for 229 yards and 22 points in the second half of the contest, good for an impressive 8.8 yards per play.

• Defensively, Georgia Tech had seven tackles for loss against UNC, good for its second-highest total of the season.

• Jr. LB David Curry racked up a career-high 16 tackles against North Carolina. His 16 stops were tied for the most by a Yellow Jacket since 2005 and are tied for the 18th-most by an FBS player this season.

• Georgia Tech and Duke are meeting for the 87th time in series history. The Yellow Jackets and Blue Devils first squared off in 1933 and have met every year since. Duke is Georgia Tech’s third-most common opponent all-time (behind only Georgia – 113 meetings and Auburn – 92).

• Georgia Tech leads the all-time series 51-34-1 but had lost two-straight overall and four of the last five in the series.