A pair of kindred spirits will collide Tuesday.

Georgia Tech (10-8, 2-3 ACC) and Notre Dame (11-7, 1-4) have both endured injuries, absences, and unexpectedly short benches as they navigate the start of ACC play.  Both will be shorthanded – and seeking the upper hand in a series that has historically played tight.

Silver linings may be scarce in a 28-point loss, but junior James Banks did record his fifth double-double with a career-high 24 points and 11 rebounds against Louisville.  He’ll now face the ACC’s leader in double-doubles – and one of the surprise players in the league – in Notre Dame’s John Mooney.

The 6-9, 246-pound junior, who has pulled in a whopping 35 rebounds in the last two games, has helped the Irish weather the graduation of All-ACC big man Bonzie Colson.  Like North Carolina’s Luke Maye, Mooney (14.0 ppg, 10.7 rpg) has range to the three-point line and a knack for ducking in and creating angles around the rim.  With 6-11 Juwan Durham bothered by a bad ankle, Mooney has played more at the “5” lately; if Durham, the ACC’s leading shot blocker (3.2 bpg), plays on Tuesday, Mooney would move to his natural “4.”  In a battle of double-double threats, can Banks match Mooney’s activity on the boards, and “wall up” when defending him in the post? 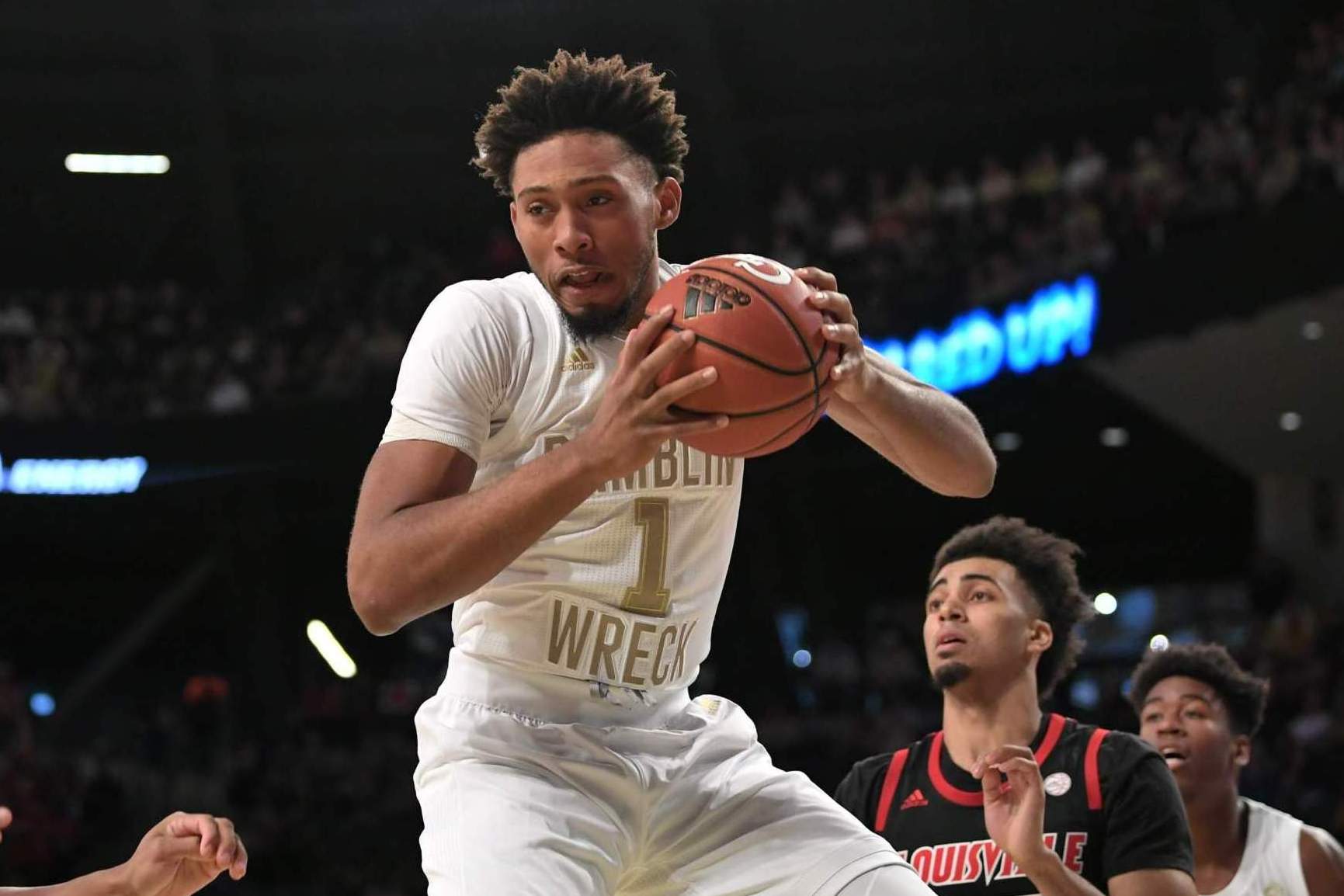 James Banks has five double-doubles this season, including one last Saturday against Louisville. Tonight he battles the ACC leader in double-doubles, Notre Dame center John Mooney.

The Fighting Irish may have lost stalwarts like Colson, Matt Farrell, Martinas Geben, and Rex Pflueger off last year’s team, but you’ll still see a similar style under 19th-year head coach Mike Brey.  Notre Dame is one of the ACC’s top purveyors of four-out, one-in motion, with Mooney their principal target down low.  The Irish move off screens well, spacing the floor for kickouts and “plus-one” passes.  Over 50 percent of their field goal attempts in ACC play are three-pointers, the highest percentage in the league – and a sharp contrast from Georgia Tech:

Percentage of FGA that are 3-pointers – Conference play

Following his team’s 77-73 loss to North Carolina State Saturday, Brey said, “We got into the 70’s.  We should have a parade.”  Notre Dame may rank last in the ACC in field goal percentage (41.5 percent), but the Irish’s system still makes them capable of heating up quickly.  Pay attention to junior guard T.J. Gibbs (14.1 ppg), a fearless penetrator with a quick release, and 6-6 swingman D.J. Harvey (11.6 ppg) can also raise up if given space. Freshmen Dane Goodwin and Nate Laszewski have the ability to catch and shoot as well.  Georgia Tech’s communication in its ball-screen coverages will need to be sharp.

So if Notre Dame attempts the highest volume of three-pointers in ACC play, and Georgia Tech the lowest, it figures the Irish will score more points off threes Tuesday.  So how can Georgia Tech make up that difference (barring a three-point spree of its own)?  Free throws would be a good start – except Notre Dame rarely sends opponents to the foul line.  The Irish only commit 13.8 fouls per game, tied for the lowest average in the nation with Michigan.

Georgia Tech, on the other hand, leads the ACC in free throw rate, a measure of how often teams shoot free throws relative to how often they attempt shots from the field.

Tech’s free throw percentage has waned lately, but it remains a vital part of their offense in conference play.

If free throws aren’t plentiful, Georgia Tech needs to be aggressive getting to the rim (more so if Durham, who hasn’t played in two of the last three games, is unavailable).  Josh Pastner lamented his team’s lack of finishing against Louisville.  Can players like Michael Devoe, Curtis Haywood and Moses Wright cash in on their opportunities around the rim?

James Banks played his final year of high school at La Lumiere, a private school 35 minutes from the Notre Dame campus.  He also shares another connection with the Irish:  he and Notre Dame wing D.J. Harvey participated in the USA Basketball training camp for the FIBA Americas U18 Tournament in the summer of 2016.

Now that we’re prepared, we hope you are as well.  Join us for pregame coverage starting at 6:30 p.m. ET on the Georgia Tech IMG Sports Network.  See you at McCamish.