Inside the Chart - Georgia Tech vs. Virginia

They’ve had the home court, the home crowd, but not quite the home win.

Georgia Tech (8-9, 3-4 ACC) fought hard but came up short Wednesday, losing 78-74 loss to Notre Dame to fall to 0-3 in ACC games at McCamish Pavilion.  Protecting the home court may feel like a prerequisite for a team looking to climb the ACC standings, but head coach Josh Pastner took a more philosophical view of the Jackets’ close loss to the Irish.

“We played well,” Josh Pastner said at his press conference Friday.  “That’s just the way life is in the ACC.  You can play well and still lose.  And that’s what happened to us on Wednesday.”

But Pastner knows his team may have to play even better Saturday to conquer its next opponent, defending national champion Virginia (11-5, 3-3 ACC) at McCamish Pavilion.  Enjoy the top five notes from my chart as the Jackets seek their first win over the Cavaliers since 2016 (8 p.m. ET, Georgia Tech Sports Network from Learfield IMG College): 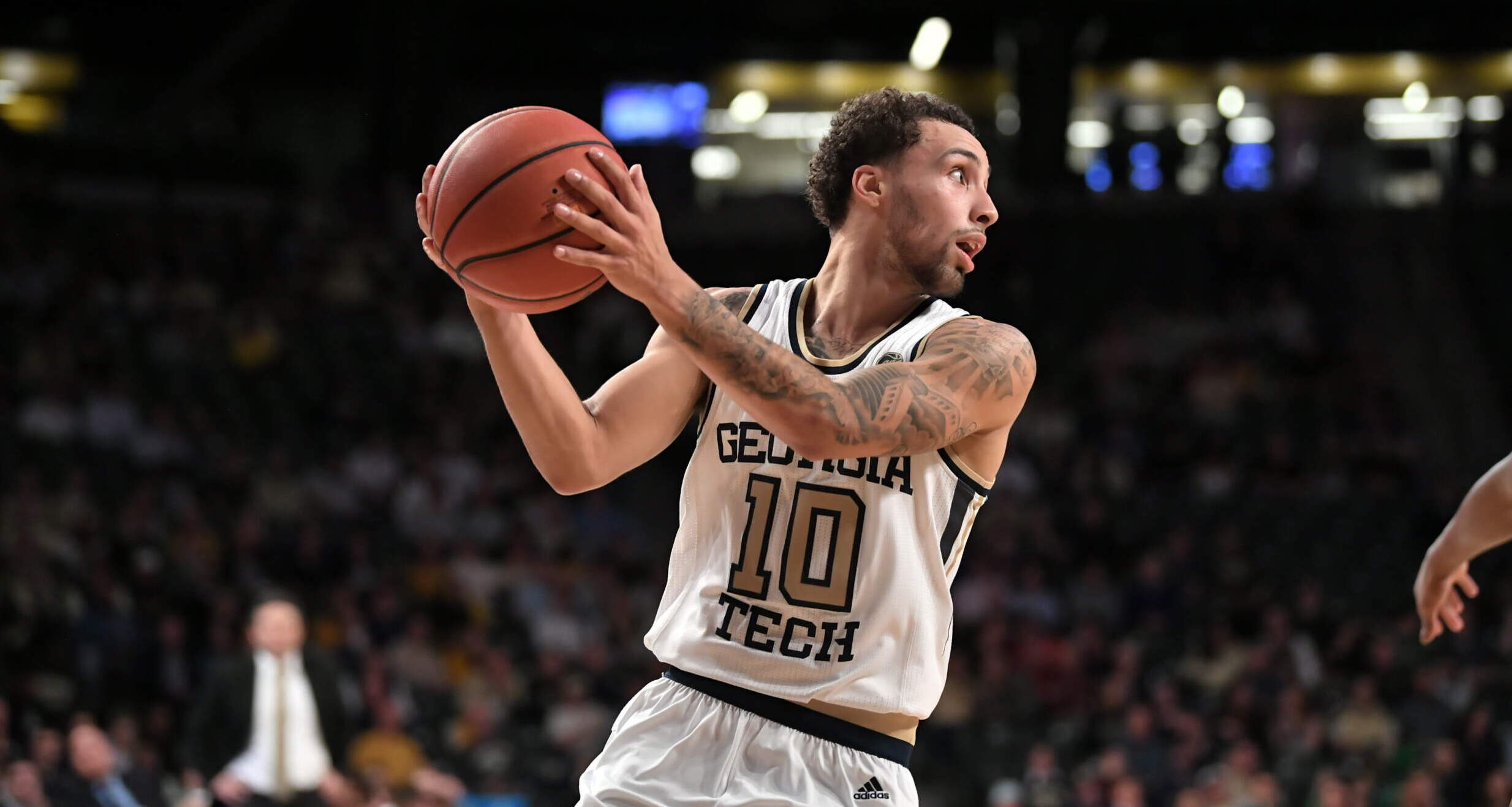 A defending national champion whose confidence is teetering.  A nation’s-leading defensive team that’s aching to snap a losing streak.

Virginia may lead the ACC in paradoxes heading into Saturday’s matchup.  After a 54-50 defeat to No. 9 Florida State, the Cavaliers have dropped three straight to fall to 3-3 in the ACC.  They’ve slipped out of the top 25 for the first time in 46 weeks.  A loss Saturday would give them as many losses as they had in the previous two years combined.

The Cavaliers still play their customary none shall pass defense (more on that later), but the root of their struggles lies on offense.  When De’Andre Hunter, Kyle Guy and Ty Jerome left for the NBA, they also left a giant, smoldering crater in Virginia’s three-point shooting:

Turnovers have also plagued the Cavaliers, resulting in an efficiency rating that ranks last in the ACC in conference games.  Virginia still runs solid stuff, but it’s the shot-making that has betrayed them during ACC play.  Expect them to still run plenty of ball-screen continuity offense, including action where they set up their shooters off flare screens.  They’re also running more straightforward ball screens than in years past, with 5-9 point guard Kihei Clark (10.0 ppg) usually the main recipient.  Clark leads the Cavaliers in three-point shooting (37.9 pct.) and assists (5.1), making him a tricky player to anticipate.  Virginia also has preseason first-team All-ACC senior Mamadi Diakite (13.1 ppg), an athletic, 6-9 four-man with finesse from the midrange, and 6-8 senior Braxton Key (10.4 ppg, 7.2 rpg), a versatile inside-outside threat.

With a three-game losing streak looming, expect Virginia to play with urgency from the opening tip.  Bear in mind, though, that the Cavaliers have only played two games against opponents that rank in the top 50 nationally in defensive efficiency – and lost them both.  Georgia Tech ranks 28th.

One other note:  Josh Pastner told me Virginia may be the best screening team in the ACC, capable of setting cinderblock picks that can detach defenders from their men.  Can the Yellow Jackets do a better job blasting through screens than they did versus Notre Dame?  And can they be “gap sound” in their zone and not get sucked in when Virginia plays through the high post?

You may have missed it, but Georgia Tech comes in to Saturday’s game in a perfect state of equilibrium.

When a team struggles on offense, coaches often fear that it can cause a slow leak of willpower on defense (Pastner made this very point last year).

Hold your surprise – that hasn’t been the case with Virginia.  Thanks to their enervating Pack Line defense, the Cavaliers rank second in the nation in defensive efficiency, allowing 0.82 points per possession.  That number actually drops to 0.78 in ACC games.

As its name suggests, the Cavaliers want to “pack” the lane and play in gaps.  The Cavaliers “dig” hard, meaning the ball-side help defender takes a step into a driving lane to ward off penetration before recovering to his man.  They also hedge hard on screens, which can atrophy possessions and force east-west passes.  Georgia Tech’s guards will need to ward off the high pressure from Virginia’s guards and be “ball tough” when they get inside the lane.  Tech’s front line will also have to beware the liberal double-teams that Virginia likes to throw at the post.

Virginia has frustrated Tech (and many other opponents) with its ability to get back in transition.  Notre Dame did much of the same Wednesday.  If fast-break opportunities aren’t plentiful Saturday, can Georgia Tech find a workaround getting high-percentage shots on the offensive glass?  The Jackets only had a 17.9-percent offensive rebounding percentage against Notre Dame, their second-worst mark of the season.

Virginia head coach Tony Bennett began his college coaching career as a volunteer assistant for his Dad, Dick, at Wisconsin in 1999-00.  Among the players he coached on that first team?  Georgia Tech assistant Julian Swartz.

Now that we’re prepared, we hope you are as well.  Join us for pregame coverage starting at 7:30 p.m. ET on the Georgia Tech Sports Network from Learfield IMG College, as well as our TuneIn and Georgia Tech Gameday apps.  See you at McCamish.