THE FLATS – Jared Ivey (Suwanee, Ga./North Gwinnett) and Khatavian Franks (Fairburn, Ga./Creekside), who signed National Letters of Intent last Wednesday to attend and play football at Georgia Tech, have been named the 2019 Georgia High School 7-A and 6-A State Players of the Year, respectively, by Recruit Georgia. Ivey and Franks highlight 10 Georgia Tech signees that earned all-state recognition from Recruit Georgia. 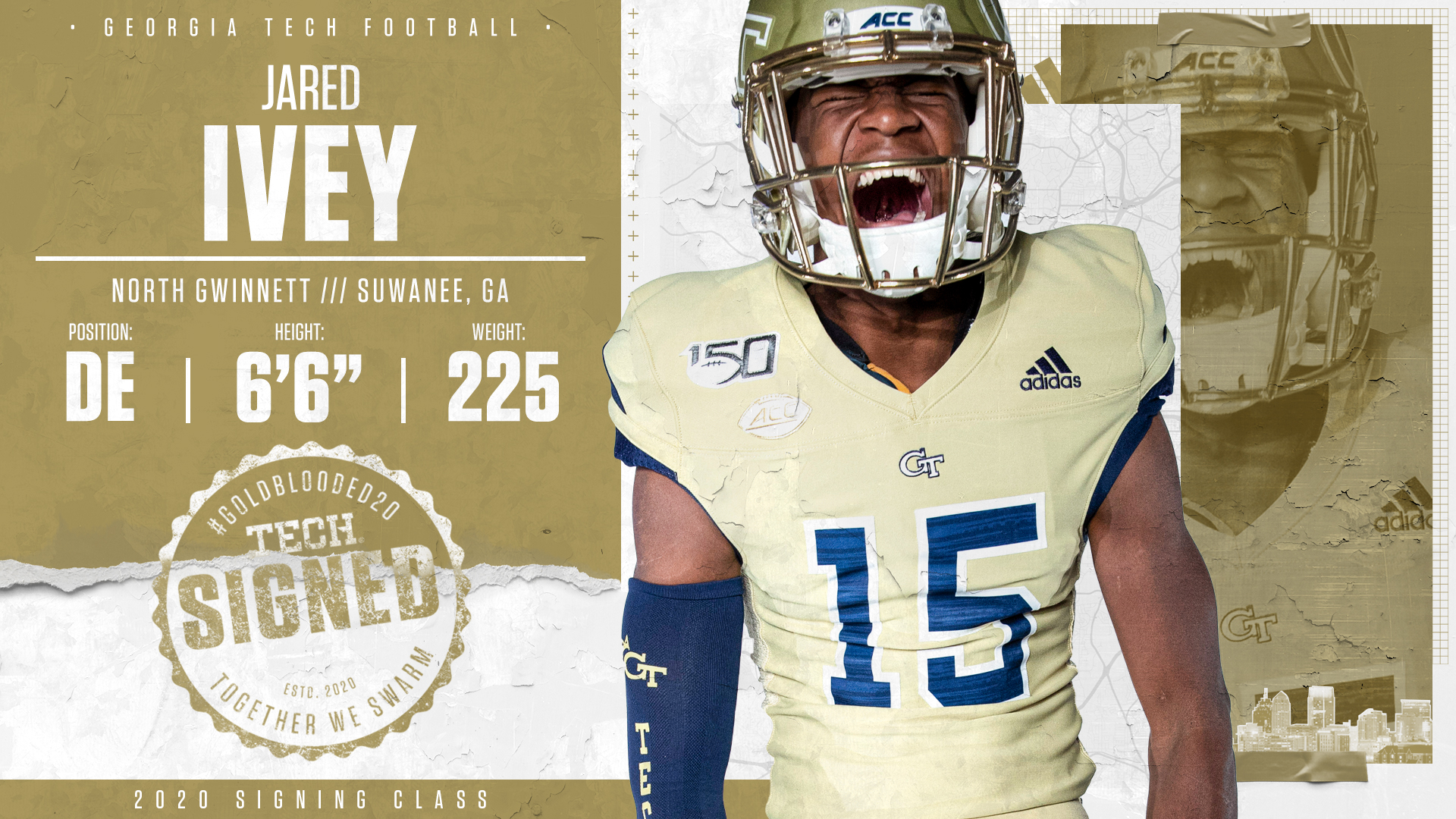 A defensive end, Ivey tallied 153 tackles and 29 sacks during his prep career at nearby North Gwinnett H.S., including 80 tackles, 20 sacks and 15 quarterback hurries as a senior in 2019. A four-star prospect, he was tabbed as the No. 15-ranked weakside defensive end in the nation and the No. 33-ranked player in the state of Georgia by 247Sports. 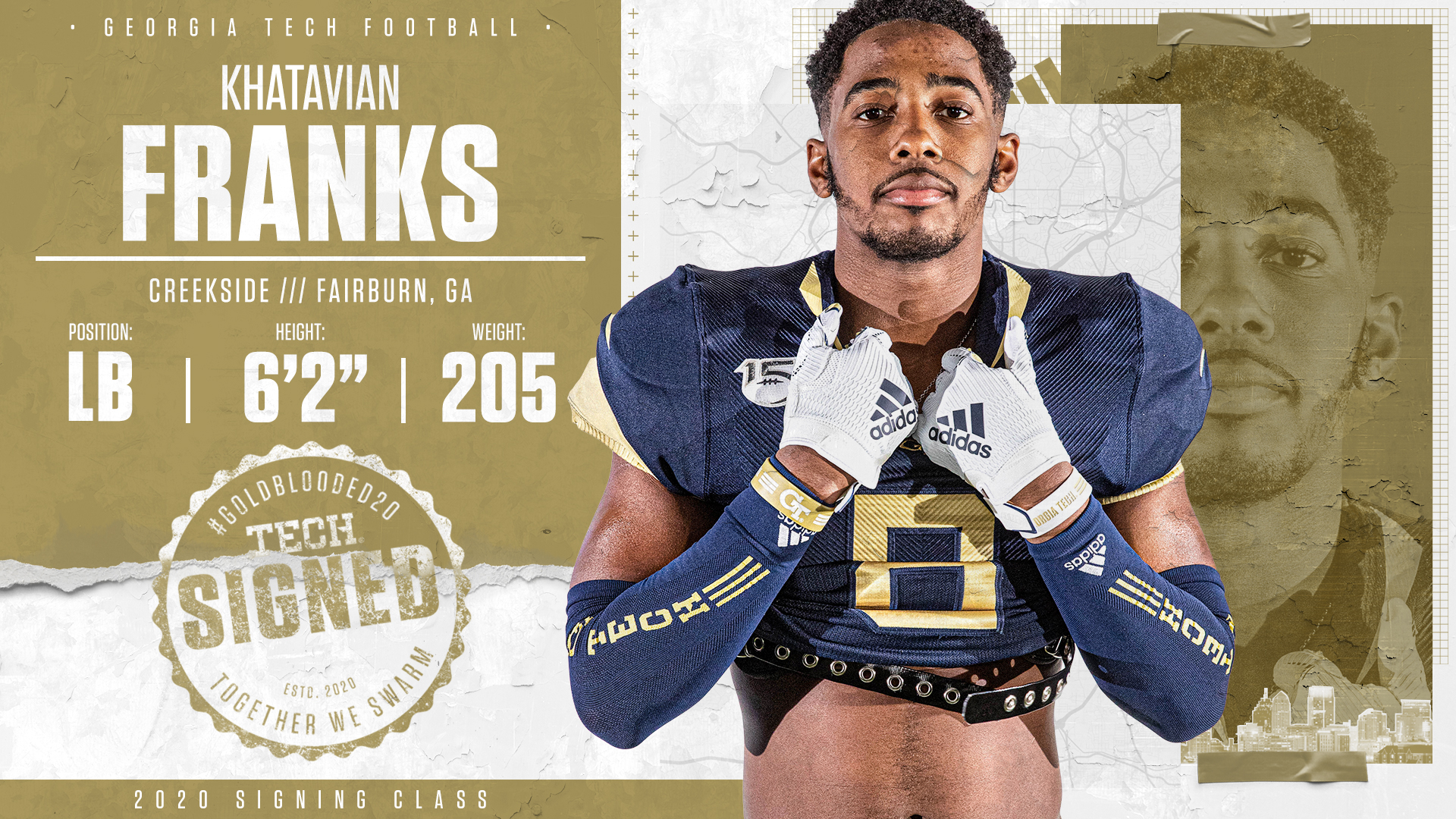 Franks recorded 158 tackles, 21 tackles for loss and 18 sacks from his outside linebacker position as a senior at Creekside H.S., giving him a whopping 275 tackles, 28 tackles for loss and 22 sacks for his high school career. He was named the 2019 Region 5-AAAAAA co-Player of the Year and is ranked as the No. 59 OLB in the nation and No. 75 overall player in the state of Georgia by ESPN.