THE FLATS – Georgia Tech baseball redshirt senior Jonathan Hughes became the third Yellow Jacket to join the professional ranks this summer as the right-handed pitcher signed with the Philadelphia Phillies as an undrafted free agent. 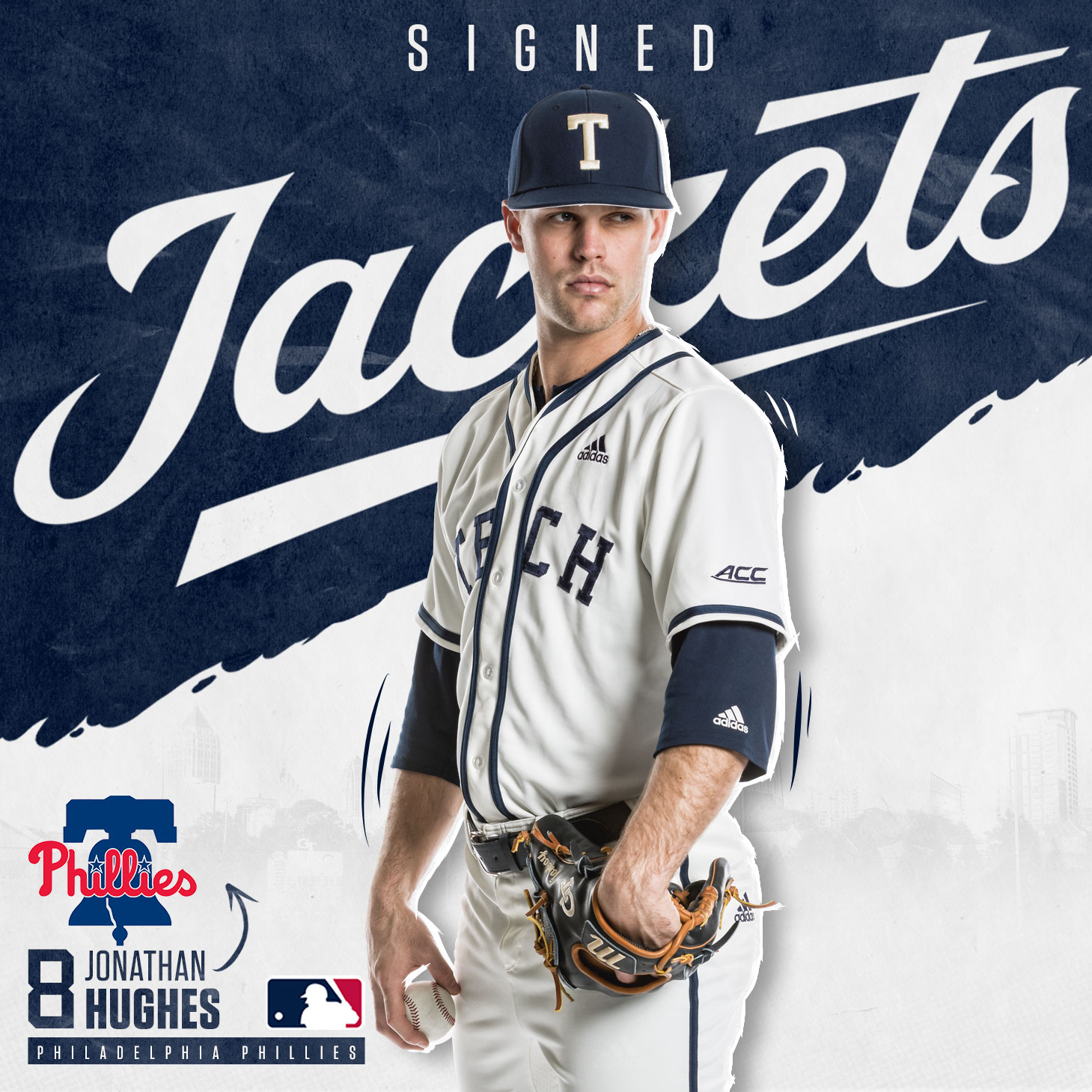 Hughes was Tech’s Friday night starter, making four starts over the shortened 2020 season. He worked to a 2-1 record and a 4.15 ERA in a team-best 21.2 innings of work, allowing just 10 earned runs and punching out 20 batters while walking only six. He also held opponents to a .221 batting average for the year. The Flowery Branch, Ga. native wound up saving his best for last against the ACC as he went a career-long 7.0 innings, allowing just one earned run and one walk as he struck out a career-high nine on 86 pitches in a 2-1 win over Virginia Tech.

For his career, Hughes appeared in 57 games, starting 18. He worked to a 15 career victories, including an impressive 11-3 mark over his final two seasons. In 142.1 innings of work, he allowed just 74 earned runs and dealt 113 strikeouts, holding opponents to a .271 average overall. After five seasons in the White and Gold, Hughes finishes with a 4.68 ERA.

Hughes will join fellow Yellow Jacket Baron Radcliff, who was drafted by the Phillies in the fifth round of the 2020 MLB Draft.