Athens, Ga.  – Georgia Tech junior Camryn Hidalgo qualified for the NCAA Championships for the second-straight day on Tuesday, qualifying on the 3-meter board at the Zone B Championships in Athens, Ga.

Competing on the 3-meter, Hidalgo earned a spot in the final with a preliminary score of 288.75, to finish 12th. In the final she placed eighth with a score of 613.65 to qualify for NCAAs in her second event, after qualifying on the 1-meter on Monday.

Also competing in the women’s 3-meter was freshman Carmen Woodruff, who finished her prelim with a score of 212.45.

In the men’s 1-meter, freshman Ruben Lechuga finished just shy of the final with a score of 271.30.

Georgia Tech returns to the boards again tomorrow for the men’s and women’s platform, beginning at 10 a.m. 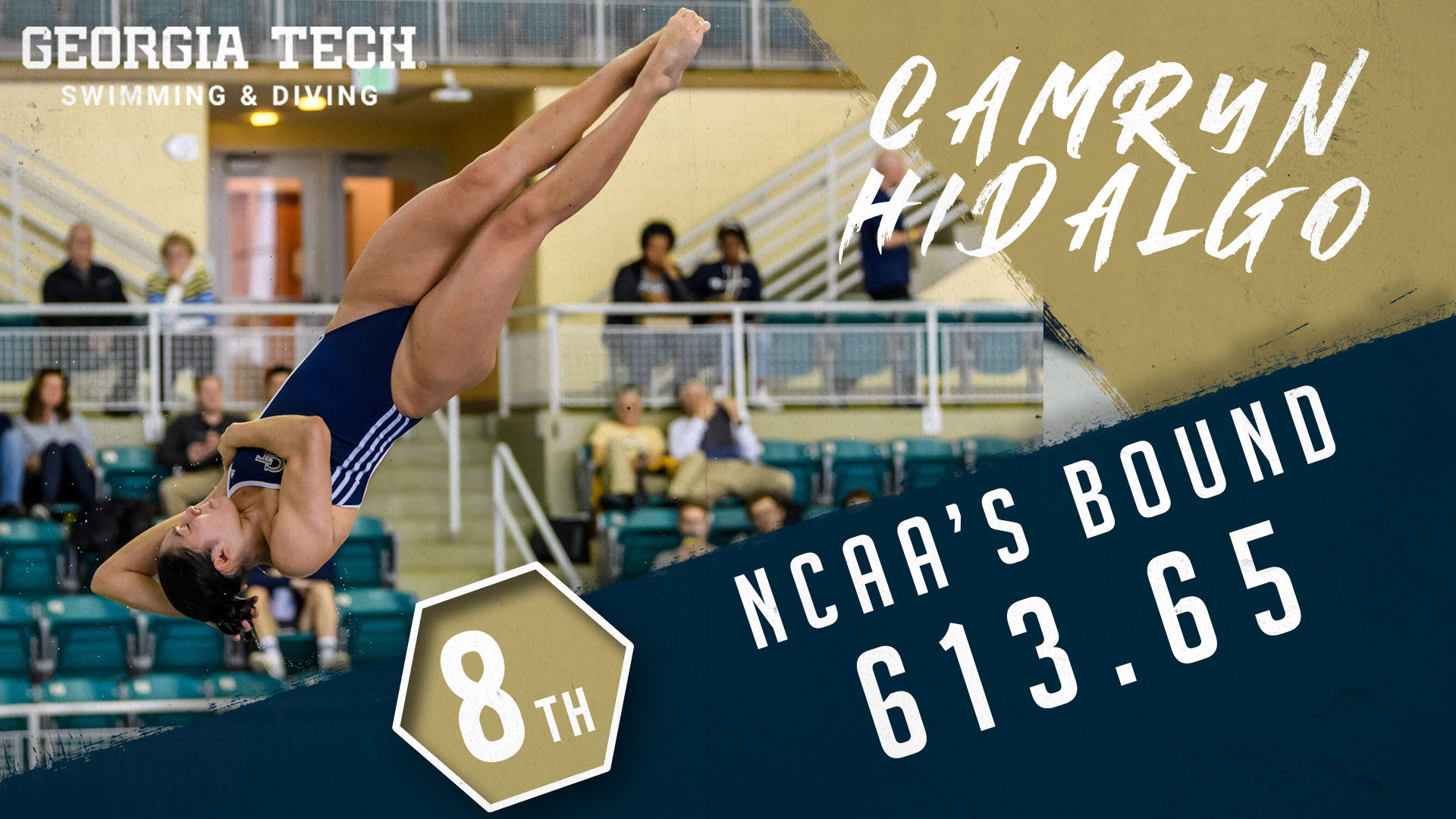