For the fifth time in the last eight seasons, Tech faces Northwestern in the ACC/Big Ten Challenge on Nov. 28. The two programs met last year, with Tech taking a 52-51 victory at McCamish. The series between the Panthers and the Jackets is tied 2-2. This is the seventh in a series of previews of the Yellow Jackets’ non-conference opponents.

Losing more than half of its starting lineup from last season, the Wildcats will have to fill an offensive void. Head coach Chris Collins adds six newcomers to the roster, but looks to returning senior Vic Law for leadership. Northwestern starts off its 2018-19 slate facing off against New Orleans, American and Binghamton.

After two consecutive 20-plus-win seasons, the Wildcats posted a 15-17 overall record last year. Northwestern took on four top-25 ranked teams last season and secured one win against No. 20 Michigan, 61-52. Scottie Lindsey led the team in scoring, averaging 15.2 points per game and Dererk Pardon led in rebounding with 7.1 boards per game. 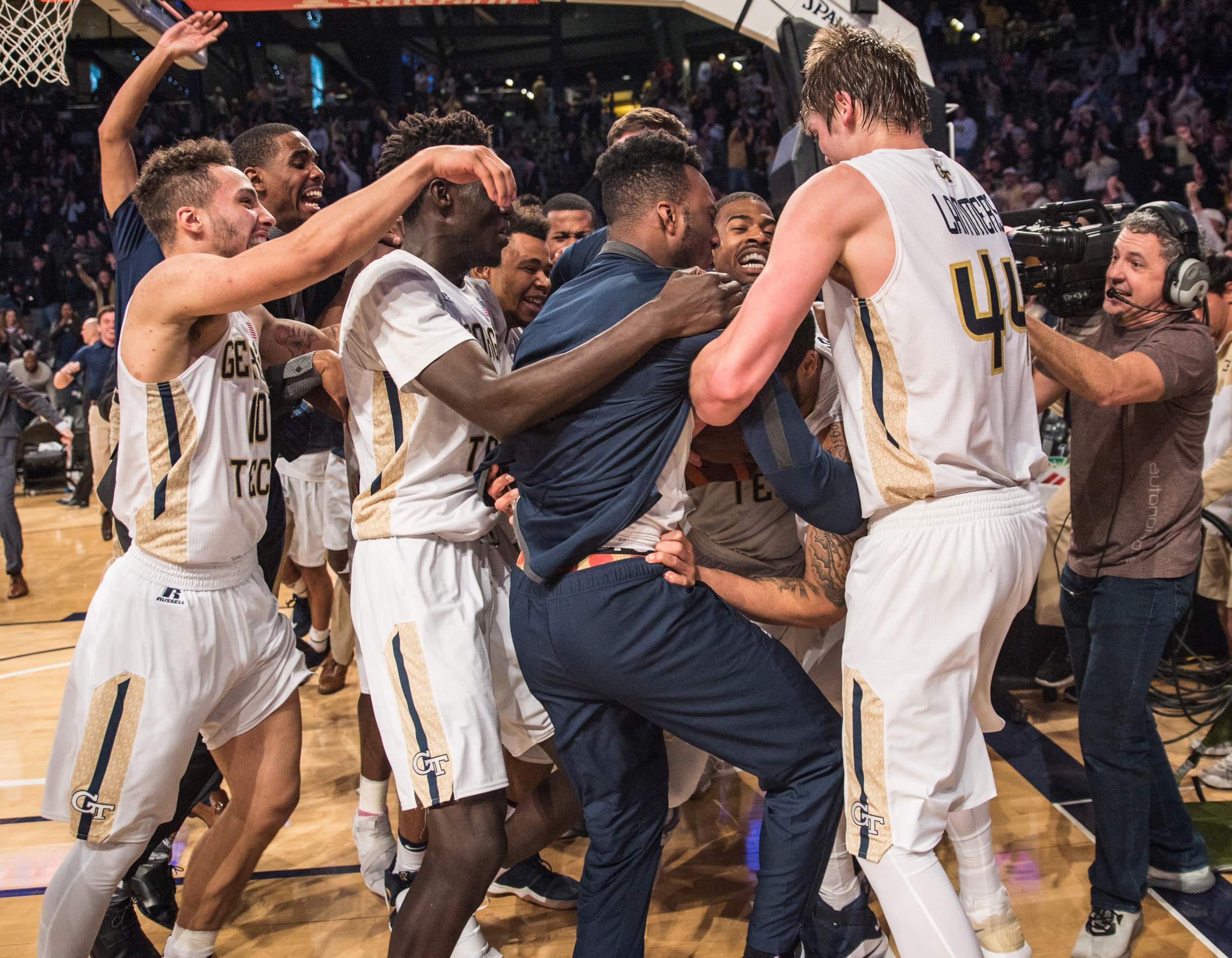 Tadric Jackson’s driving layup at the final buzzer lifted the Yellow Jackets to a 52-51 victory over the Wildcats last season at McCamish Pavilion.

In 2017, Northwestern had one of the best seasons in program history. The Wildcats earned their first-ever bid to the NCAA Tournament, while finishing 24-12 overall with a 10-8 mark in conference play. The Wildcats set a school record for wins and tied their best Big Ten finish of fifth place. Northwestern had a historic run in the Big Ten tournament, making their first semifinals appearance since joining the conference. The Wildcats defeated Rutgers and No. 25 Maryland, but eventually fell to No. 24 Wisconsin 76-48. Despite the loss, Northwestern received an at-large bid to the Big Dance as an eighth seed. In the first round, the Wildcats slid past ninth-seeded Vanderbilt, 68-66 to advance to the round of 32 where they lost to No. 1 Gonzaga 79-73.

One of the most notable players in Northwestern program history is Evan Eschmeyer. He played at center for the Wildcats from 1995-99 and is fourth on the all-time scoring list with 1,805 career points. The center led Northwestern in scoring, rebounding and field goal percentage his senior season, which earned him All-American status. He also led NU to the NIT his senior year.  Eschmeyer is the most recent Wildcat to be drafted, selected in the second round of the 1999 NBA Draft by the New Jersey Nets.

Evanston, Ill., is near the heart of Chicago, giving visitors several things to do near Northwestern’s campus. About 20 minutes south of NU is Millennium Park, a popular tourist spot that serves as a modern town square. The park consists of state-of-the-art architecture, landscape design and art. One of the most famous public sculptures in the park is “Cloud Gate,” better known as the Bean. The silver reflective Bean unveiled the opening of Millennium Park in 2004.