The Yellow Jackets host in-state rival Georgia on Dec. 22 at McCamish Pavilion to close out their pre-holiday schedule. Tech leads the all-time series 105-89 and holds a 69-33 record in Atlanta. The Bulldogs captured an 80-59 win last season in Athens. This is the 11th in a series of previews of the Yellow Jackets’ non-conference opponents.

Under new head coach Tom Crean, the Bulldogs look to become a force in the SEC this season after adding five newcomers to the roster and returning 11 letterwinners. Georgia will be put to the task offensively, having lost their leading scorer Yante Maten (19.3 ppg). It’s non-conference schedule consists of 10 teams who reached the NCAA Tournament last year. The Bulldogs’ season officially begins Nov. 9 when they play host to Savannah State.

Georgia ended its season 18-15 overall and 7-11 in conference play to grab the 12th seed in the SEC Tournament. In the opening round, the Bulldogs dominated Vanderbilt 78-62 and moved on to upset fifth-seeded Missouri, 62-60. Georgia’s run was cut short by fourth-seeded Kentucky as the Dawgs fell to the Wildcats, 62-49. 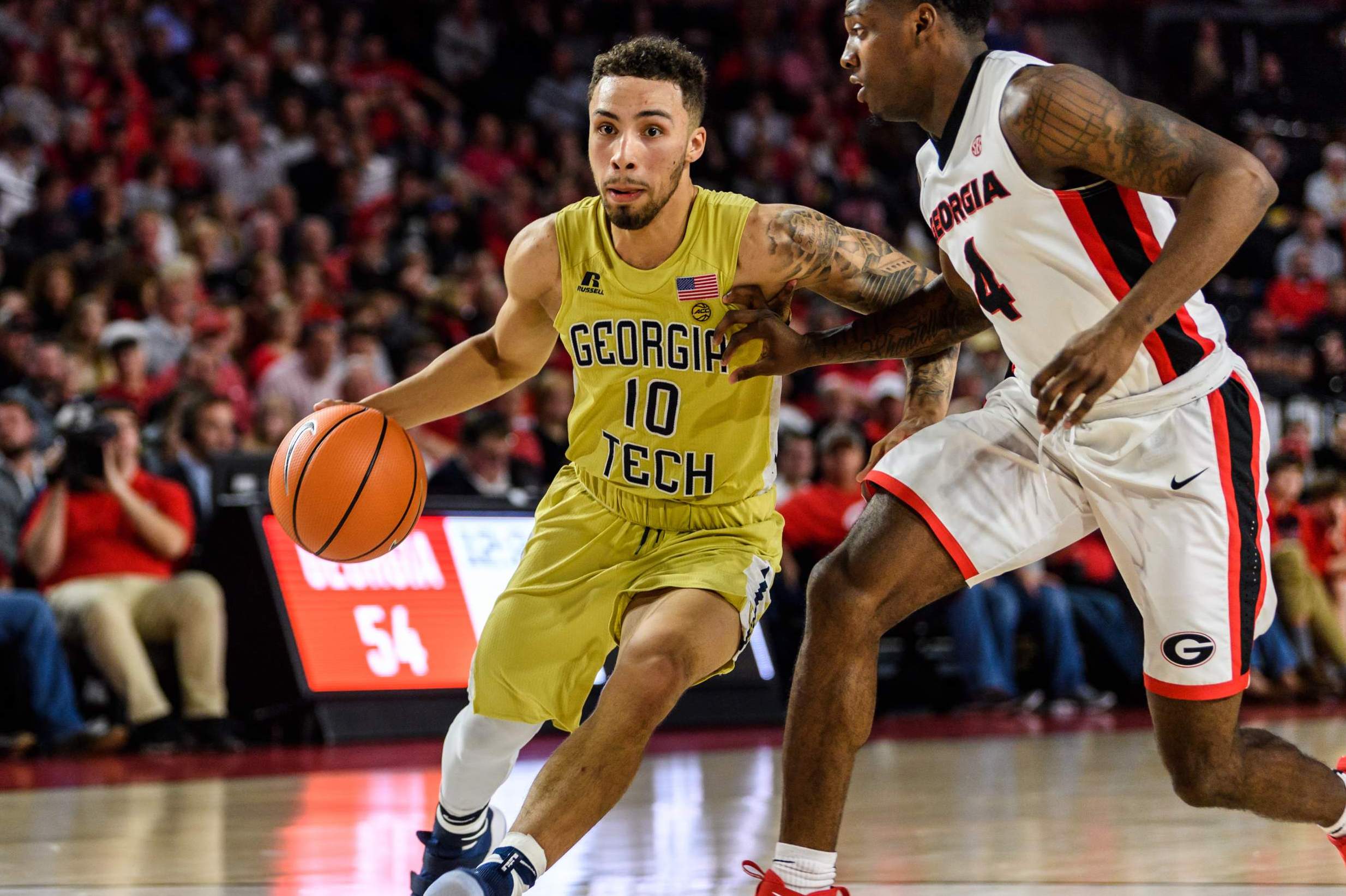 In 1983, Georgia reached the NCAA Tournament Final Four for the only time in program history. The Bulldogs were the No. 4 overall seed and took down No. 5 Virginia Commonwealth, 56-54 in the first round. In the Sweet Sixteen, the Bulldogs defeated No. 1 St. John’s, 70-67 and moved on to face UNC in the Elite Eight, sliding past the Tar Heels, 82-77. Georgia’s ride ended in the Final Four as NC State grabbed a 67-60 victory over the Bulldogs.
Greatest player in program history

Dominique Wilkins is one of the greatest products to come out of Georgia men’s basketball. Wilkins played for the Bulldogs from 1979-82, picking up second- and third-team All-American honors, and was named 1981 SEC Player of the Year. He was selected third overall in the 1982 NBA Draft by the Utah Jazz, but was traded to the Atlanta Hawks. During his 16 seasons in the league, Wilkins averaged 24.8 ppg, 6.7 rpg and 2.5 apg. The small forward was a nine-time NBA All-Star and an NBA scoring champion, and his No. 21 was retired by the Atlanta Hawks. In 2006, he was inducted into the Naismith Memorial Basketball Hall of Fame and later was inducted into the College Basketball Hall of Fame (2016).

About five minutes from the University of Georgia is the State Botanical Garden of Georgia. The garden is utilized by UGA as a horticulture laboratory and is open to the public. Visitors can explore a stunning range of collections, displays and trails. There are several gardens with guided tours available throughout the year, no matter the season.