In the season opener for both teams, the Yellow Jackets rallied from a 15-point deficit late in the first half behind a solid offensive effort in which Tech shot 60 percent from the floor after intermission, and a stout defensive stand that limited the Wolfpack to 36.4 percent in the second half and 1-for-4 in the extra period.

Tech never led in regulation, and remained behind until Banks’ basket tied the game for the first time at 48-48 with 13:35 left. Tech tied the game five more times before the end of the second period, the last coming on another Banks field goal with 1:37 left, making the score 75-all.

In overtime, the lead changed four times in addition to two more ties. Freshman Asanti Price gave Tech its first lead at 78-75 with a three-point basket, his only field goal of the game, on the Jackets’ first possession. Braxton Beverly hit a pair of free throws and a jumper in the paint to posh the Wolfpack ahead 79-78, with 2:07 left.

Michael Devoe, who tied his career high with 22 points, put Tech back on top with a jumper 17 seconds later before C.J. Bryce hit a pair of free throws to give NC State its last lead at 81-80 with 35 seconds remaining. Bryce led the Wolfpack with 24 points.

Alvarado turned the ball over on the next possession, but the Wolfpack did likewise, giving Tech another chance. Alvarado missed a three-pointer, Khalid Moore got the rebound and fed Banks, who got fouled trying to score. He calmly made the two free throws with 2.1 seconds left. Beverly’s halfcourt heave at the buzzer was off the mark.

Four other Wolfpackers also reached double figures in the game, with Jericole Hellems scoring 15, Pat Andree and Devon Daniels chipping in 12 each and Beverly adding 11.

Tech returns to action Monday, Nov. 11, hosting Elon for its home opener at McCamish Pavilion. Tipoff is at 7:30 p.m., and the game will be streamed live online via ACC Network Extra. 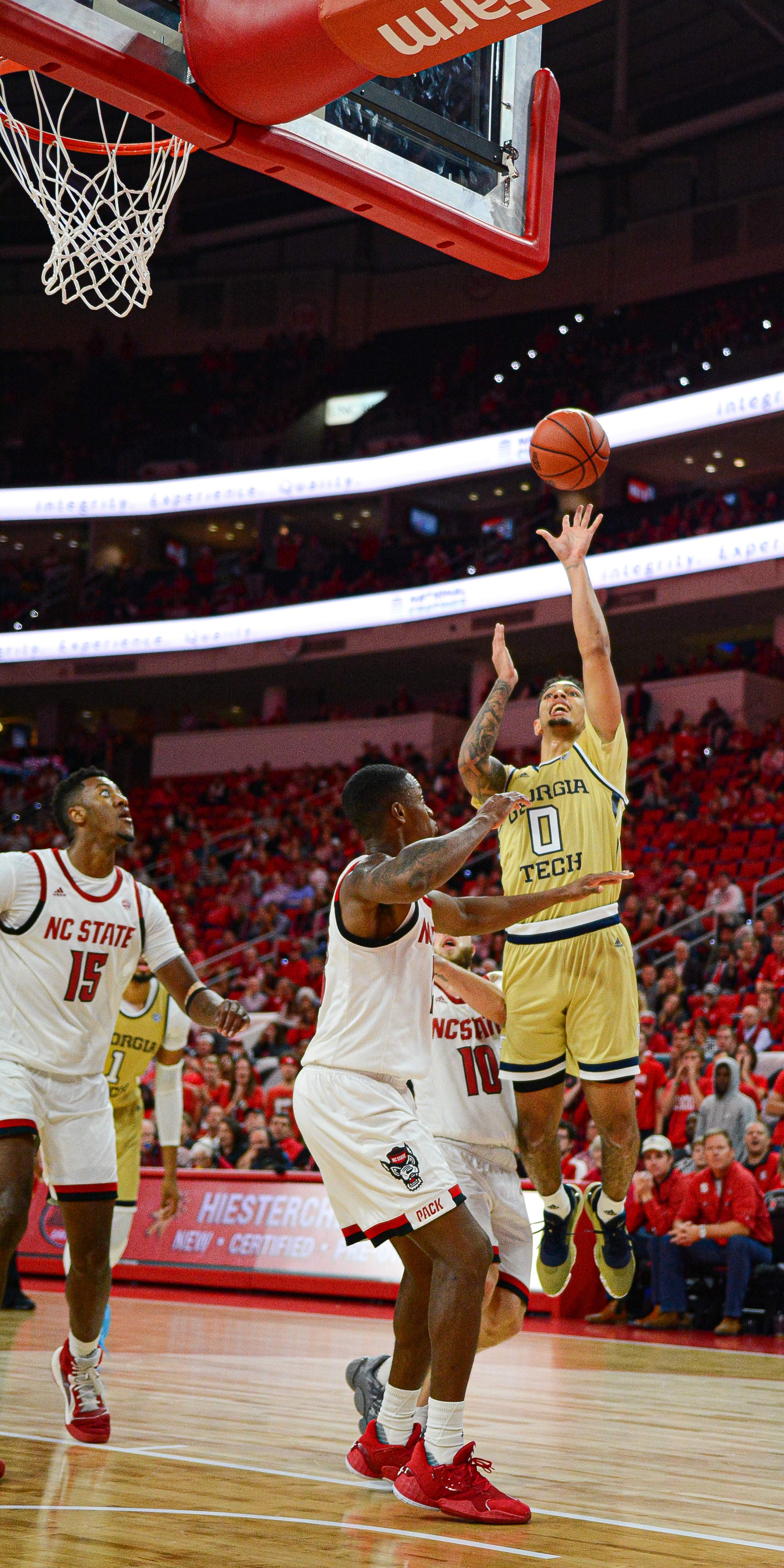 Michael Devoe tied his career high in points with 22 against the Wolfpack. (photo by David Tracey) 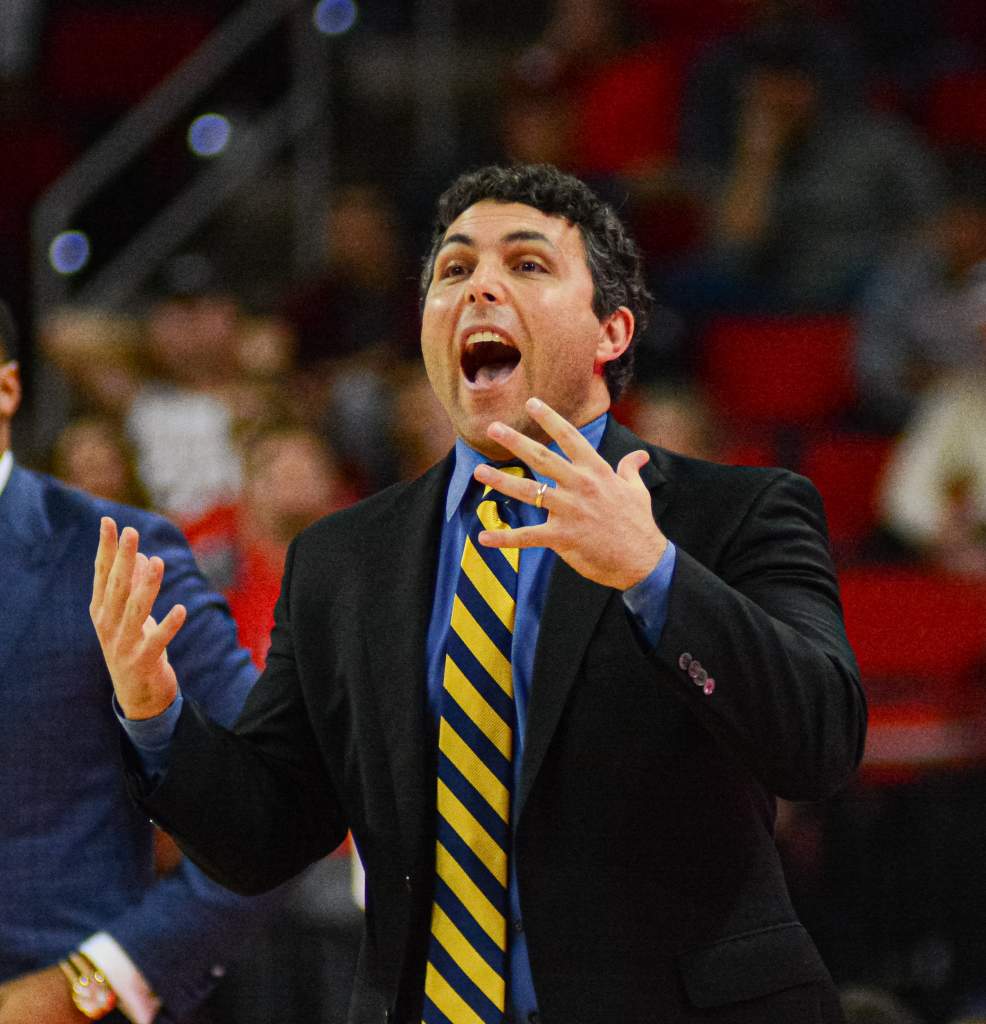 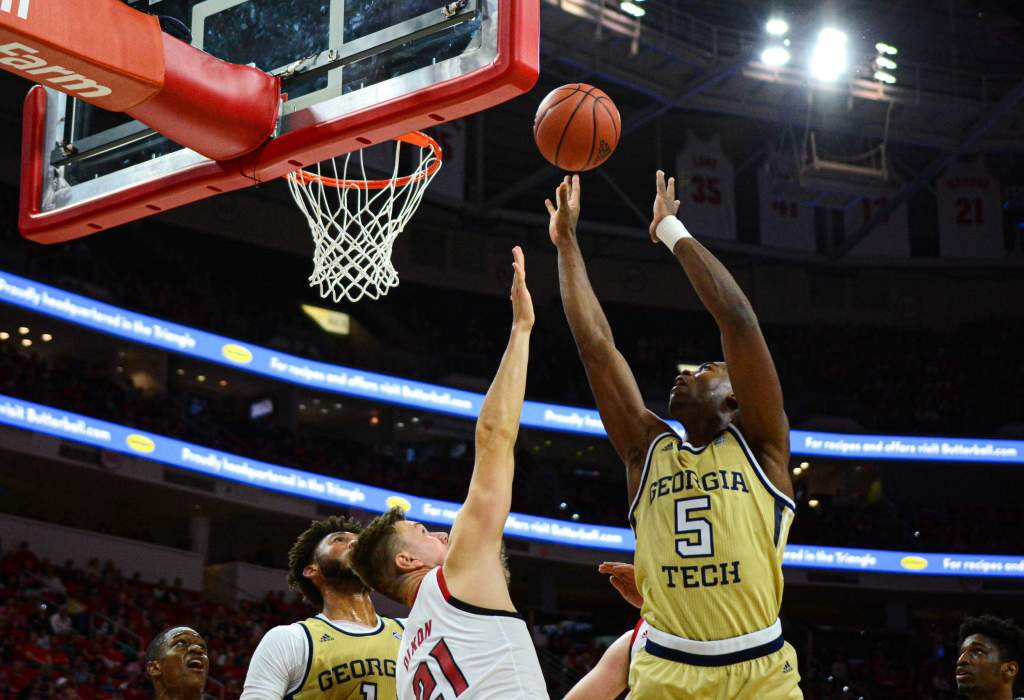 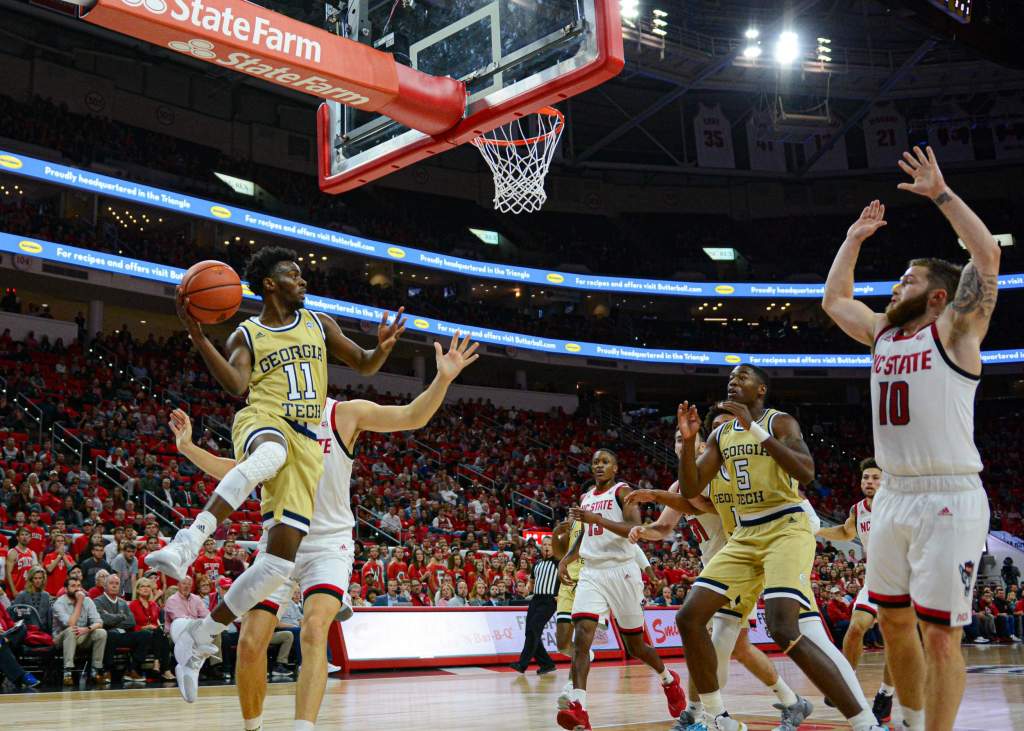 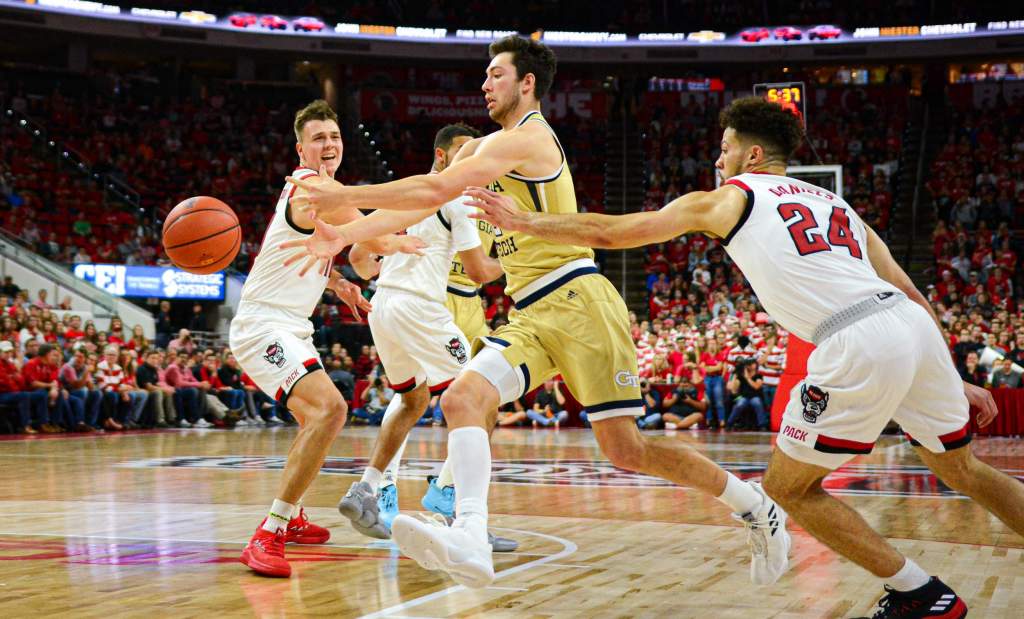 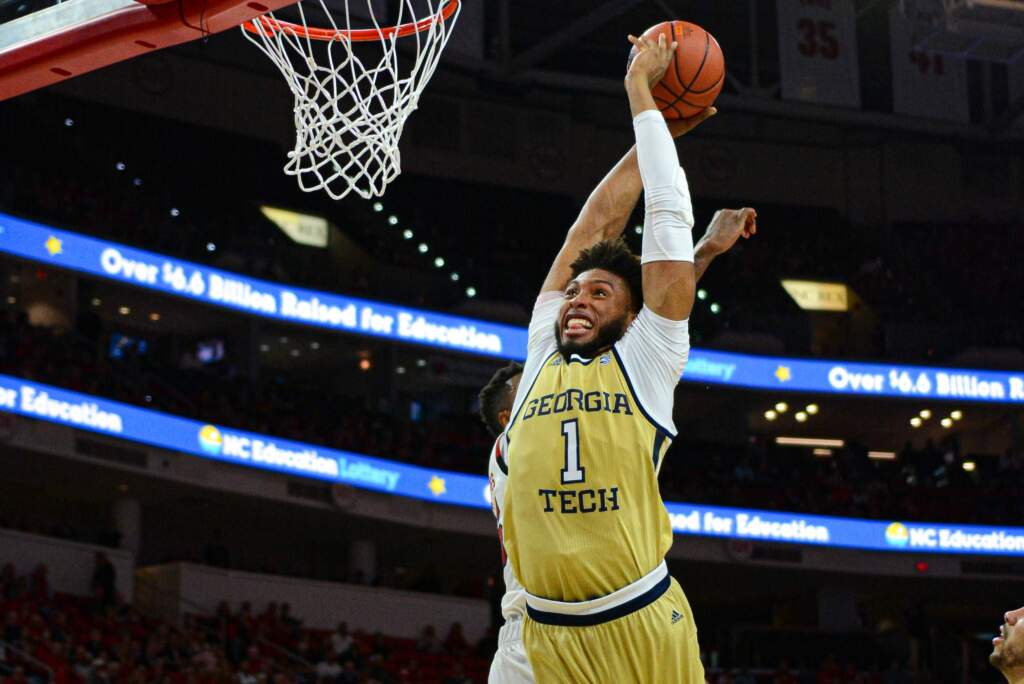 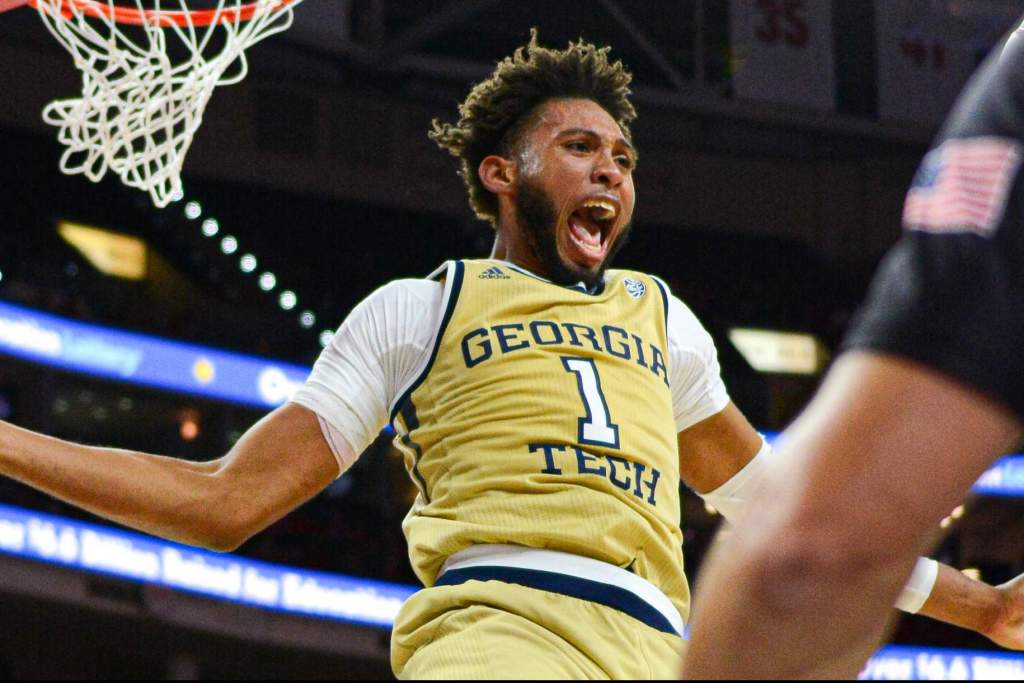 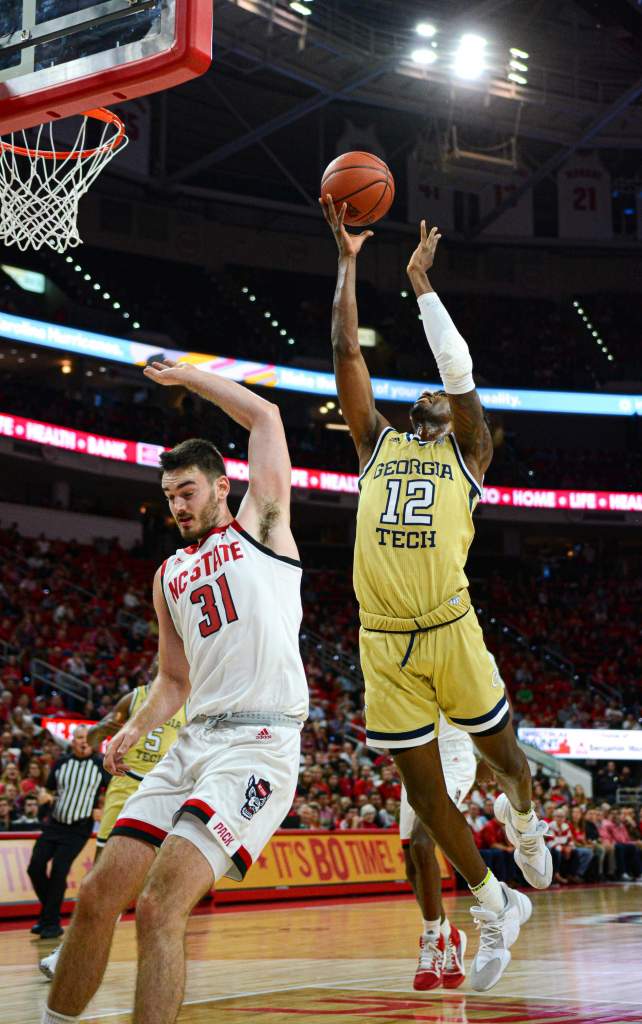 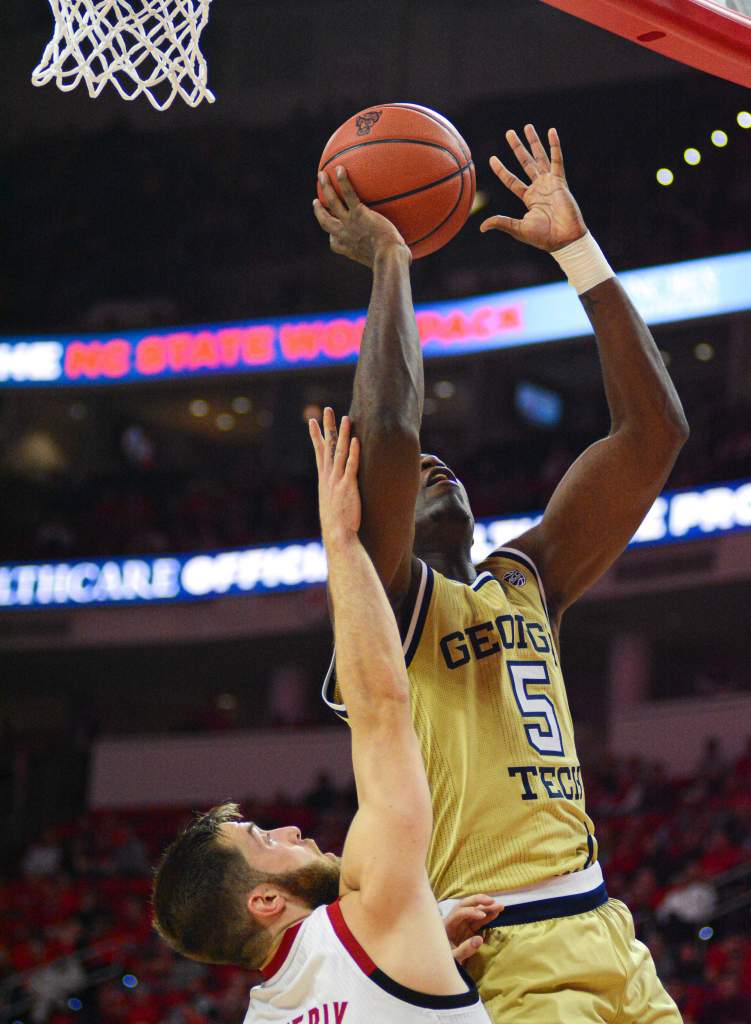 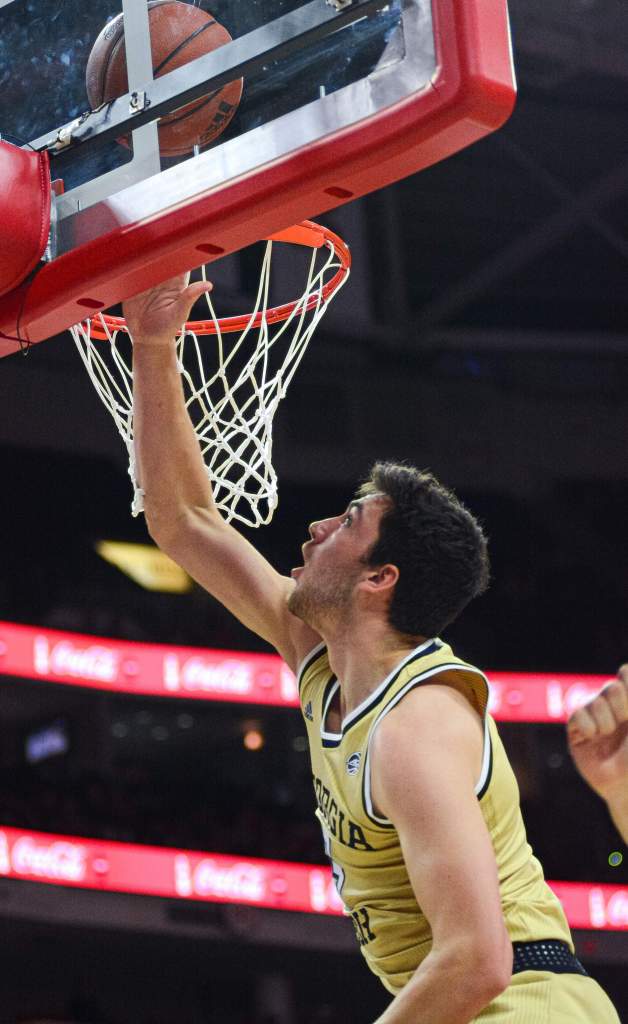 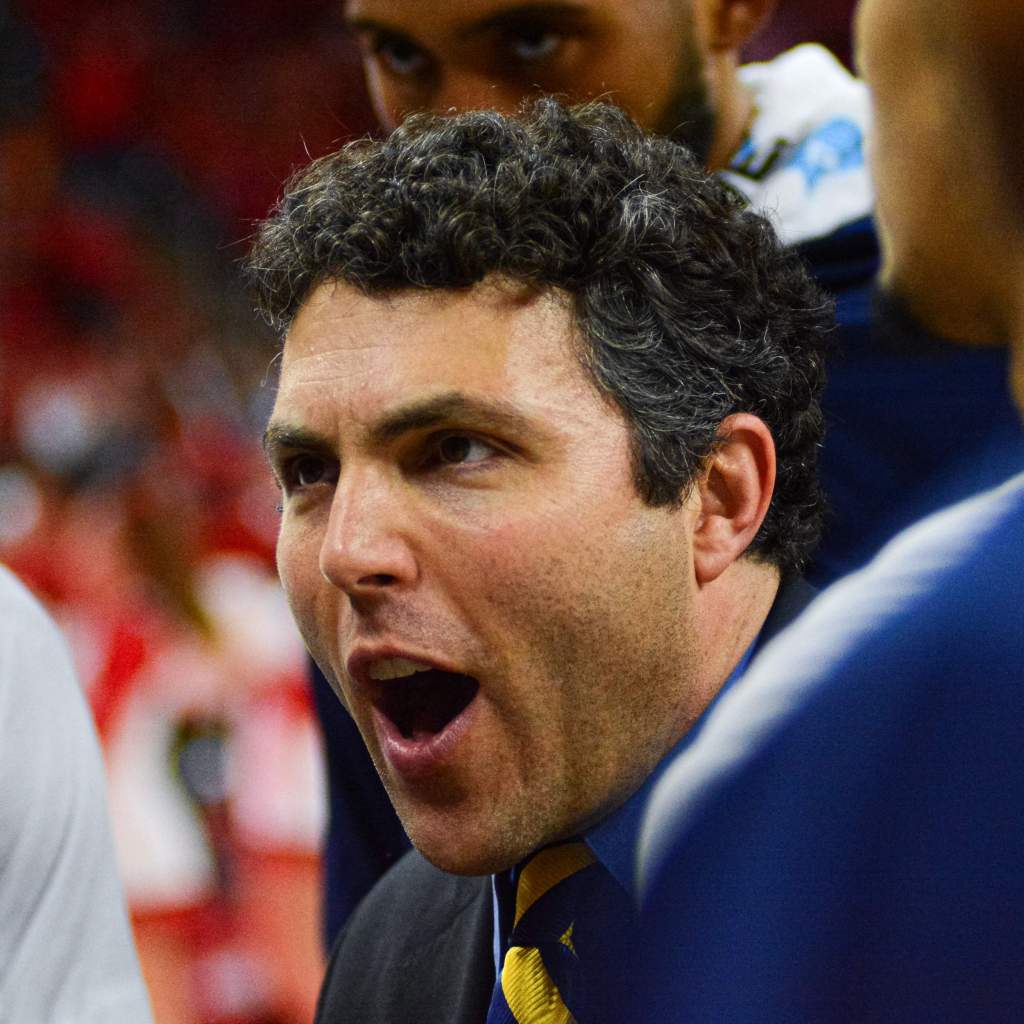 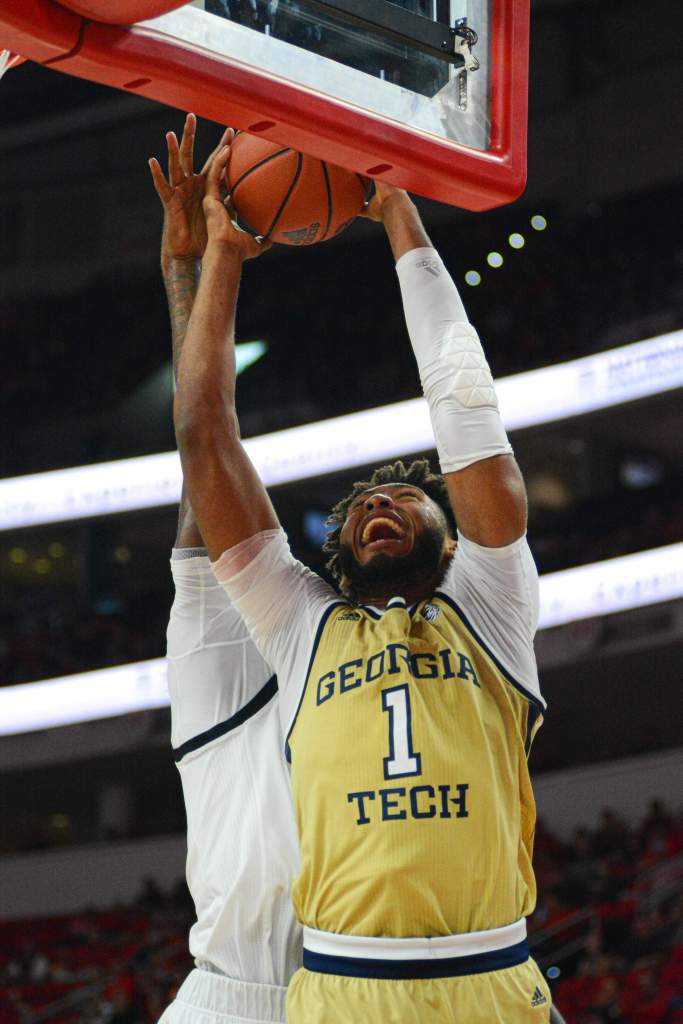 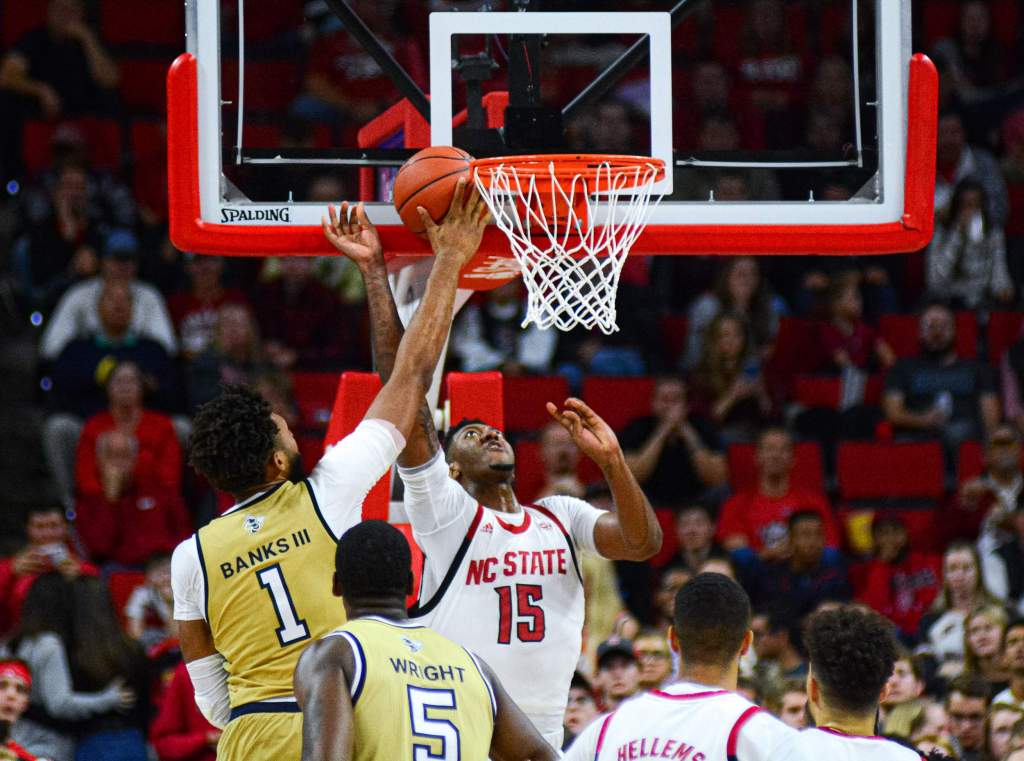 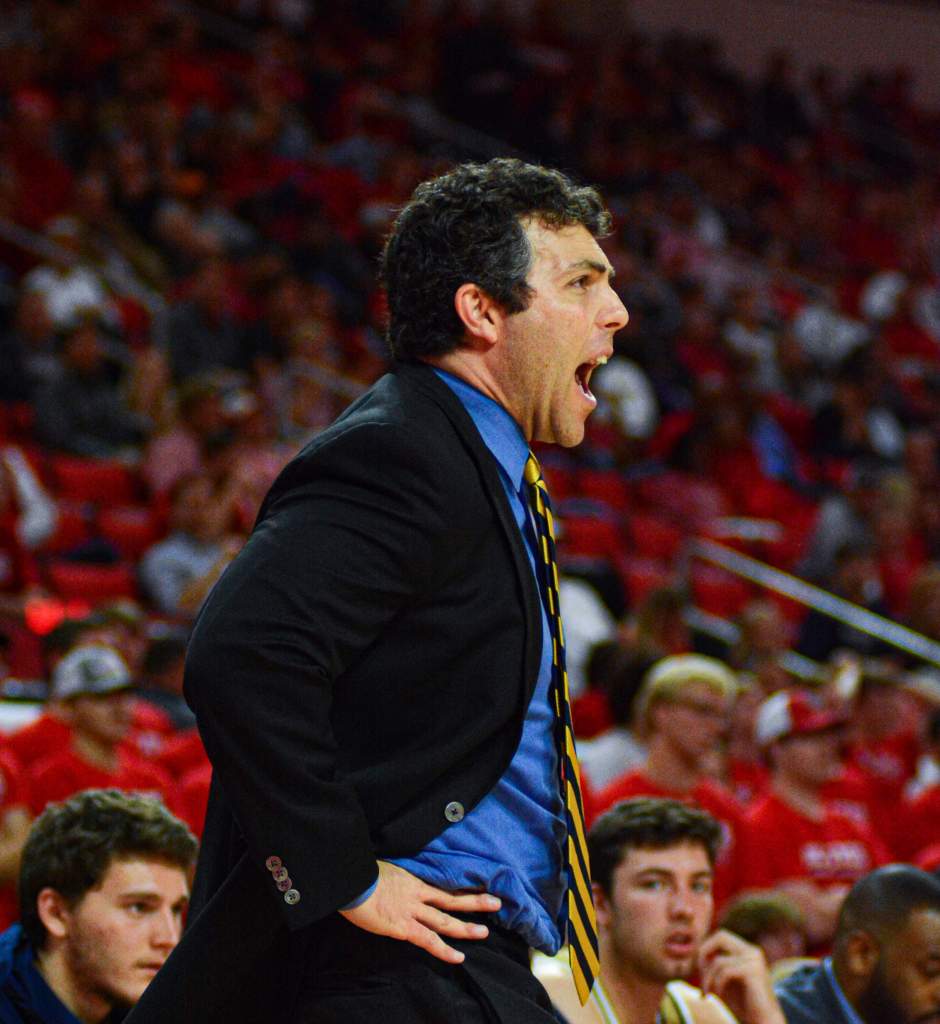 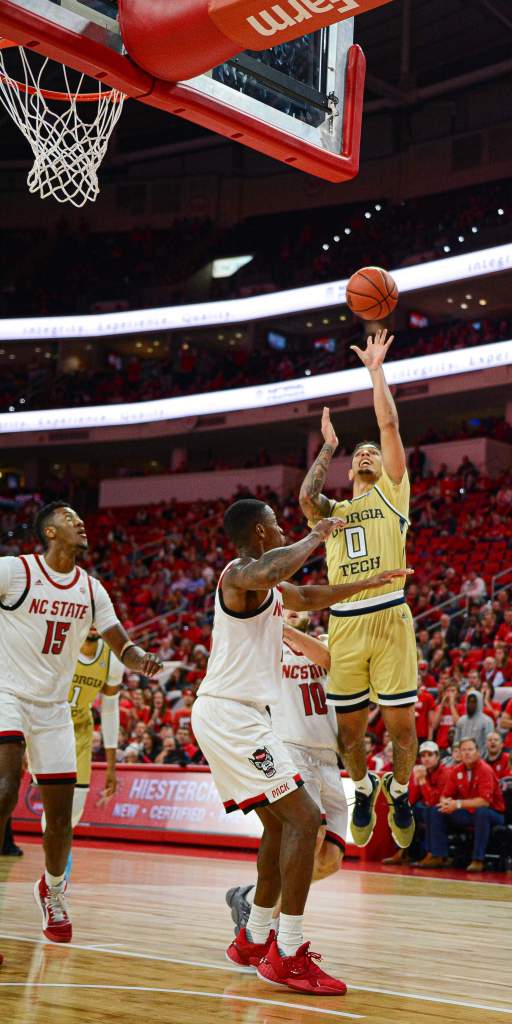 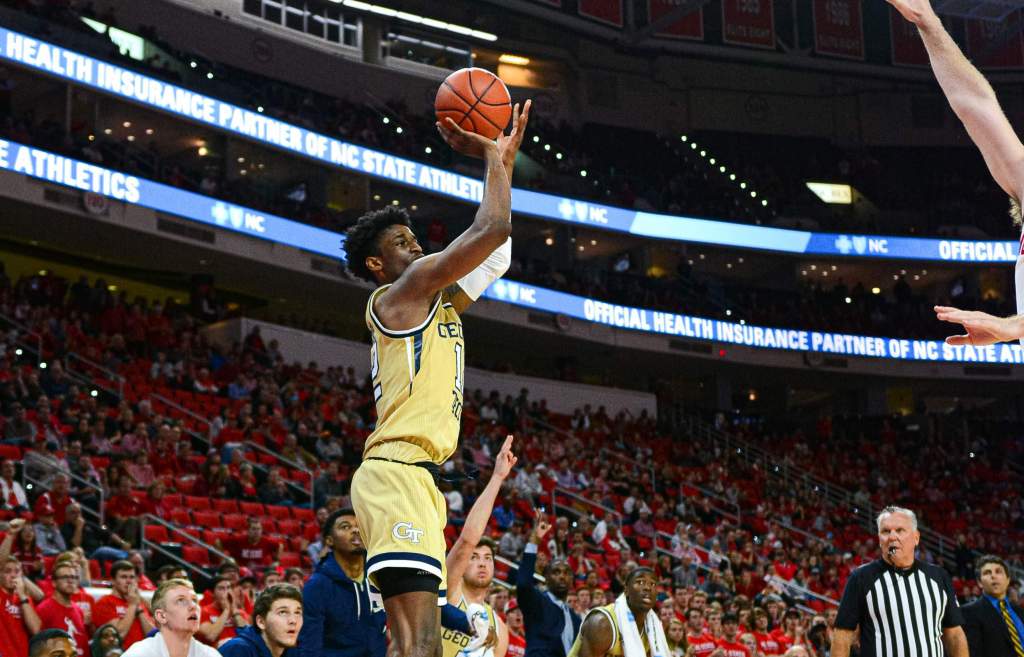 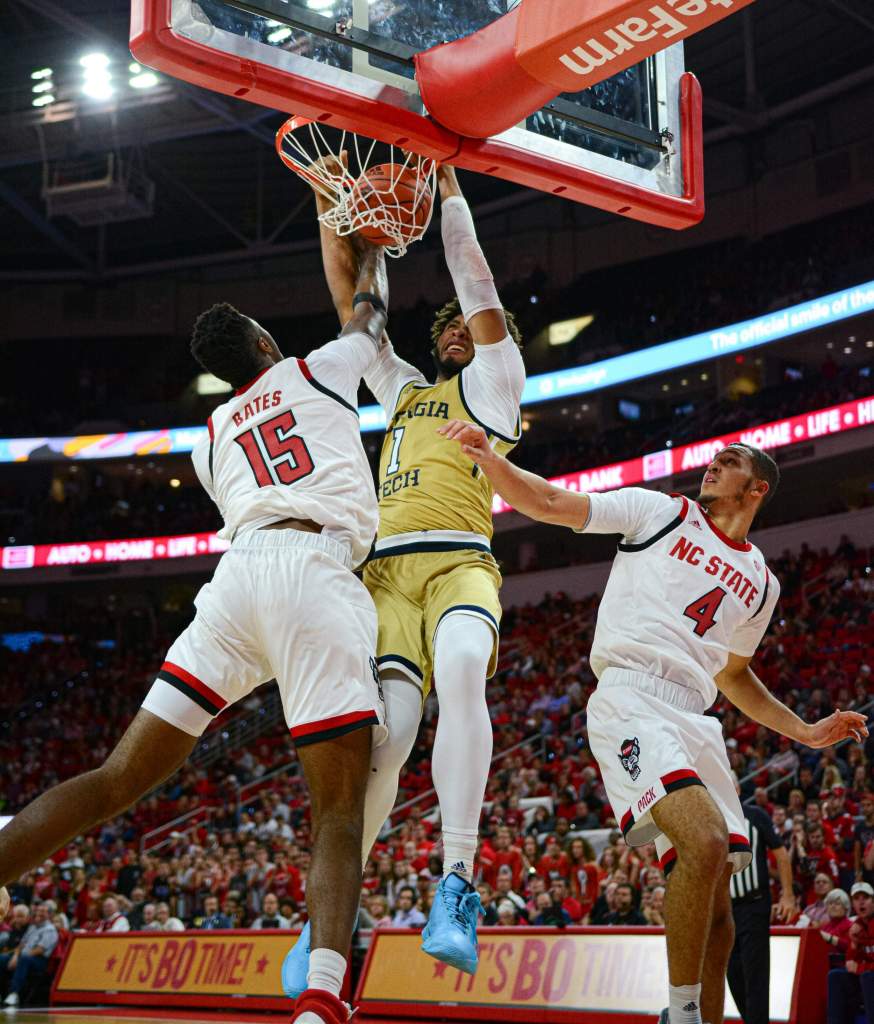 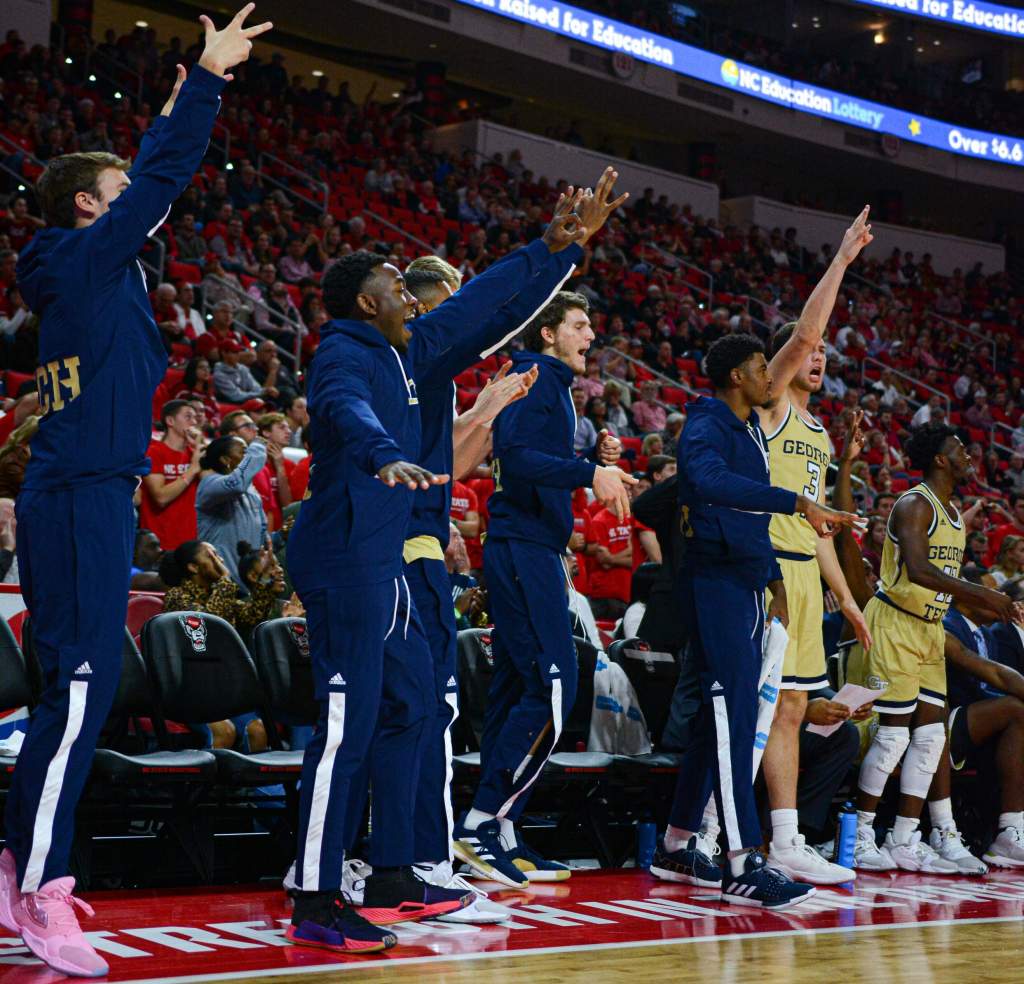 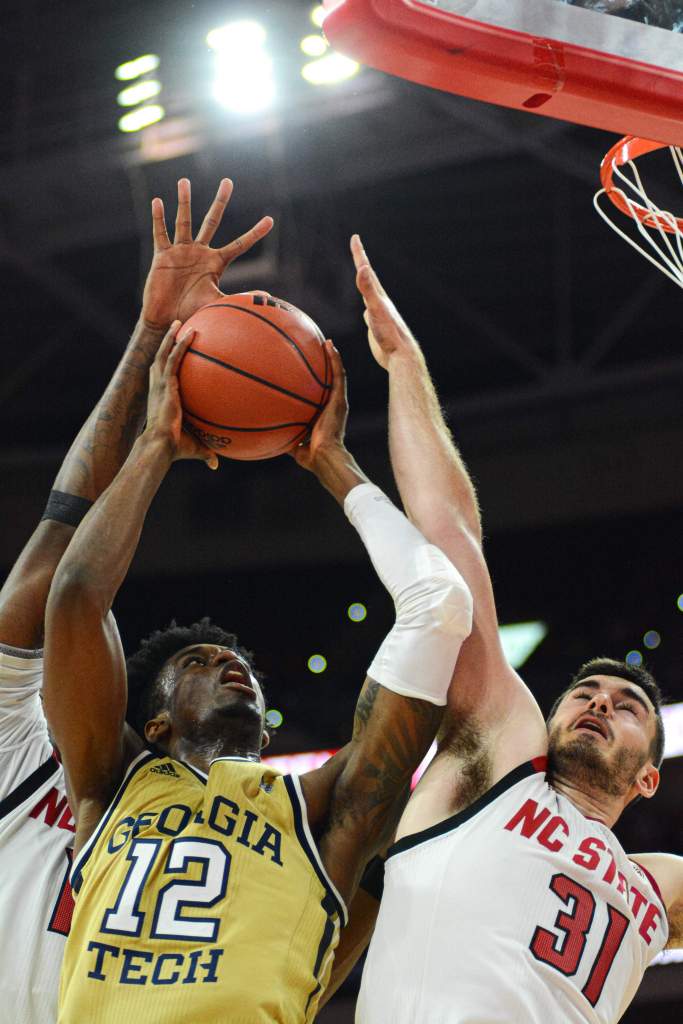 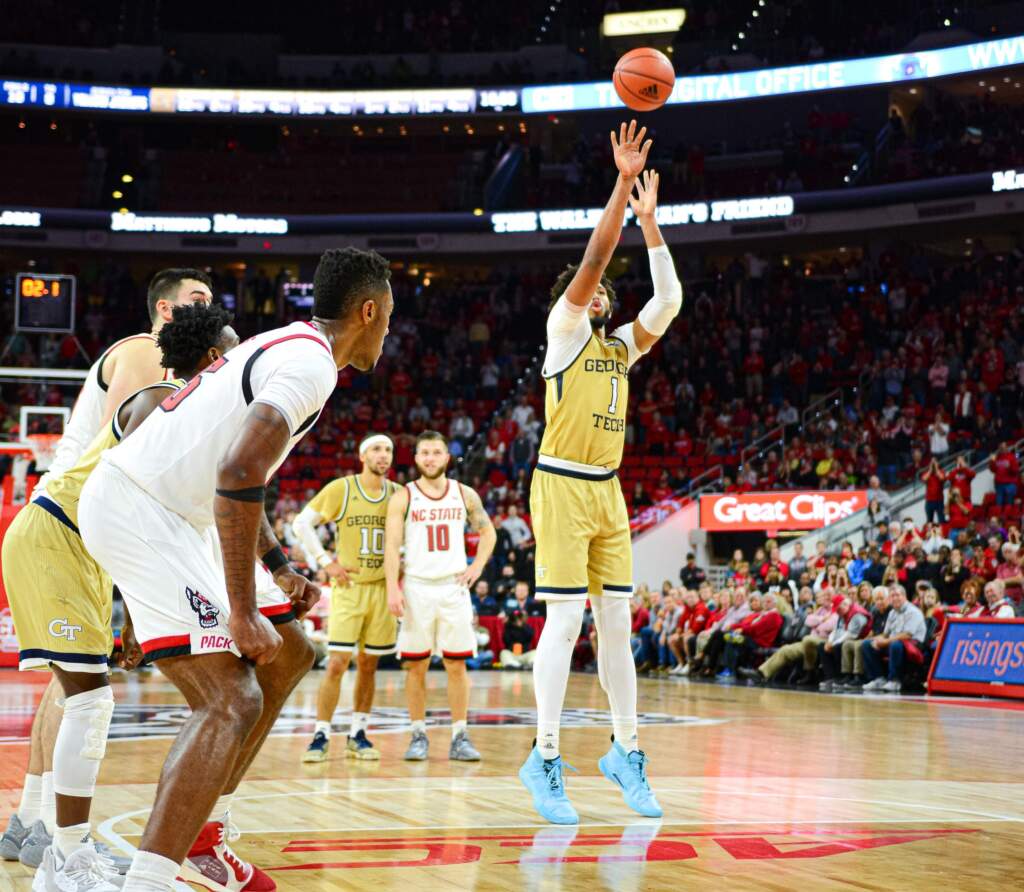 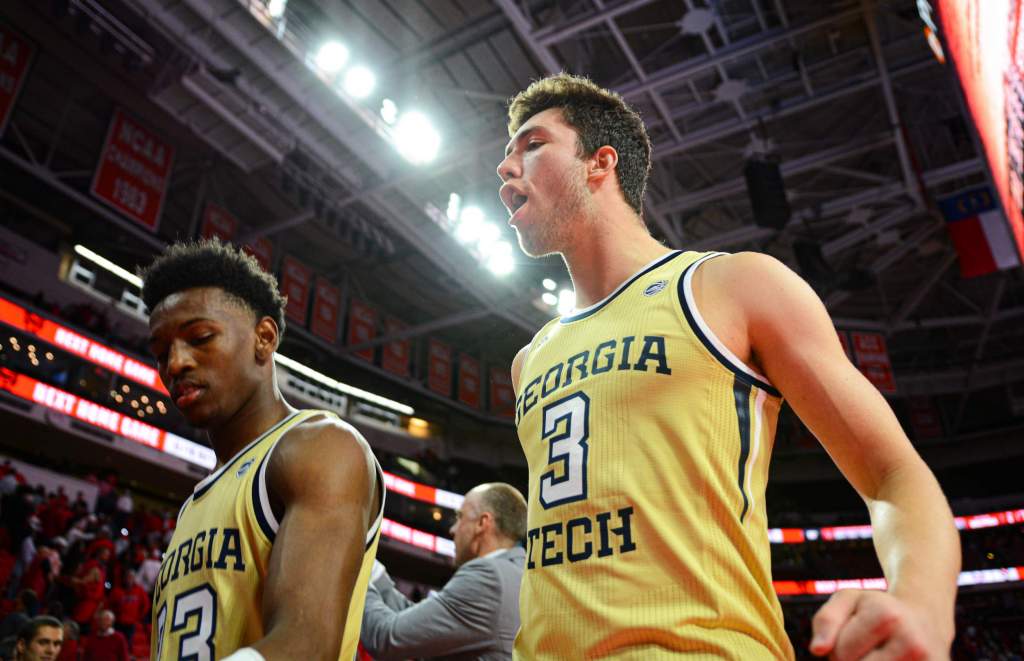