THE FLATS – Georgia Tech running back Jahmyr Gibbs (Dalton, Ga./Dalton) was named the second-team all-purpose back on The Athletic’s 2020 college football freshman all-America team, which was released on Tuesday. 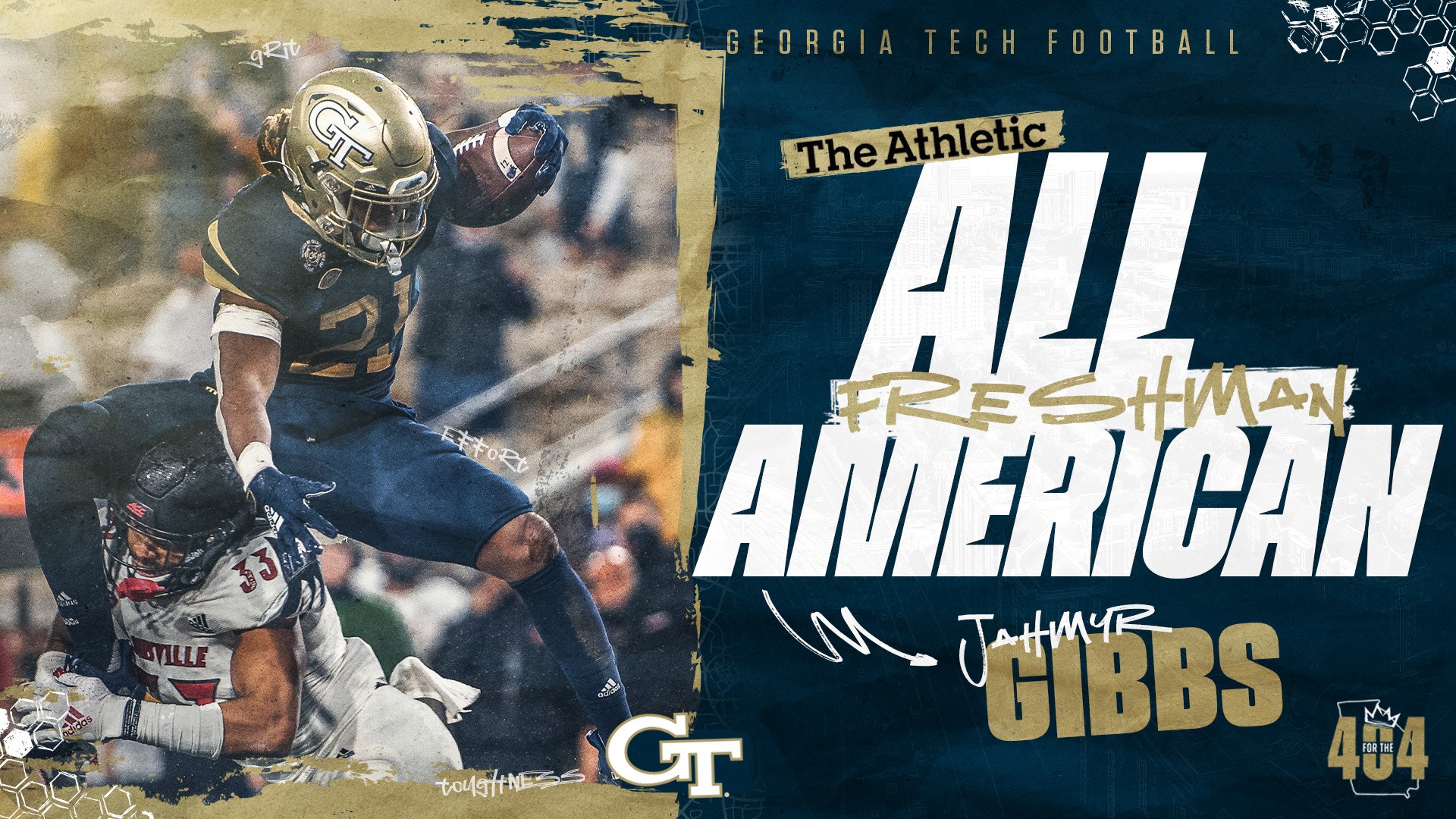 One of the nation’s most dynamic true freshmen, Gibbs led Georgia Tech in all-purpose yards (968) and scoring (seven TDs) and ranked second on the team in rushing yards (460), rushing touchdowns (4), receptions (3), receiving yards (303) and touchdown receptions (3), compiling the gaudy numbers in just six-and-a-half games this season. He also averaged a gaudy 25.6 yards per kickoff return (which would have ranked second in the Atlantic Coast Conference and 22nd nationally if he had enough attempts to qualify for the NCAA’s official statistical rankings). Earlier on Tuesday, Gibbs was named an honorable-mention all-ACC selection as a return specialist.

Since 2000, Gibbs is one of only seven Power Five conference players to compile 450 rushing yards, 300 receiving yards and 200 kickoff return yards in his team’s first eight games of the season, joining an elite list that includes Reggie Bush (USC – 2004), Marion Grice (Arizona State – 2013), Christian McCaffrey (Stanford – 2015), Joe Mixon (Oklahoma – 2016), Saquon Barkley (Penn State – 2017) and Lynn Bowden, Jr. (Kentucky – 2019), a feat made even more impressive by the fact that he missed the season opener at Florida State and left his final game of the season versus Duke before halftime due to injury.

Twice this season, Gibbs had at least 60 rushing yards, 60 receiving yards, one rushing touchdown and one receiving touchdown in a game (Sept. 19 vs. UCF and Oct. 9 vs. Louisville). He is one of only nine players nationally to achieve the feat even once and one of only three (including the only freshman) to do it multiple times, joining Clemson’s Travis Etienne and Fresno State’s Ronnie Rivers.

Gibbs is part of a Georgia Tech freshman class that had three starters on offense (including QB Jeff Sims and RT Jordan Williams) and was recently ranked by Bleacher Report as the No. 8 freshman class in the nation based on their on-field production in 2020.