THE FLATS — Georgia Tech men’s basketball put on a 9-0 run in the second half to pull within three, but was unable to get over the hump, falling 63-58 to Virginia on Saturday night at McCamish Pavilion.

The Yellow Jackets (8-10, 3-5 ACC) shot right at 50 percent overall and tallied their highest point total against Virginia in six years, while the Cavaliers (12-5, 4-3 ACC) finished a shade below at 47.2 percent.

Leading the way offensively for Tech was Jose Alvarado, who finished with a game-high 20 points off 8-of-14 shooting. Also finishing in double digits was James Banks III, who was just one rebound shy of a double-double at 10 and nine.

UVA finished with three double-digit scorers on the night. Jay Huff and Mamadi Diakite led the way with 17 points apeice, while Braxton Key finished with 10.

Georgia Tech now heads back out on the road for a quick one-game road trip at Louisville on Wednesday, Jan. 22. Tipoff is set for 7 p.m. Eastern time and will be broadcast live on RSN.

Jordan Usher (4) had six points on Saturday night vs. Virginia as Georgia Tech shot 50 percent (25-for-50) for the game (photos by Danny Karnik). 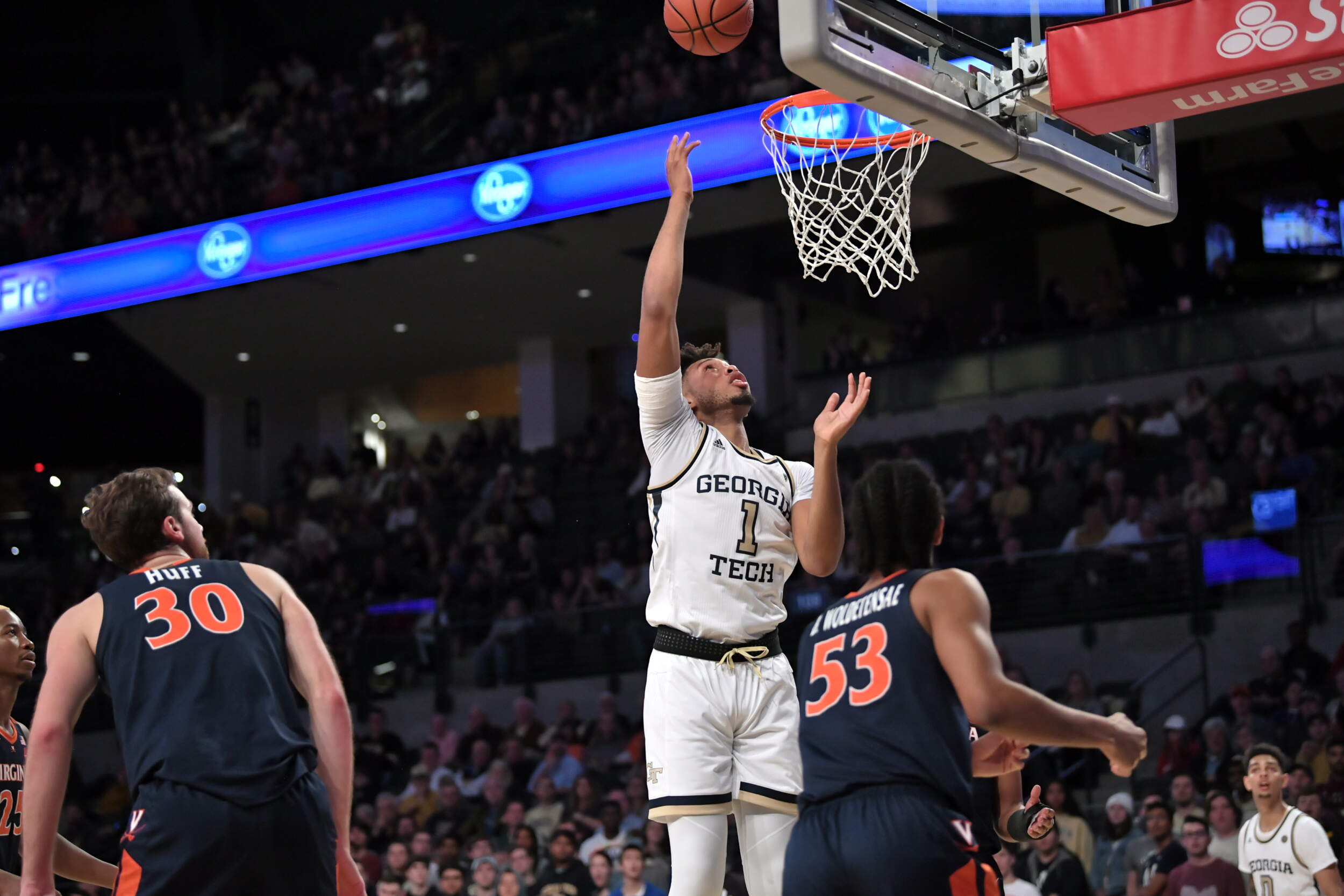