THE FLATS — Moses Wright scored 20 points with five rebounds in his second consecutive strong game, but Georgia Tech was unable to overcome a slow start in the first half and surrendered 12 three-point field goals in a 83-73 setback to Mercer on Friday night at McCamish Pavilion.

The Yellow Jackets (0-2) shot just 38.2 percent in the second-half (31.3 percent from three) en route to finishing at 45.9 percent overall. Meanwhile, the Bears (2-0) got off to a quick start shooting 57.1 percent from beyond the three-point line in the first-half and never looked back.

Wright, a 6-9 senior forward, made 9 of 16 shots from the floor in following up his 31-point night against Georgia State, while junior guard Michael Devoe finished with 14 points. Seniors Bubba Parham and Jordan Usher joined Wright and Devoe with double-digits in scoring, putting up 12 and 11 points, respectively.

An early Mercer run saw the Bears go up by as much as 10 points before Tech tied it up at 29-29 with a layup from senior guard Jose Alvarado with 2:52 left in the first-half. That would end up being the closest the Yellow Jackets came to retaking the lead, as the Bears outscored them 54-44 the rest of the way.

The Jackets had a slight advantage of 35-to-33 in rebounding, as Usher tied to lead the field with Mercers’ redshirt-sophomore guard Neftali Alvarez at eight boards apiece.

Mercer also had four players post double-digits in scoring, with redshirt-junior forward Felipe Haase tallying up 17 points on 6-of-16 shooting. Defensively the Bears were guided by redshirt-junior guard Jeff Gary who scooped up four steals.

Georgia Tech will return to the court on Sunday, Dec. 6, when it faces Kentucky at State Farm Arena in Downtown Atlanta. Tipoff is slated for 5 p.m. ET, and the game will be televised on ESPN. 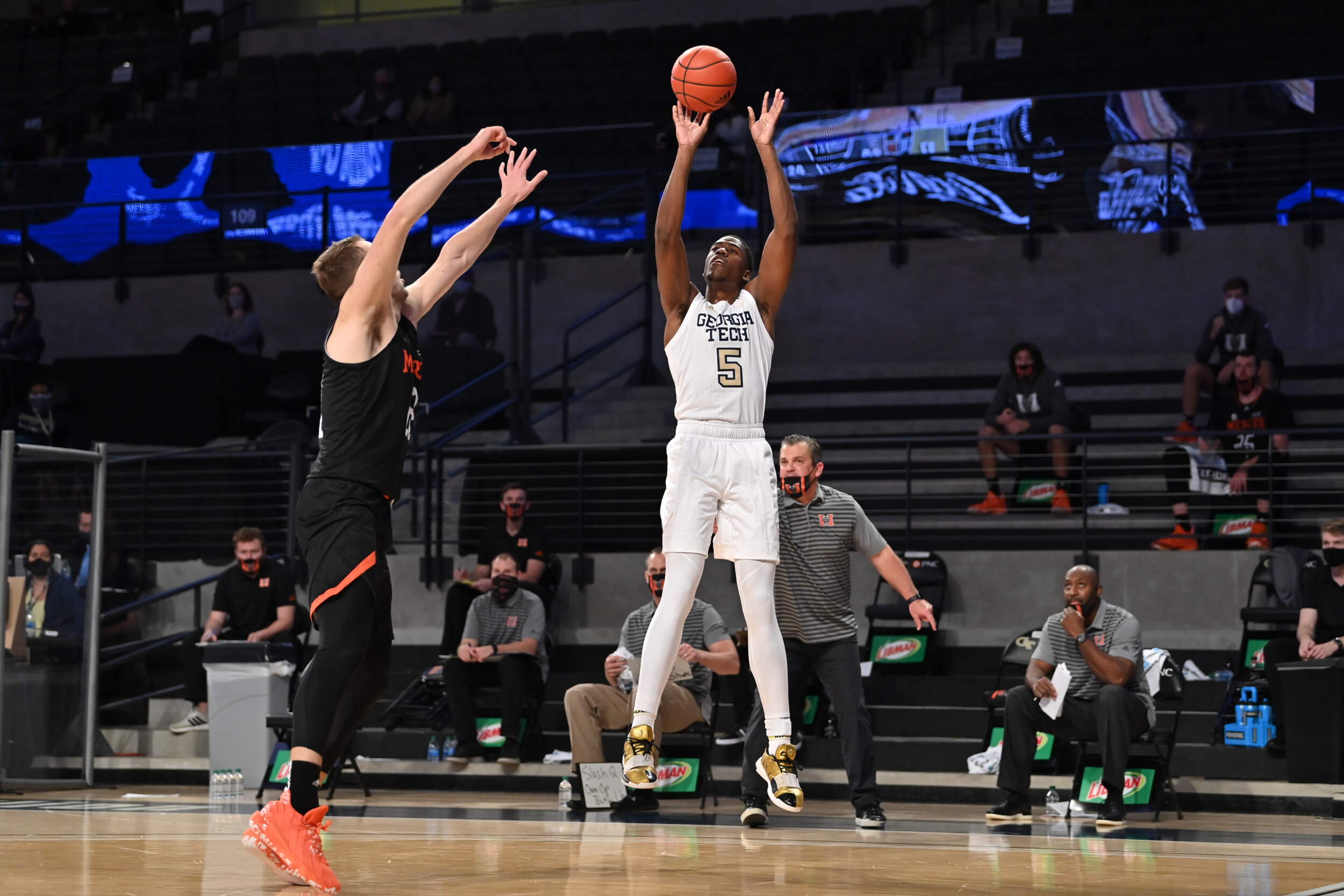 Senior forward Moses Wright put up 20 points in the second straight contest for the Jackets, leading both squads in scoring. photo cutline (photo by Danny Karnik) 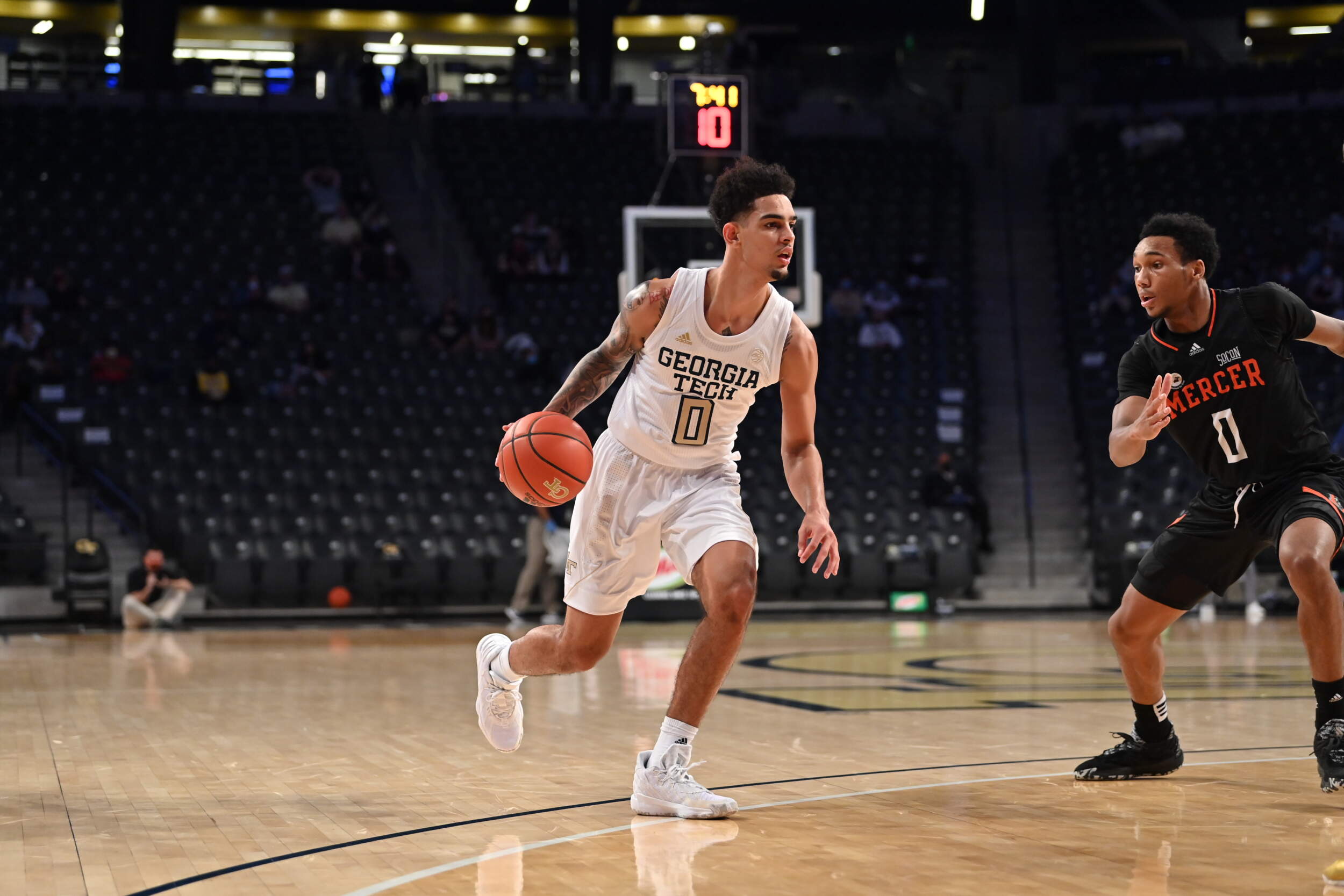 First time in Wright’s career he has multiple 3’s in a game.