Honolulu, Hawai’i – Moses Wright posted a double-double and led three Georgia Tech players in double figures, but the Yellow Jackets couldn’t rally from an 11-point halftime deficit and dropped a 70-59 decision Monday in a semifinal game of the Hawaiian Airlines Diamond Head Classic at the Stan Sheriff Center.

Houston guard Quentin Grimes led the Cougars with 26 points, scoring 23 of them in the first half, including nine straight over the final three minutes to help his team expand a 30-26 lead to 43-32 at intermission.  Houston shot 54.3 percent in the first half to help gain separation, and dominated the boards to the tune of 42-25 to keep the Yellow Jackets from coming back.

Tech steadied itself defensively after the break, limiting Houston to 30.4 percent from the floor and just one three-point basket while forcing 11 turnovers. But the Yellow Jackets hit only 30.8 percent themselves and could come no closer than six points.

Wright finished the game with 19 points and 10 rebounds, his third double this month, while Michael Devoe scored 17 points, including a pair of three-point baskets, and Jordan Usher added 10 for the Yellow Jackets. Jose Alvarado scored seven points with four assists and no turnovers in nearly 36 minutes in his second game back from an ankle injury. 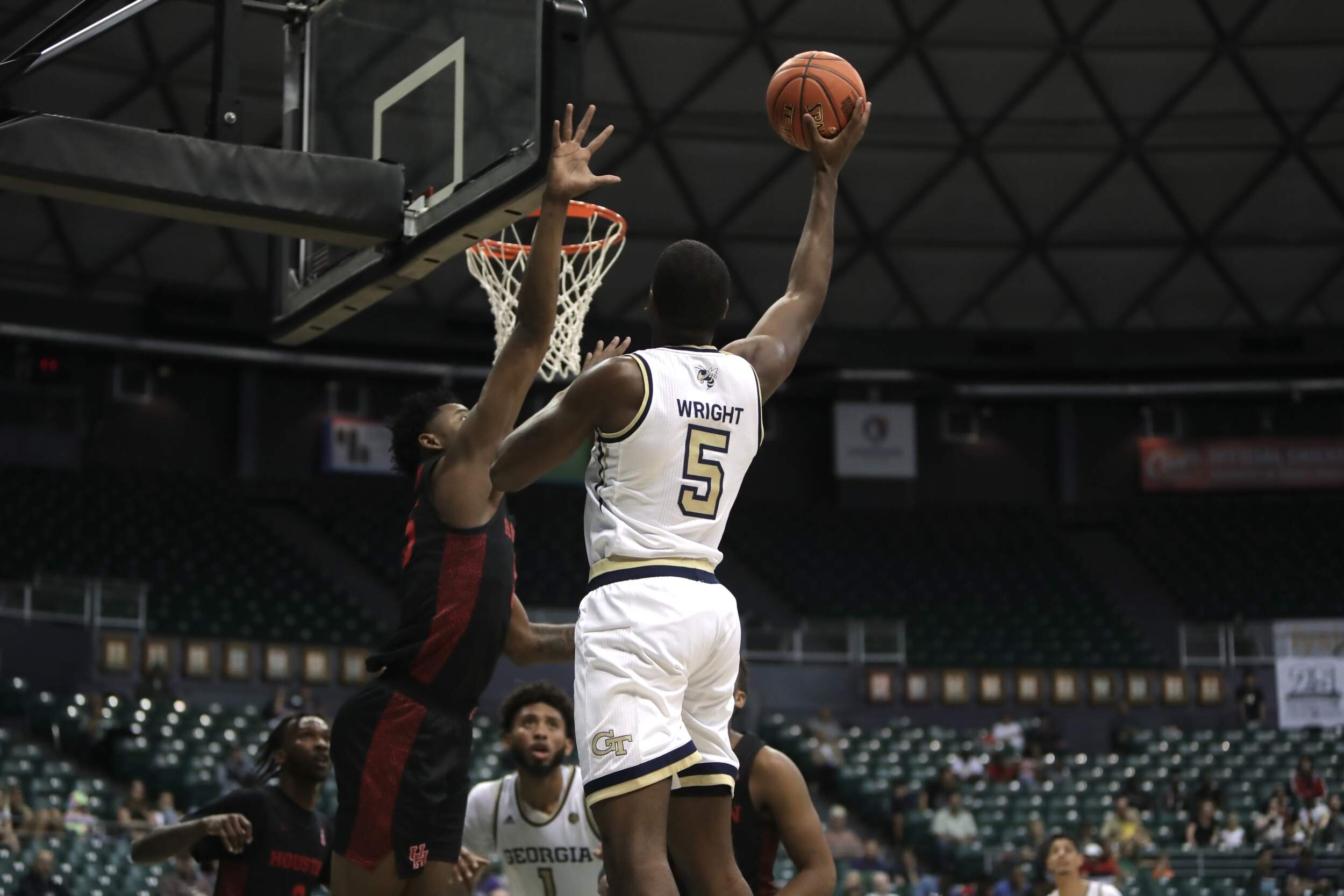 Moses Wright has three double-doubles in the month of December, including a season-high 19 points and 10 boards Monday. (photo by Courtney Metzger) 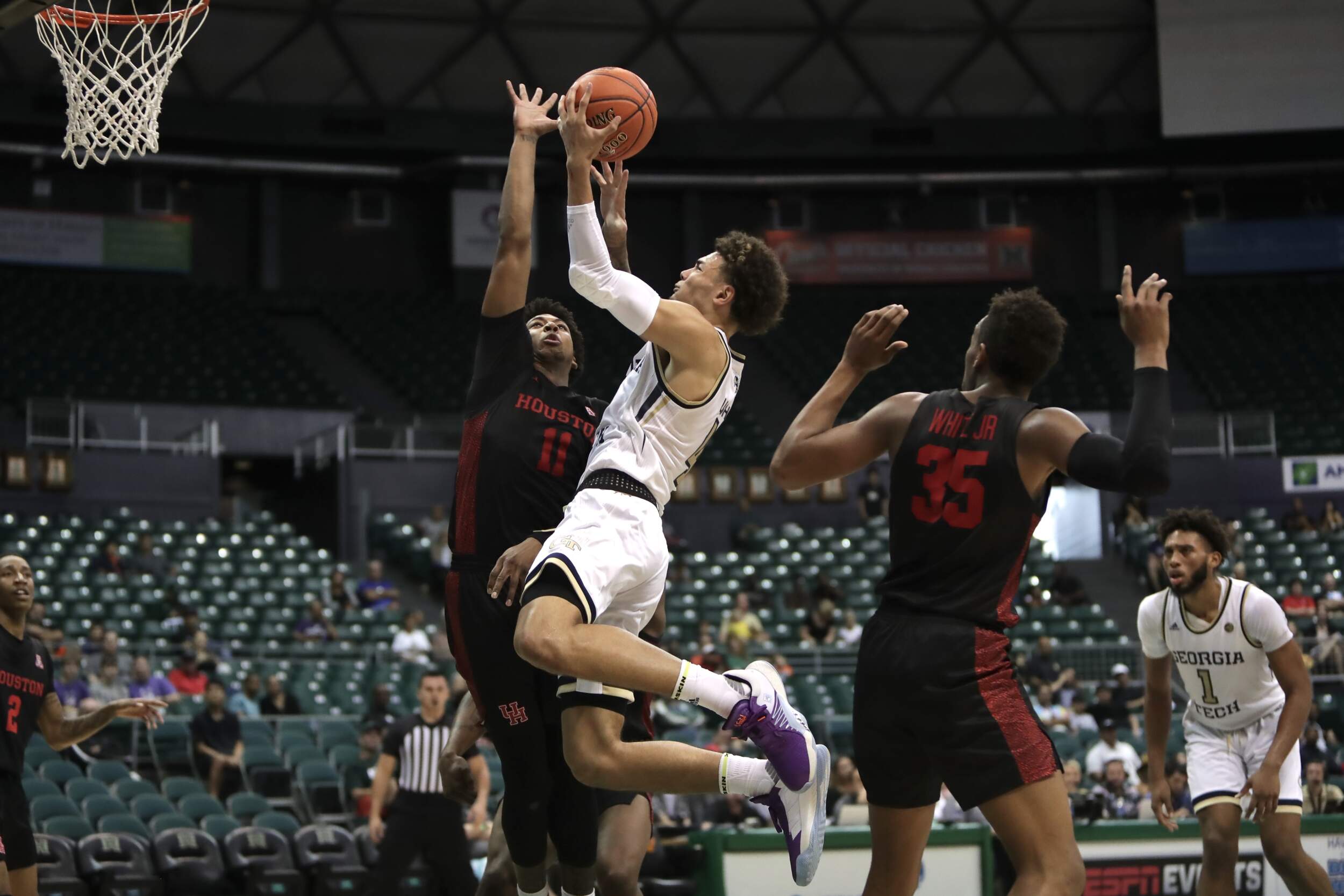