THE FLATS – In the longest game in Georgia Tech men’s basketball history, Moses Wright’s 31 points and 19 rebounds weren’t enough for the Yellow Jackets, as they dropped a 123-120, four-overtime decision to neighboring Georgia State in the season opener for both teams on Wednesday night/Thursday morning at McCamish Pavilion.

In the first four-overtime game in Georgia Tech’s 106-season history, Wright was one of our Yellow Jackets to record a double-double, believed to be the first time that has happened in program annals.

Georgia Tech, which trailed by as many as 11 points in the second half and rallied from a five-point deficit with a little more than five minutes to go in regulation to send the contest to overtime, had its best chance to win the game in the third extra period. Senior Jose Alvarado made a pair of free throws to give the Yellow Jackets a 109-105 lead with just 21 seconds remaining in the third OT. Georgia State’s Justin Roberts cut the Tech advantage to 109-108 on a 3-pointer with 12 seconds to go in the period and fouled Alvarado with six seconds left. Alvarado made the first of the two free-throw attempts but missed the second, which led to a fast-break opportunity for the Panthers after the rebound. Wright fouled GSU’s Collin Moore with just one second left on the clock, and Moore made both free throws to send the game to a fourth OT knotted at 110-110.

Tech led 116-114 with less than two minutes to go in the fourth and final overtime period, but turned the ball over on back-to-back possessions to allow GSU to put together a 5-0 run that gave the Panthers the lead for good.

Wright led five Yellow Jackets in double-figures with his career-high 31 points and snared the most rebounds in a game by a Tech player in nearly five years. Alvarado scored 29 points with 10 rebounds, Michael Devoe scored 24 with 12 boards, Bubba Parham scored 16 and Jordan Usher added 15 (with 10 rebounds) to round out the five Jackets in double figures. Wright’s double-double was the eighth of his career, while the others accomplished the feat for the first time.

Roberts led Georgia State with 26 points and Kane Williams added 21 points and 12 rebounds for the Panthers.

After playing 60 minutes in Wednesday’s opener, Georgia Tech returns to action in less than 48 hours when it hosts Mercer on Friday night at 8 p.m. The game will be televised on the ACC’s Regional Sports Networks, which includes Fox Sports South in Atlanta. 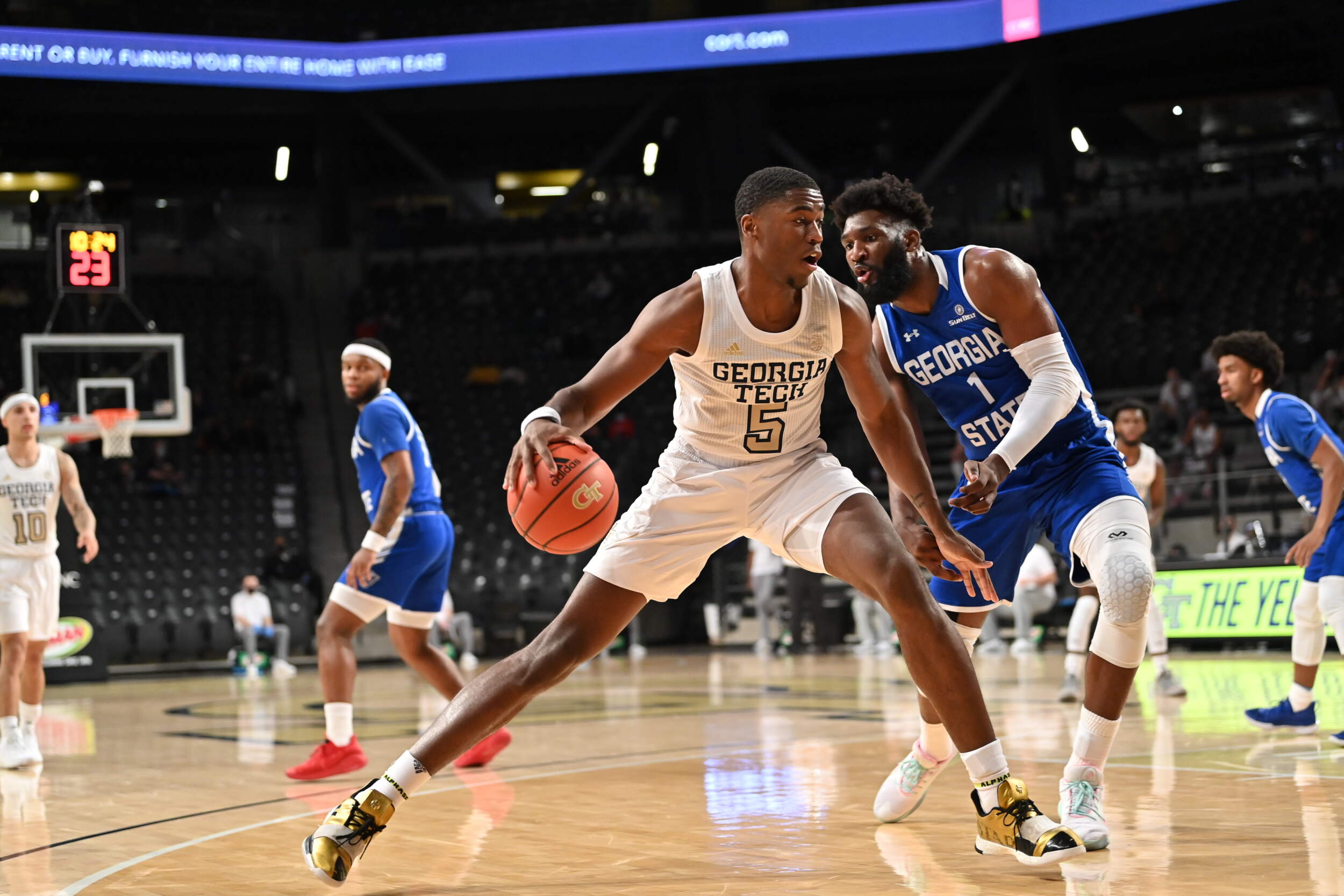 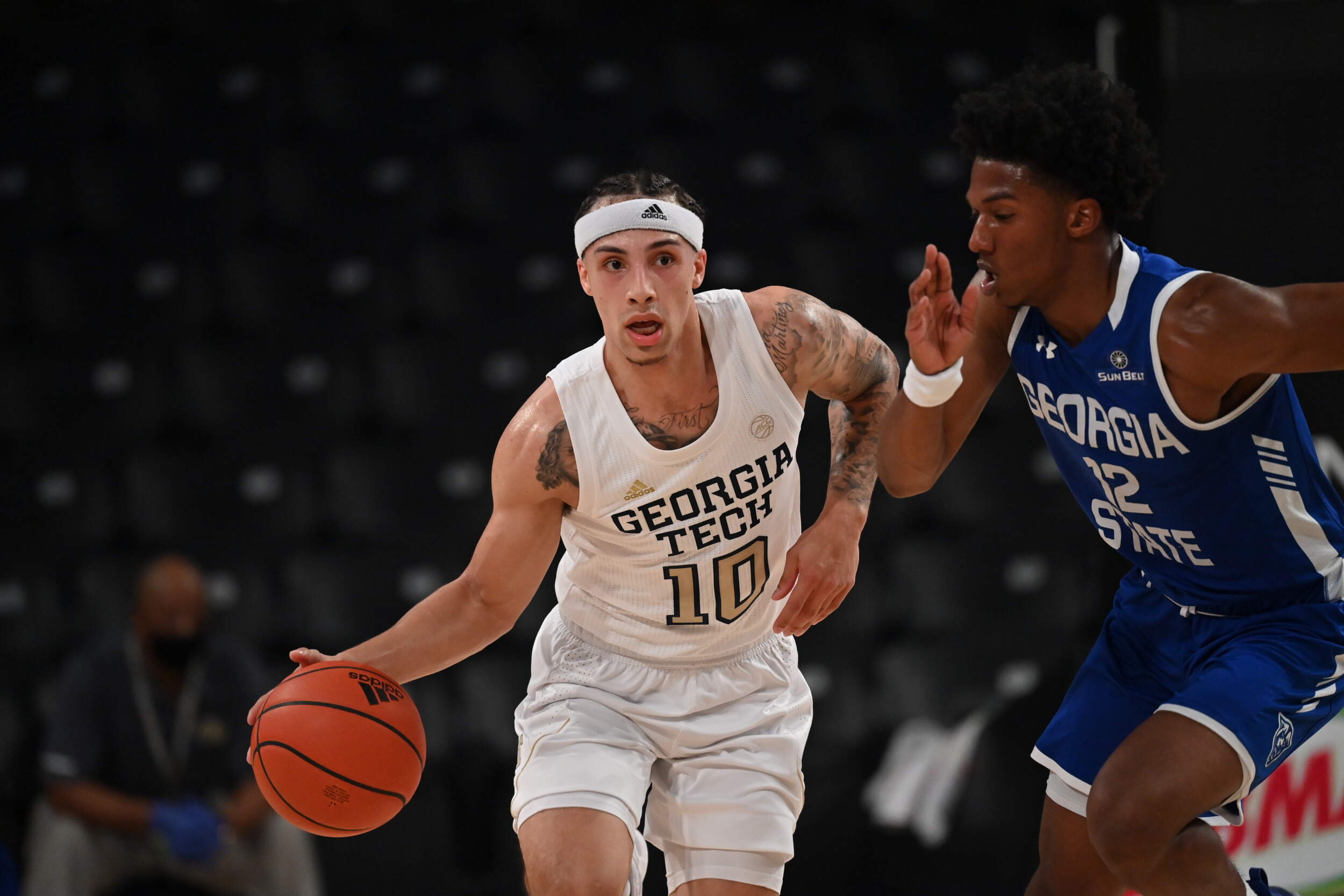