Tallahassee, Fla. – Michael Devoe drained a career-high six three-pointers on his way to a game-high 19 points, but No. 18 Florida State slowly pulled away in the second half and captured a 70-58 Atlantic Coast Conference basketball victory on Tuesday at the Donald L. Tucker Tucker Center.

In a battle of two of the best defensive teams in the country, Florida State blocked nine Tech shots while forcing 20 Yellow Jacket miscues, and managed to hit 53.3 percent of its shots after intermission with field goals from eight different players.

Devoe led the Jackets, hitting 6-of-13 from the field including 6-of-8 from long range. Moses Wright finished with his fourth double-double of the season, scoring 13 points while pulling down 10 rebounds, while Jordan Usher added 11.

Next up for the Jackets is a trip to Chapel Hill to take on North Carolina on Saturday, Jan. 4 at 6 p.m. The game will be televised on ACC Network. 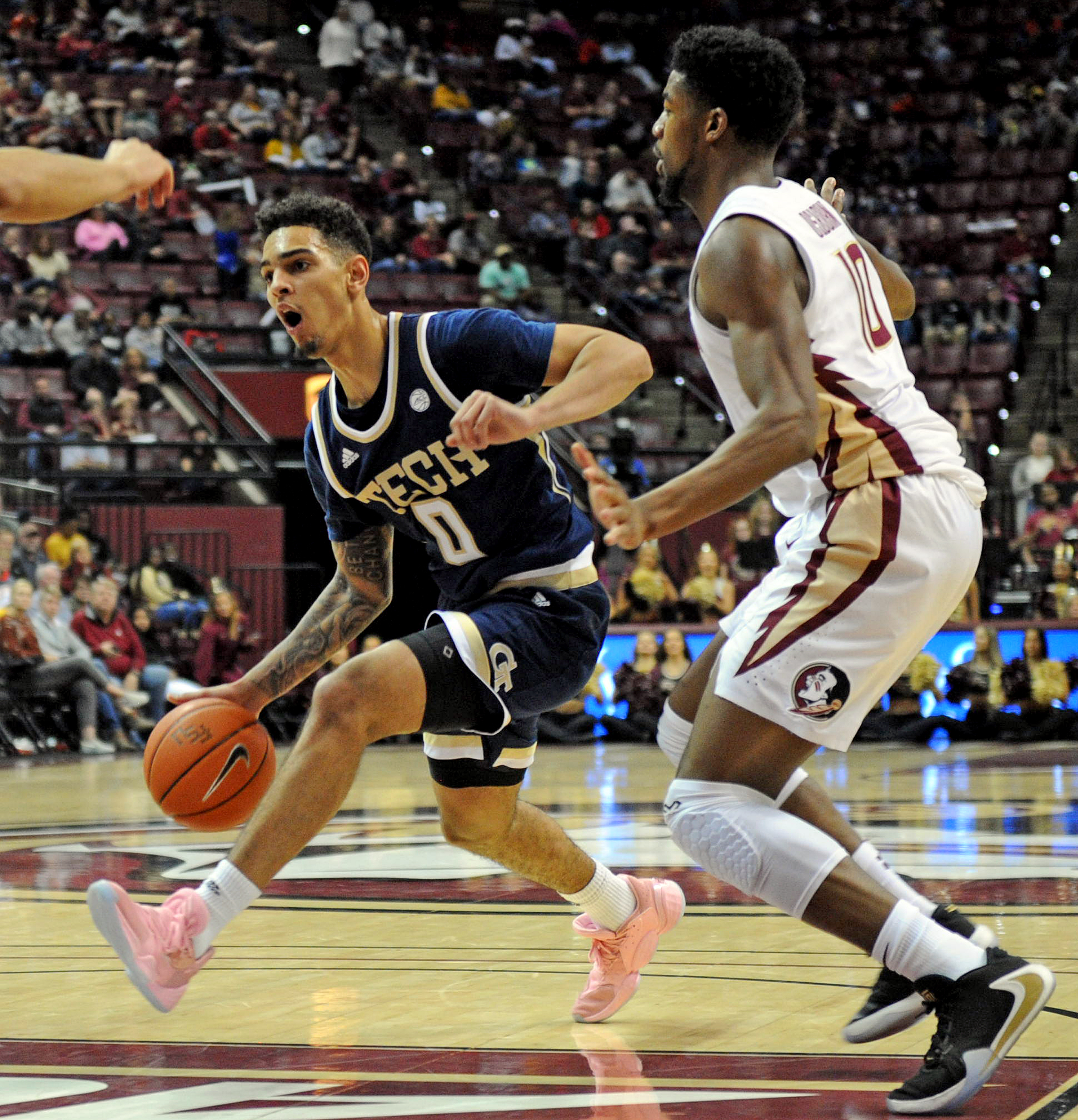 Michael Devoe connected on a career-high six three-point field goals, more than in his three games in Hawai’i combined. (photo by Bob Myers)

James Banks had six points and eight rebounds for the Jackets. (photo by Bob Myers)