TALLAHASSEE, Fla. — Three double-digit scorers led Georgia Tech men’s basketball in its Atlantic Coast Conference opener, but hot shooting from No. 15 Florida State proved to be too much as Tech fell 74-61 at the Donald L. Civic Center on Tuesday night.

The Jackets trailed 18-8 early in the first half but battled back on a 12-4 run to tie it up at 22-22 at the 4:58 mark, with Usher scoring seven of the 12 points for Tech in that span. Georgia Tech shot 54.5 percent (12-for-22) overall in the first, but the Seminoles drained 6-of-11 shots from three in that half giving them a slight scoring advantage at intermission. Even though Usher and Devoe finished the opening half with 10 points each FSU went into halftime with a 36-29 lead.

The Seminoles got off to a hot start in the second, outscoring the Jackets 13-6 in the opening seven minutes of the half to go up 51-35, their largest lead of the game. Georgia Tech started to mount a significant comeback going on a 17-4 run in just over five minutes of game time to bring the matchup to within three points at 55-52. 11 of Wright’s 12 points came during the second half of play. However, FSU held onto the lead the rest of the way through, finishing the game with five players in double-digits in scoring.

Devoe was the only player on the court to rack up more than 20 points, followed by FSU’s leading scorer Scottie Barnes at 16 points. It was also Devoe’s second time scoring 20-plus this season.

Georgia Tech returns home Friday to take on Florida A&M (0-4, 0-0) at McCamish Pavilion. The game tips at 7 p.m. (EST) and will be televised on the ACC’s Regional Sports Network RSN (Fox Sports South in Georgia). 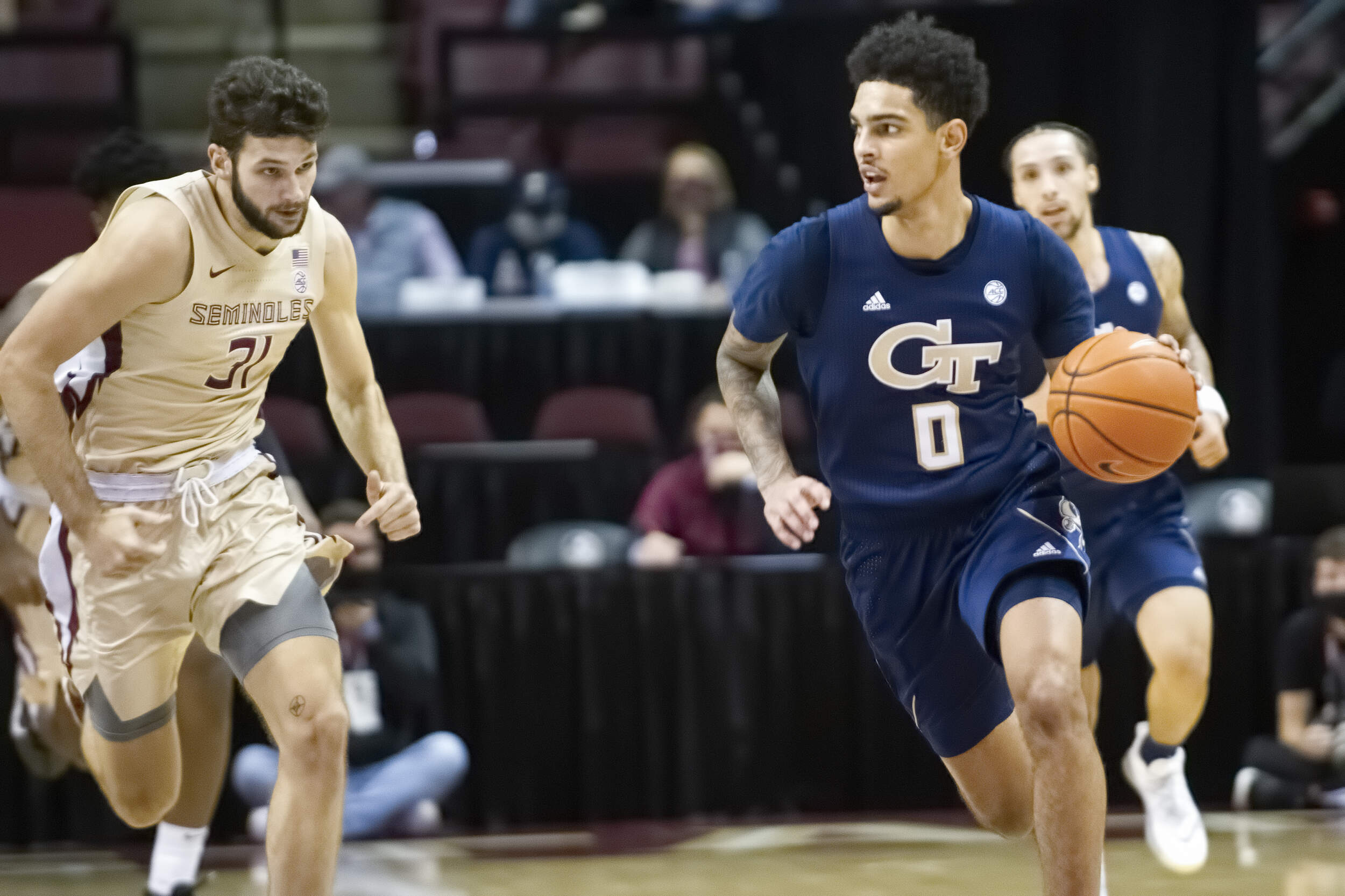 Michael Devoe (0) scored a game-high 21 points for Tech on Tuesday evening, the second 20-point effort for the junior this season. (photo courtesy of the Atlantic Coast Conference) 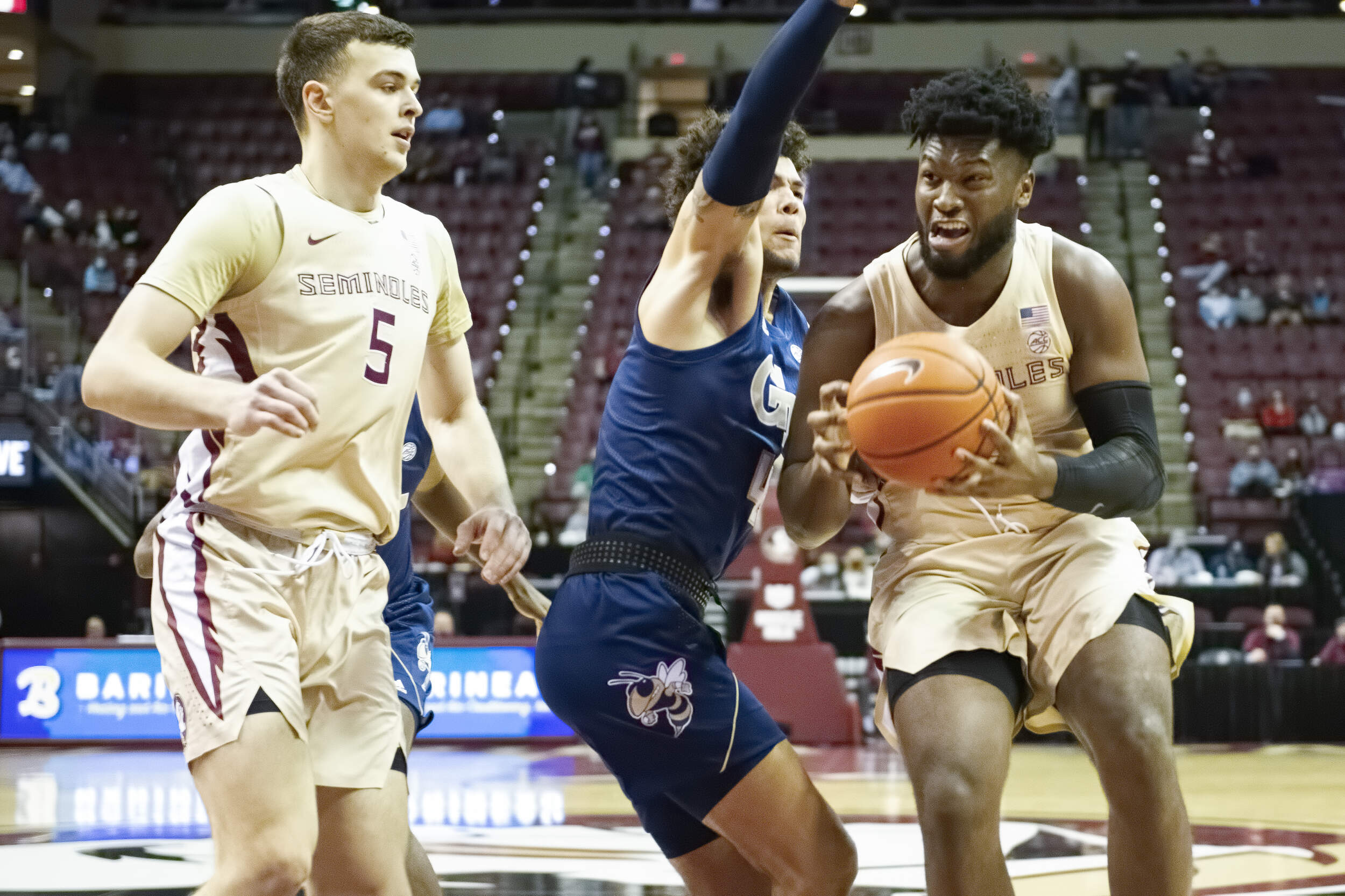