At half, the Yellow Jackets found themselves up 40-30. Alvarado led Tech in scoring in the first-half, putting up 12-points as he drained his last four shots of the half. Defensively in that half, Tech forced 13 total turnovers, scoring 14 points off of those opportunities. Usher posted season-highs with four assists and three steals all before intermission. Usher would finish the game tying his career-highs in assists, six, and steals, four.

The Hornets brought it to within a two-possession game in the second at the 17:45 mark after junior forward Ameer Bennett scored three points off of an and-one. Tech answered back with a 33-9 run over the next seven-and-a-half minutes, with Alvarado scoring 17 of his points during that time span. Helping to seal up the win, Tech had a slight 35-to-30 advantage in rebounding as freshman center Saba Gigiberias’ game- and career-high six rebounds led the Jackets efforts on the boards.

The Yellow Jackets return to action on Wednesday, Dec. 23, as they hit the road to take on UAB (7-1, 0-0 C-USA) at Bartow Arena. Tipoff is set for 8 p.m. (EST), and the game will be broadcast on CBS Sports Network. 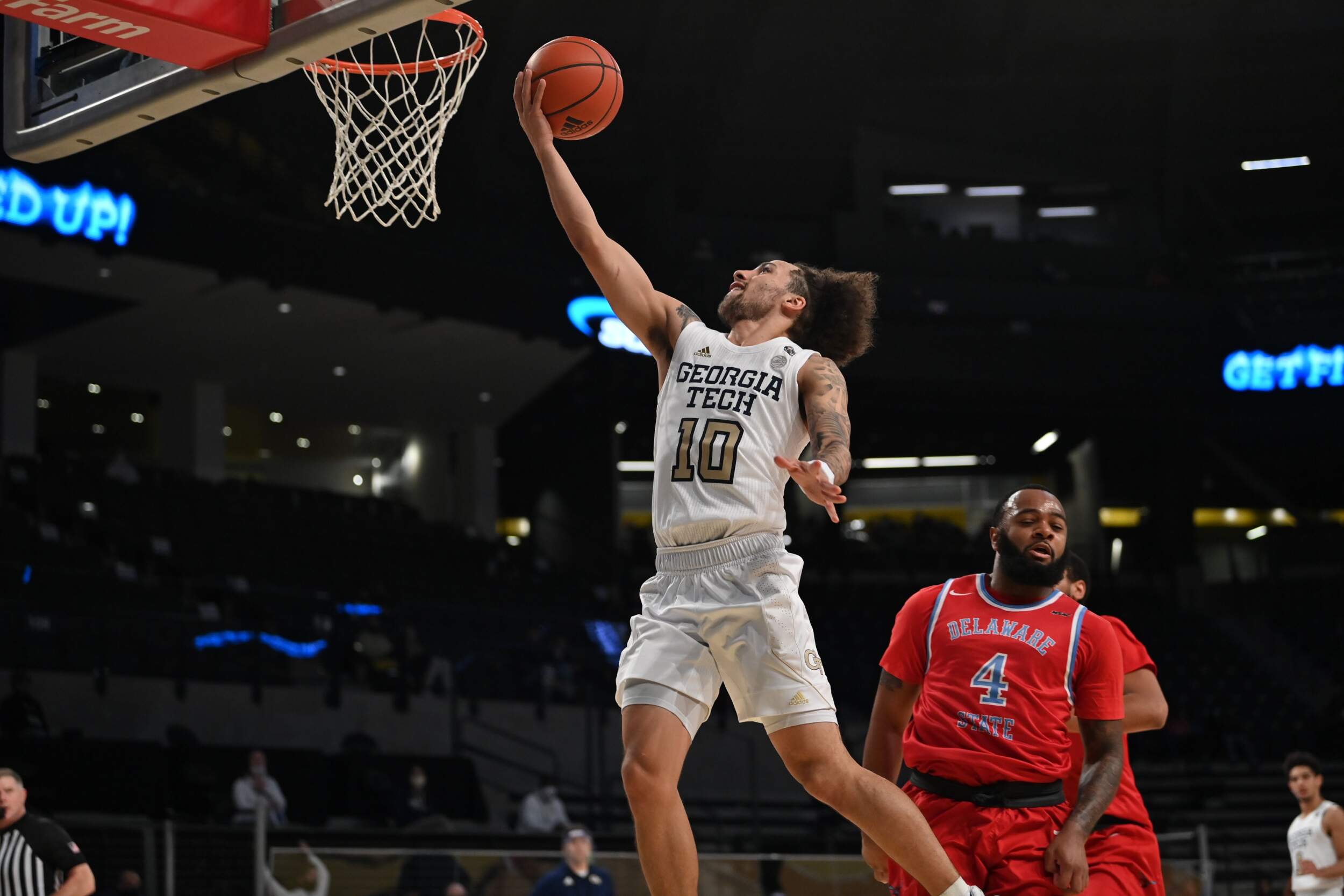 Senior guard Jose Alvarado had a 29-point performance to lead the field in scoring, setting a new career-high in the process. (photo by Danny Karnik) 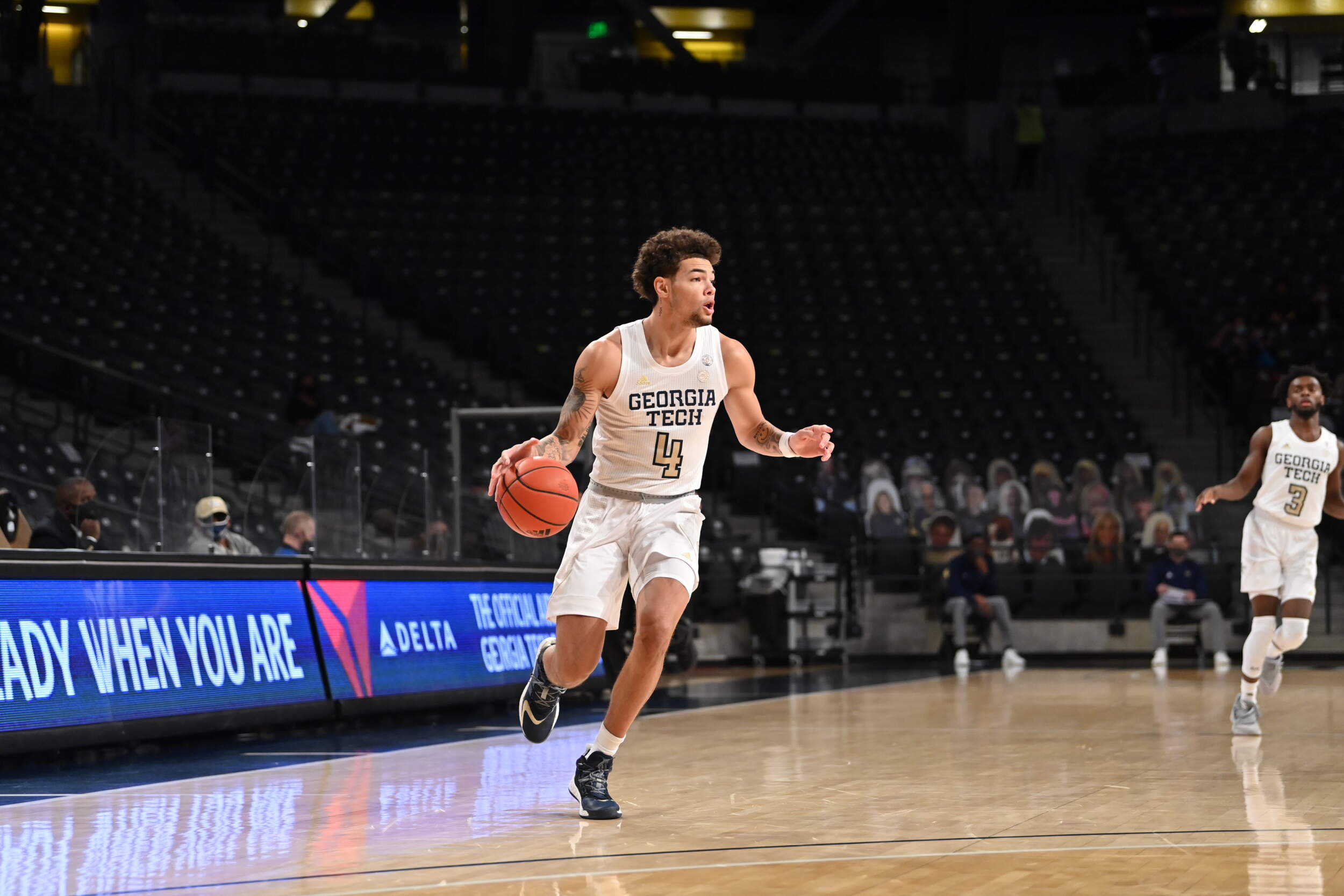